Anyone done this? I see conflicting reports elsewhere, but nothing saying “no” outright.

As long as it’s a moderate/light amount it should be fine, right?

Thinking of attaching a canopy to the frame with it.

So I usually dip canopies in future to start with. Prevents fogging if using super glue. I have used Tamiya glue with no really issue if using lightly. These days I would be tempted to use acrylic gel medium as the glue. Water wash up:

I use it frequently but there is the risk of it running onto unwanted areas .

One article said if used heavily to the degree it cements the parts, mixing the gray and clear plastics could cause cosmetic issues. I guess you haven’t experienced that, @RDT1953 ?

You need very little to cement the parts - place the parts in position and touch the brush to the joint - let capillary action draw the cement along the joint . Don’t hold the parts in place with your fingers or tape - anything that the cement could run under and ruin the part . Experiment with joining clear sprue to color sprue . Problems will arise when the brush has too much cement. If you do get cement on the clear parts in unwanted areas it can be polished out after it has hardened but there may be loss of detail due to the polishing.
All of the clear parts on this build were actually sanded down and polished out from the inside to a more scale thickness and cemented with Tamiya Xtra thin .

Thanks D - always appreciate your input . I’ve made some progress - wings together - solid navigation lights sawn away and replaced with clear sprue. Small holes drilled in back of sprue and painted with clear red and green - glued in place then sanded to shape and polished out with progressively finer grades of abrasive. [image] [image] [image] Spatted undercarriage built up . A heads up to all who may wish to build this kit - the landing light reflectors need trimming or they won’t allow…

I use Microscale Kristal Klear. It looks very similar to white glue. (which also works great)
Both are water soluble, and as they thicken you can smooth them out and use them as a filler as well. I use it on cars, aircraft, even locomotives.

I’ve used it on clear parts too. As @RDT1953 says get the parts in place and touch a very small amount to the seam. Should be fine. The canopy in this avenger was attached with extra thin with no issues 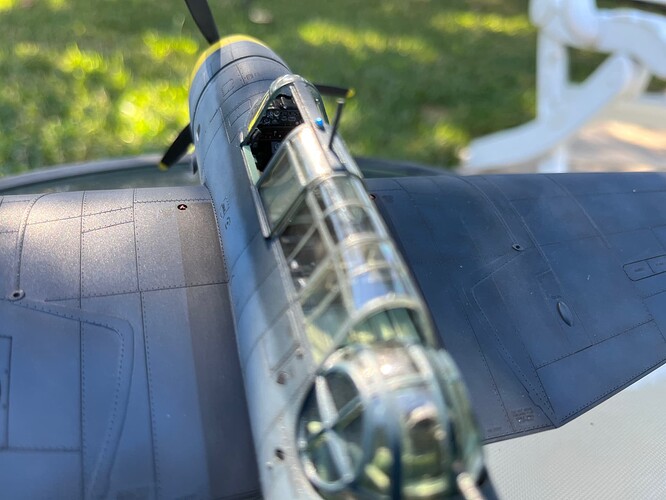 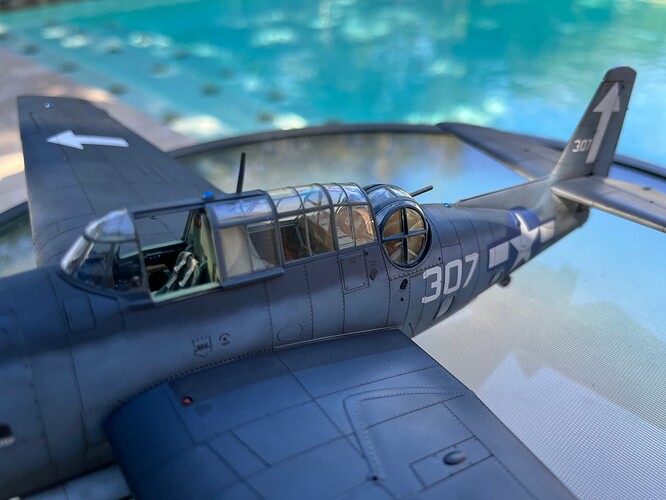 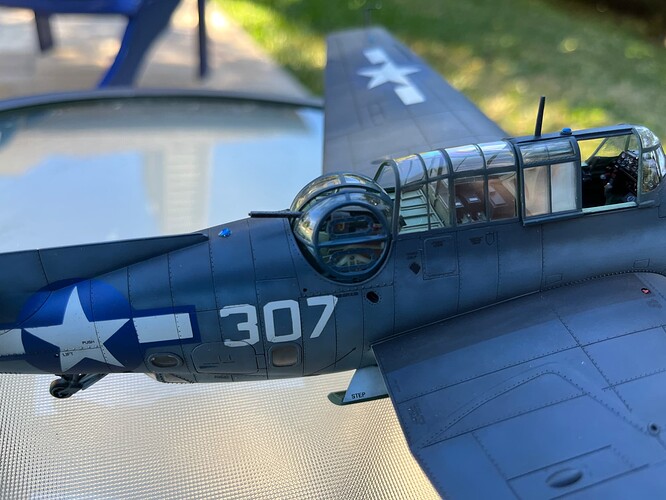 With clear parts, I don’t risk it. I use either Canopy Glue or Kristal Klear 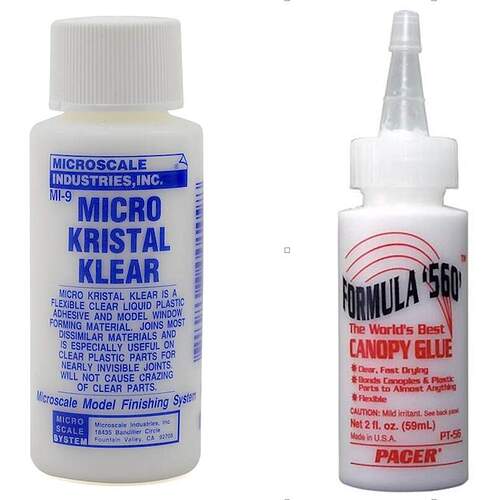 Thanks everyone. Very helpful.

I used Tamiya extra thin on all the clear parts in my AFV Club Centurion - The cupola is all one clear piece, the periscope cover on the turret front, and the covers on the hull hatches : 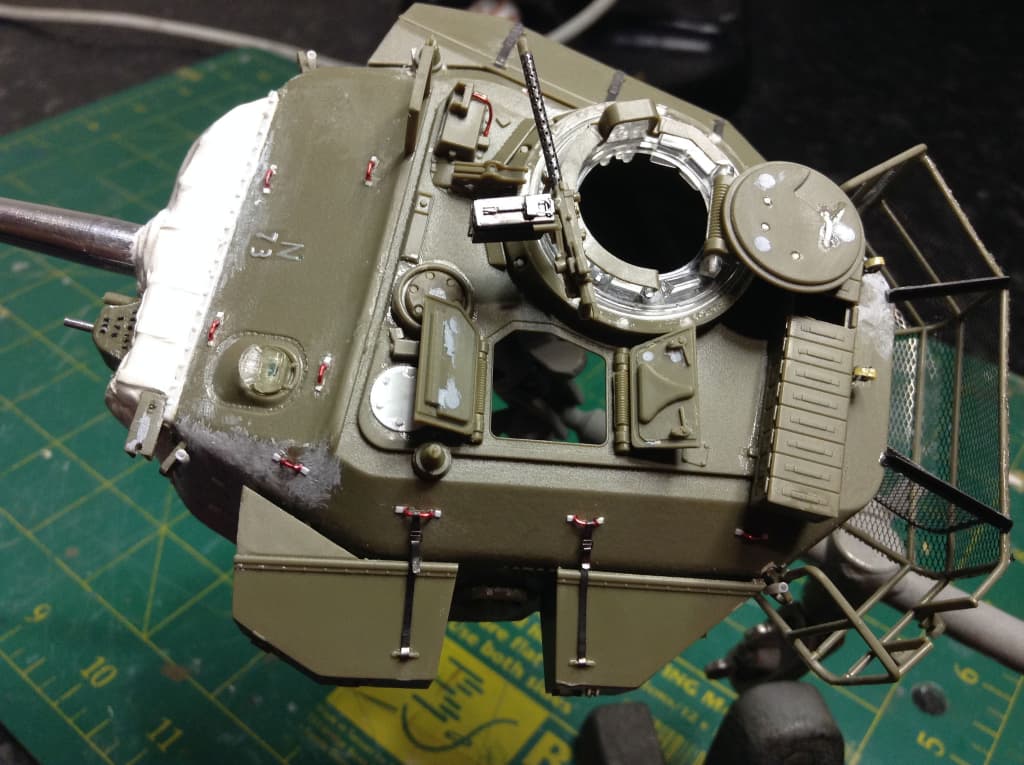 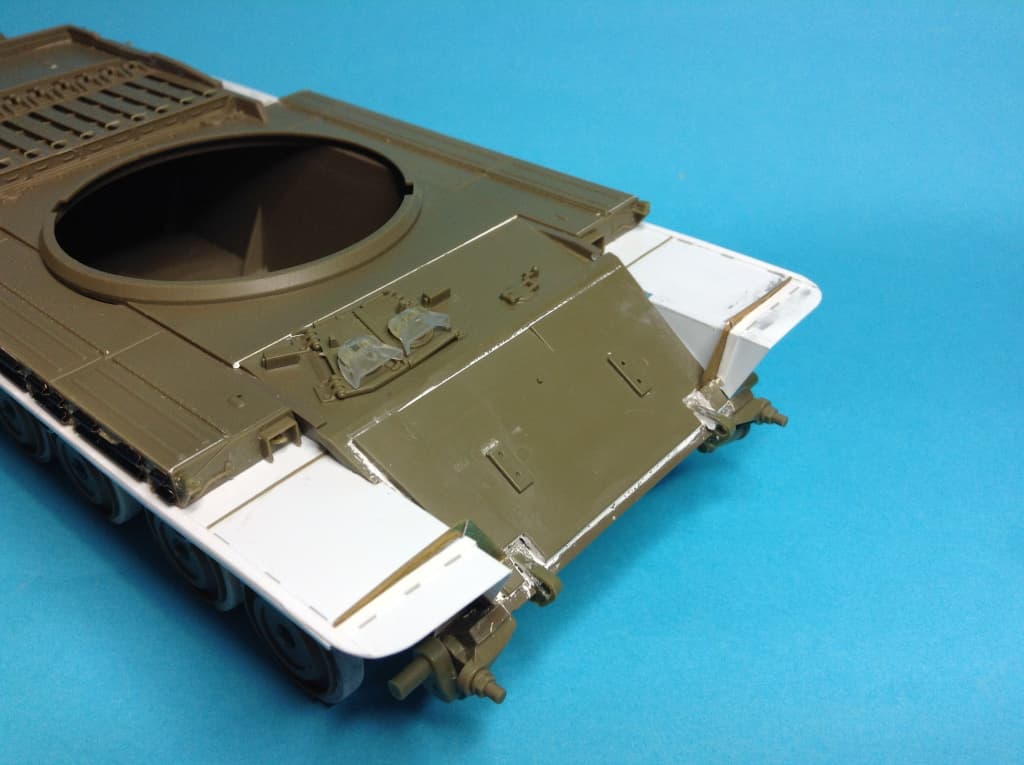 The kit parts are more opaque than an aircraft canopy, and the clear parts were a bit rubbery, but they hold tight with just a touch of a lightly damp applicator. Note the scope cover on the forward turret section has remained perfectly see though - you can see the location hole! - even though the extra thin would be a film between those parts.

I find that some guys do not realise just how little you need for a strong bond. They flood one surface in the hope it will not evaporate before they put the parts together, but placing the parts together and letting a smidgen of glue whisk around by capillary action is all you need.

Just make sure your fingers are well away from the join or it will travel up it and leave a nasty finger print on the model!

small addition to what @petbat wrote:
The solvent in Tamiya Extra Thin and other “solvent-only” glues will evaporate. If the evaporation goes into a closed space (inside vs outside a cockpit) it may fog the inside surface of the clear part.

The answer to the original question depends on at least three factors:

A few years ago I was told by a hobby-shop employee that Tamiya formulated their “limonene” extra-thin specifically for transparent parts. I’ve never tested it on same, but it certainly didn’t perform as well on ordinary styrene compared to their standard extra-thin.

@Uncle-Heavy @petbat that makes sense. Fortunately I haven’t gotten in the habit of using too much, thanks to having watched a lot of good technique on YouTube before getting back into this.

I usually dip the applicator brush, then touch the neck of the jar to lose most of the glue. Sometimes do that twice if it’s a delicate part. Then touch the seam at a few places.

@Uncle-Heavy your point about a closed space gives me some concern. I was planing to use extra thin to glue the windscreen and canopy on my Airfix Mustang. Guess I’ll be super careful not to apply so much it leaks to the inside.

Although it can be done, I’ve found that using one of the acrylic glues (most often for myself, common artist acrylic gloss or matt medium) works quite well as long as the clear parts fit good.

Lots of dry fitting and adjusting to make sure that all joints are tight before applying solvent helps a little by ensuring that there is a lot of area where capillary action can work.

The answer to the original question depends on at least three factors: