Group Build Description: In the twin-engined bomber campaign thread, there was an interest in doing 4 engine planes. So, how about a big plane campaign? Not sure how to flesh it out, but looking for planes with 4 (or more) engines. I’m thinking it could be bombers, big transports, anything that really is a big plane. What do people think?

The joy of entering events…

Aha! Delete the front bit that says event, then enter the event and it works fine.

If we’re starting next year, I might be interested.
I’ve got a couple I’ve sat on for quite a while I need an incentive to actually start!

Was really hoping to also get a 1/72 Airfix B-17 for this campaign but can’t find it in stock. In lieu I may pick up a 1/72 Lancaster or a an Avro Shackleton 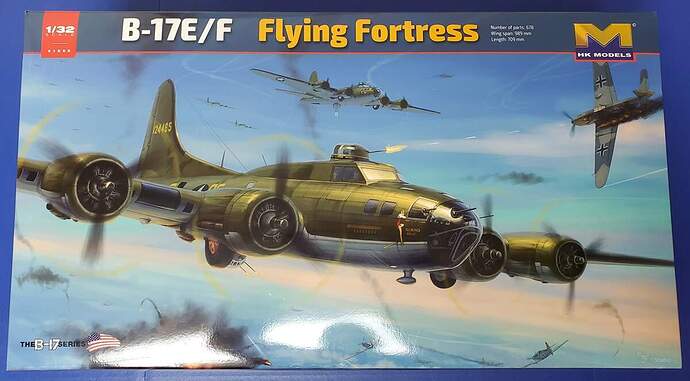 I’ve seen people hang a tennis ball from the ceiling of their garage so they’ll know where to stop when pulling in. Perhaps you could hang one of these from your garage ceiling for a similar purpose? Think of the novelty of it!

I have the ‘G’ plus the Hobbyboss B-24. I’m not ready for this one just yet. Maybe if it doesn’t start until after January…

Great idea! I can even paint my roof to look like an airstrip somewhere in the English country side

Quick look in the stash revealed a couple of Academy B-17’s and the new Airfix Fortress III.
Lancasters from Matchbox, Revell and the Airfix B.II.
A couple of Halifax’s.
Three B-24’s, 2 Minicraft and a Revell.
And Italeri’s XB-35.
Definitely need to pull my finger out and actually build one of these.

Somewhere I’ve also got Revells Iron Maiden 747. Might be a fun build and something very different!

Edit: Flight 666 still remains unaccounted, but I have just spotted a Shackleton, Valiant and 2 Victors I had completely forgotten about. How I forget kits in boxes that big I shall never know!

I am in for this one. Plenty of kits in the stash with four engines!

Im in. Plenty to choose from in the stash, and maybe a good opportunity to buy more stuff …

I’m totally in, and initially thought B-17G (go Michael go!!) and rethought things. My youngest niece finds this hobby a bit fun, and she’s really good at closing long seams. So, third time will be a charm doing Monogram’s B-29. And yes, this is a big plane!

Another thought would be for you to do the B-17 and give you niece the B-29 to enter?

Regardless, I’m looking forward to it. This will be a fun campaign to watch.

Looks like enough people are interested. Giving it a nudge for people to take a look at again…