A short story about Voyager´s history until the current time:
Voyager 1 and 2 space probes were launched in August 1977 when I was barely 6 1/2 years old. I can not remember about this happening. But today almost everyone knows these spaceships which carry golden discs with descriptions about our planet system, our lifeform and music, voices and sounds of our planet earth just in case one extraterrestrian species “stumbles” over one of these probes

. They are outfitted with radionucleid batteries which enabled them to last until today. As the energy of the batteries are already almost empty many experimentals have to be switched off one after another until 2025. It is believed to receive signals until maybe 2036. Already now Voyager is the most distant man made object in space and the one with the highest speed departing man made object in space. Both probes already left our solar system and flies in interstellar space. Absolutely Fascinating, isn´t it?!

To be honest I really like spaceships but until now I never tried to build one. I even have just a single one in my modelling stash; its HASEGAWA´s unmanned space probe VOYAGER in 1:48 scale. 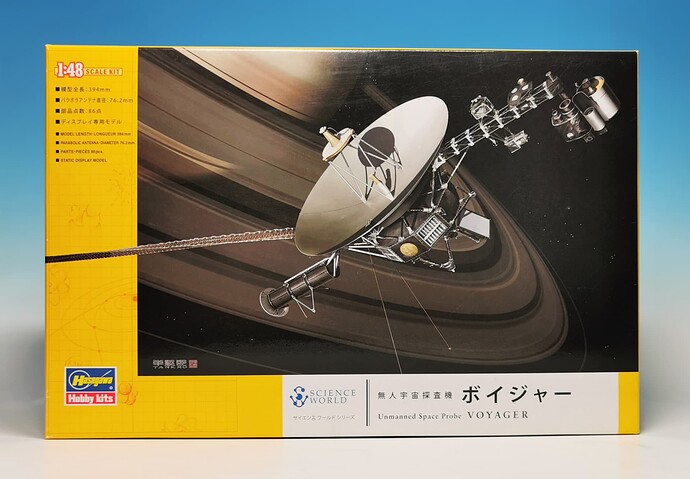 I also have the extra PE-Set from Eduard for it. 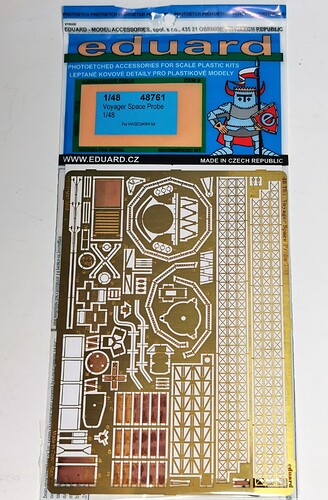 Ooh - I’ll boldly go along with you on this one! What are the rest of the parts like?

Yes you will. Nice subject matter. I have been wanting to get this kit for a while but keep getting distracted with other models. Way to many distractions I say

Something entirely out of my comfort zone and I will be following with great interest Thomas - thanks for something new and different.
Richard

You have me along for the journey too. A fascinating subject and interested to see how the aftermarket improves the kit.

Thanks for sharing Thomas!

Yes, I’ll ride along on this voyage.

I got their manuals on Chieftain, Challenger, and Bismarck, but so far the missus won’t let me park any of 'em on the driveway! What chance of getting a Voyager just cause I buy the book?

I gotta ask - does the PE set include the gold record bolted to the side?

Really interesting build Thomas, don’t think I’ve ever seen one built around here
By strange coincidence, I’m currently watching Star Trek TMP and can’t help but think this kit would make a great base for a diorama. Will have to keep my eyes peeled for one.

Hello and welcome aboard

The rest of the kits part are mainly three frets, two in black and one in white. And there is a small golden fret with the disc and an ridiculous looking alien figure (which will not be used) and a half globe in translucent blue with a small wire to work as a pedestial. I will also not use these as I have another solution in mind: 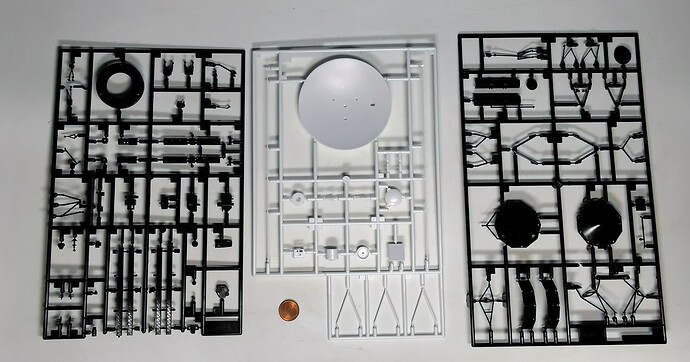 Hello Doug and welcome aboard, too. Yes I know what you mean about distractions. I also have so much of them

Nice to have you along here, too

I gotta ask - does the PE set include the gold record bolted to the side? 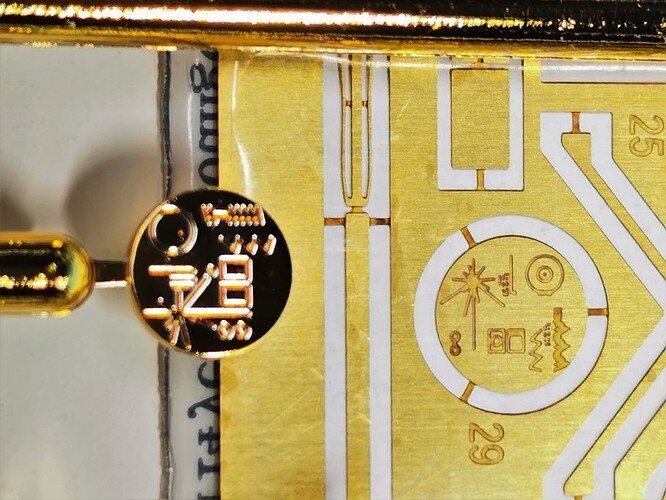 I do plan to set this spaceprobe at a black wooden pedestial and a picture of the golden disc enclosed in an acryl block on top of it. 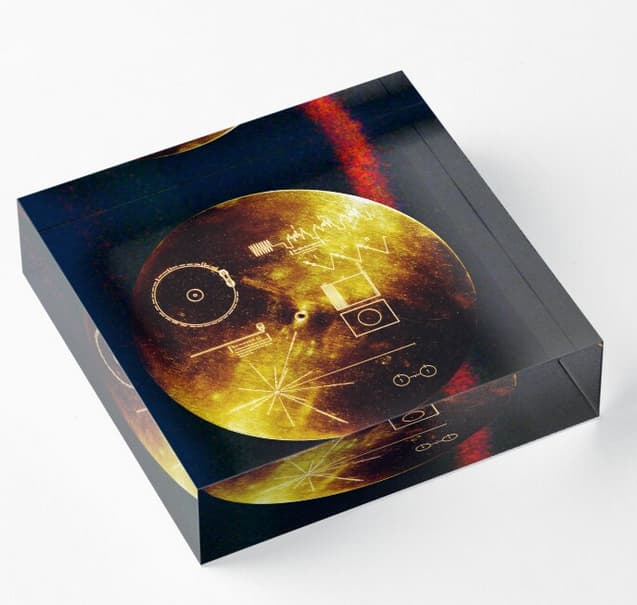 The model will be fixed with a thin acrylic rod with the pedestial like the airplane I finished recently: 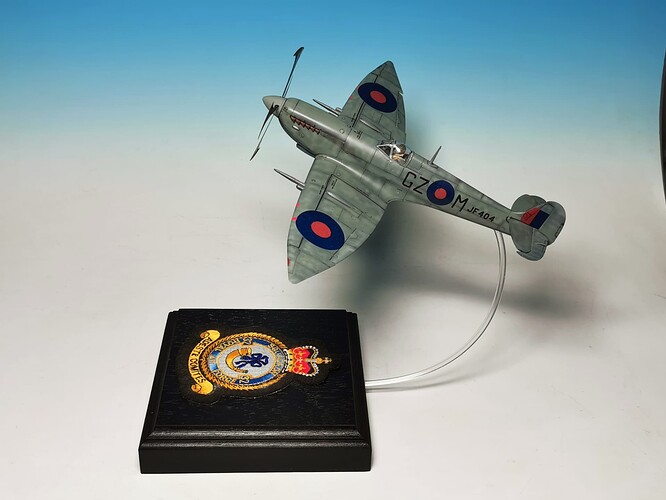 That’s a really nice way to display it. It’s got that retro 70’s style as well which I like.

Curious as to what the included alien looks like. Probably really silly.

Curious as to what the included alien looks like. Probably really silly.

Actually it does imho 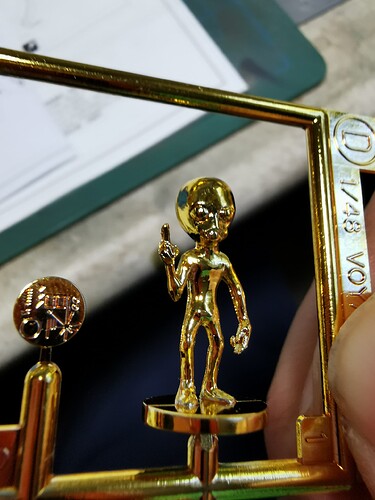 And this is the half globe I forget to picture in the first session. I find it difficult to paint realisticly in order to let it look like the real world instead of a toy globe. Thats why I leave this off 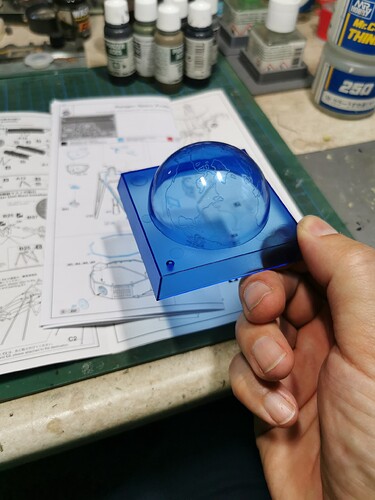 Brilliant! Worth keeping in the spares, you may find a use for him in the future.

Really needs a Kirk, Spock, Bones, Deckard and Ilia for what I have in mind.

Started with the main body housing all the electronics. Of course I made it to get in trouble to interchange all four parts. I´m glad I´ve dryfitted eveything first (learned from a bloody lesson before). So be careful and watch pictures before you finally glue everything - I found this already tricky: 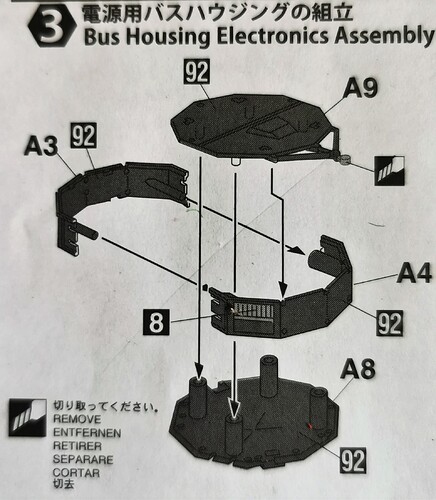 But in the end I got it and just had to use some etched parts here. These are the square optical calibration target and radiator with some hinges, some rings, frames and the seams of the Isolation(?) of the compartment 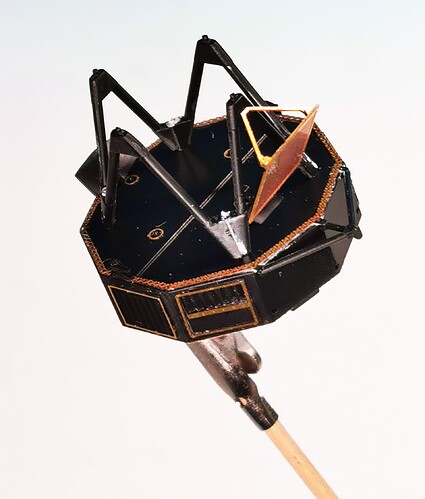 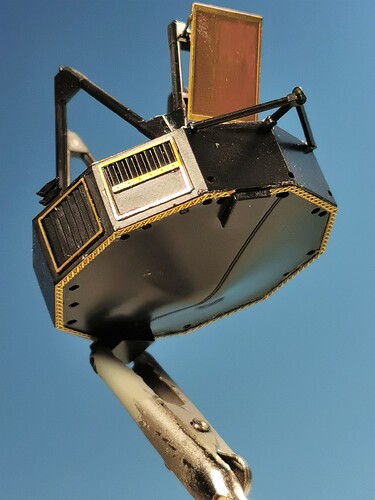 Thats it for today folks