Lots of campaign related stuff arrived today! I’ll be using the British equipment and a American tanker equipment (mainly Thompson related stuff) in the Churchill build. Some of these paints will be used in this project, and some to get projects off the bench so I can focus on this campaign. 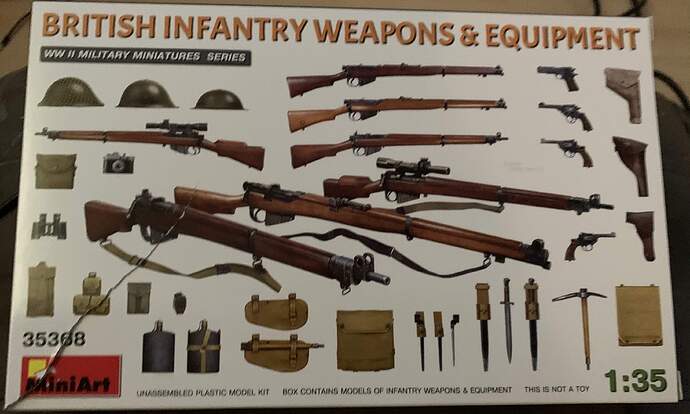 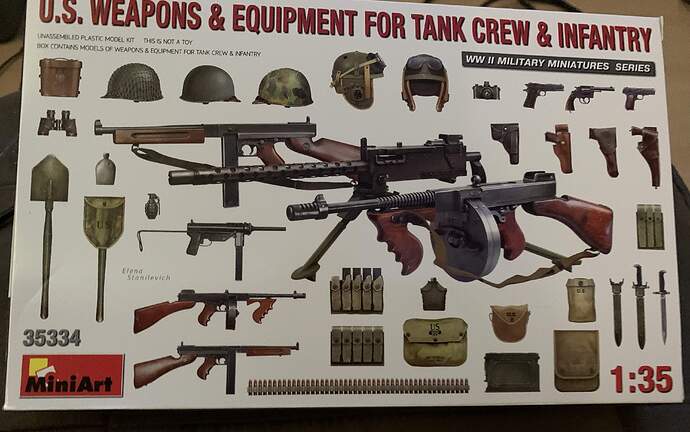 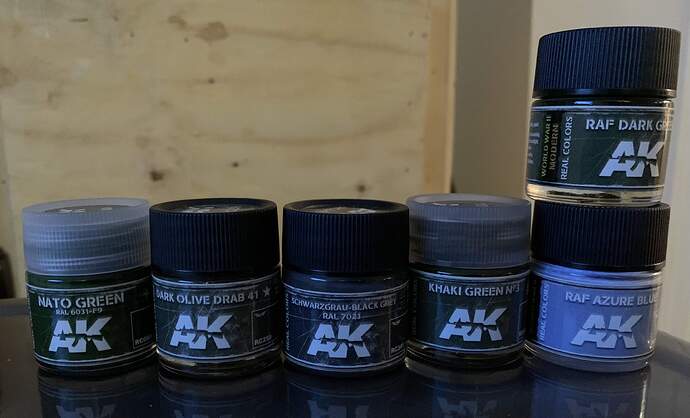 I also added this spitfire to my order. Glad I did, for $20 it’s a great buy. A couple very minor sink marks that will be a breeze to putty and sand flush. Quite a bit of flash but I find that easy to deal with. 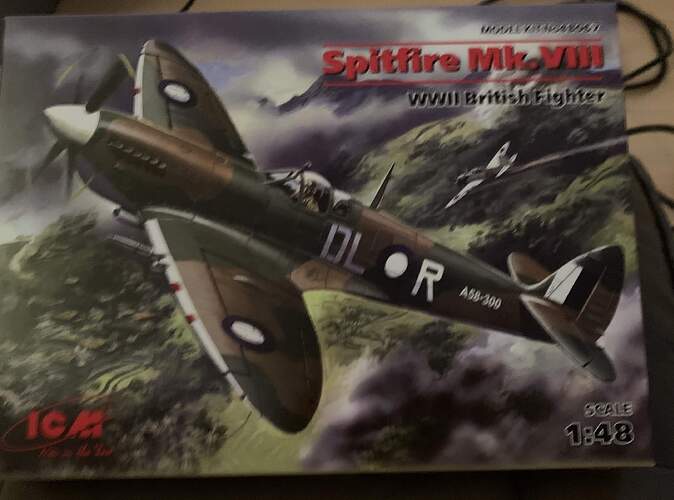 Here are some photos of the CF-18 I’ll be building, colour matching is actually very well covered in the kits instructions, with the maker working with the technicians at CFB Bagotville to develop exact paint mixing ratios. 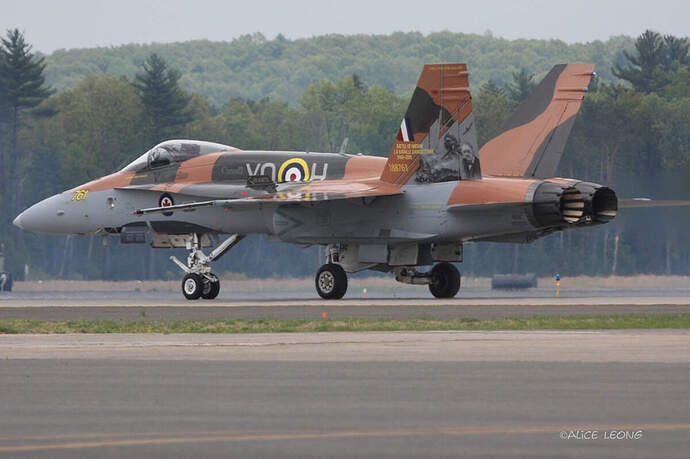 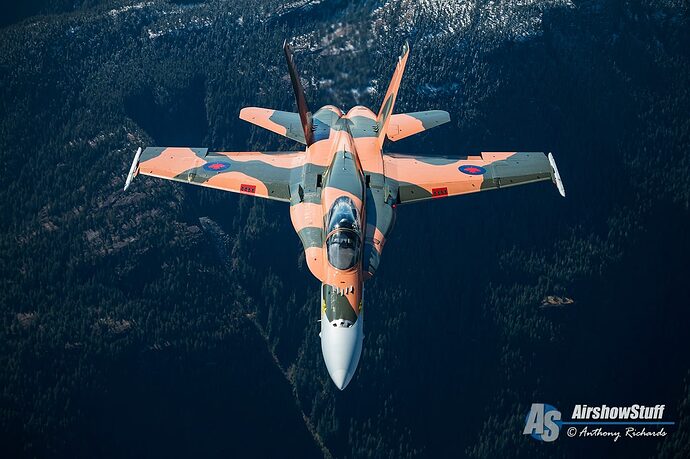 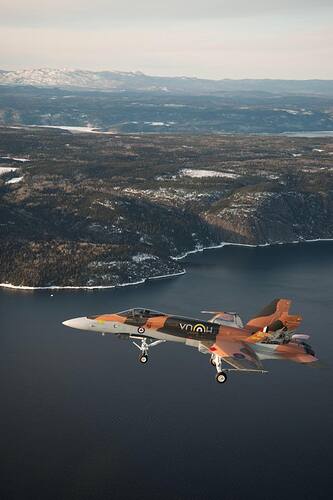 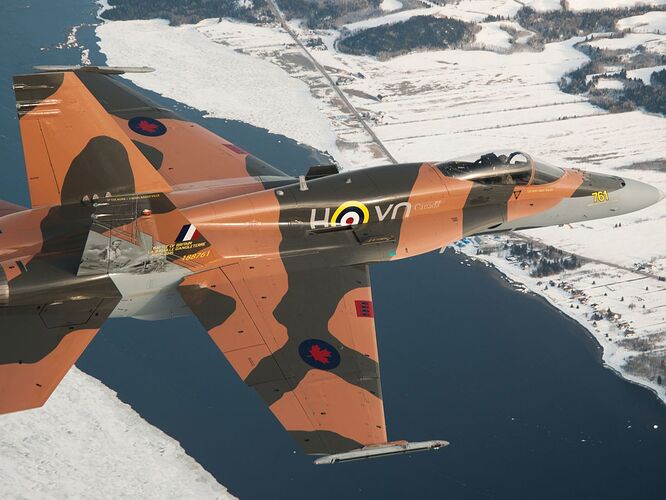 One day out! Make ready the putty and cement!

Here are some photos of the CF-18 I’ll be building, colour matching is actually very well covered in the kits instructions

There is something un-natural at seeing an F/A-18 in anything other than grey. Just looks weird. So of course I love it!! Definitely eye catching.

This has got to be the most prolific campaign ever! Everyone is so onboard! I’ve not witnessed this ever!

So, I’m doing a “wingy thing” for this one. I hope that I can share some cool stuff with you, and I’ve been getting a lesson on tracked stuff, this has been so much fun, and it’s just starting!.

So, I’ll share and hope you all enjoy. but here’s a question for you all. I’m looking to add a tracked thing (last one was a weasel from Revell in the 70’s). My scale has been traditionally 1/48, though I’m open to other scales. Please give me some suggestions! Please!

If you’re wanting to stick with 1/48, Tamiya make some kits that go together like a dream.

Their Dingo, Sherman, Humber Armoured Car, Achilles and Churchill would all fit in here no problem.

I don’t think anyone here has started anything Korean vintage yet if you wanted to try your hand at that. We primarily borrowed US equipment for that adventure so Jeeps, M4A3E8(76)W and M8 Armoured cars.

You can also never go wrong with an M35 2/12 ton in basically any configuration you can imagine.

I’m a newbie to this. Sorry for the 1/48th comment, though it is my scale. I’m very open to /35th I’m looking for something that’s historical. My first thoughts are a T-34 or Tiger (though Panzer is cool)…
Though I do have to admit that you all are showing so much! The Churchill looks mean!

Good sir you’ve nothing to apologize for.

I just assumed you wanted something for the Canadian campaign based on your Aluminum Death Tube which is why I suggested the stuff I did.

If you’re just looking for a tank to get back into the swing of things, the sky is the limit for you friend.

I am sadly however useless for German or Soviet suggestions. Anything by Tamiya is usually a good bet for cost:fit:fun ratio. I also built a Takom AMX-13/75 a while ago that while not perfect was pretty darn close.

Wait… what??
Are we talking wingythingies now?? Back to M151’s and tracks, you insolent lot!

As for the official start of this campaign, I received a great gift from our manic modelmaster Ezra (@Panzer_modeler ) right in time: 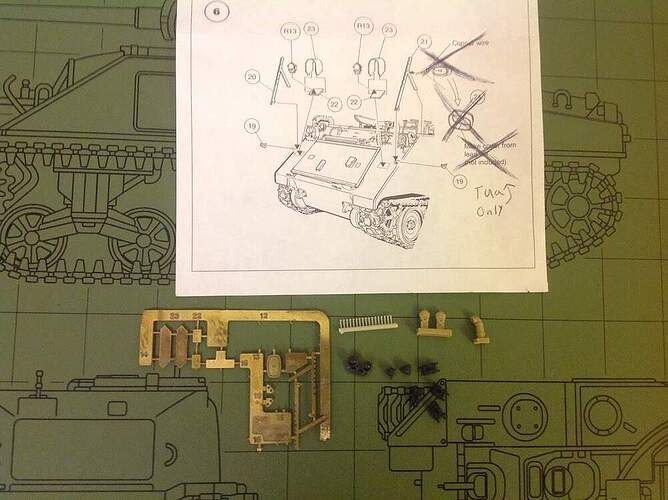 If only this blasted heat would lessen… I do not like summers all that much.

@john41492 that depends on what you see as historical? You can not go wrong with a Tamiya Panther, just not the 1970’s one.

In Canadian colours, covered in Maple Leaf or Maple syrop… will be a nice change to all the stuff that has been shown here…

Looking forward to a full day of Churchill building tomorrow. Got tomorrow and Friday off for Canada day. Should take a huge dent out of the Churchill!

I work tomorrow and the rest of the week, so I cracked open my Campaign Main Course a little early.

I’m going to build the Meng Leo 1A3/4 into an early(ish) Leo C1. I’ve also picked up the Legend detail kit. 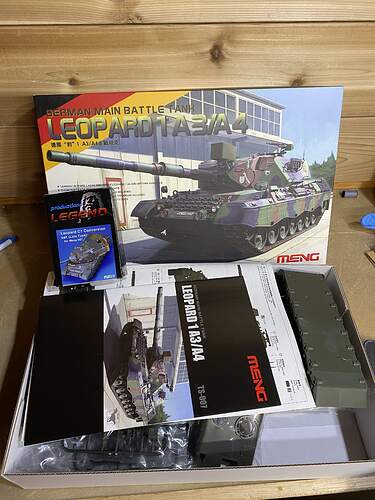 I decided to start on the road wheels and I’m already annoyed. 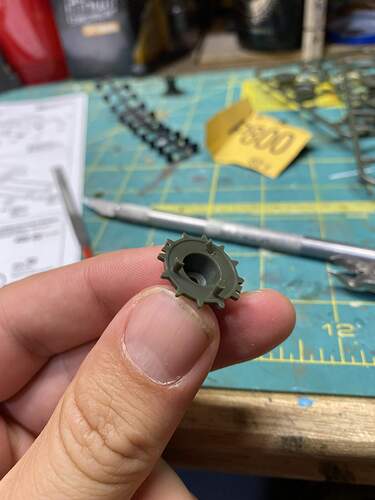 For starters, drive sprockets have these great bloody things sticking out the back. I also think it should be a flogging offence to attach sprue gates on the rims, where they’re a bugger to trim and sand rather than the actual spokes where it would be easy.

There’s also a fair amount of flash and for reasons I can’t understand, every 4th road wheel has a defect where the poly caps are too tall for the socket and need to be trimmed. It’s clearly a mould defect as it’s the same wheel on each sprue. I’m hoping this isn’t a theme that continues through the kit. I’d only heard good things about Meng up until now.

Reviews show some inaccuracies with the road wheels them selves in terms of size and shape as well as the barrel and some other Canadian specific stuff. I’m really tempted to correct them because as I said, this was meant to be my actual entry into this, but the math is telling me just to suck it up and make due. Otherwise I’m going to end up with a pile of resin worth as much of not more than what I’ve already invested into the kit so far.

As for the final model, I’ve decided to do it up as an early version in factory German Gelboliv with maybe some cam nets. 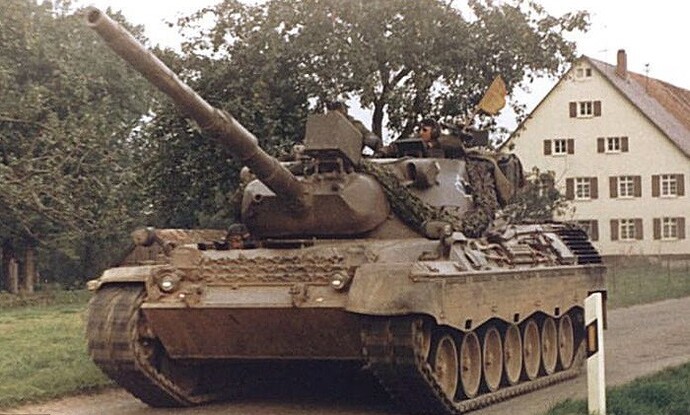 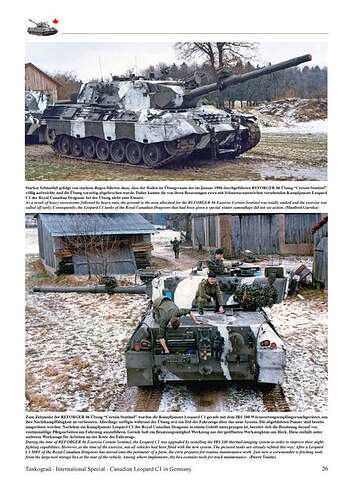 This is gonna be a awesome build! 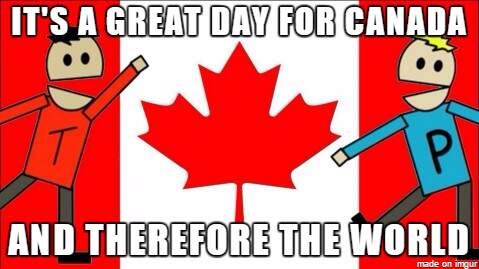 EDIT: I just want to say that this Campaign has only now officially started and we already have 873 replies with an estimated read time of 89 minutes … were committed eh?

To all the aspiring Hosers out there:

Happy Canada day.
Fire up the Coleman and crack open a cold one.
Remember that a toque will keep your beer cold in the summer and a mouse will get you a free brew all year round.
The beaver is a brave and noble creature.
Maple syrup goes with just about anything.
The Bluenose is not a winter facial feature of the average resident of the Great White North.
… and if you live out west, today’s a great day to crawl down to the nice cool (relatively) basement and do some building. (to think that just 2 weeks ago I thought 30C was hot)
Whether it’s a modelling success or you do nothing but slice open your thumb, glue your fingers together and go cross-eyed, just don’t…
“Take off, eh!”

Happy modelling all, enjoy the holiday and let the campaign officially begin. This campaign has to be the most dedicated example of modelling foreplay ever

In Canadian colours, covered in Maple Leaf or Maple syrop… will be a nice change to all the stuff that has been shown here…

If you want to, there are in fact documented examples of Nashorns and Panthers being captured and repainted by Canadian Army units

Speaking of which, it looks like our campaign has officially begun! I’m really looking forward to seeing what everyone turns out, if we’re not all exhausted by the pre builds! Get er done lads! 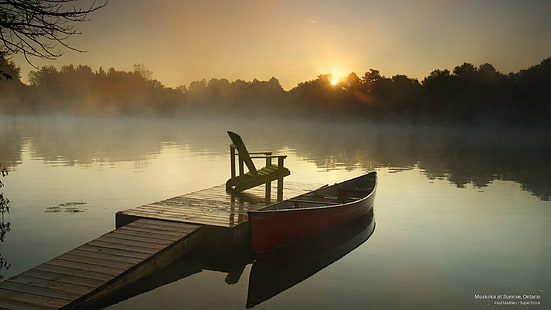 How you gonna make such ridiculous claims without providing the equally ridiculous proof to share with everyone else? 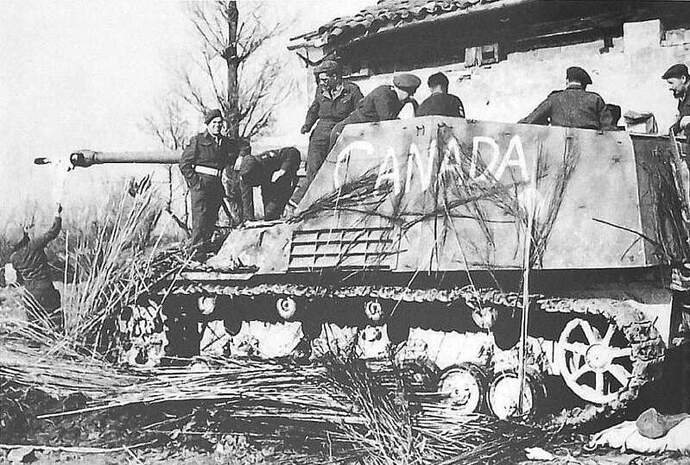 Pre-builds? You mean the Ram Mk. II I just finished doesn’t count in the campaign?

No buddy. Those were just warmups. Like stretching, or first breakfast.