The Great Decal Coverup... Or Not ⭐️

I was just wondering if anybody has ever done this successfully: cover a small WWII US Army star decal with a larger one?

I already removed a very tiny kit provided star and replaced it with a larger one from Dragon that I had in the stash. However, it’s still not the size I was actually looking for. And I’d like to avoid going through the messy three R’s… remove, repaint, replace all over again. Ugh! So, I was thinking of ordering a decal sheet from Archer Fine Transfers for a possible coverup. 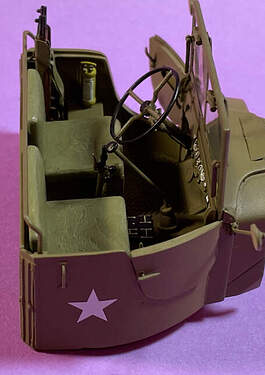 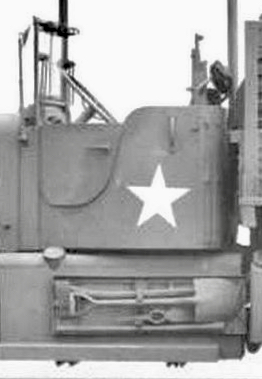 Or maybe, I should just count my lucky stars? … Oh yeah, that pun was intended!

I guess as long as you sand down the first decal lightly you should be okay, as long as the Archer decal is fairly opaque.

Mike, If the new star you want is larger, can’t it just be placed on top of the existing smaller one(s)?

You can try using some tape to pull the old decal up. After that, it would require very little clean up. Burnish the tape down over the old decal, then peel it off.
Ken.

I second Ken’s tape method - I’ve done it accidentally with decals I wanted to keep!

Hello all, Thank you for the replies!

My question: Have you ever covered-over an existing (in situ) decal with another decal? Were there acceptable results or were there adverse effects?

Fellow lurkers, you’ve left me no choice but to perform the “medical experiments,” myself… I had Igor go out and dig-up (order) the ‘U.S. National Insignia for soft skins’ set from Archer Fine Transfers. The plan is to spray-up a sheet of styrene, paint, gloss coat, blah, blah, blah. Then, I’ll lay-down one of the older Dragon star decals… MicroSet, blah, blah. After which, I’ll overlay the new (larger) star to witness the outcome. Stay tuned for my report…

If you cover over an existing decal, you will almost certainly see it to some extent. You may see a difference in color of the new decal, and you will see a raised area where the old decal is. If that is the effect you want, great! some vehicles do have new markings applied over the old, with some amount of show-thru. Covered up white stars on WWII Sherman tanks is probably the most common example of this.
Ken.

… some vehicles do have new markings applied over the old, with some amount of show-thru. Covered up white stars on WWII Sherman tanks is probably the most common example of this.

Now there’s an interesting thought. … Ken, consider yourself added to my legal team!

The following decal overlay trials were conducted in my infamous ‘PanserWerks’ laboratory.
(Note: No US Army vehicles were harmed in these experiments). 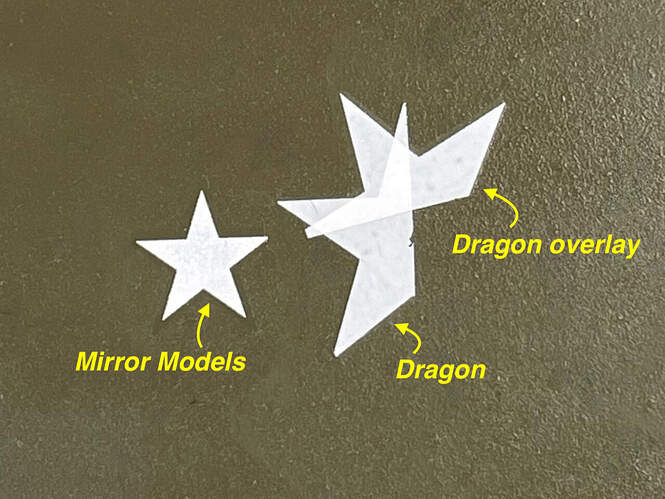 As can be seen, the Mirror Models decal is visibly more opaque than the overlapping Dragon decal half-segments which easily show through one-another.

On a side note: I needed to work more quickly moving the Dragon decals around, as they became weakened under the MicroSet solution. 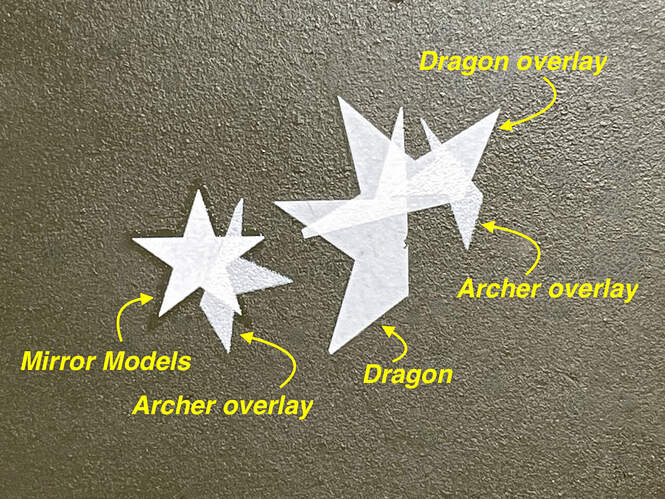 Test No. 2 illustrates that ‘Archer Fine Transfers, Nano Film Decals’ have a very similar translucency to the Dragon decals. And although more durable, they seem a bit more grainy in appearance. 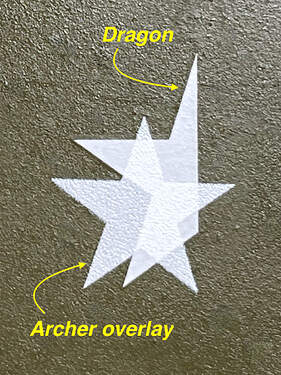 That’s my conclusion and I’m sticking to it!

I hope this was of some use to fellow modelers.

Careful, you may end up in a sticky situation!
Ken.

Could you, using archer transfers, place one star on top of another, doubling the opacity?

Now there’s an interesting idea. … Greg, consider yourself the newly appointed Director of TOOBA (Thinking Outside Of the Box Agency).

Subsequent to Test No. 4 fail, I’m demoting you to one star!

Thanks for the tests, it is good to know that in general covering one decal with another is not going to work (unless you want to show that)

For other reasons entirely, I have had to put a second (same sized) star decal right over the first (to improve opacity).

If your smaller star shows thru consider putting two large star decals on your model. One directly over the top of the other.

As seen here; I was not happy with the strength of the white color in the star decals and I had a second doner kit so I put a second set of stars directly over the first. Then sealed it all in with Future Floor Wax and a clear spray top coat. 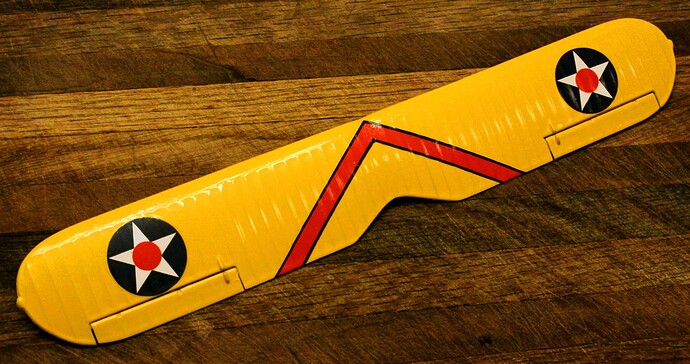