Hey folks. Having been motivated by my recently finished Dragon Tiger I, I’ve begun work on this Tamiya Late Production version for the past few weeks. The Tamiya Tiger I late production was one of the first 1/35 kits I airbrushed and really tried to put some effort on. I decided to get another one and update the parts using spares I have from Dragon Tiger kits. I also got this set of Tamiya Zimmerit sheet. Not the best looking but I’ve never tried them before so I at least want to see how the experience is. I’m relying on the review from our trusty old armorama website ( Armorama :: Academy 1:35 Tiger I (Late) Review) that had a segment with feedback from David Byrden when it come to assembling the kit.

Some of the work so far:

-Nearly all of the tools replaced with dragon parts which have a proper latch moulded on. I scratch built the ones for the cutter since I didn’t have a spare from Dragon

What I can’t change:

The kit tracks. It’s nice that they’re individual links so you can properly form the sag but they don’t have lightening holes. I don’t have enough for the running gear so I’m forced to use them as is. 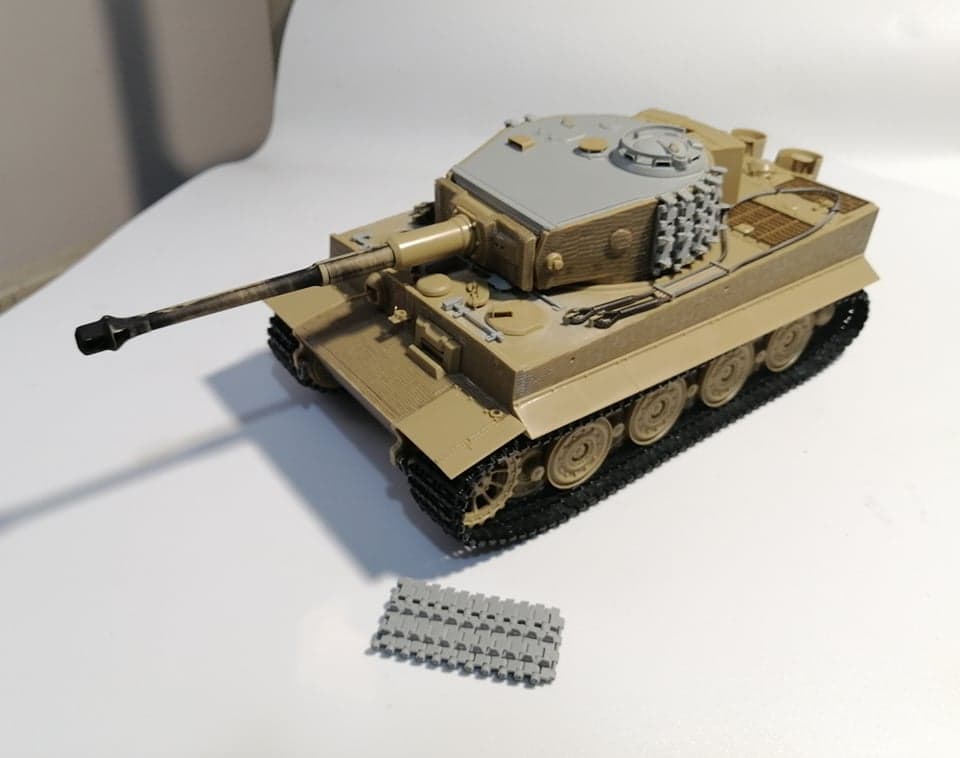 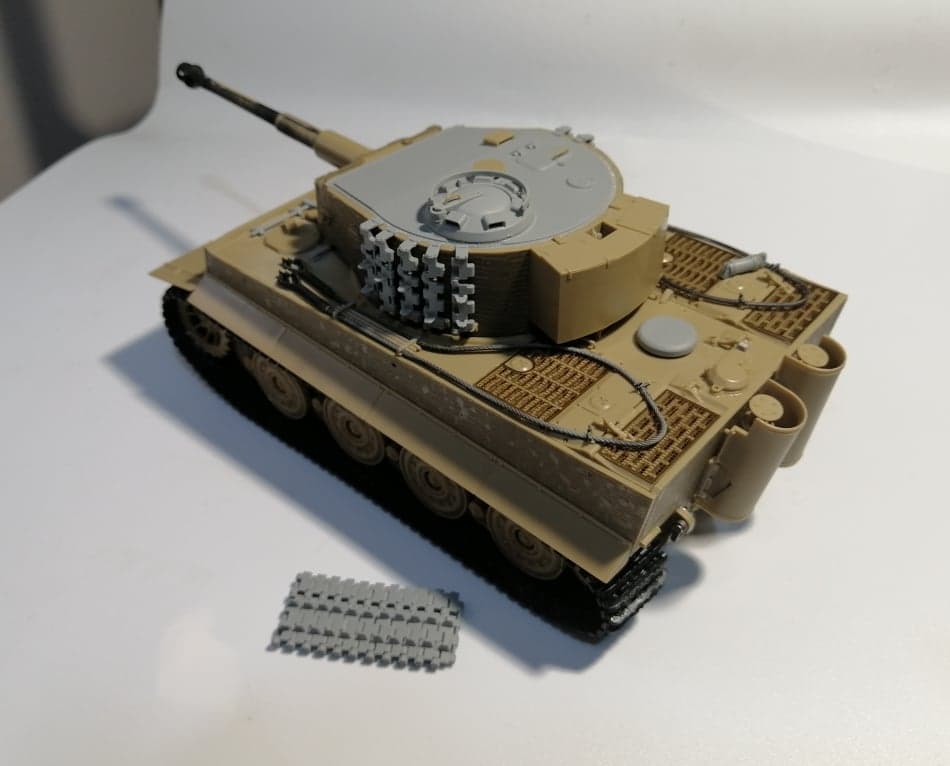 I’m planning to paint her up as Tiger #312 from Pz.Abt.505. I read that there were possible a few tigers to use that number. This was what I initially planned to build: 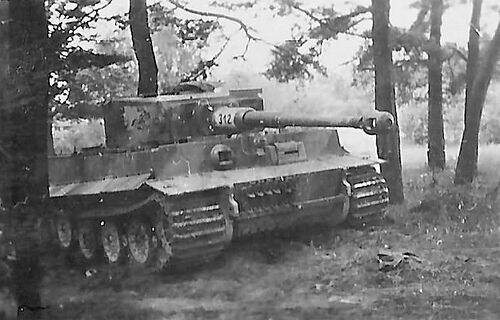 Unfortunately, the spare track holder in the front looks different from the glacis track holder I have from a Dragon kit. I’ll either have to scratch build one, or build this other #312 instead 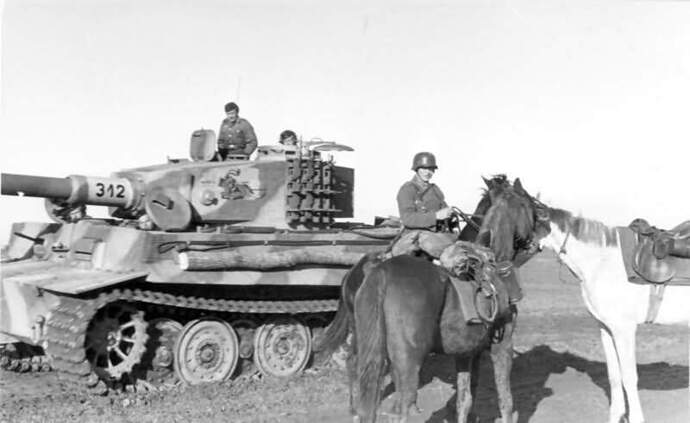 I hope that both tigers are similar save for the spare tracks and log? Anyway, that’s all for now. Thanks for looking.

Looks like the project is planned and being very well executed! That’s the ideal use for the Dragon spares.

How did the Dragon turret roof fit the Tamiya turret was a lot of tweaking needed?

I agree, it’s fun to try the Tamiya Sticker Zimmerit once but found I generally prefer other methods.

Very inspiring, makes me want to tinker with a Tamiya Tiger!

Thanks Wade. To Tamiya’s credit, the base kit looks dimensionally fine for the most part - so much so that I fit the Dragon turret roof almost like a glove in lieu of the Tamiya part. I applied a bit of two-piece putty to close the gap at the front of the turret roof but other than that, didn’t need to modify anything. Honestly, if you have some of those new 3d german tool clasps, you could just make due with the tools already in the kit.

I also managed to prime her last night - I noticed quite a few parts of the tamiya zimmerit lifting up or having unsightly gaps. I applied vallejo putty to blend them back, but some still look out of place. No matter, will push forward with the paint soon. 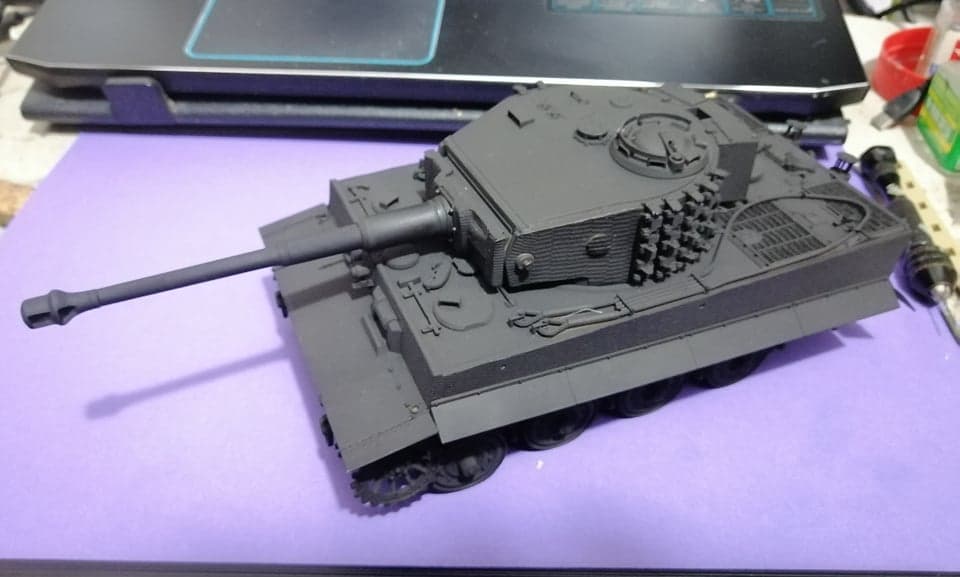 James, that’s fantastic info on how well the Dragon top fit the Tamiya turret and insight about the 3D clamps for the original tools. Happy to hear that overall the Tamiya kit looks pretty good on various dimensions.

I noticed the Tamiya Zimmerit want to “edge peel” on the fenders on my Pz IV H, finally tacked it down with thin super glue. I also had to use some putty too.

Looking even better in primer:)

Will you do the main gun barrel in tri-color or black lacquer primer?