To avoid the term “modern”, I wonder which of the 1/35 scale figures fit best for a British tank crew (Challenger 2)? I want to build a Chally 2 in training in Germany or UK. I wonder if the British AFV Crew by Miniart can be used?

what about the set from valkyrie, although it’s description does mention the word “modern”.

Whats the designation of the chestrig worn by these female Chally 2 Commander? 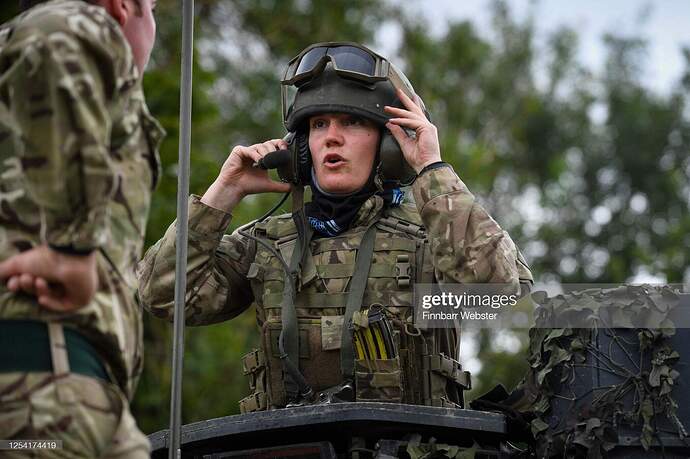 It could be Osprey, but is most likely Virtus, which began being issued in 2016.

Its a universal system issued to all branches of the UK Armed Forces, in other words, it isn’t perculiar to tank crews.

I think that the figures from Gecko Models are a better choice for a Challenger 2 crew.

It is definitely Virtus armour, you can see the quick release pin just to the left of the commanders right arm as we are looking at her. This allows the armour to be completely removed without having to take it over the wearers head in anyway. Aimed at minimum movement to injured personnel. My son is issued Virtus kit, it’s streets ahead of the CBA and Osprey armour I was issued. The Miniart crew are good right up to modern day for crews without armour and the Gecko figures are wearing Osprey and would need a head/helmet replacement.

Thanks, good to know. I get the Gecko Models kit a.s.a.p…

I wouldn’t say either Gecko set are really pose correctly for tank crew though, the Miniart definitely are.

I think about kitbashing the Miniart tank crew with Gecko body armour.