Before I start, I took a few comparison shots of areas on the Trump kit that have come under criticism and supposedly been revised. Based on pics I saw on Britmodeller, my kit has been revised, somewhat. In a nutshell, the front fenders, swing arm mount locations and final drive housings are “fixed”. The engine deck screens sizing and location are also changed from the example I saw on Britmodeller, but they’re still different than the screens on Tamiya’s Challenger2. To illustrate, I laid the PE screen covers by Tamiya over the corresponding parts on the Trump upper hull. They don’t fit. 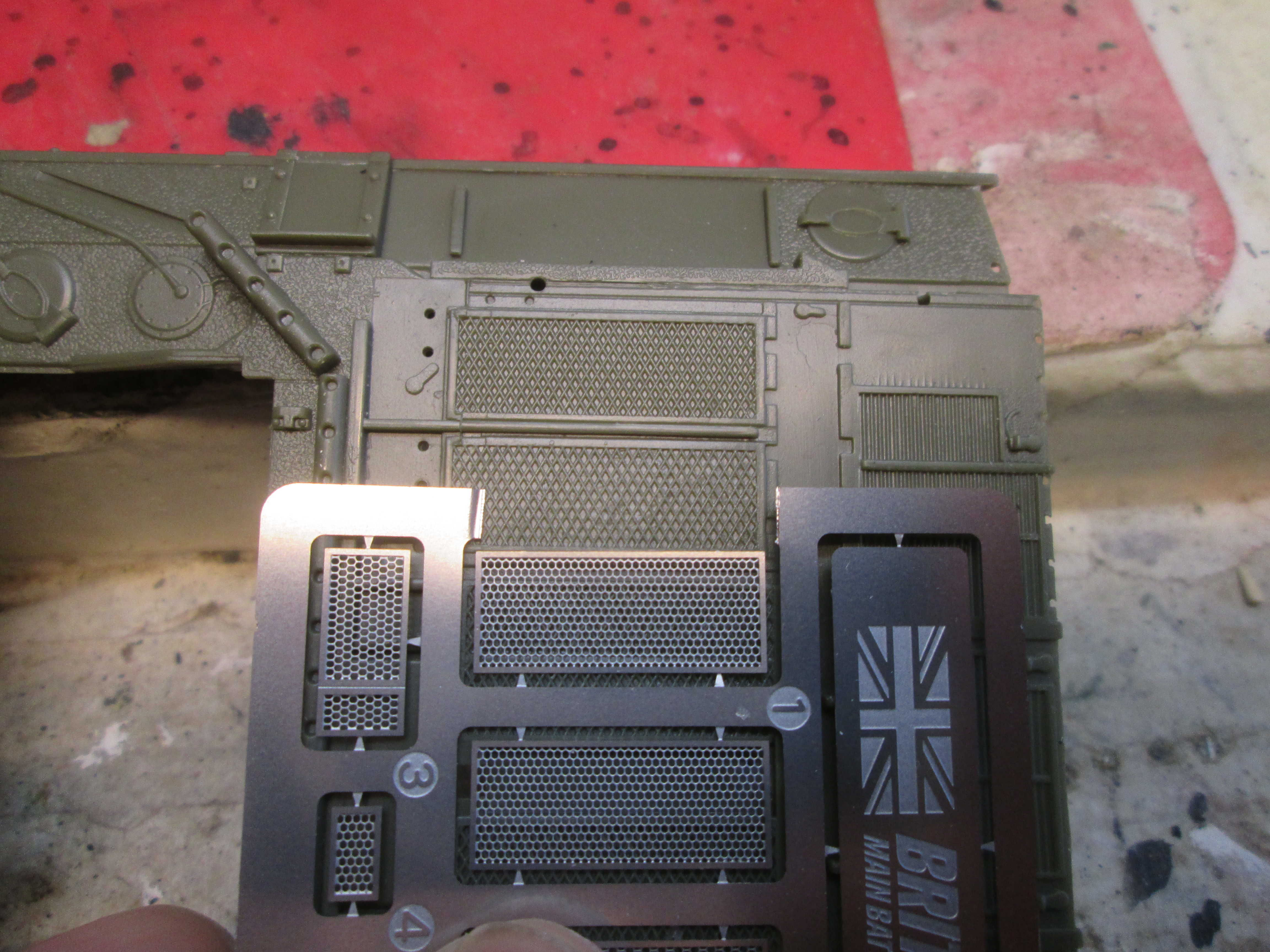 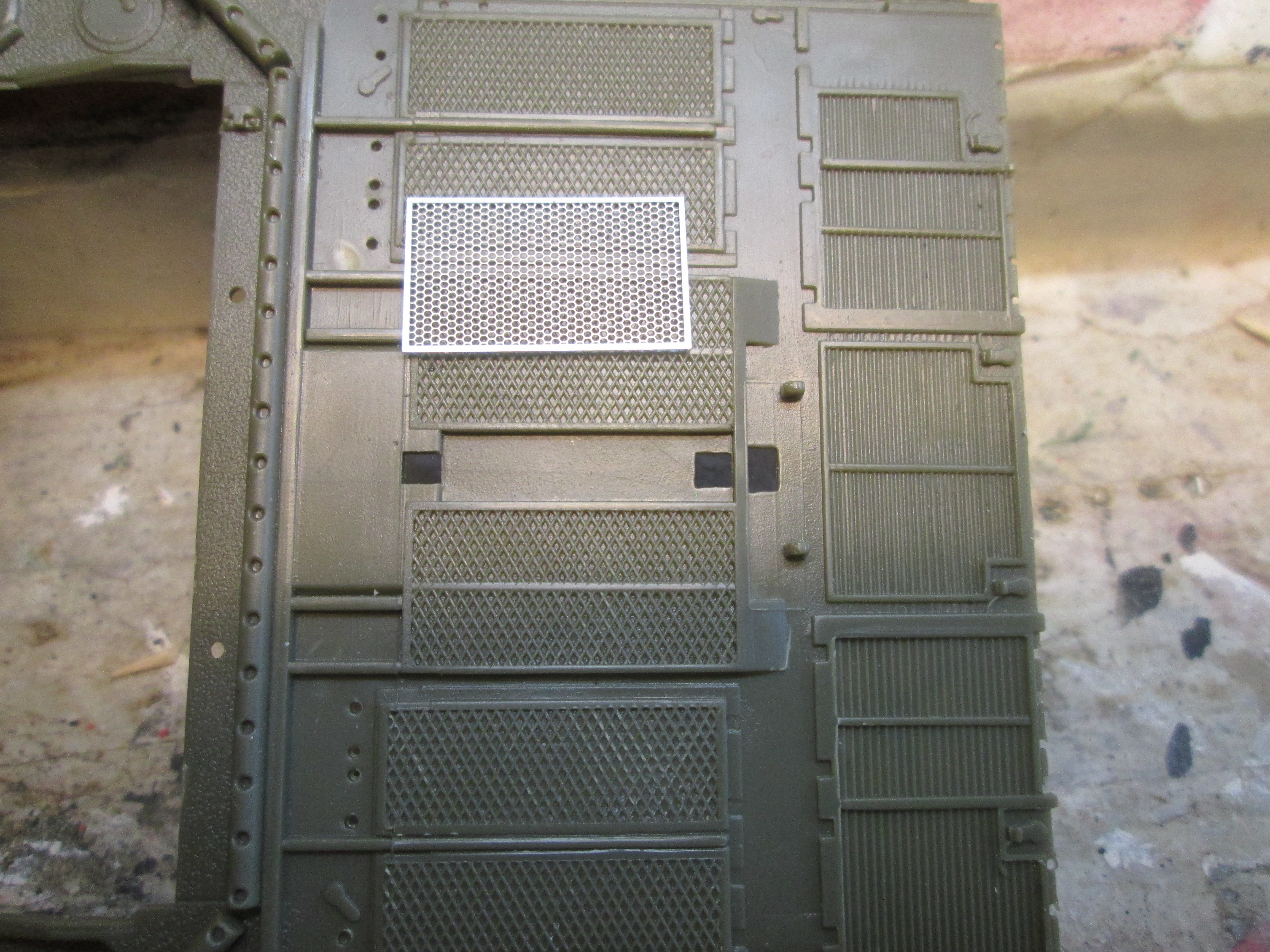 IMG_3585 by Russel Baer, on Flickr
A side-by-side of the engine decks:

IMG_3586 by Russel Baer, on Flickr
All the grate hinges are separate parts on the Trump kit.
Also mention was the presence of the lower hull reinforcement on the Trump kit, supposedly not supposed to be there. This thing: 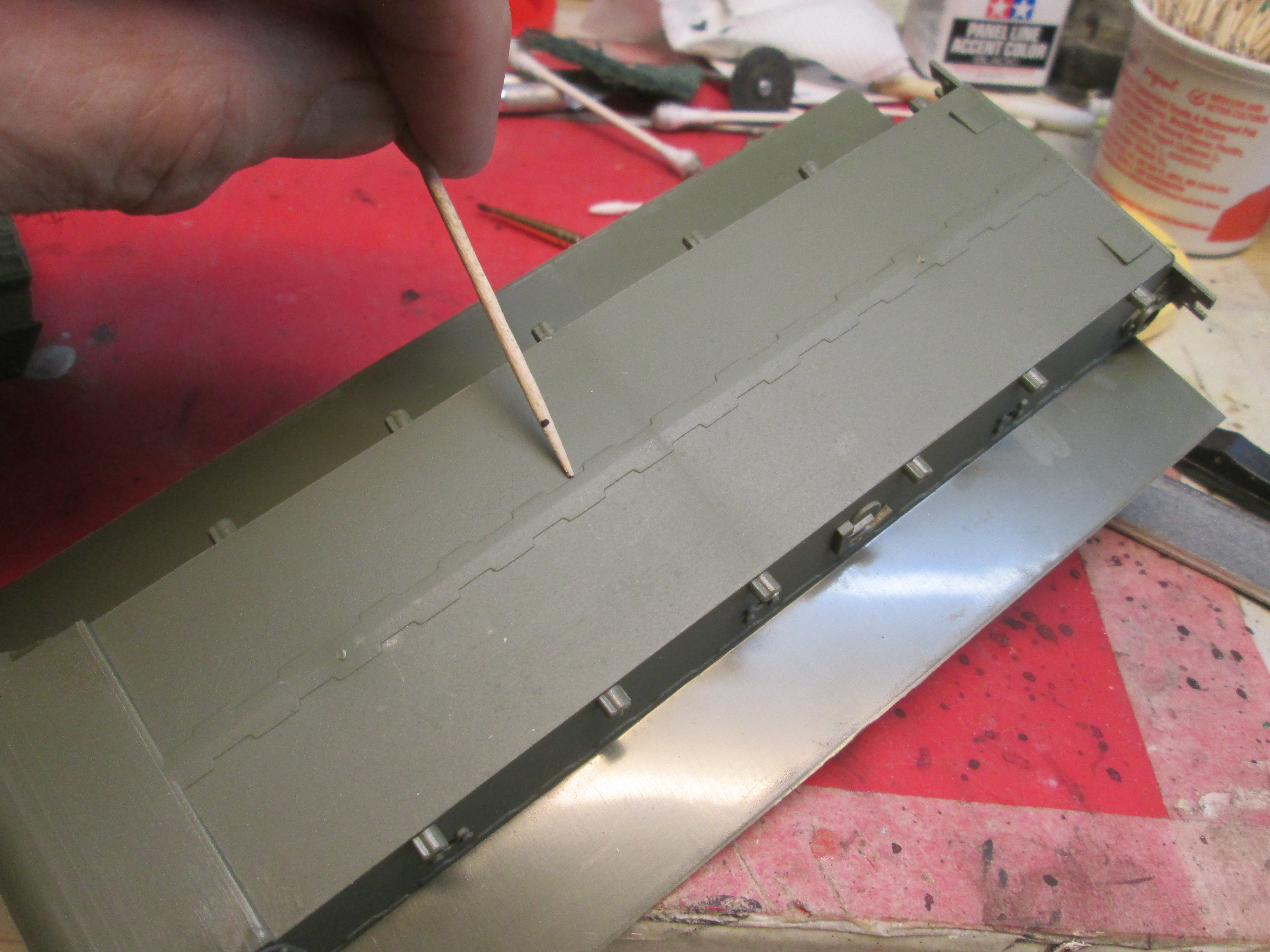 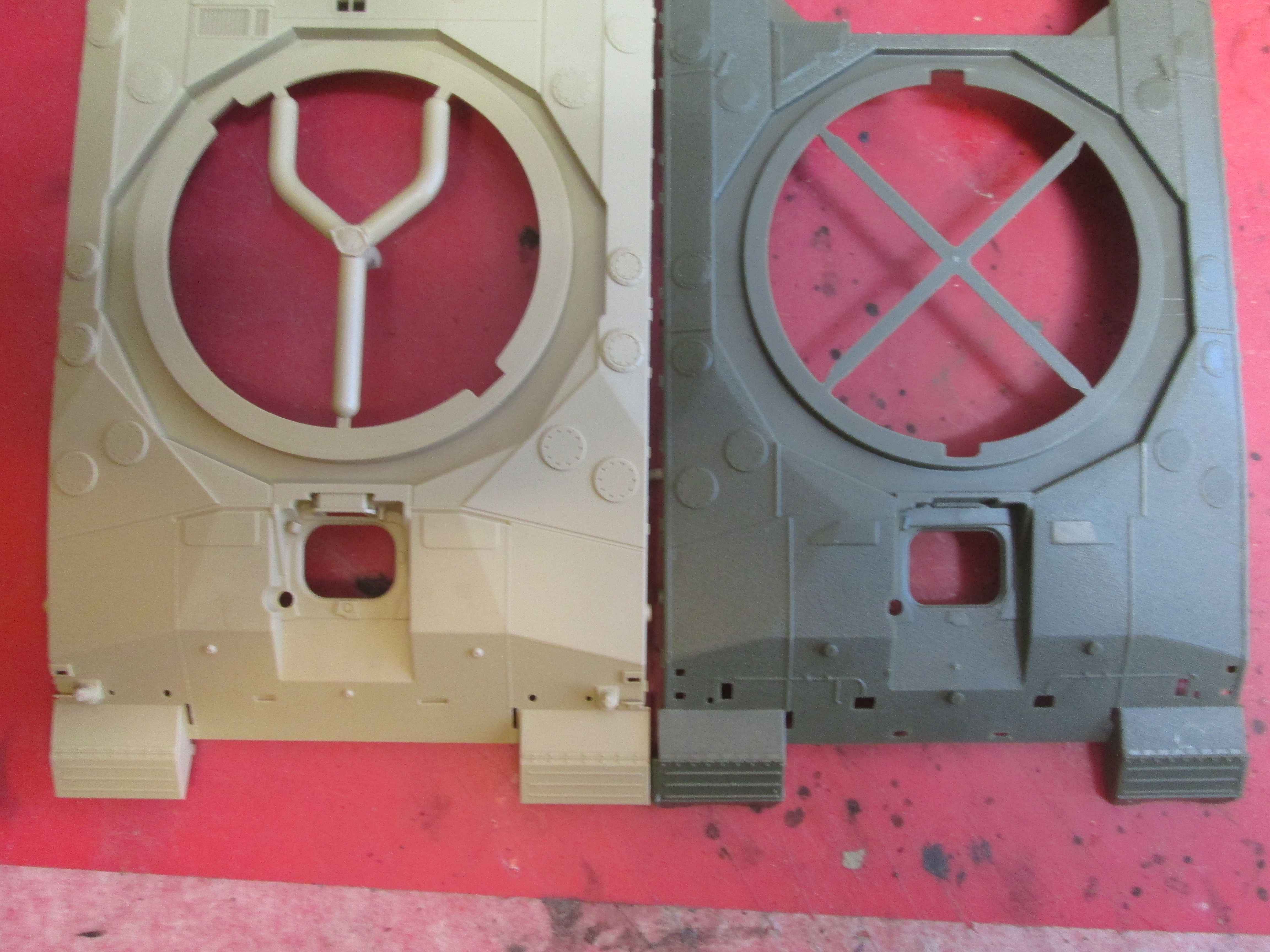 IMG_3587 by Russel Baer, on Flickr
Final drive housings look the part, and there is also a bit more detail here than the Tamiya kit, separate swing arms and hydrogas spring units and oh my gosh lower sponson covers. 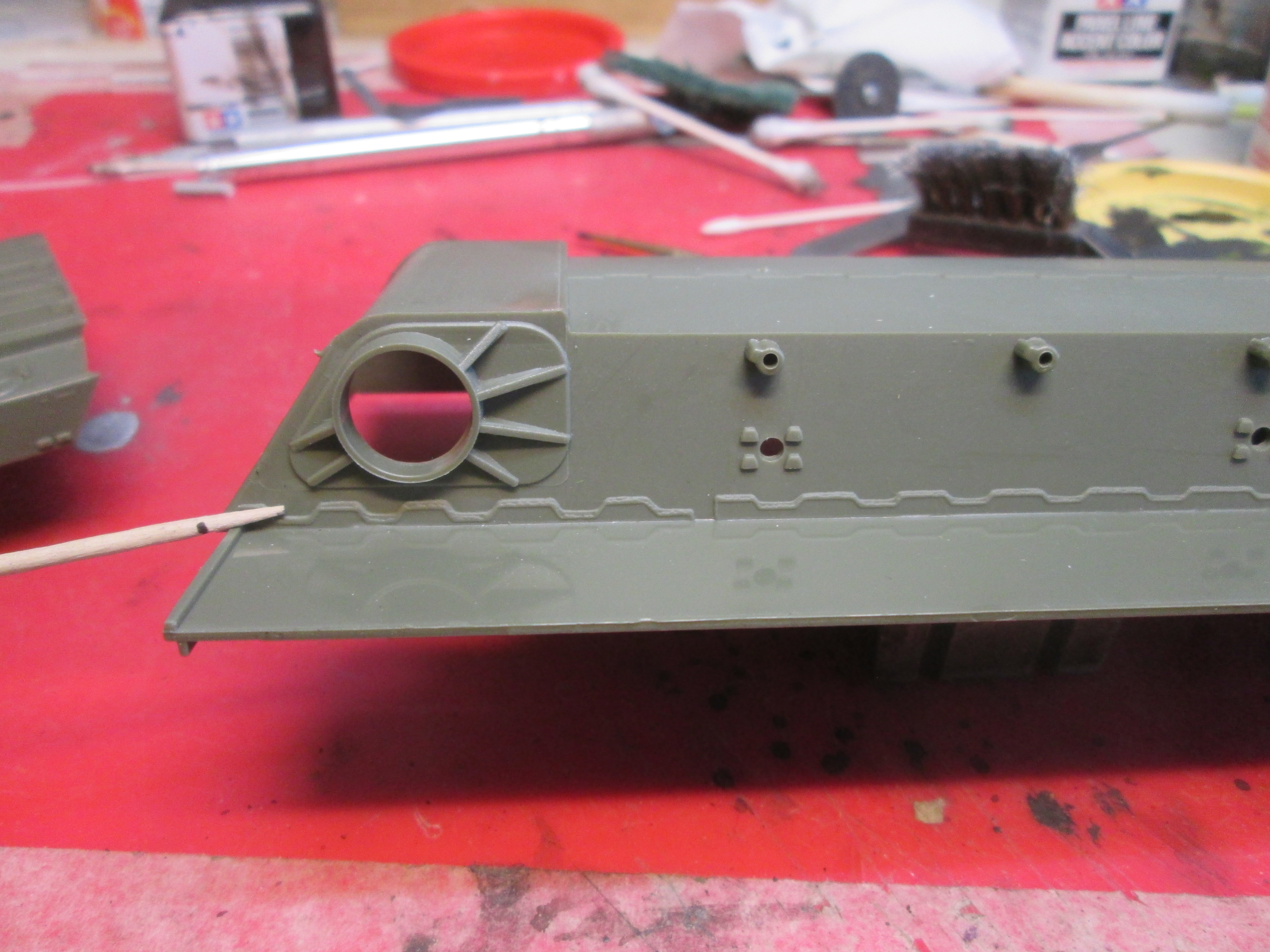 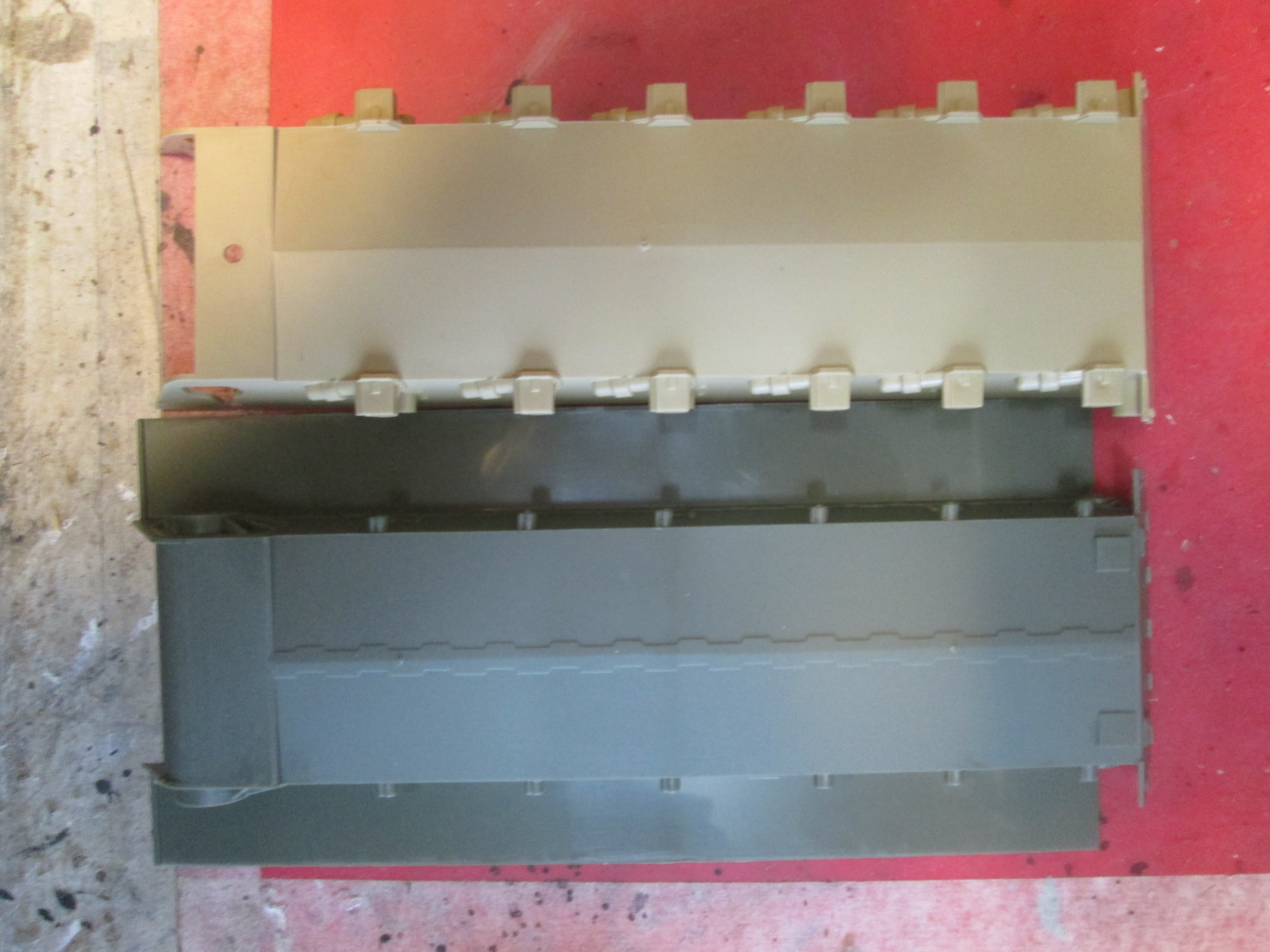 IMG_3588 by Russel Baer, on Flickr
After I get the second Challenger1 finished this kit goes to the bench. Pic of the kit I got: 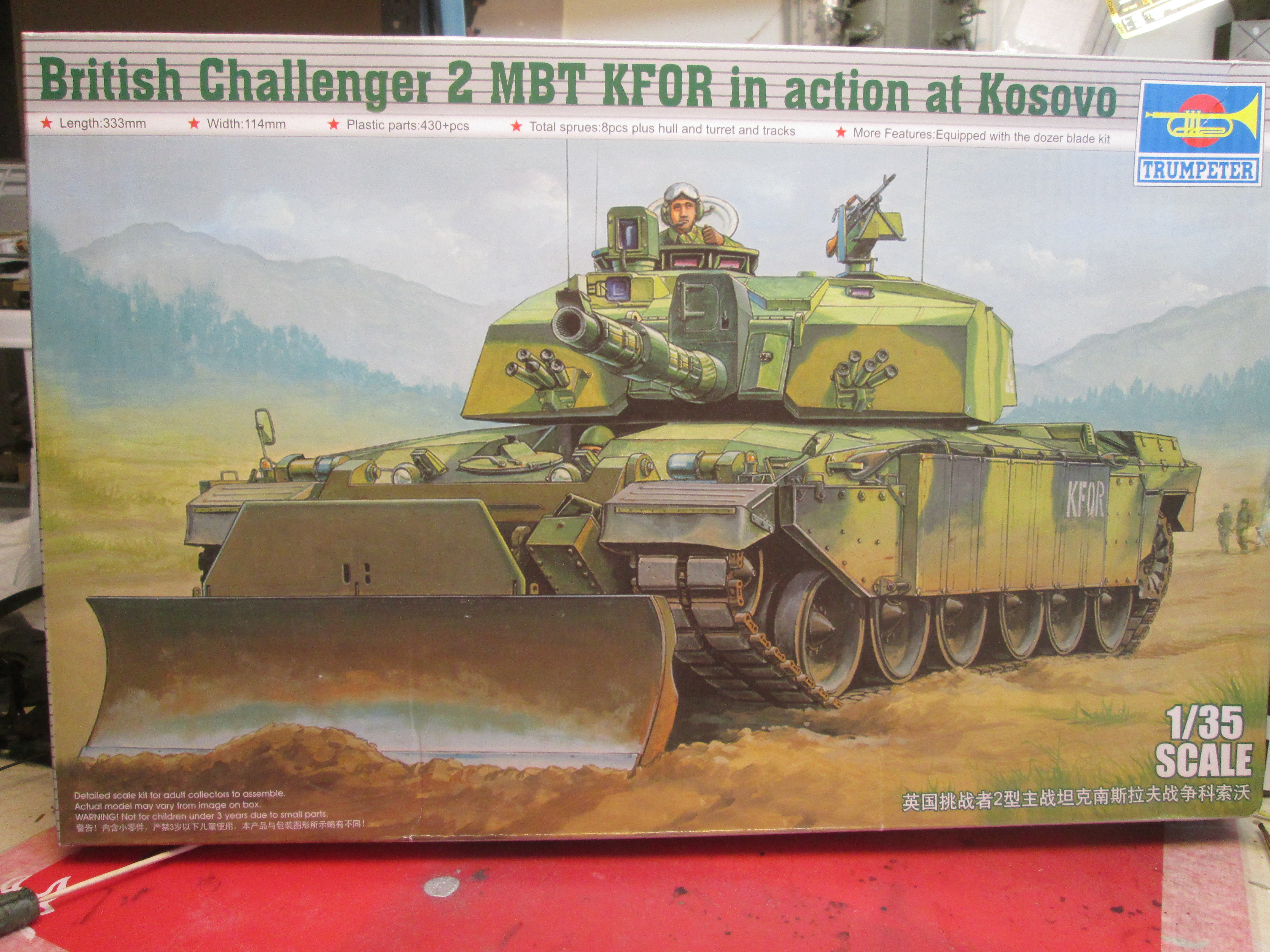 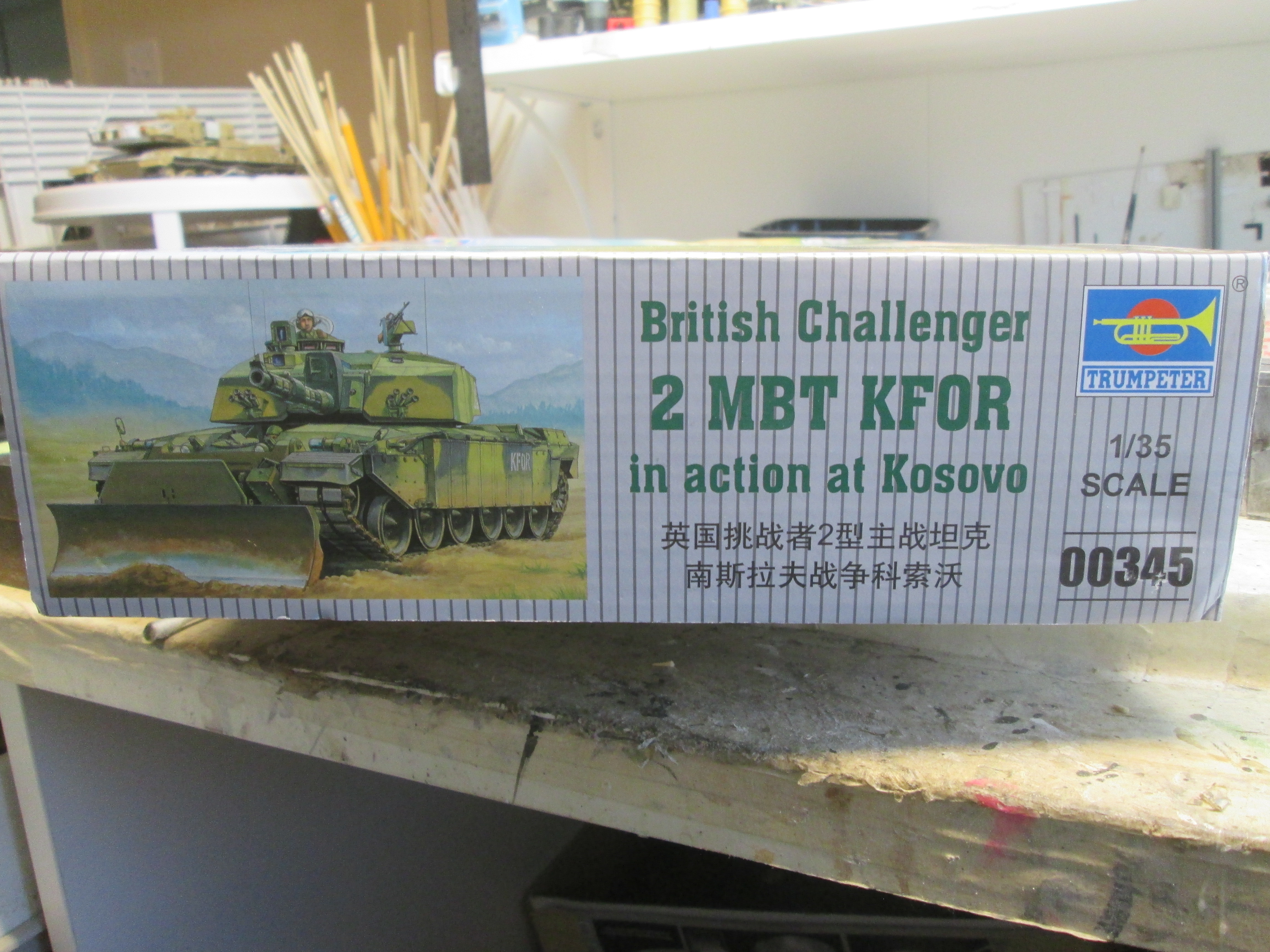 IMG_3590 by Russel Baer, on Flickr
The kit includes the pictured side armor, a dozer kit in its own bag and the nose armor, plus the un-armored side skirts. I have no idea whatsoever if the dozer is worth building or using on anything.
Overall, I think the Trump kit is typical early (pre-KV1) for them: some soft detail, lots of flash, “interesting” engineering, worthless tracks, occasional areas with fabulous detail, but in the end buildable. It’s worlds better than the old T-54/55 kits but not as good as their KV1 series, which I consider a turning point for them. I’m sure I’ll have plenty of additions to this as I progress with the build.

Thanks for the comparison pics of all those areas Russ. I think I would stay with the RFM offering if I get another ( and probably will) the trumpy kit may be worth getting just for dozer kit.
It looks like they have gone for the moulded on engine deck screens… Cheers mate

I have done that kit and the dozer blade is spot on,however I did use the Accurate Armour update kit on mine. 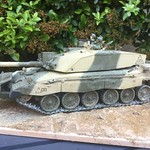 Looks nice. What crew figures did you use ?

I got a good look at some stuff in the Trump kit and made a game -time decision to use Tamiya parts on a lot of this build. I’ll just have to pick up another Tamiya kit later for a desert version. Here’s one reason: 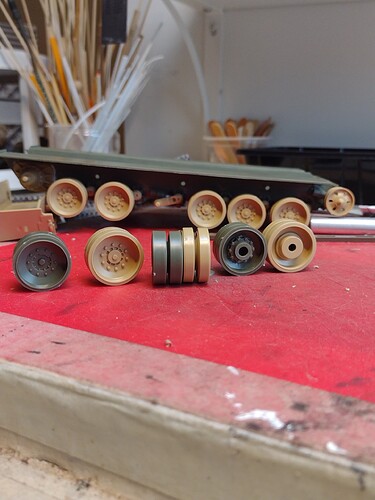 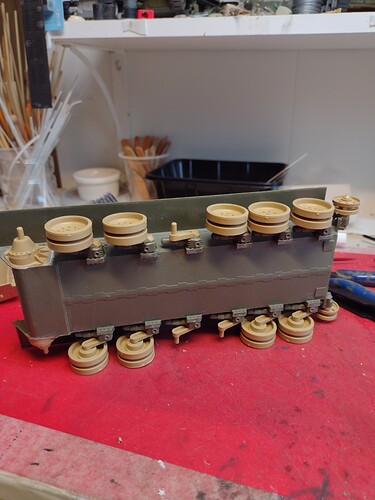 Good plan to mix and match to get the best from the trumpy kit. Me being lazy… I think I will be sticking to the RFM Cr2 if and when I do another…

I bought the RFM C2 and will be building it mostly OOB, which will be totally sufficient for my needs…

Slow going here, most of the Trumpeter detail parts are junk, usable bits have enormous ejector pin holes, so I’m using lots of Tamiya parts. In short, the only reason I have for even building this kit is that I wanted to use the better suspension. Otherwise I would pass it by. Lower ft hull: 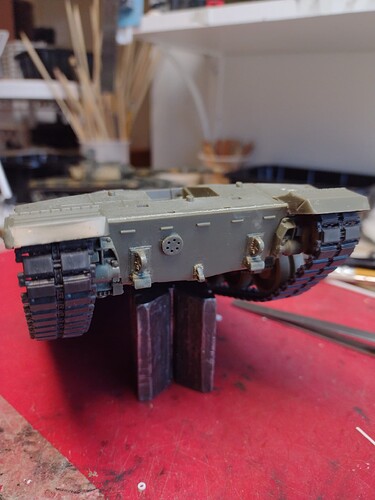 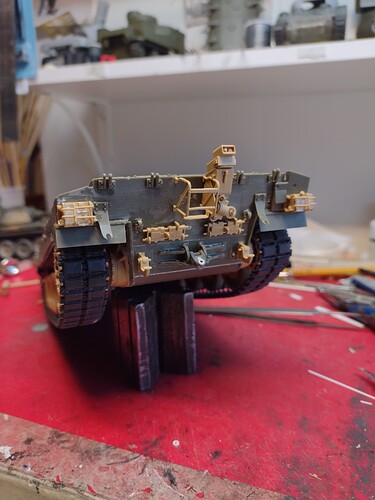 I have to say it would not get my recommendation. I’m even contemplating using the whole Tamiya turret. There are detail differences that make me lean that way.

You are probably on to something with that. Sometimes going that extra mile just isnt worth it I think. If the Tamiya is better ( and I can imagine it is) I would just use that and have done with it.

Yes, next time I will. The only reason I stuck with the Trump kit is because the hydrogas units are actually separate from the hull, and I’m building this model with the “short” skirts, making the suspension visible on the completed model. Otherwise, never again.
An observation regarding Trumpeter: In my experience, their very first kits were toys, poorly tooled and molded (think the T-55 series). Then they did a few, like their T-72, that were simply direct copies of Tamiya, except again poorly molded, and a few or their own, like this kit, a few Abrams and the Korean K1, which were not great either with poor fit, lumpy detail parts and evidence of poor tooling as well, but showing signs of improvement. And then their breakout kits: the KV-1 series: well tooled and molded, reasonably priced and also pretty accurate. Pretty much everything after the KV-1 series is good stuff. That’s my take on the history of Trumpeter.

In for a penny, in for a pound… 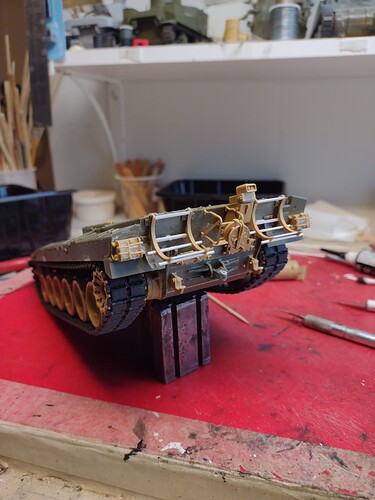 Excellent kitbashing and scratchwork Russ, I admire your dedication!

Not sure they even care!
Ken

I think they would just as soon forget this kit, pretend it never happened…

More of the same but I have some good pics to work from now. Rear engine deck is about done. 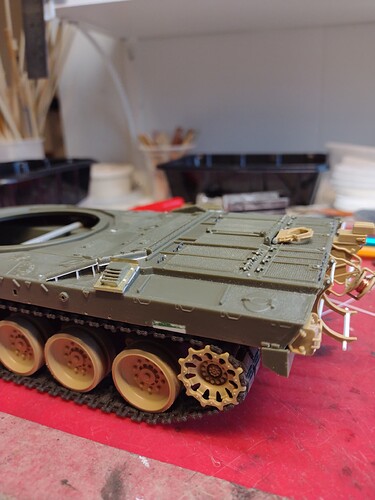 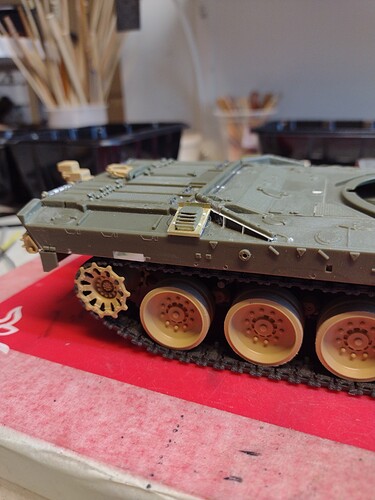