I startet Trumpeter’s M142. I modified the cab to a newer version. I used pictures from the web as a guide.
Any comments are welcome. 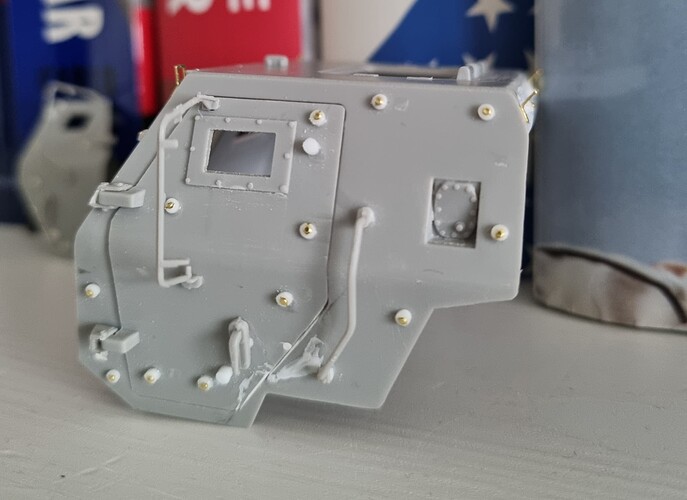 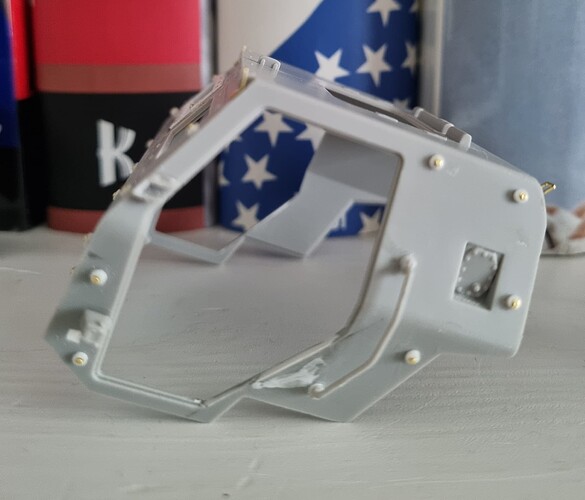 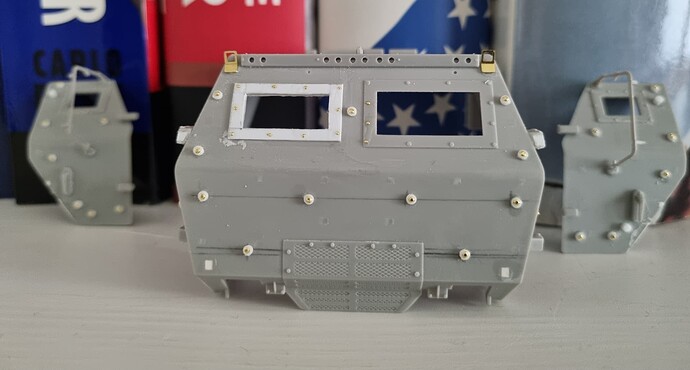 Looking good. I’ll be watching as I have the kit and I am planning to update it as well.

For me it was the quickest and easiest way to make something out of it. The model has been on the shelf for a long time.
Rounding the edges, changing the shape of the door, new bolts on the additional armor. The interior of the cabin remains kit-like, very simple.
I changed a few things on the chassis with the help of the legend kit.
Unfortunately not quite 100%.

Looks good! I’ve pulled that kit out a couple times and looked at making the same changes.

I’ll be watching too, as I also have this kit. I will be thrilled if it comes out good OOB, though. I have no updating knowledge/skills!

Please tell us what the mods are?
I also have the kit.
What time period is the kit?
Thanks

Please tell us what the mods are?..
What time period is the kit?

The Trumpeter kit was of an earlier prototype. It is not the accepted and fielded version. As such, it has a hard line along the middle of the cab, additional armor attachment points in different places, equally sized front windows with bolted frames, larger side door windows with bolted frames, a step in the rear of the door profile, exposed electronics box on cab side, and a few other differences. The front bumper is also of an older design. 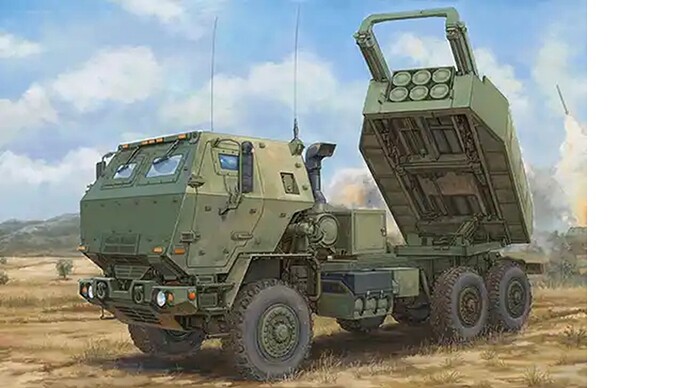 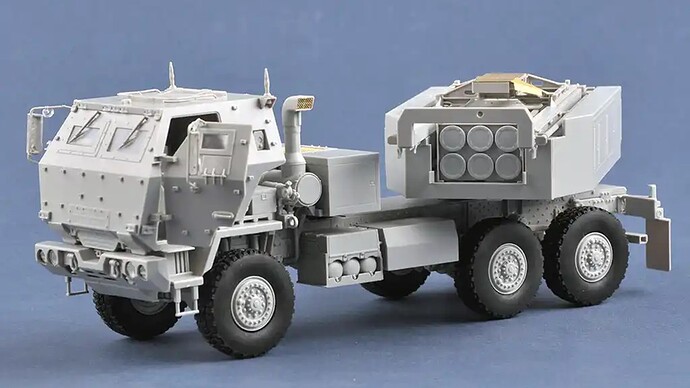 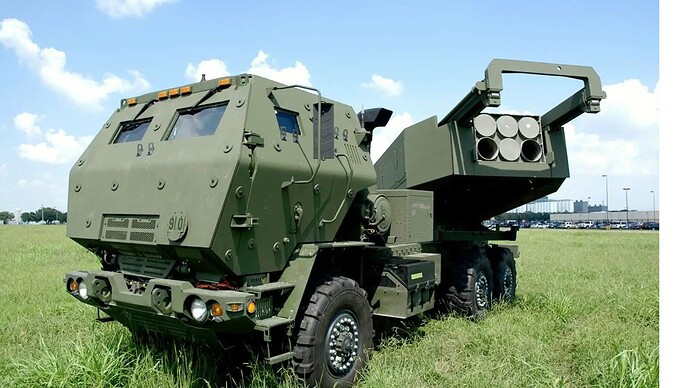 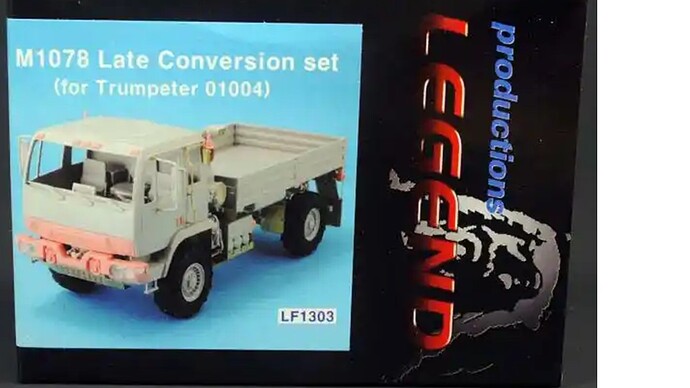 Thank you Gino for your explanation! Better than I could do.

My construction is based on this photo. 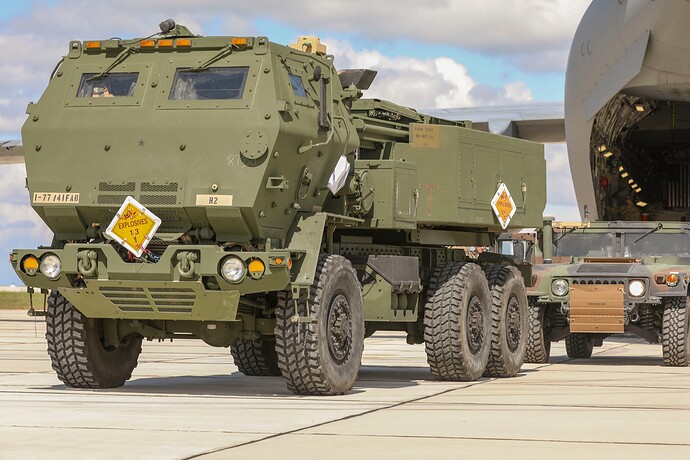 No camo yet I see.

I have seen them in only sand and green so far in the field. 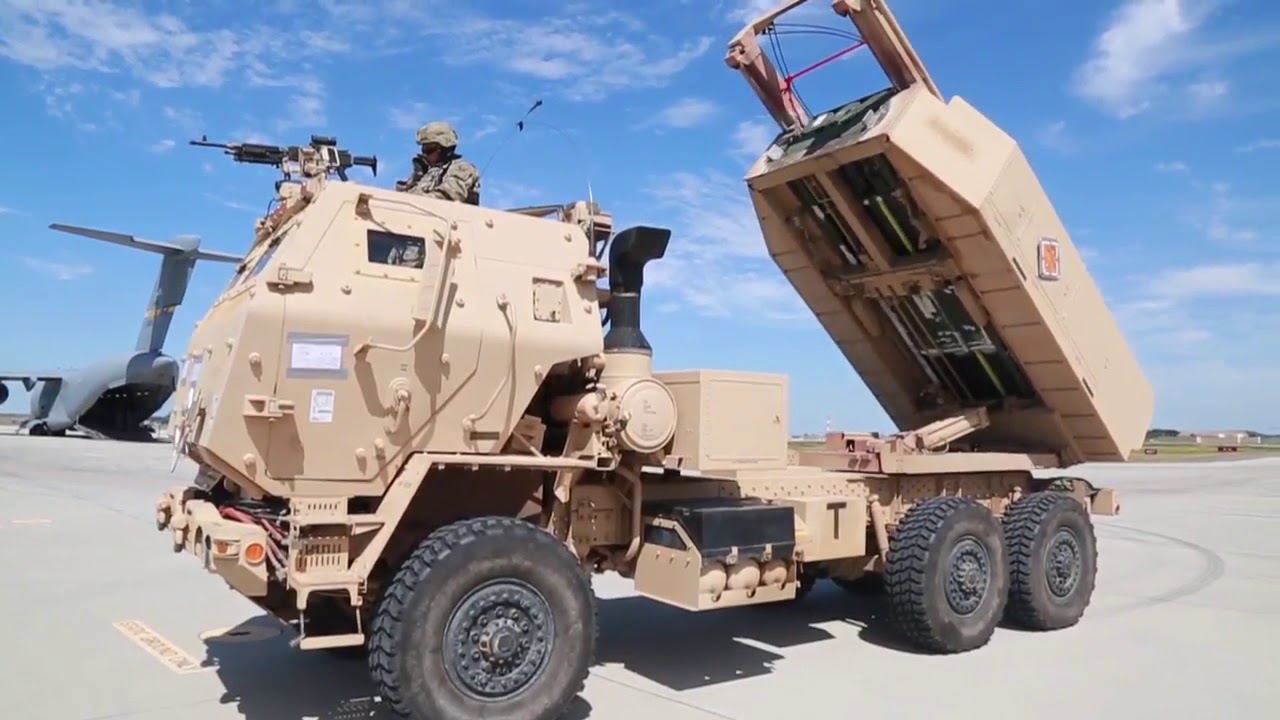 Apparently this one has a green cab with NATO camo on the rest of the launcher and truck chassis. Not sure what its story is. Maybe a prototype that was updated w/the newer cab. 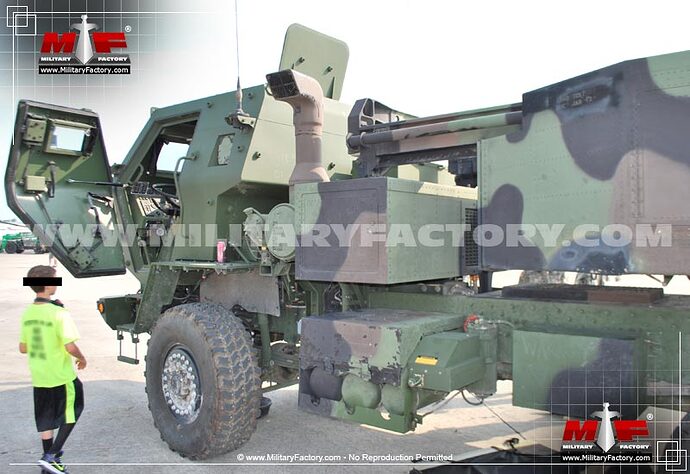 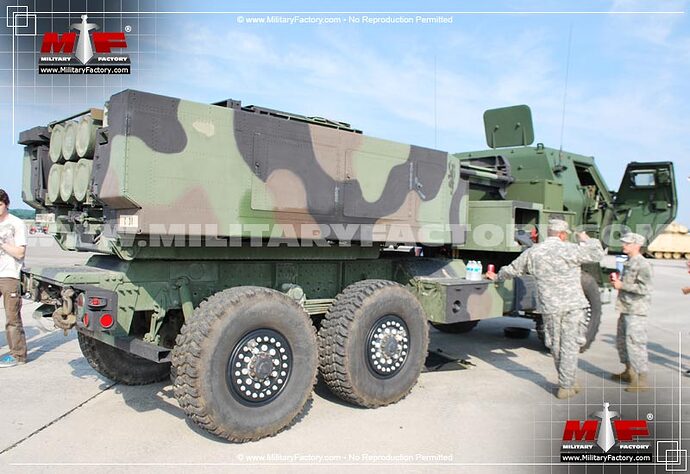 Superb work so far!
I picked up Trumpeters M1083 FMTV (Armoured Cab) for at a good deal, with a much ‘squarer’ cab design.
Does this have the same Prototype cab issue?
Tia
Jon

I’m not so familiar with that. But I think this kit what you mean, M1083, is a field version or armored survival kit from the early days in Iraq or Afghanistan. Not a prototype. It has nothing to do with the HIMARS, they are totally different.

I picked up Trumpeters M1083 FMTV (Armoured Cab) for at a good deal, with a much ‘squarer’ cab design.
Does this have the same Prototype cab issue?

As Andreas says above, the Radian armored cab that is on the Trumpeter M1083 was seen on vehicles in Iraq in the early days. It was one of many armored cabs that were trialed there, but it was ultimately not selected. 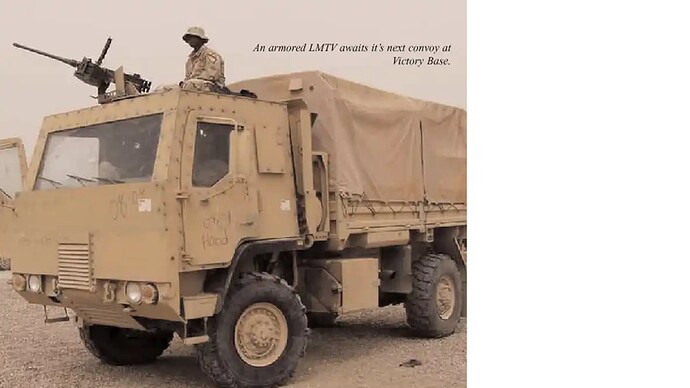 The one selected was the type on their Armored M1078 kit. It was known as the Low Signature Armored Cab (LSAC). 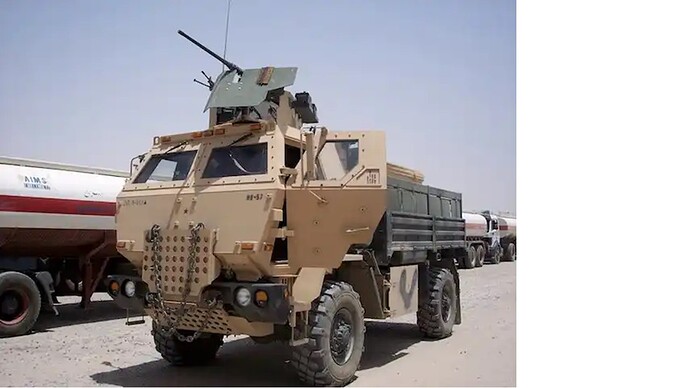 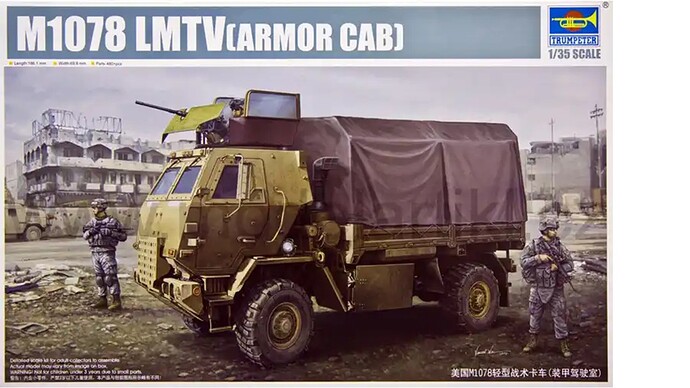 This has been updated to the current one known as the Long-Term Armor Strategy-compliant (LTAS) cab. 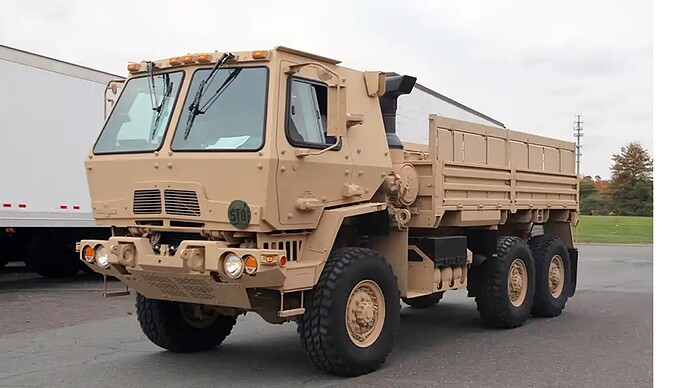 The M142 has a similar cab to the LTAS, but it has smaller, more armored windows to counter the effects of the rockets as they are launched.

Back to the HIMARS. A small update. On the left rear side of the chassis there is a bracket for cans which I added, the mud flaps are removed. The storage box from the kit is to big than in the original. Even I made them too big. The battery box has received an additional part from the legend kit.
I left the box on the left of the fuel tank, but it’s also different as the original. 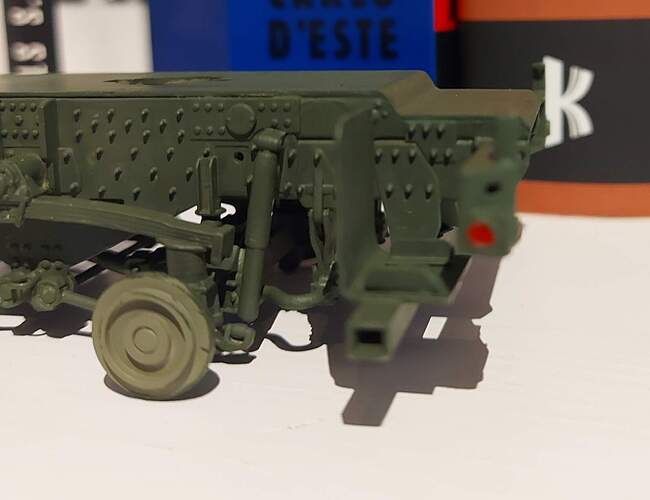 Hi Andreas, I started building my HIMARS kit. I intend to modify it from the start to a current version. I have collected tons of photos from the internet, which will ease the build.

Hi Hans-Hermann,
good luck with it! So you know what you have to modify. If you use the Legend M1078 front bumper, check the fit of the lights before you start painting it. Today I received some weathering stuff, maybe next week I’ll post some pics from my finished M142.

I started researching and found that there are too many errors in the kit.
For example: 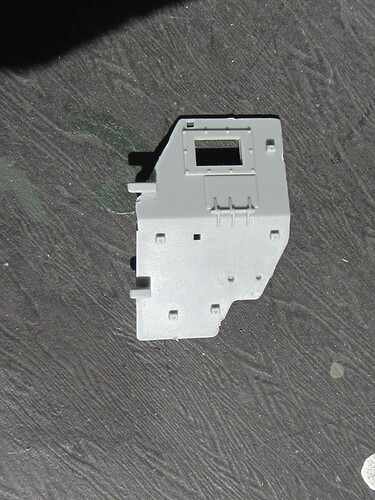 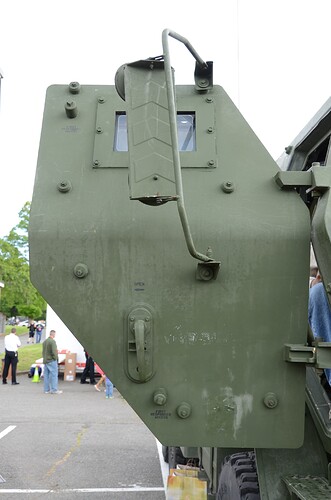