I would cut the mask around the bolts and either add more tape to mask the bolt or retouch afterwards.

Yes you asked for awards for this one. I gave you a few options

I’ll see what I can come up with for 8 Wheelers.

Thanks Peter, and yes, it all comes back to me now … The third one was the one people liked… Anyway, I liked it so that’s that lol… And thanks in advance for the 8 wheelers

Here she is masked. The bolts and the gaps in the spaced armor were a bit of a PITA, think I’ll have to touch up around the bolt heads once I spray the base coat 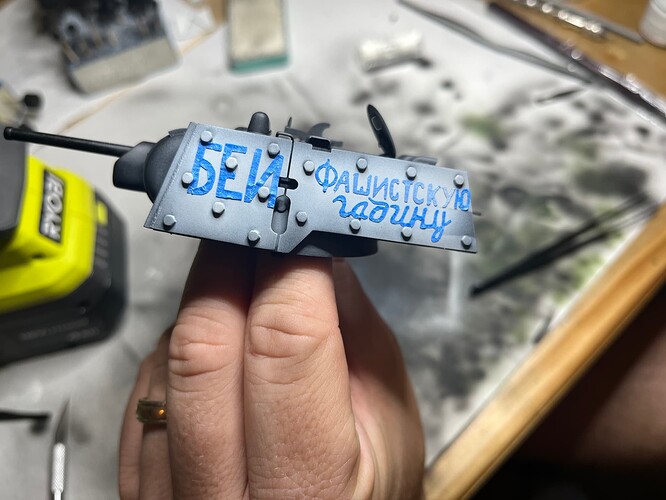 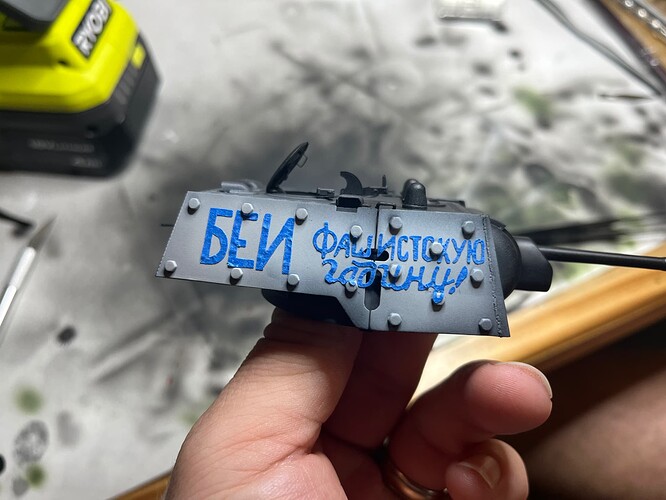 Looks like I’ll also need to smooth out the masks as well, photos revealed some ripples and bumbs

Mead, on the right side view in your pic above, shouldnt the decals be the other way as per the box art ? with the 3 large letters at the front and the 2 words on the rear section ?

Ok guys so we are about 6 months into this build and there have been some great builds and also a ship which was great to see, with Igor @Igor_Bobanovic completing 2 builds !! Hopefully we can get a few more done as they are a few that are nearly there and would be great to have a few aircraft and the Alaska finished…
Builds completed to date are;
JohnnyCh01
@Canmedic - Don
@TacFireGuru - Michael
@Igor_Bobanovic - Igor x 2
@Cookie - Gaz
@McRunty - Rory.

Rooikat has been primed and first colour down, but the brown is too dark. Hopefully I’ll get a lighter coat down tomorrow.

There is some confusion there on my part. On the box art you are right. The slogan is the other way. However, in the instructions, it shows it the way I have it.

I have only been able to find a reference photo of the left side. 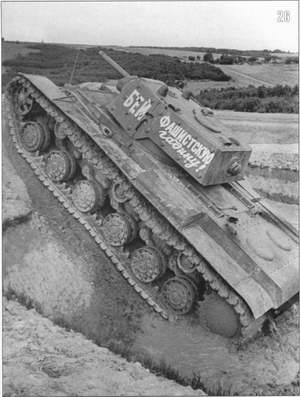 Given that it’s a slogan. Something along the lines of “ crush the fascist viper”, I assume it would be the same order on both sides

I would go with the box art way — when you look at the proportions and the area the words have to fit into, it makes sense that they would go on the rear section. Its the only sensible way as the 2 large gaps on the front / rear join line will never allow the long words to sit correctly ?

I’m up for that! Making the small letters fit the way I had them was a royal PITA. I have no issue with reversing them, or only having the slogan on the left side and completely removing it from the right

Something along those lines. I think it may need a Russian speaker to get a proper translation.

Would be nice to find an image of a Kv-1 both sides of the same turret. On this example they seem to not care that the letters don’t fit and just apply them over the gap. 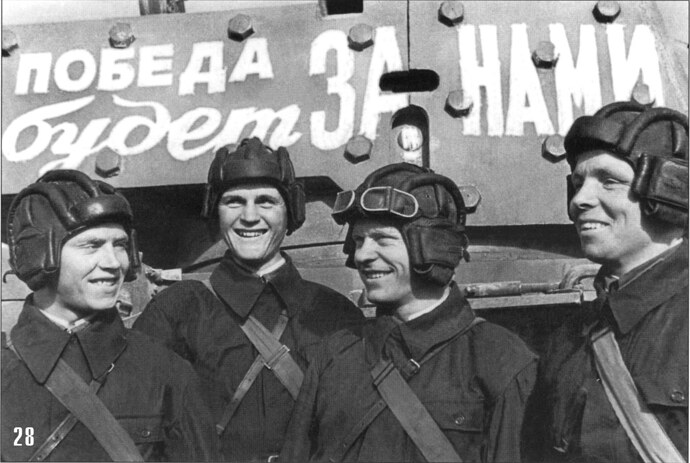 I’m super torn. I think it would look better and matches the box art and photos on trumpeters website, but, I am not sure the phrase makes sense of the two sections are reversed, and it wouldn’t match the kit instructions

Hmm! Found one with both sides, they clearly change font size and style to better fit the bolt pattern on each size! Easy enough to do with the Ciricut

This should also allow me some artistic license to change sizes to strategically miss the bolt heads!

The Russian language is less sensitive to word order in a sentence. That is why I have problems with English: I forgot what I was taught at school.
On the skinshot, the same inscription on both sides is read correctly. I did not immediately understand what your problem is.

I made such a tank a long time ago and I don’t remember the details. Mine had the inscription on one side. 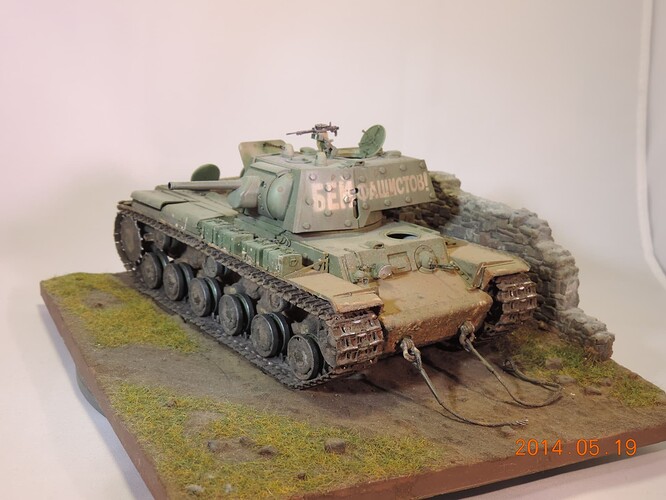 Stencils can be made without bolts, and then painted on them with a brush.

Take a look at these pictures. Not exactly the same text, but… 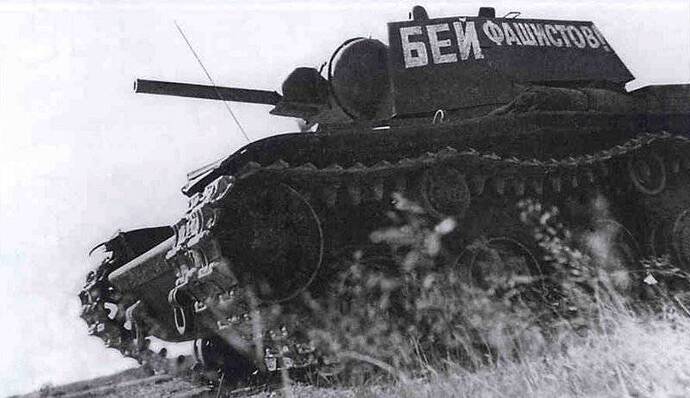 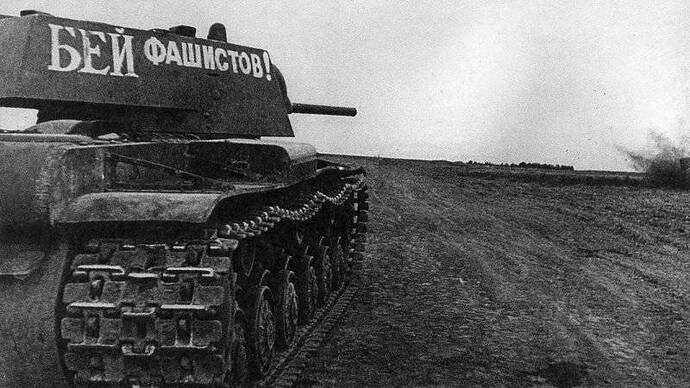 And pay attention to that kind of accent on the “inverted N”.

This was my choice when I built this model but in 1/72 scale. 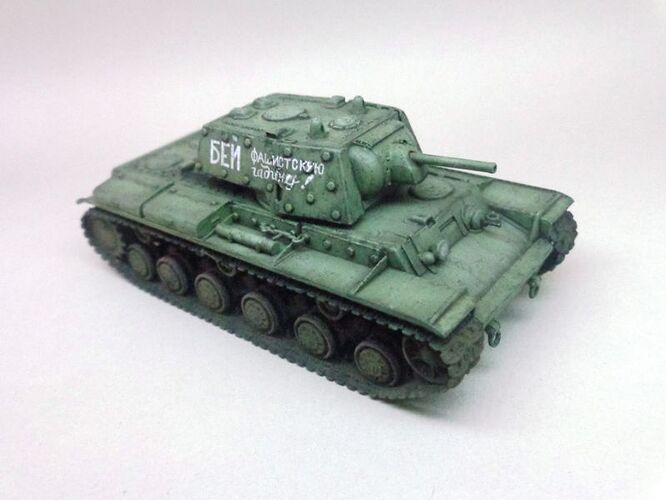