Anyone know which particular Leopard 2 tanks will be shipped to Ukraine? Looks like some new decal sheets in 1/35, and 1/72 will be in order!

I know Poland has bot 2A4 and 2A5s. What are the main differences between the two? Heard the 2A5 has better armor protection.

Beyond my knowledge at the moment Pages for logged out editors learn more The Leopard 2 is a third generation German main battle tank (MBT). Developed by Krauss-Maffei in the 1970s, the tank entered service in 1979 and replaced the earlier Leopard 1 as the main battle tank of the West German Army. Various iterations of the Leopard 2 continue to be operated by the armed forces of Germany, as well as 13 other European countries, and several non-European nations, including Canada, Chile, Indonesia, and Singapore. Some op...

The Leopard 2A4’s armor has a maximum physical thickness of 800 millimeters (31 in) based on unofficial measurements and estimates made by former conscripts and professional soldiers of the German army. On the Leopard 2A5 and subsequent models, the thickness is increased by the wedge-shaped armor module to 1,500 millimeters (59 in).

The Leopard 2A5 upgrade focused on increased armor protection. While upgrading a Leopard 2 tank to the Leopard 2A5 configuration, the roof covering the armor modules is cut open and new armor modules are inserted. New additional armor modules made of laminated armor cover the frontal arc of the turret. They have a distinctive arrowhead shape and improve the protection against both kinetic penetrators and shaped charges. The side skirts also incorporate improved armor protection. A 25 mm-thick spall liner reduces the danger of crew injuries in case of armor penetration.

Alright, this is what’s posted on Wikipedia:

The Leopard 2 Imp was developed into the A5. There were some improvements in the main armor composition. The interior received spall liners to reduce fragments if the armor is penetrated. The frontal “heavy” third of the side skirts was replaced with a stronger type. The commander’s sight was moved to a new position behind the hatch, and it received an independent thermal channel. The gunner’s sight was moved to the turret roof as opposed to the cavity in the front armor in previous models. A heavier sliding driver’s hatch was fitted.

Turret controls went all-electric, increasing reliability and crew safety, as well as weight savings. The gun braking system was improved to prepare for the later mounting of the new L/55 gun tube and to enable firing of more powerful ammunition, such as the DM53 APFSDS.

“Leopard 2 Improved” was a prototype-series for enhancing the A4, introducing a wedge-shaped, spaced add-on armour to the turret front and the frontal area of the sides. These spaced armour modules defeat a hollow charge prior to reaching the base armour, and cause kinetic-energy penetrators to change direction, eroding them in the process. It does not form a shot-trap, since it does not deflect the penetrators outwards to hit the hull or turret ring. The gun mantlet was redesigned to accept the new armour.[144]

And now, after 40+ years in service, the Leopard 2 will see tank to tank combat. I’m sure that the Ukrainians should employ theirs better than the Turks have in Syria.

Regarding tanks being sent to Ukraine, are the later models of M1s any better on fuel than previous versions? We’ve known for years about how bad they are on fuel and the logistics involved.

are the later models of M1s any better on fuel than previous versions?

Nope, still 8 gals/mile. The later APUs do help by not running the main turbine for radios and accessories though.

The Leopards being shipped to Ukraine will probably vary from 2A4 up to to 2A6 variant. If one includes the sub variants we are talking about 5-6 different variants.

Ok that’s what I thought. I didn’t realize it was that high; I thought 3-4 gallons / mile. Sheesh!

Perhaps fuel consumption is not an important factor and should be less used as a drawback.

Which tank will do over 80 miles in a day in a modern battlefield? Which army can keep moving for more than a certain distance per day? It is not a race, it is a movement of a huge mass of people, equipment, vehicles, provisions and so on.

No politics: just a fact.
Most of all, these tanks are waiting for Russia. Prizes have already been announced for the first captured tank - 1,000,000 rubles, and the first destroyed tank - 500,000 rubles. 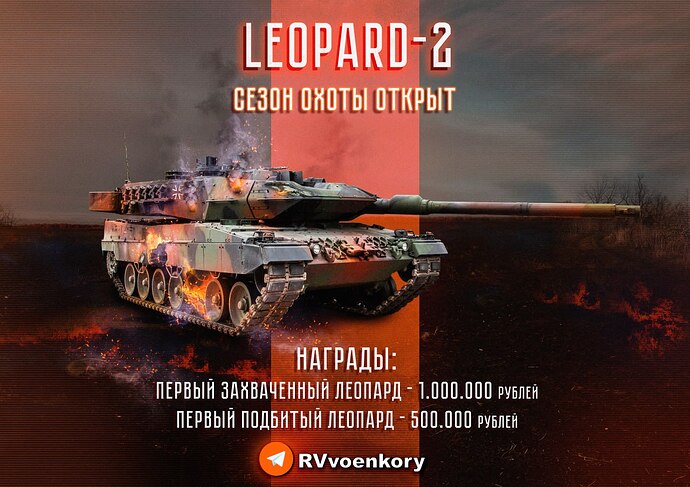 Everyone knows how many and which tanks are in NATO countries. 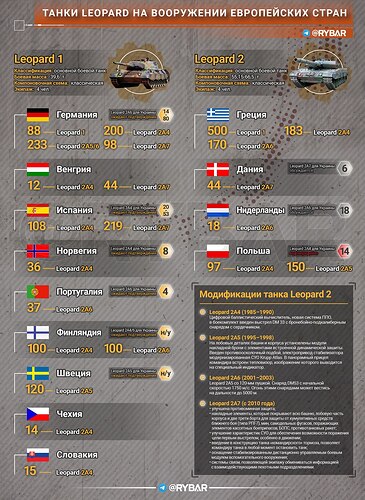 PS I went to sleep.
I think the administrators will figure it out without me.

I guarantee you, there are western engineers already pouring over the carcasses of T-90M tanks that have already fell prey to Javelins in the Kharkiv Region. Nothing new. Heck! Russian analysts were pouring over the wreckage of the F-117A when it was first shot down by Sebia in 1999. 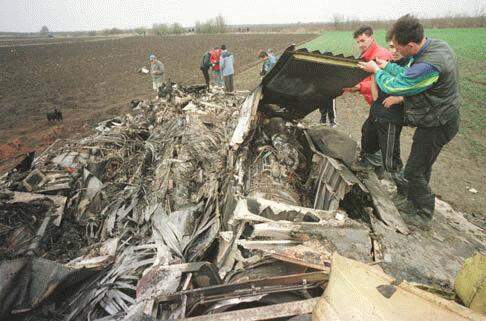 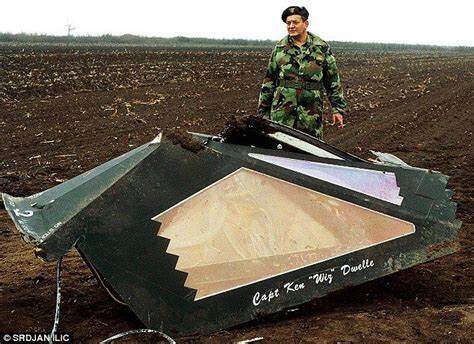 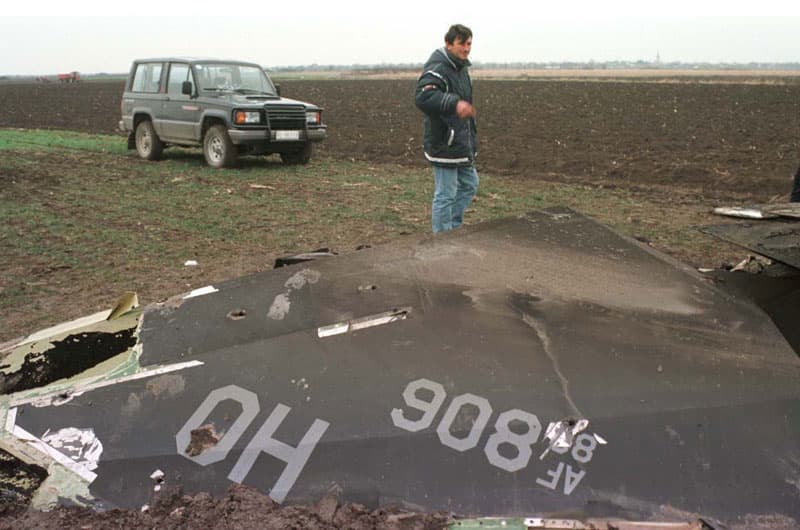 But we might indeed see something like this in Ukraine. I would surprise me if not. Every tank, no matter west or east is vulnerable to anti tank missiles. The Leopard makes no exception to that. 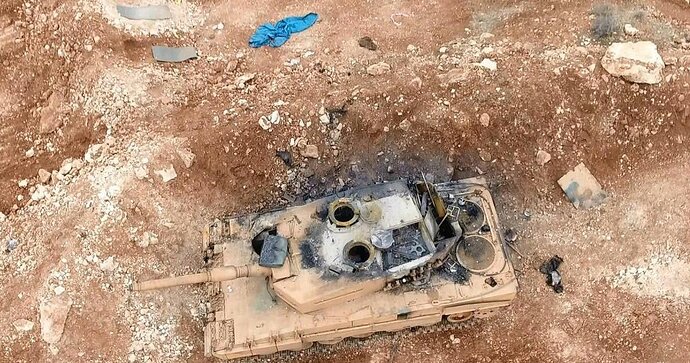 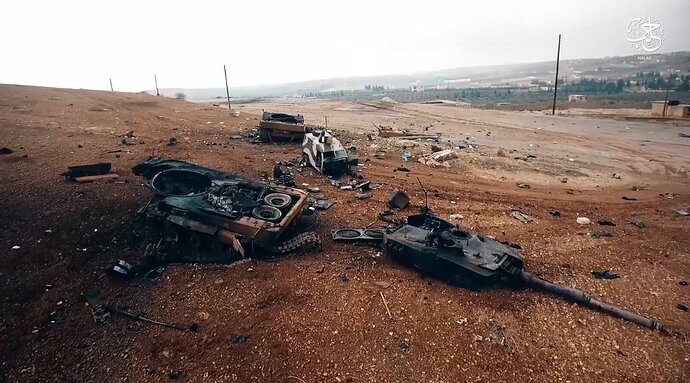 A destroyed Leo 2 is nothing new to us at least since 2016. Let’s hope the Ukrainians will do better than the Turks.

Let’s hope the Ukrainians will do better than the Turks.

Let’s hope they don’t just sit there in the open without infantry support. I agree; eventually, we will see some of these tanks destroyed and will be used as propaganda. Most likely put it on that nice museum train the Russians have of weapons and equipment taken in Syria. 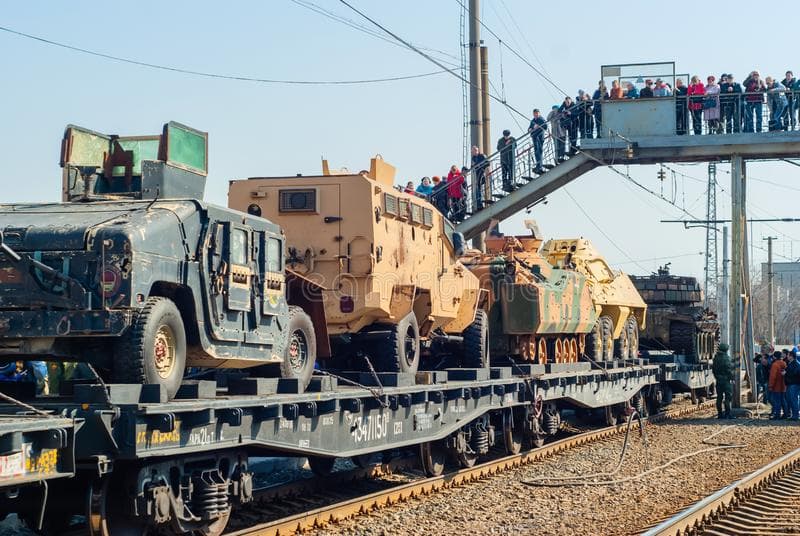