Hello experts!
I’m trying to identify the gear in this photo (3 items). Any idea what they might be?🕵️‍♂️ TIA. 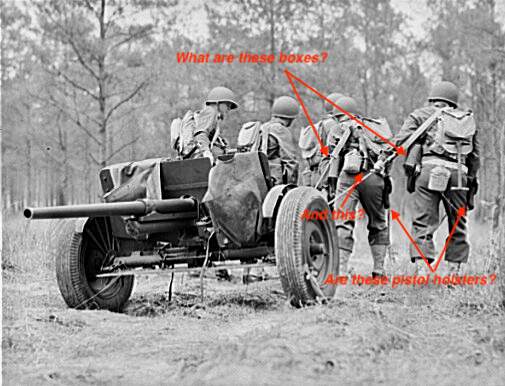 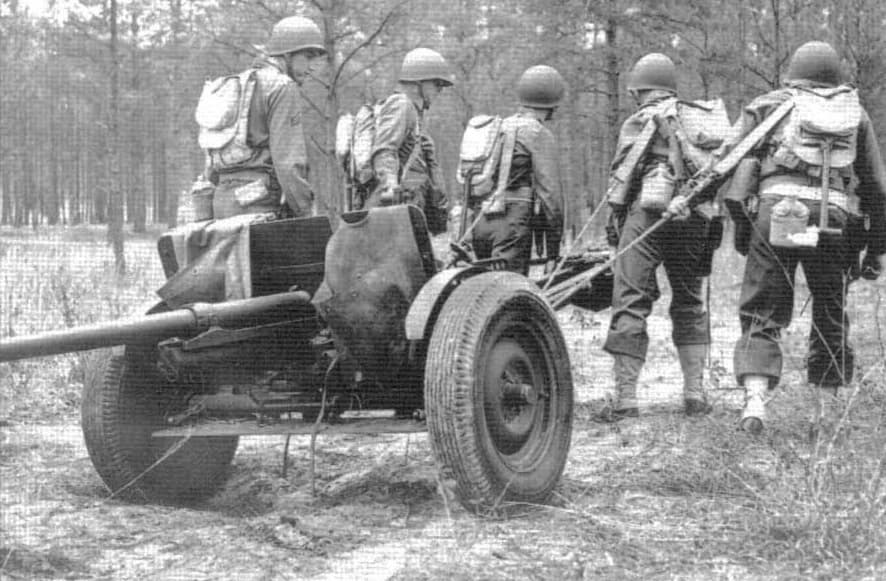 At first I thought one may be a pouch to hold the canvas tool roll to service the gun but I think the pic still shows the metal box attached behind the gun shield.: 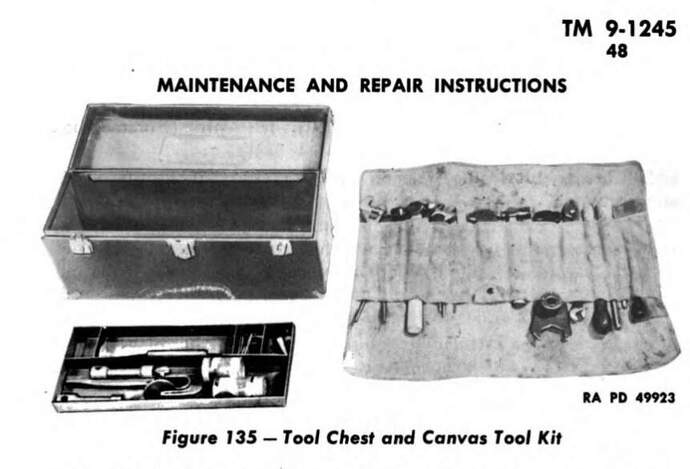 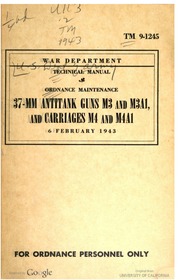 They are too small to be an accessory case: 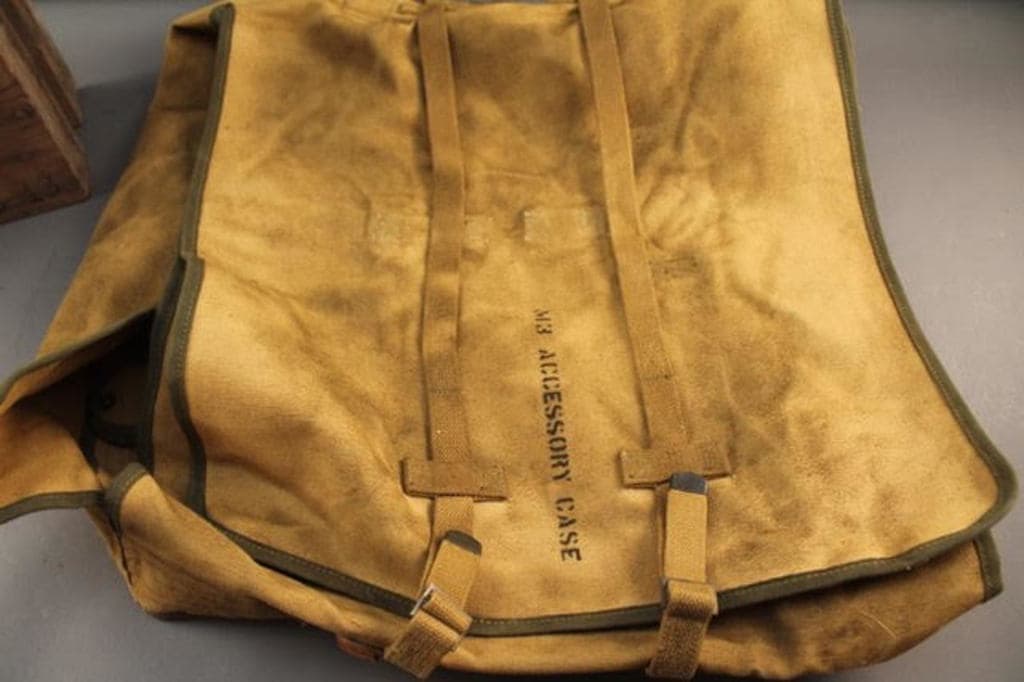 To the question “are these pistol holsters?” I believe they are. In this image you can see the butt-end of the M1911A1 pistol sticking out on the right and middle figures: 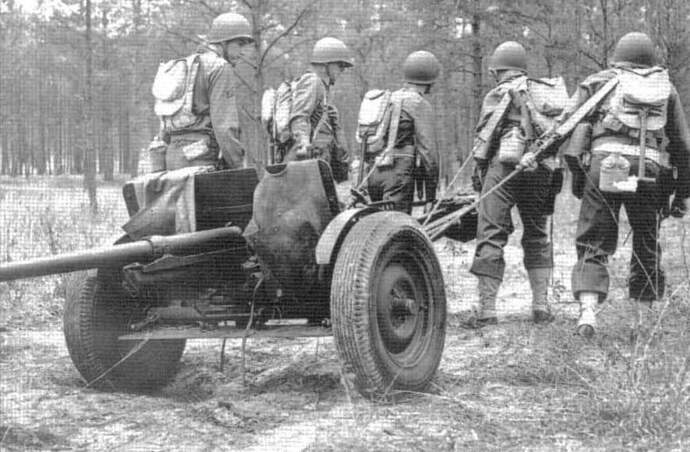 To the question “are these pistol holsters?” I believe they are. In this image you can see the butt-end of the M1911A1 pistol sticking out on the right and middle figures:

The boxes on the left might be ammo canisters.
Ken

@ tankerken (Ken). Ammo canisters! That looks to be the right size.Thank’s!

@ petbat (Peter). I have that image as well, but yours has better resolution. Thank’s!
Note: There are two of these images floating around the web and when you look closely, they form a small time-lapse. (see below). 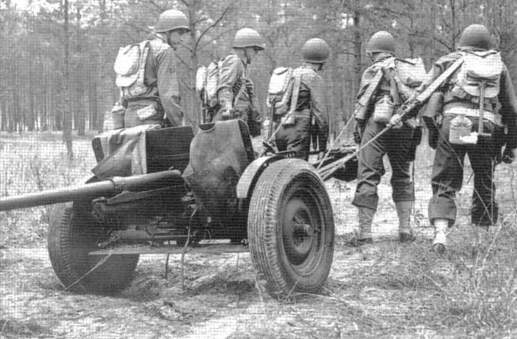 US M3A1 37mm Anti-Tank Gun (inspection by Corporal)886×581 74.6 KB
Image No. 1: The Corporal (Squad Leader) is standing left of the gun and appears to be inspecting the hauling rig. 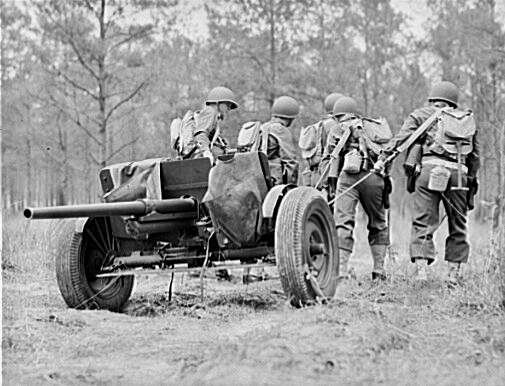 Image No. 2: The Corporal (Squad Leader) is at the front of the formation leading the squad.

• I’m convinced the right hips are strapped with holstered sidearms now (M1911A1).
• Could the middle item, right of the canteen on one GI possibly be a sheathed pickaxe? 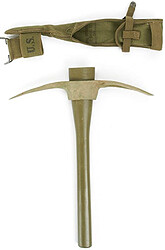 PS: That Tech Manual is a nice little find. I’ll add that to my collection. Thank’s!

Yes, I’d go with the pickaxe, but I’d be hesitant to suggest the ammo container. The M3 37mm rounds were around 15 inches long, add the size of the tube to hold it, then the carry all, and I think the pic object is too small: 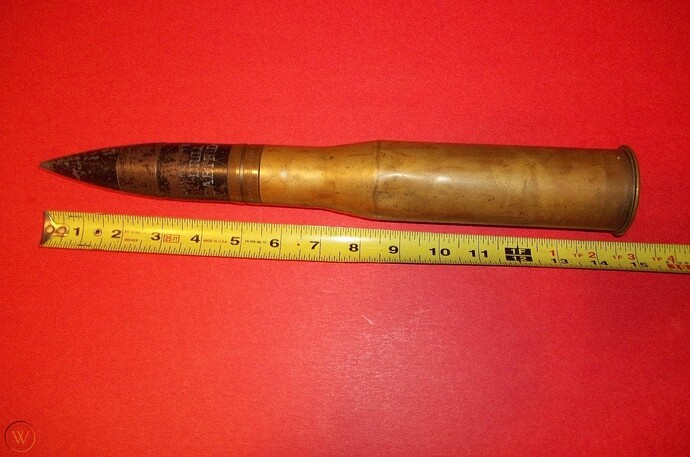 It is also probably too heavy on one side plus to be held up like that.
https://www.worthpoint.com/worthopedia/1942-37mm-armor-piercing-anti-tank-1809388775

@ petbat (Peter). I did some more digging as well and found similar dimensions. Now that you mention it, I tend to agree with your assessment.

In the following image, it looks to be a sack of some sort — maybe a rope bag. Just hard to make out the hard edge as it appears on the two front-facing GI’s. 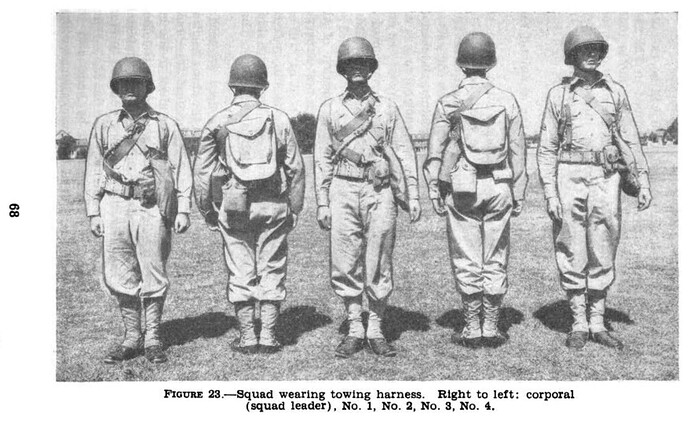 Unless a more definitive answer turns up, I’ll most likely just try to fake the item shape — just curious as to what it is.

Many thank’s guys. I really appreciate your efforts.

Yes those are holsters.

I’m not certain but I would say the other items aren’t boxes but gas mask carriers.

… I’m not certain but I would say the other items aren’t boxes but gas mask carriers.

@ KurtLaughlin (Kurt). Thank’s Kurt! I think you’ve sold me on that notion. I went googling and found the following images. The bag’s contents/shape seem very similar to the gear carried by the crew. 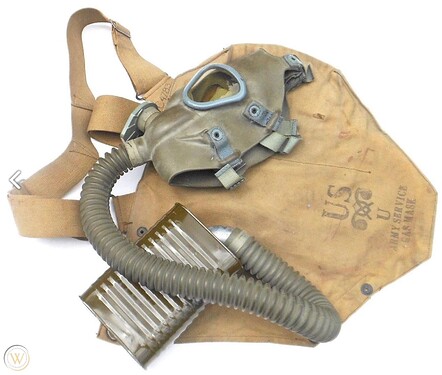 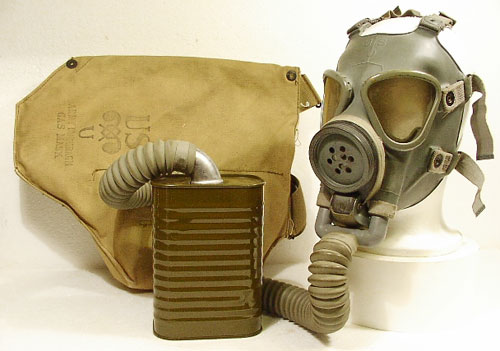 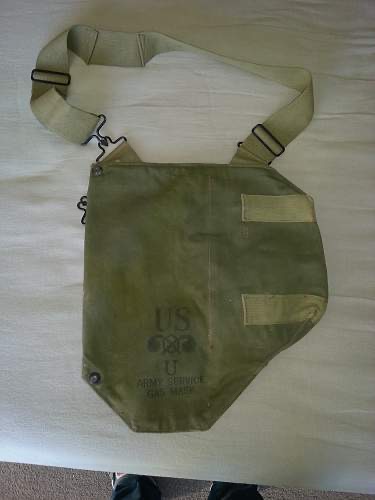 While bumbling around the web, I found this bonus image of the pouches with gas masks deployed. 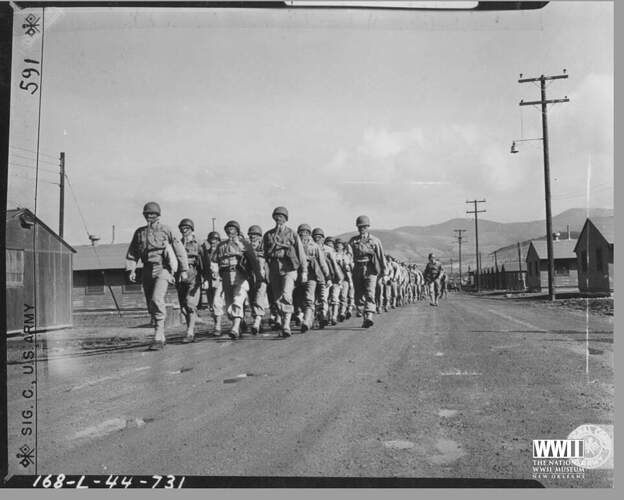 Note: All images are for reference only.