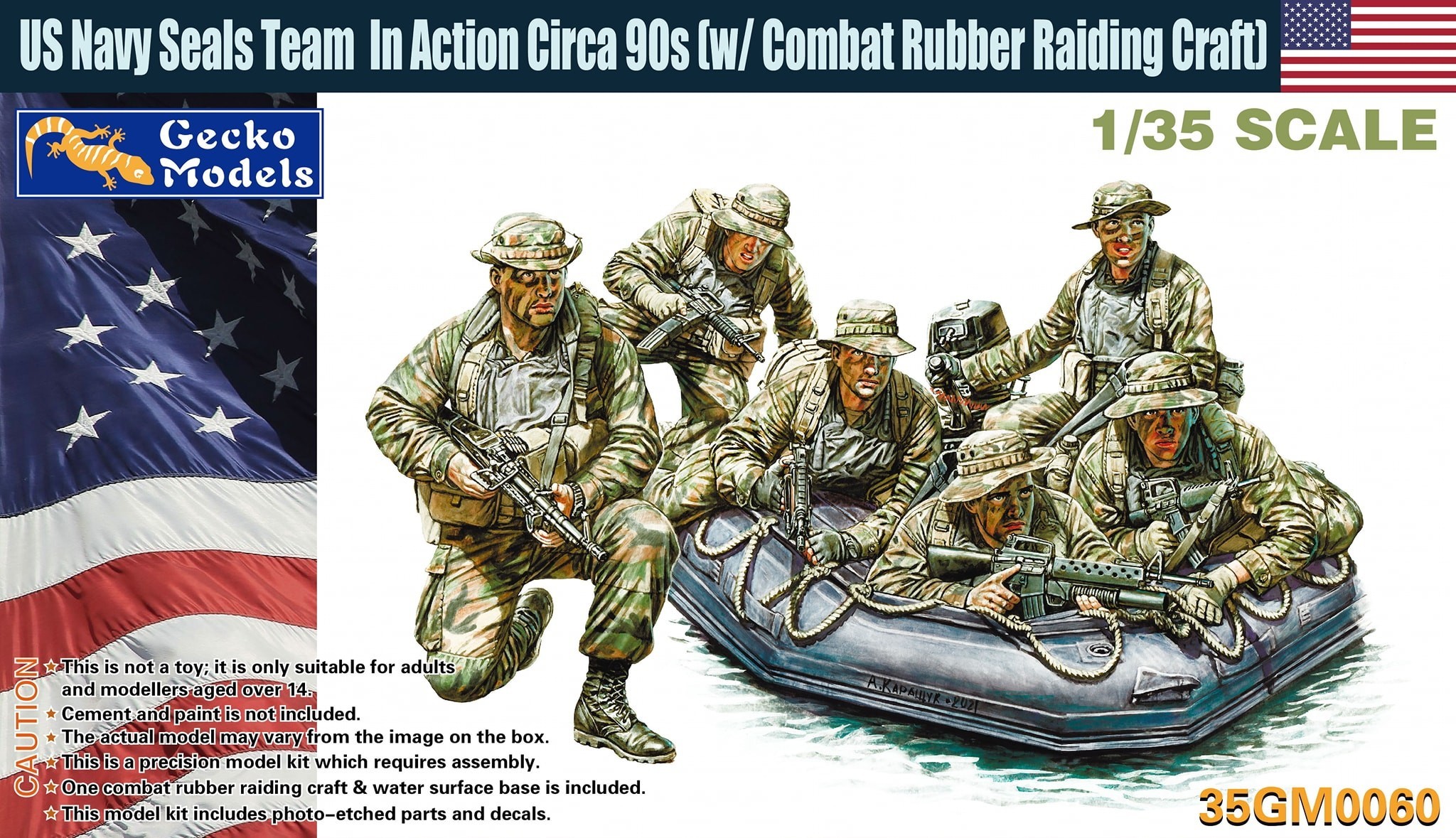 This is partial text from the full article (usually with photos) at https://armorama.com/news/us-navy-seals-in-combat-rubber-raiding-craft-from-gecko
2 Likes
Stikpusher February 2, 2022, 3:28pm #2

Hopefully this is the start of a whole new line of modern US figures for them.

And that makes this perfect for me. My first team in 10th Group was a MAROPS team. I don’t recall if that looks exactly like one of our Zodiacs, (I remember ours being bigger) but close enough.

I always loved the M16’s with M203 handguard

Like the concept, hopefully the execution is good as well.

If there are no safety violations, what’s the point?

Well this is very nice to see.

Looks cool yeah. Would like to see the sprues

Retouching on this statement:

Don’t let that stop anyone from getting this set for later use. Sure, the box art depicts meat eaters from that era, but SF guys still to this day use the ALICE because they recognize it’s a superior ruck. Others that have been issued to replace the ALICE over the years are just not as robust. Anyone who’s ever jumped a newer knows how brittle some can be in cold weather, and they shatter on impact with the ground.
BDU’s can be shown well in the 21st century. If you want a more modern uniform add shoulder pockets from lead foil. Weapons you can obviously switch out.
I’ll get a set simply because I know of no other figure with both sides of the boonie folded up.

Man, I was working on this. Feels like i am being copied!!! 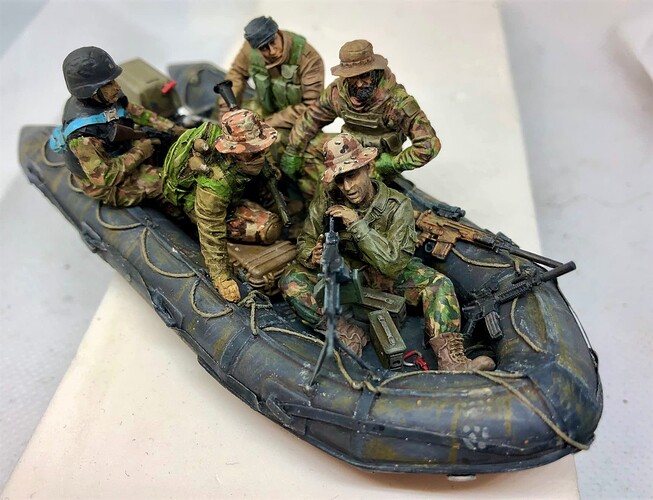 Yes, and at least one guy from this set will work with with the boat & team As per the box top, it includes a water surface base as well. 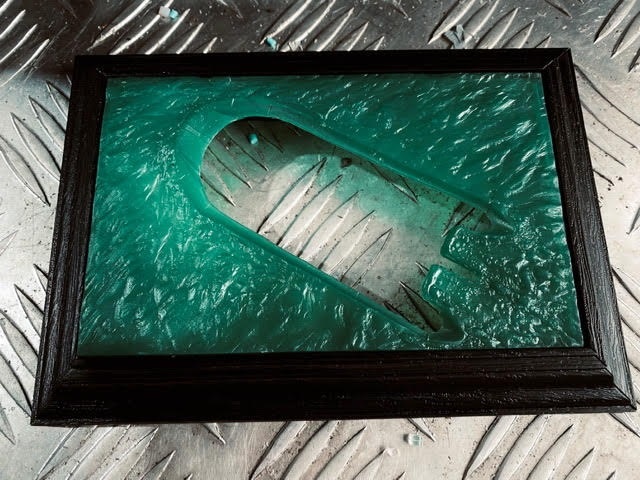 Well that’s a welcome little addition. Last year I did a Revell Trabant kit that had a foam board full color base depicting it smashing through the Berlin Wall- it was great to have a nice display option like that included in the box, as it is here. Would be nice if manufacturers would do that more.

I’ve got that kit, but I guess I got it before they included that base. I’m doing mine from scratch using drywall with the paper removed. A little thick but looks good. I even have a 1/25 WWII German driver figure I’ll paint like an NVA soldier.

I had to make my own craft and water 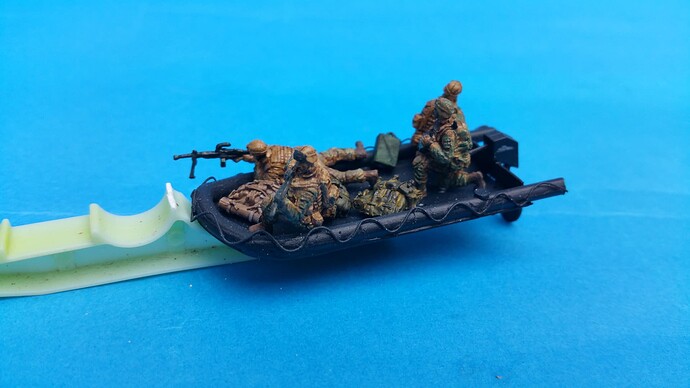 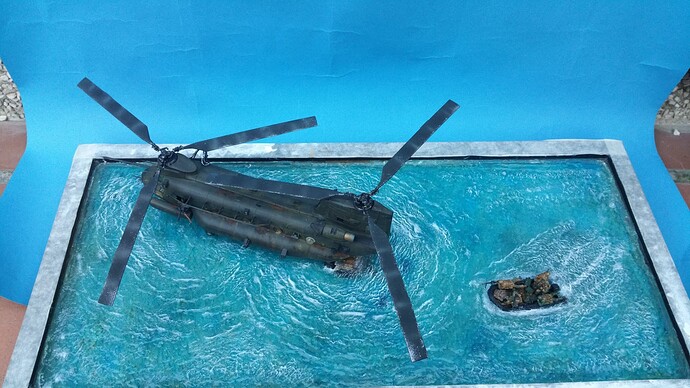 No, that Chinook is from 2016. I tried to improve the kit with some PE. The kit is the same of the one you say, MH-47E from Revell.

BTW, the figurines are supossed to be SF

Really? The beer must be on the bird already.

That kit looks really good except for the M-16A1 that a SEAL has. Another SEAL holds a M-14 in the CRRC.

This kit reminds me of a SEAL book that I have dating to around that time and the SEAL with the M-60E3 is a dead-ringer for a photo in that book, so is a SEAL with a M-16A1. It literally took around 30 years to make a SEAL that carries the M-60E3 with those ammo rig vest pouches besides Dragon Models.

Very enterprising figure modelers can try to update everything with Live-Resin torsos, (heads), gear, and weapons as the CRRC itself hasn’t changed in decades. All one has to do is keep the limbs and maybe the heads and Boonie hats.