US Tanks In WW2

Which US tanks were used in the ETO. I am a bit confused. Thanks.

Most types of M4 Sherman, T26s near the end, M5 Stuarts. The M3 was pretty much gone by '44 except a few specialist conversions, and I think the M3 Stuarts were also replaced by then. Then there are tank destroyers like the M36 and M18.

And the little M22, as I recall a British unit used a few in combat (for about 5 minutes)

Which US tanks were used in the ETO. I am a bit confused.

Tank destroyers are close but not quite the same. Officially they were titled Gun Motor Carriage to denote the difference. They ranged from wheeled soft skins to half tracks to fully tracked such as the M10, M18, and M36. Different doctrine and employment. Although by the end of the war they were often called upon to fill the tank role.

I guess the question should be raised, gun motor carriages is not this a piece of armor as well?

Not in a traditional sense but they were responsible for carrying on but ever so humbly . The M7 priest was used in the ETO and it is a great model to build.

OP’s question was regarding tanks. Armored cars, self-propelled artillery, wreckers on tank chassis and tank destroyers are not tanks.

Some GMCs were armored, some were not. The M6 GMC was an un armored WC-56 vehicle mounting a 37mm anti tank gun in the bed. Those that were armored such as the previously mentioned full track types, or the 75mm armed M3 GMC certainly qualify as AFVs. As do their howitzer armed cousins of the Howitzer Motor Carriage (HMC) branch of the family. But other GMCs such as the 155mm armed M12 and M40 are yet another branch. I do believe that Army Ordnance classified the types based upon if the type was carrying a direct or indirect fire weapon. Vehicles that mounted AAA, being direct fire, also fell into the GMC category as designated.

OP’s question was regarding tanks. Armored cars, self-propelled artillery, wreckers on tank chassis and tank destroyers are not tanks.

US WW2 tank destroyers have turrets and a respectable main gun. But as soon as they receive return fire the differences from a tank become painfully clear.

The Germans certainly had their own problems with armor reliability but their idea of a tank destroyer (although lacking a turret) included substantial armor protection for the crew. 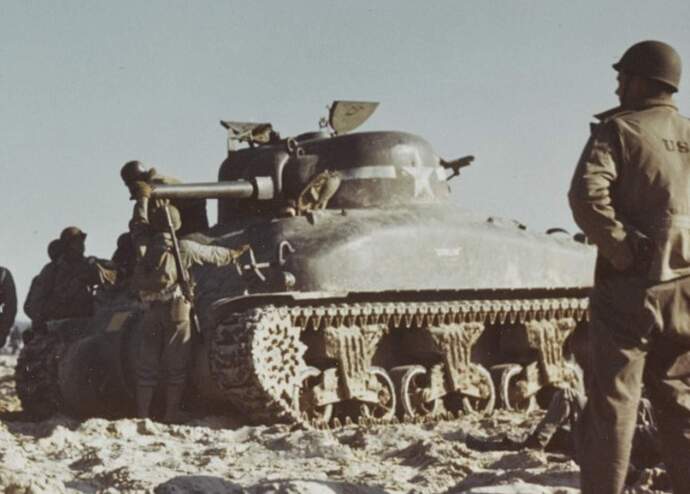 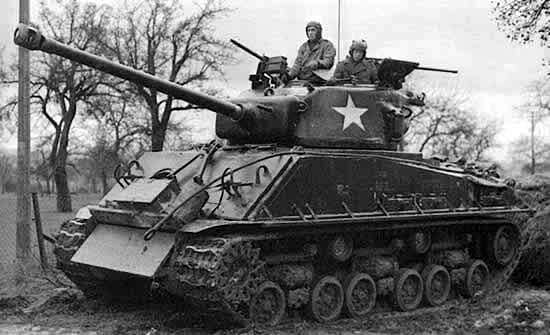 That’s definitely true as the Sherman evolved for sure.

Thanks everyone. I am wanting to learn about and build all US vehicles used in the ETO. I have been buying somethings lately but havent been able to build models for a while now due to health issues.

The M36B1 was an expedient variant to get more 90mm guns into combat. IIRC, the basic M36 hull production run was either completed, or running out. It was quicker to mount the M36 turrets on the still in production M4A3 hull than address the TD hull situation.

The basic M36 hull was old M10 hulls that had stayed in the US for training, or were still on the assembly line when the transition to M36 began. Those ran out pretty quickly. Hence the switch to M4 hulls.
Ken

Since the T23 turret with 90 mm gun shared the same turret ring diameter of 69" with the Sherman series, wouldn’t have been both possible and expedient to fit Shermans with that turret?

wouldn’t have been both possible and expedient to fit Shermans with that turret?

It was tried. Just never put into production 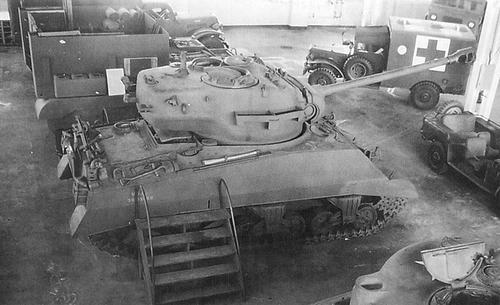 And there weren’t that many of them made… To confuse things even more, while the M3/M5 started as a light tank their primary role transitioned to reconnaissance and it was found they did this better with the turret and its 37mm gun removed.