With dozer blade! Due out in February from RFM. 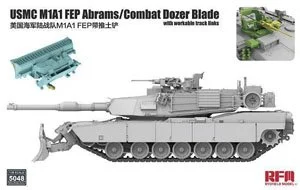 Looking forward to it.

Let me get one first please.

Forgive my ignorance, but did this version ever go into service with the Marines?

Yes, follow the second link to see all the goodies.

Are M1s (and A2s for that matter) pretty clean externally on the turret when they go on the annual range periods for firing?

When we went to the annual gun range we where living on the hog. So you would have 4 sleeping bags, 4 bitch mats and 4 ruck sacks that all fit nicely in the bustle rack. We also had range flags (green and red as I recall) on each tank.

When joyriding and small range (.50 cal rifle in the barrel) around our tank ramp area, I think we were clean and no extra gear at all as I recall.

I am sure each company had a slightly modified SOP on what they wanted.

Cheers Bootie, good to know. I just fancy doing a few clean builds without the turret being hidden by all the caggage…

The bigger news than the Pearson blade is the SCWS (Stabilized Commander’s Weapons Station), the first one in any form; plastic or otherwise.

Hello. Was this version used in Afganistan?

I don’t think so. I believe all tanks that deployed had the original CWS on them.

Yeah, I was going to say the same. SCWS was mounted after the Marines pulled out of Afghanistan and Iraq based on my research. And obviously, the Army Reserves got them way later.

As I recall only one Marine tank company (D Co, 1st Tanks) deployed to Afghanistan and for a short time period and they had a unique setup used only by them and not other deployed Marine units. You could convert existing M1’s with the PSM set 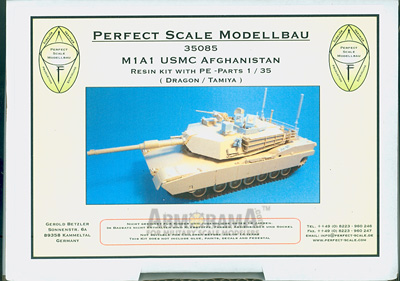 Or I think the Meng M1A1 Tusk gives you the parts needed. However, the Army National Guard still uses this version. Not interesting enough?

) but used for the last decadish or so especially in Iraq. Relevant fleet use not that long ago. To each their own.

Gotta get one of these to add to my M1 stable