What were the best/worst kits you have built?

Hello All,
Was wondering what the best and worst kits you have built. I don’t have experience with a lot of different manufacturers. Some are, Revell, Monogram, AMT, Ertl, Tamiya, Academy, Dragon, Italeri and perhaps a few others.
I think I will rate the 1/48 Tamiya P-47 as the best. Fit was excellent and a pure pleasure to build. Probably the worst would be something from Italeri. Can’t remember the specific kit but it would be a 1/35 WW II truck. The cab was in about 6 or 8 pieces and the fit would give you one. That is, the fit of the kit would cause you to have a fit in trying to build it or at least it did to me.

God Bless You All,
Joe

The worst kit I ever tried to build was definitely the Alan SU-76. Completely unbuildable at any step. Parts didn’t fit close enough to apply glue. Wheels out of round. Mold shift. Seams bigger than the part itself. Spent an afternoon wrestling with it before it became one of the very few kits I’ve ever binned. Nothing worthy of the spares box.
Possibly the best kit I ever built is the Asuka/Tasca M4A3E2 Jumbo. Just a pleasure to build from beginning to end. Excellent engineering, perfect fit, outstanding detail, beautiful parts and molding. A modeler’s model.

I think any Alan kit will be at the top of the list of anyone that has attempted to build one. 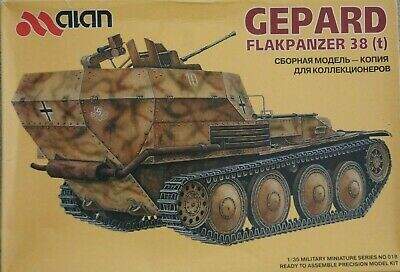 My Best…a lot of contenders. For sheer buildability, especially the link and length tracks and level of detail without compromise: Tamiya Renault R35 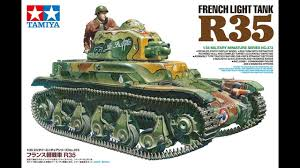 The Renault is just a fun kit. Not complicated with a parts number that has not been blown out stupidly or with parts smaller than the sprue gate holding it. Well engineered, great fit and a genius idea of a small lug on the front idler to hold the top track run in place so the rest all fits perfectly. The epitome of Tamiy’a ‘shake ‘n’ bake’ philosophy. Mr Tamiya would be justifiably proud.

Best: broncos archer. Bronco gets a lot of flak for over engineered kits and well true, if you put into the time they turn out lovely! This was a joy to build!

Worst: ICM spitfire, terrible fit all around, ended up in the bin. Left a bad taste in mouth as it was my first icm kit, so much so I haven’t mustered the courage to pick up another

Best - Tamiya P 38 followed by Tamiya Hien and Tamiya P 47 - all 1/48 . Also in the Running Tamiya’s 1/12 Honda RC 166 . Recently completed my first Model Factory Hiro kit , the 1/12 full detail 158 Alfetta. Incredible but not really in the same genre as the plastic kits - much more labor intensive but very rewarding.
Worst ever and the only kit I every came close to quitting and binning also Tamiya - 1/12 Lotus 49 but to be fair the kit dates back to the early/ mid 1960’s so it should not be compared to their current kits .

Alan. It was Alan again. What is it with that guy? This time it was the German Bison on the Pz I chassis.

Not sure what was the best, but the Polar Lights 1/350 K’Tinga battlecruiser with the lighting kit went together much easier than I expected, especially with as much masking as I had to do. I think I did more masking on that one kit than in all the aircraft kits I’ve built in the last decade combined–and I build a lot of German and Japanese WWII aircraft.

This warms my heart! Have the tamiya P-47 and Hein in the build queue!

Compared to most of the folks here I’m a newb, so, fwiw:

The 1/48 Tamiya P-38 is kind of mindblowingly good. I’m doing the F and will almost certainly do another, or a G, and the J when it comes out…

I was extremely pleased with the 1/72 Airfix Spitfire Mk I. Once I realized that the locating pins weren’t perfect and snipped them off, it went together like a dream also.

The 1/35 Takom Chieftain was a very nice kit to put together.

Worst: Esci (now boxed as Italeri) Renault 5 Alpine. Just awful from start to finish. An interior so inaccurate you’d think the real thing must have been a state secret in in 1981! Rest of it was just as bad.

Best: Trumpeter UAZ-469- one of my favourite subjects and the kit really didn’t disappoint- just a nice, enjoyable build.

Worst kit: Manufacturer - Encore Models / Kit - Wz 34 Armored Car. No. 3501 | 1:35
Got it on sale for dirt cheap, thick/brittle plastic, short shots on the sprues, sinkholes and melted marks throughout and although the kit was sealed and bought from a dealer it reeked of stale cigarettes. 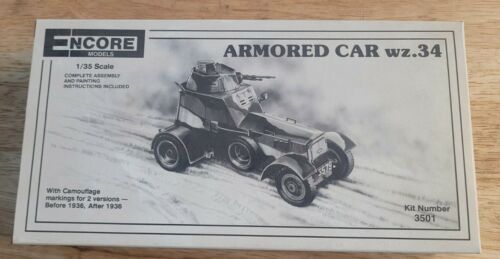 Best Kit: Manufacturer - Tamiya / Kit - German Steyr Type 1500A Kommandeurwagen
No. 35235 | 1:35
Maybe because it was the first kit I had that went together like butter. The fit was great. There is loads of detail. Two figures included. Relatively inexpensive for a Tamiya kit. I’ve built several of these and it’s still my favorite. 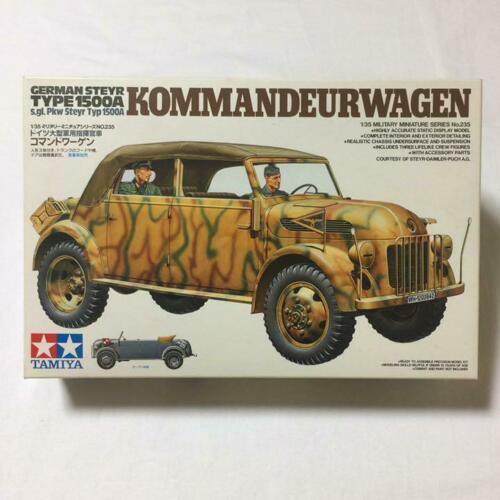 Awww poor old Alan’s SU-76, I don’t know if Dragon tweaked it for their re-box but I built it OK back in the late 90’s…however the full dimensional horrors only became apparent when I paired it with MiniArt’s more recent & infinitely better version.

If Best means most enjoyable it has to be Trumpy’s BR52 for me, yes I know experts have panned certain inaccuracies on it but it was fairly trouble-free & extremely satisfying… 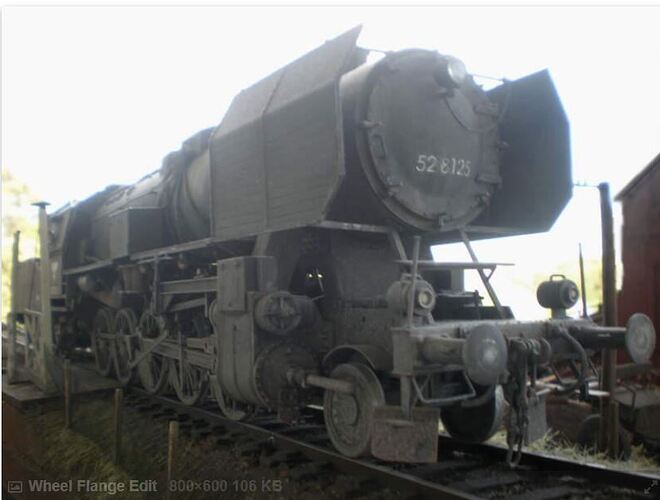 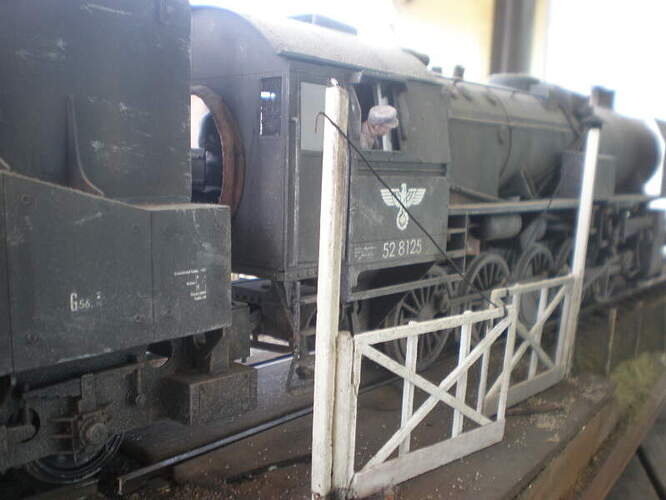 If Worst means most difficult, way up there in a league of its own was MiniArt’s Gaz Quad. The truck was fine, it was the Quad sub-assembly which was the most harrowing modelling experience I’ve ever had in 50 years. So it’s no surprise I’ve never seen anyone else (foolish enough to) attempt it on this site or its predecessor… 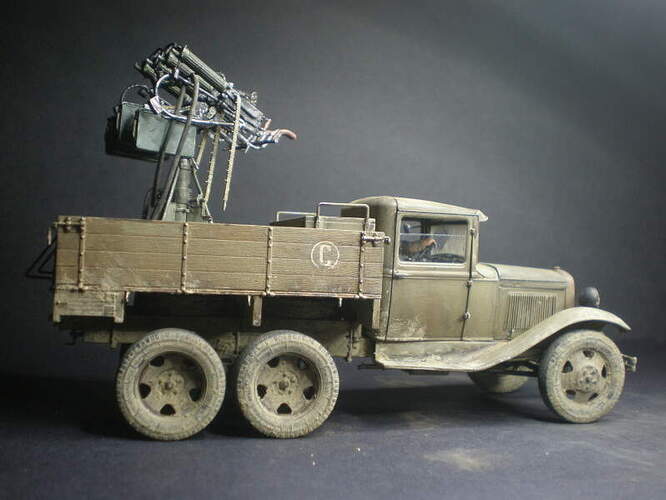 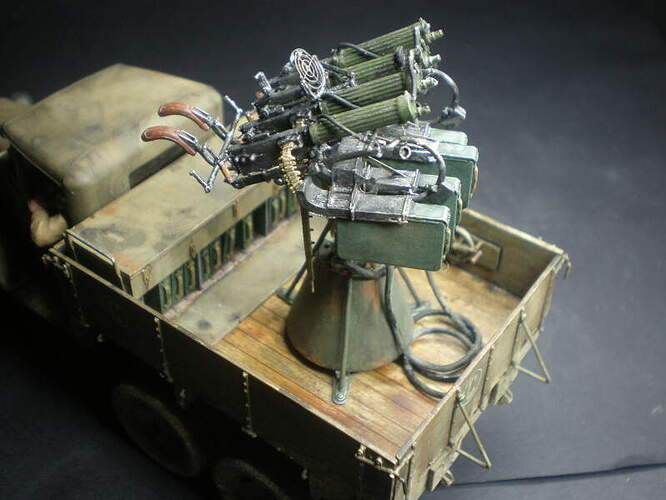 But if Worst means most poorly conceived & relentlessly bad, bad, bad, come on down MasterBox’s Merc 170…I’ve repressed the experience but I remember the necessary modification… 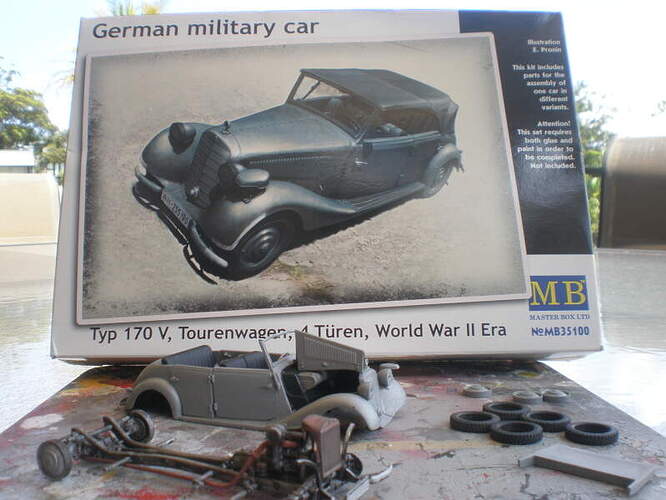 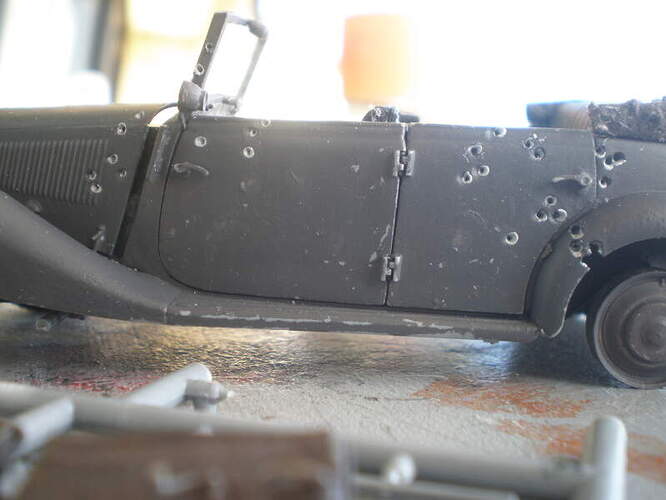 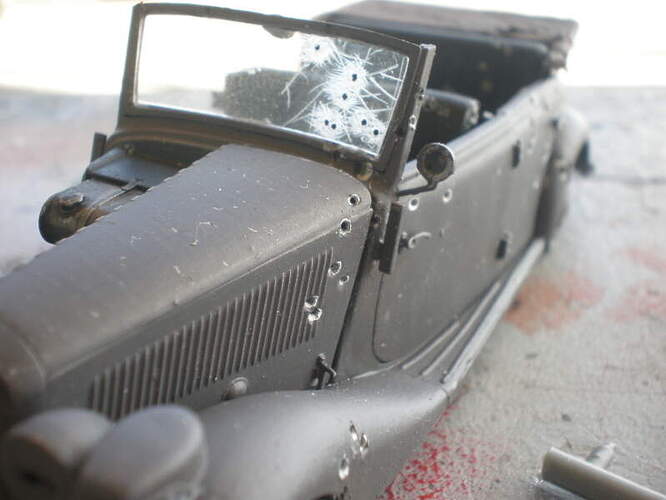 I have to say for fit, the worst I can remember is Tamiya 1/35 25 pounder. The trail comes in left and right halves and are not the same thickness. There is a lot of plastic to remove and I haven’t shaved them down to match yet. Makes me regret not buying a Dremel tool. Also the fenders on the ammunition trailer stick out at an angle but that’s easier to fix. This was one of Tamiya’s earliest kits.

The best fit was Tamiya’s French Armored Carrier UE. I actually finished this one. My first experience with link-and-length tracks.

Worst I ever tried was PM’s 1/72 IAI Nesher. Crude, toy like, devoid of any detail and terrible fit. The only thing holding the wings to the fuselage were the strips of plastic I had to fit inside it. And gaps? About half a tube of filler went into it. At this point I gave up and used it as a guinea pig for re-scribing panel lines.

The best would be Copper State Models 1/35 Lanchester armoured car. Beautiful fit and a great subject.

Worst: Dragon!
Warped plastic. Missing decals, a wheel and one was missing weapons sprue.
One kit had wrong directions.
At the time, my stash was 85% Dragon.
Customer Service did nothing. Never bought another Dragon kit.

I have the Meng KT and I am betting with foresight the suspension can be fixed. the problem is if you do not know about it until after the suspension is assembled.

I agree. All the Dragon kits i ever bought were junk. The only thing i really liked on them was the box art.

What is the issue with it? I have this kit in the stash

Best kits are almost anything designed and Made In Japan. South Korean resin kits come a close second in terms of fit, details, and design.

Worse kit has to be the 1/35 AEF Designs SEAL DPV (yes, I have one) because the resin was poured onto a plate and hardly anything fit. The pieces had sinkholes, gouges, warps, runs, and deformation. I basically just used the body and seats and kitbashed and scratchbuilt the rest (rollbars, suspension, tires, engine, armament, etc) into some Sci-Fi dune buggy decades ago.

Best kit build experiences?
Probably had Tamiya’s name on the box 90% of the time. However, the happiest, most fun, rewarding model kit I’ve build was updating an old 70’s vintage Italeri Pz IV. 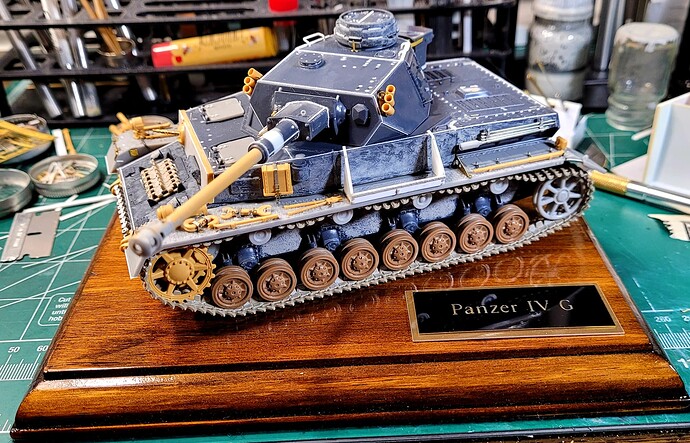 Honorable mention to Heller 1/400 DKM Tirpitz which kept me from abandoning the hobby ~ 35+ years ago.