Which M47 kit to choose?

Hello everyone. I am in the process of planning a build for the Movie Group Build starting late next month, and was thinking about doing a M47 in Col. Hessler’s color and markings from the movie Battle of the Bulge.
I do not mean for it to being the most serious of builds of course, so was looking at a cost effective M47.
I believe there are 3 that would fit the bill:

The Takom is up there in price, I was wondering if there was any difference between the Tamiya and Italeri kits, besides the new sprue Tamiya added to make it a West German version?
Are the moldings updated or better, I imagine they used Tamiya plastic? What about the tracks, are they better than the old Italeri?

Thank you in advance,
Eric

I’d scratch the Takom M47 E/M from your list. It is a re-engined version that does not appear in the movie.
For your purposes the Italeri kit is perfect. With just a few tweaks it builds into a very nice model.
As for Tamiya’s tracks being better - they probably are. Italeri’s older kits were notorious for their stiff tracks. On their M47 kits I’ve built, I leave the sprockets off until the end, then wrap the tracks around them and slide them on.

If you want to go with Takom (which is the best of the lot in my opinion), their M47/G model is the correct version for your build. 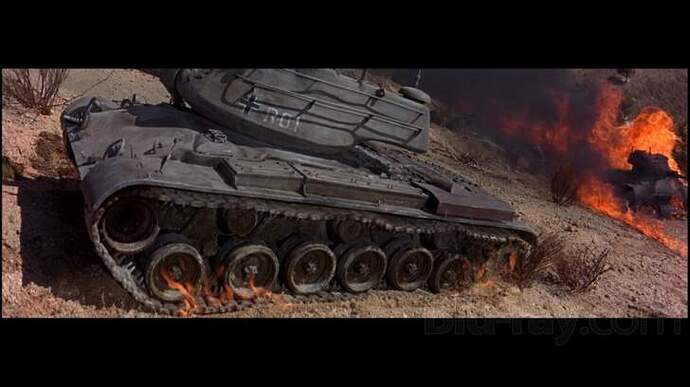 Oh I was told the E/M version was the correct one? 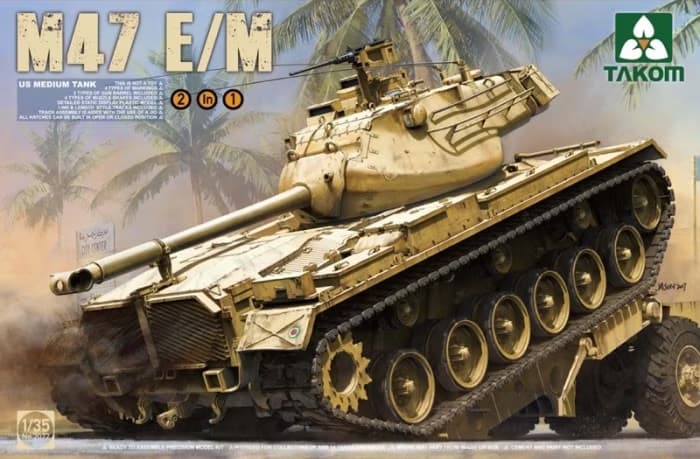 Thanks, I have the pictures, just need the model…lol.

Go with the Takom kit as previously pointed out. It has all the details to do the film version except the decals (double turret handle bars, muzzle break etc).

Which version actually has the correct gun barrel and muzzle break as seen on the version used in the film?

From my studies, the they all do, including the Tamiya since all the original sprues are also included. Just do not know about the Takom G version.

I have read that the front glacis plate is wrong in the Takom kit? I realize the Takom kit will be a better fitting and detailed kit, but is it double price worth over the Italeri kit? The Tamiya is like $10.00 less, so not to much of a difference, but the decals are included with the Tamiya, which would stop me from painting or buying the decals if I could find them. 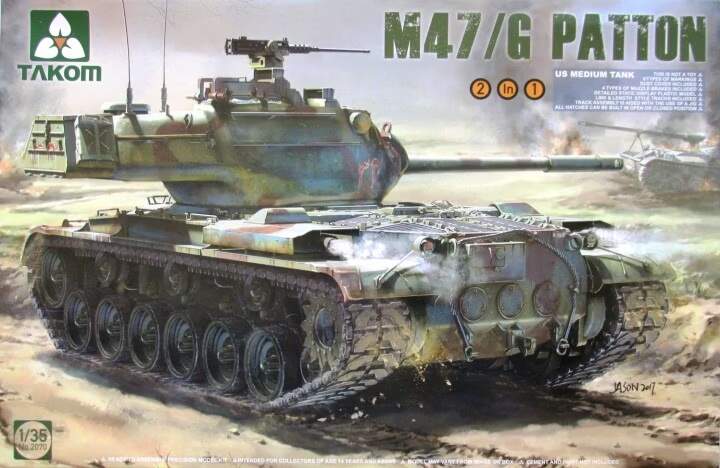 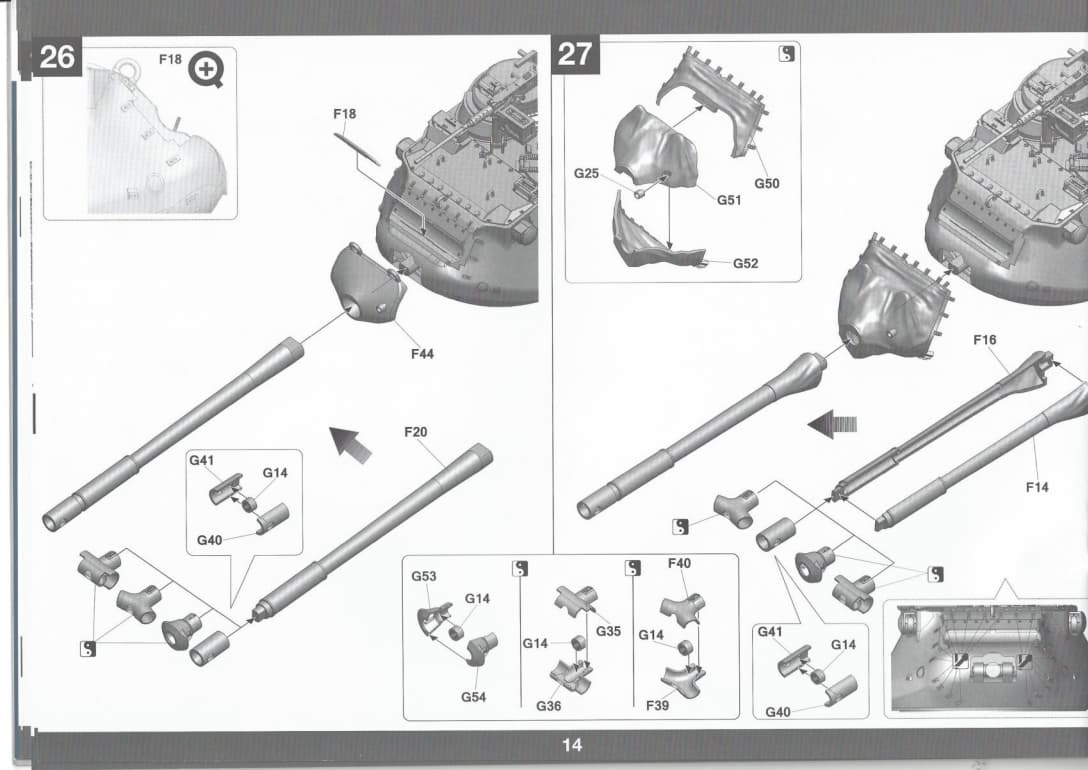 Oh I was told the E/M version was the correct one?

Nope. Look at the engine deck area. The E/M has been re-engined/updated with the same engine as used in M48/M60 tanks. The rear deck and rear end is totally different, basically the same as an M48/M60.

IMHO the tracks in the Takom kit are the game changer.

The Italeri tracks are hard to work with, I do not know about the tamiya tracks.

The Takom front glacis just needs some minor reshaping if you want it to look more accurate, a little filler and sanding will do just fine. 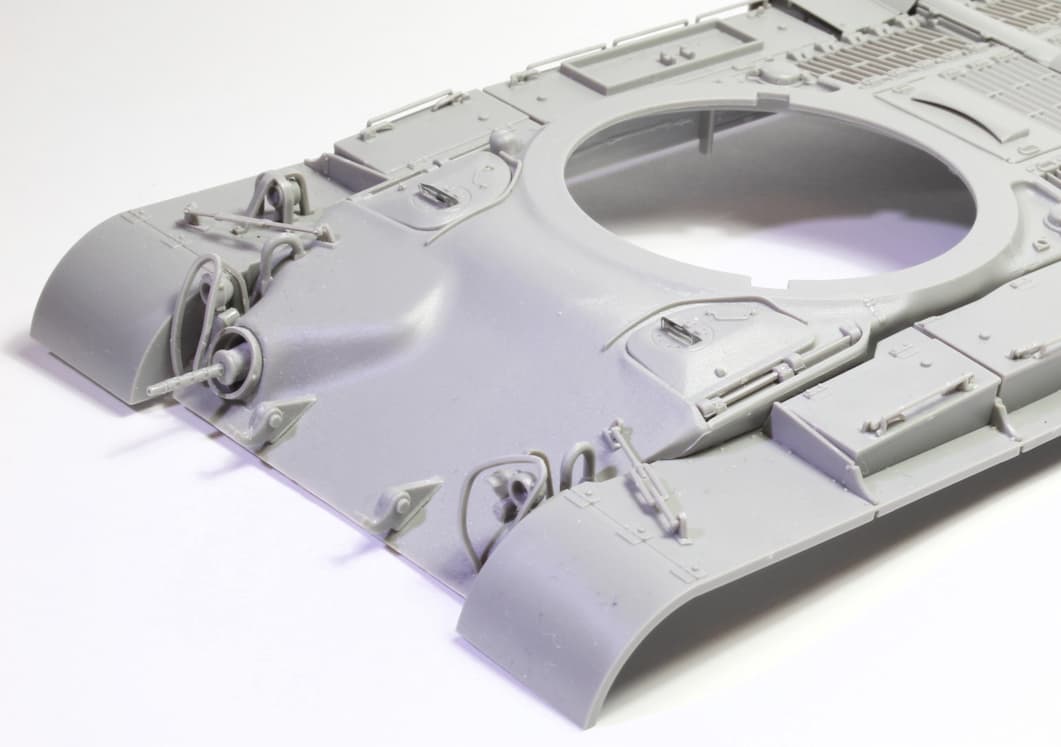 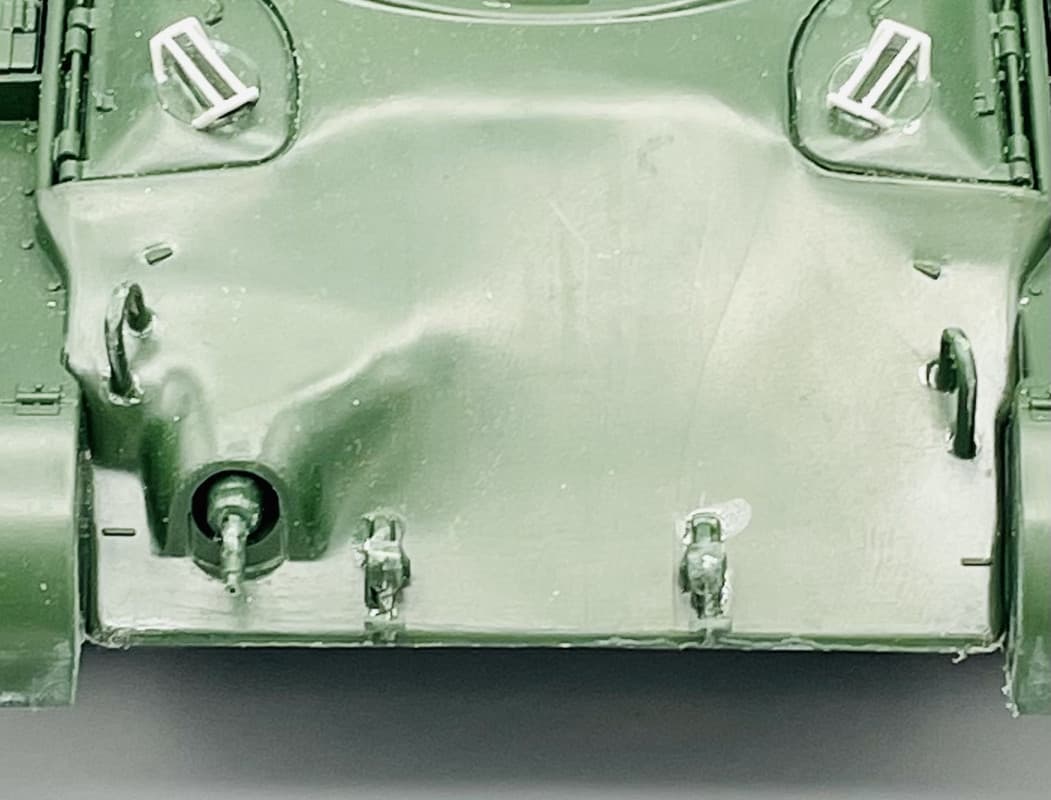 Has anyone who has built one of the other Tamiya/ Italeri kits notice if the molds have been improved at all, or that they use Tamiya plastic? The new barrel Tamiya includes is wrong for the tank I want to build, but the original is included also.

The Takom, definitely looks light years ahead of the Italeri, which in fairness should be since the Italeri kit is from 1978…wow…7 years younger than me…lol

Yes, I looked at the directions on Scalemates, and the engine decks are totally different.

Yes, none of the kit barrels are correct

I do not mean for it to being the most serious of builds of course, so was looking at a cost effective M47.

That is why I didn’t recommend Takom.

And this:
The Takom front glacis just needs some minor reshaping if you want it to look more accurate

For the money (I’ve bought them or less than $10 recently) I’d still go with Italeri. Sometimes the best isn’t really the best.

So which kit has the decals for Hessler’s tank?
Ken