I noticed that there are Takom Pz. I A and B kits as surprisingly low prices. Are they knockoffs, or what’s the story?

I’m seeing a bunch on ebay right now, but if I am reading the descriptions right it isn’t the 2-in-1 kit with the Ausf A & B, but rather just one of the two kits–like they broke the kits apart to sell individually. I’m assuming this based on one seller giving the option to pick A, B, or A&B, with A&B being almost twice the price of the other two alone.

Either way, they are Takom’s own moulds and are, by all accounts, excellent kits. Dan Reed has started a build thread on on his 1/35th Ausf A here:

Got this last week. [image] [image]

They are super kits and be thankful they are inexpensive. Dragon’s versions are great kits but are expensive now.
The 35th kits are I believe based on their 1/16th version but has better wheels.
My two cents.

Sprue Brothers has the two in one set available now.

Considering that other Takom kits aren’t cheap, this came as a shock.

I honestly haven’t seen a Takom kit that I like yet, but this kit is quite nice.

You must be very picky Dan!

I have several and they build great.

The kits I had I was not impressed with…

The same company can produce both good and bad kits. Tamiya, Trumpeter, Zvezda, etc. are all examples.

Anyway I’m convinced that the Takom Pz. I kit really is good.

Takom kits look fantastic in the box normally or at least the half dozen or so I bought did. They also get generally favorable to very favorable reviews by the establishment and the YouTubers.

However while the models do generally look good to excellent after building the actual build process of a updated. Takom Blitz kit is something of a mixed bag in many cases.

I’ve build probably 200 armor kits over the years and found Takom’s Blitz Pz.Kpfw III N to be a very unpleasant build experience. The kit was dirt cheap for an almost new release. The small instruction sheet, sloppy imprecise suspension, large amounts of parts clean up needed, amazing amounts of excessive flash, road wheels that required sanding on the inside so they could actually fit together and so on made for a doable but unfun time consuming build. The Build Experience Sucked even though it was easily within my skill set. Below is a link to the build log.

Fixing up and detailing an old Tamiya Panzer III N kit based on a mid 1990’s hull & turret was far more fun and took less time in my experience. Others might feel differently but I suspect a lot of modelers dislike Takom’s half baked approach to kit design & engineering despite the model building up nice when completed.

Much of my frustration with Takom Blitz is probably due to I like to PAINT far more than I like to BUILD. I want a shake & bake build and to actually spend the bulk of my time on the project doing painting & weathering not dealing with 2nd rate kit design and 2nd rate engineering and 3rd rate instruction sheets.

sale. I’m a very unforgiving modeler when it comes to new kits some manufacturers deliver a great build experience and some don’t. Takom Blitz in my opinion falls short in that area.

I will refrain from judging Takom proper kits until building one. 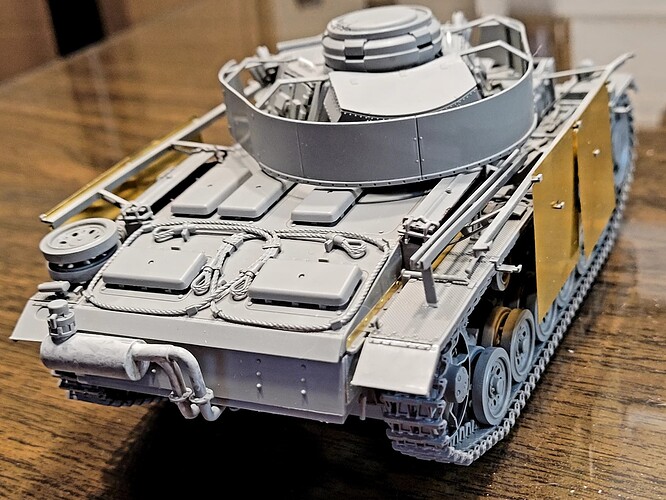 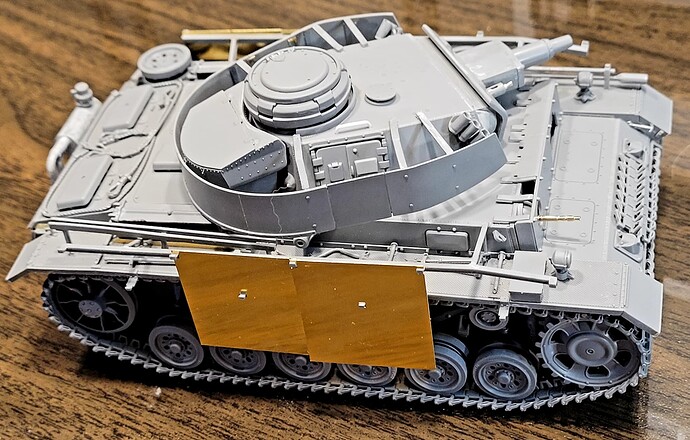 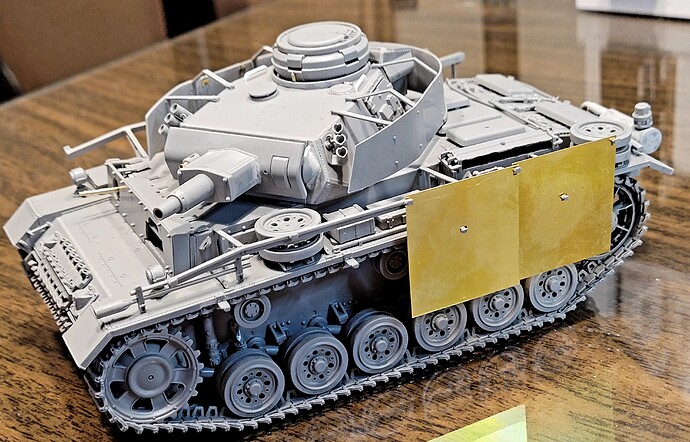 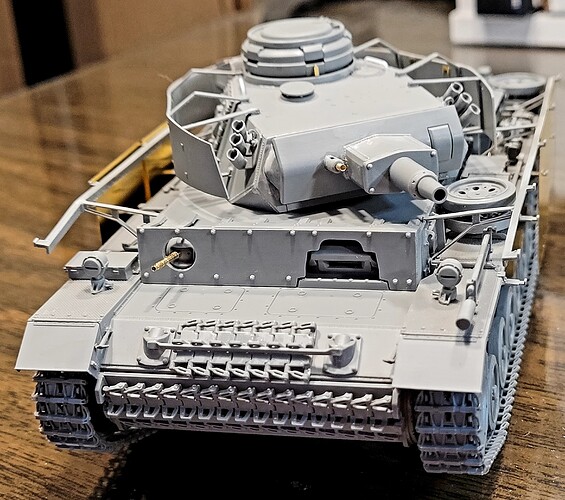 I saw your build and was glad that I have a Dragon version on the shelf.

I also have to say that I have enjoyed the takom Pz I ausf A and have bought a second.

Wade, I have to ask you to trust me and reserve your opinions on Takom until you have built an actual Takom kit. The Blitz kits are done by a different engineering and design team than the A-list Takom kits. I recently built the Takom M-31 TRV and it was a joy to build. I’d give it 5 stars in engineering, fit, ease of assembly, fun, and instructions. The Lee superstructure is composed of 7 separate panels that fit so well when they all came together, no putty was required at any of the join seams! It’s a gem of a kit and based on my build experience with it, I have 6 more Takom kits in the stash now. Ditch the Blitz kits, but please give Takom an honest chance.

Wade, I have to ask you to trust me and reserve your opinions on Takom until you have built an actual Takom kit. The Blitz kits are done by a different engineering and design team than the A-list Takom kits.

Fair enough @SSGToms Matt, I trust your opinion. I will reserve my opinion on Takom proper but continue to view the Takom Blitz kits as 2nd rate.

I will echo what Matt said about Takom.

I have built numerous Takom kits since they came on the scene but never one of their Blitz kits. My overall impression is that they are very buildable although not shake and bake. Fit is good to excellent and a minimal of fiddly parts and PE to deal with. The level of detail is at leas if not somewhat better than Tamiya. The PE generally covers the basics, i.e. engine deck screens, and they usually offer several paint and decal options. My only real beef with them is that they have overly large sprue attachment points in some cases and their sprues are angular and not round.

Yes, as I said I have built a few. I have built their FV432 Bulldog, excellent fit and design, especially the bar amour. A bit of cleanup on the bars in a couple of places, but nothing unexpected. Minimal putty, more from me trimming than kit problems.

The Hanomag SS100 was also great fit and design. The only issue being that they gave you rubber/vinyl tyres, but no different to anyone else. I just don’t like the media.

Their Grant was a little fiddly trimming the bevel on the armour joins but with care and test fit, they were fine.

Their AML 90 was also a sweet build, only gripe was the fender basket had a moulded in tarp instead of just the open basket, but that is personal preference. I have heard some say it has accuracy issues, but I went over a lot of references and can’t see an issue other than if you have the turret hatch open - no interior detail.

Yes their AMX 13 series has some accuracy issues for sure, as do their T-55’s and their Mark V tank too.

In the end, they are like any other manufacturer, you get the good, the bad and occasionally, the ugly. But like most things, one bad apple is not a sign of a tree needing to be cut down. Keep an open mind and the build reviews might show a specific kit being to your liking.