Willys Jeeps in Vietnam in the 1960’s

My google-fu has failed me on this topic. And several hours of browsing through photos of the back streets of Saigon during the 1960’s has also failed.

Has anyone ever seen proof of a Willys Jeep being used in Vietnam after the French left?

I can find lots of evidence of the CJ-2a and CJ-3a populating the back streets, but that then got me wondering if the venerable original Willys Jeep saw use in South Vietnam.

Thanks all in advance.

Didn’t the French use a license built version of the Jeep built by Hotchkiss? You think there would still be some French equipment around at that time.

I did see a group of Navy Corpsmen using a grey M38 quarter ton about five miles south of Chu Lai once. Only one I ever noticed in country. For the biggest part they were usually M151a1’s. I would think it would have been possible for the U.S. to supply war surplus Jeeps to the S. Vietnamese in the early to mid sixties, but by 67 or 68 they would have been a rare sight. I was not around regular ARVN infantry much, and even then they used the M151a1 or M37 three quarter ton trucks.

In Vietnam, the use of Jeeps (quarter ton M151’s mostly) was pretty much restricted to the better roads, and even then a rare sight much more than 7.5 miles from the big encampments. They just didn’t hold up well in the remote places. We had two M151’s, and sent one back to the rear. The other was the C.O.'s ride. Looking back I’d have to say it was the only one between Tam Key and Laos. There probably was one or two up at Ross (about 18 miles north east) and a couple on Hawk Hill (around 25 miles north east). If you saw something with wheels outside the wire it was probably an M35 truck or better yet an M54. South of Chu Lai along the High Way corridor you might have seen a Jeep rolling with a convoy, and almost never alone. It happened but was never considered a smart move

Back to an old Willys Jeep in Vietnam. I’d say in down town Saigon for sure. But if it were out of the paved streets it would really look rough. The M151 we had was real rough looking. Been rolled twice, and had no windshield. 98% of the time it stayed inside the wire.
gary

I doubt any original Willys MBs of WWII vintage were there. It was over twenty years since WWII ended and most of them were used up by the early '50s.

Well, I hope I can be helpful with my first post on KitMaker…

You’ll have to spend some time digging through albums, but this is an incredibly complete photo history of Vietnam. Having followed this photostream for a number of years, I’m sure pictures from the timeframe you are interested in are here.

Welcome to the madness John @Cubs2jets … some interesting pictures there

I’m sure people will find them useful.

It was your albums that I referred to as trawling through.

Absolutely fascinating but no sign of a Willy’s jeep.

Thanks for all the feedback everyone. I think I’ll just end up doing it as a French UN one in the Lebanon

Consider searching for Army of the Republic of Vietnam (ARVN) photos of jeeps. I suspect that before the Americans deployed in large numbers, the ARVN were almost certainly using the French Hotchkiss versions. Even after the US entered the war, the ARVN probably continued to use the French made jeeps until they were expended or “surplused” out of service.

Edit: A quick search on Google using “ARVN jeep” turned up several photos including this one - 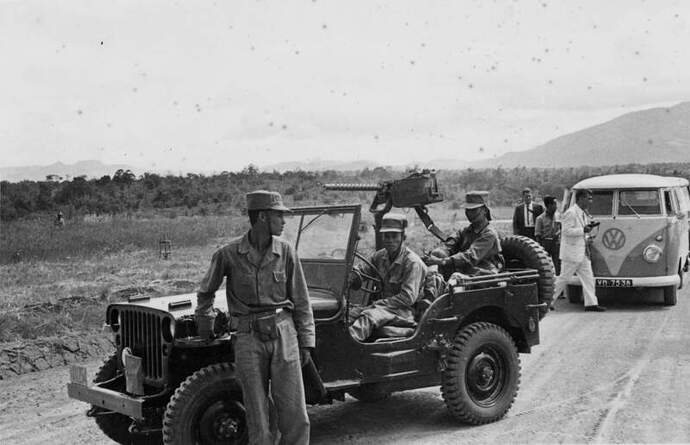 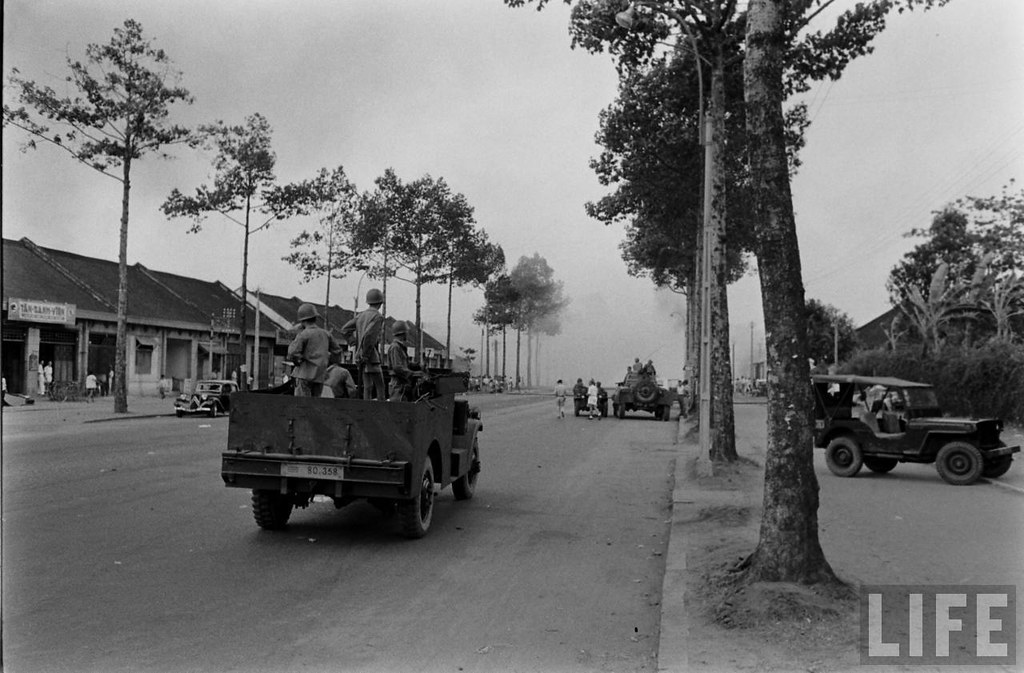 The weapon pictured below is a French MAT-49 submachine gun : 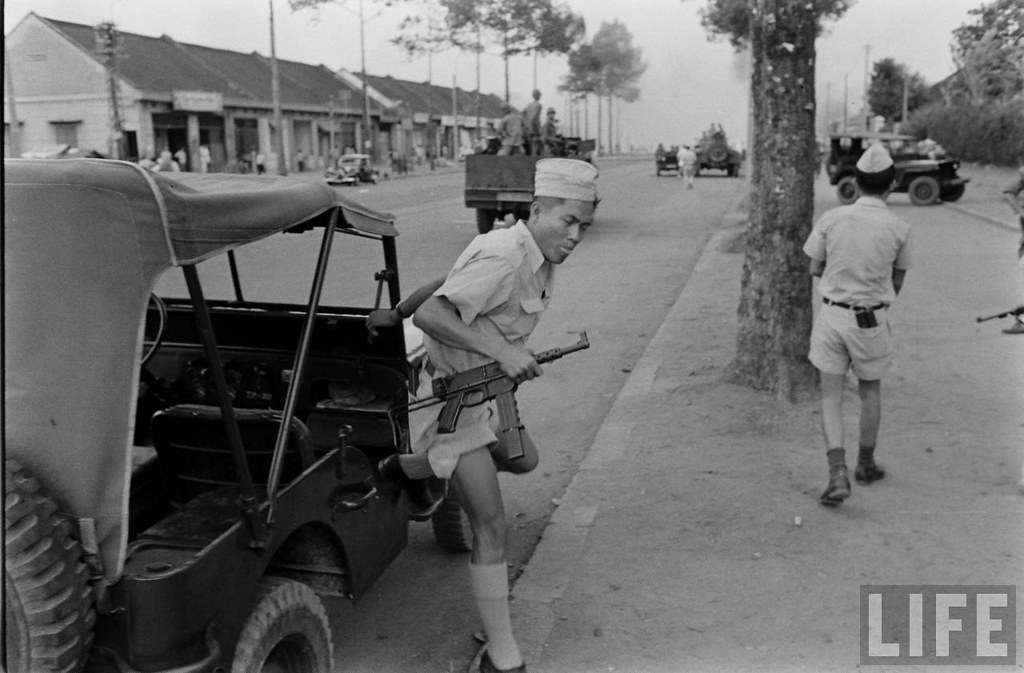 there you go! And dated at that.

what is the type of armored car in the back ground of the second photo? A modified M20?

I would place the top photo as very early sixties, and maybe even late fifties

Why didn’t I think of Googling ARVN Jeep.

Think this may have made my decision for me. Thanks all.

I think the French indo war had them. They were there before the US,and were lendlease partners at the close of WWII. They took the M24 Chaffee there.

believe it or not I didn’t notice the one right behind that Jeep! Just the one in the distance.
gary

The VW business the top picture of ARVN jeeps is a post 1957 model if that helps.

Anybody recognize what type of car that is in the background in the last two pcs?
Wayne

Anybody recognize what type of car that is in the background in the last two pcs? 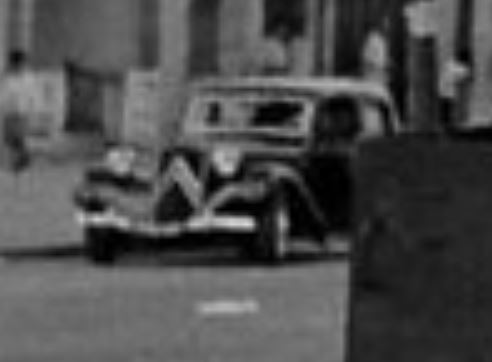