That is a tank from 2-70 AR, 1 ID out of Ft Riley, Kansas on an Atlantic Resolve Rotation in Europe. It is an overall sand tank that has been painted with the temporary green paint as I mentioned above. The tactical markings, barrel name, etc. are taped off when painting it green and appear as the original sand. The color variations you see on the lower hull is mud.

Here is one being painted. 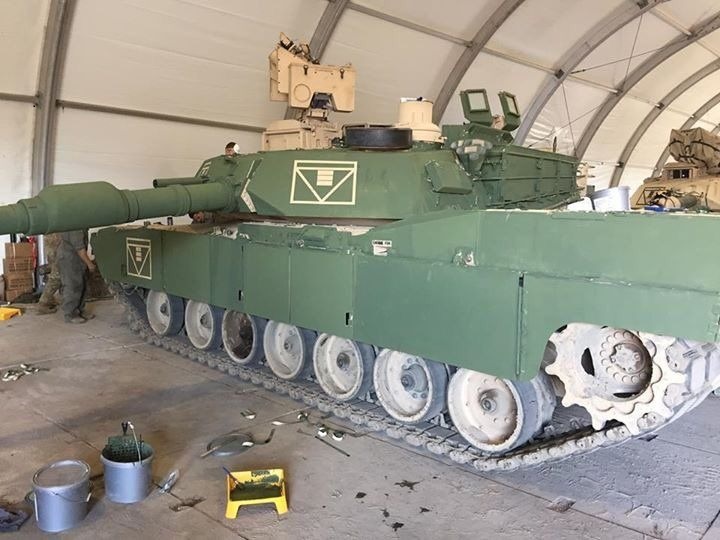 Another from the side. 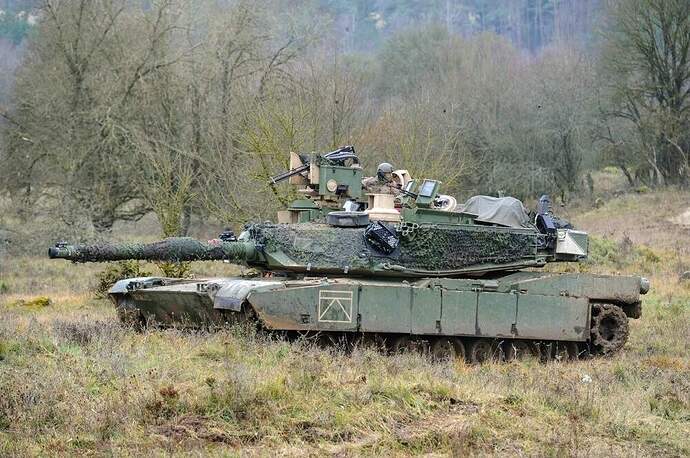 Thanks with the help,I see some things from the photos I’ll need to fix on the turret.I had planned on using the orange light that I will some how need to remove.I changed my mind so often during the build.

Another update today,the side bins still need painting on both sides as of now it’s just the base coat.But it’s slowly coming along 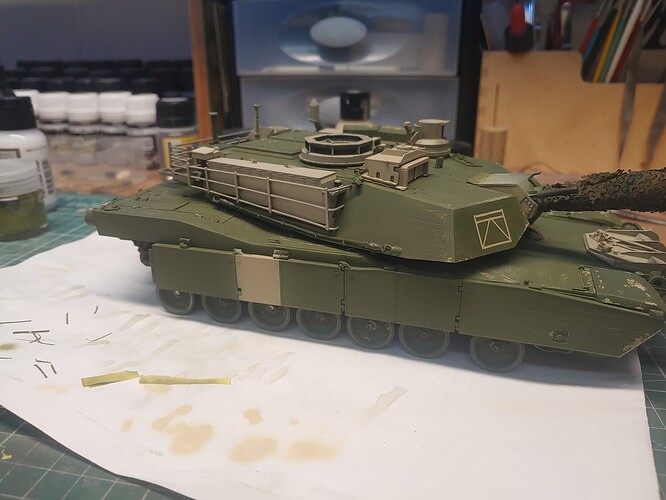 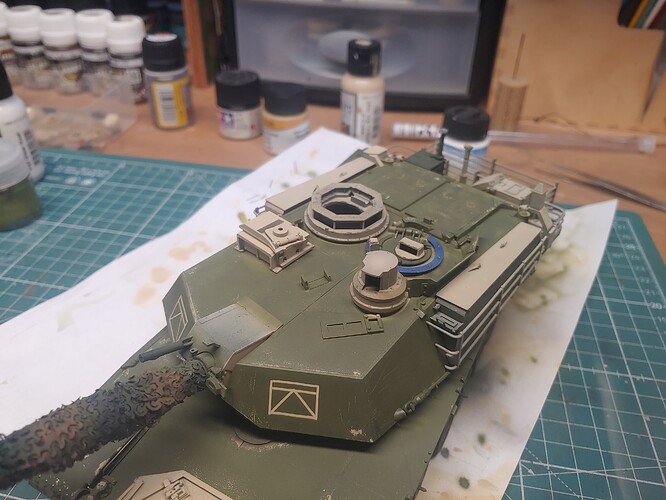 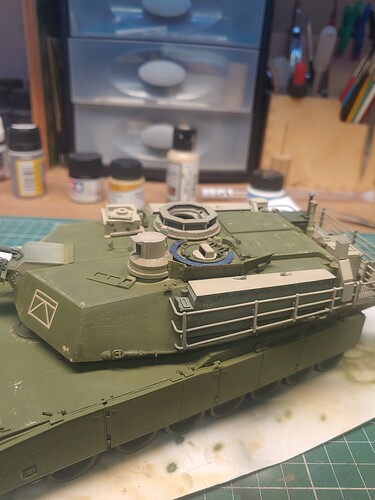 Now we are talking…This is looking great. Nice color match on that green.

Looking good. It is really coming along nicely.

If I might ask, what green did you use?
Mike

Good old Tamiya NATO Green with some black mixed in.Not alot of black but just enough to darken it up. 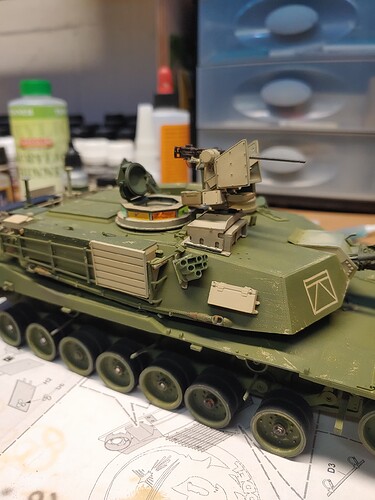 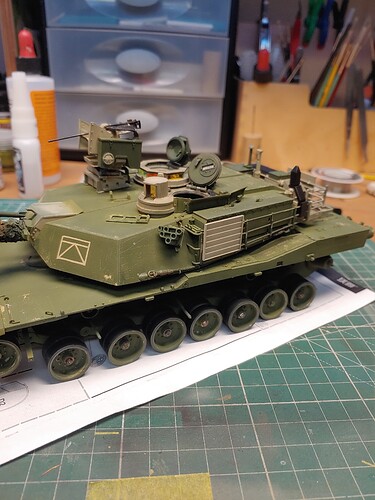 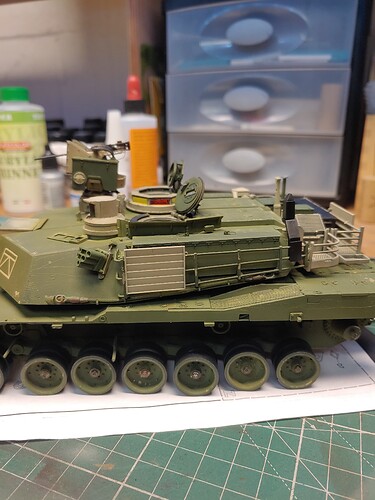 Looks good Ed. Nice subtle scratches as well. What did you use on the Comd cupola vision blocks ?

They are from AFV CLUB vision blocks stickers

Check the CIP panel on the right side of your turret; I think it’s on wrong side out.

Thanks I’ll have a look

Its coming along nicely. Keep it up.

Thanks,Can you help me with markings.Im not sure how the markings are layed out wise.Company division and so on.The markings that I have from 2 rye field kits i think won’t work.But i have a spare Enchelon abrams decals that I might be able to put markings together to make it work

As I said above…

That is a tank from 2-70 AR, 1 ID out of Ft Riley, Kansas on an Atlantic Resolve Rotation in Europe.

So, the left front and rear (when looking at the tank, not from the driver’s position) would have the Division and Battalion numbers:

The right front and rear would have the Company letter and vehicle number:

A 23 (or whatever company and vehicle you want)

Blow these up and you can see it easily. 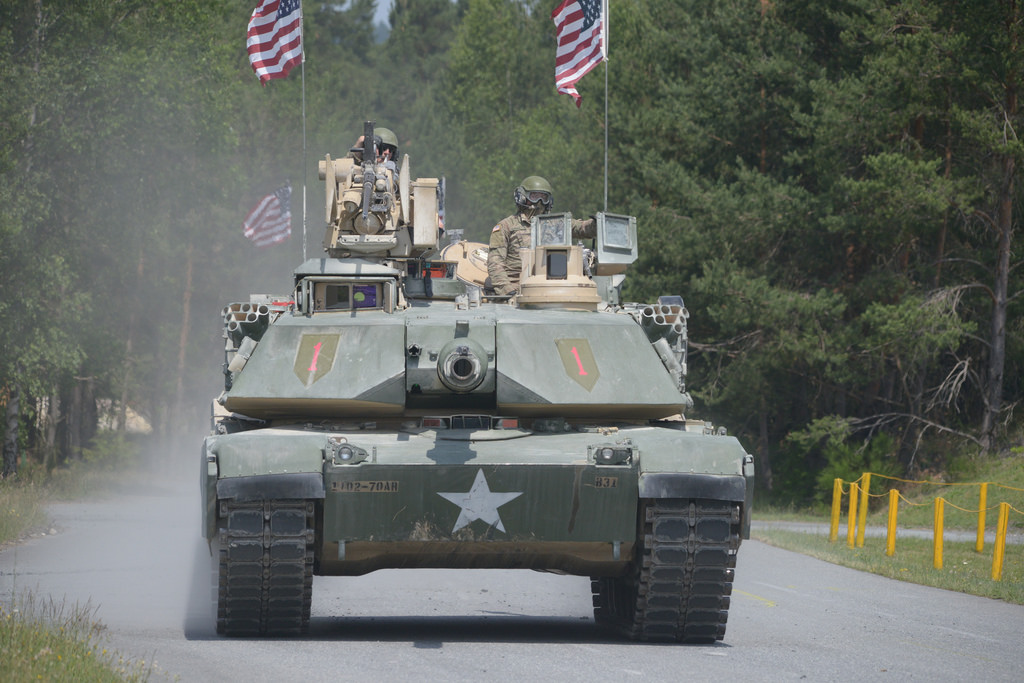 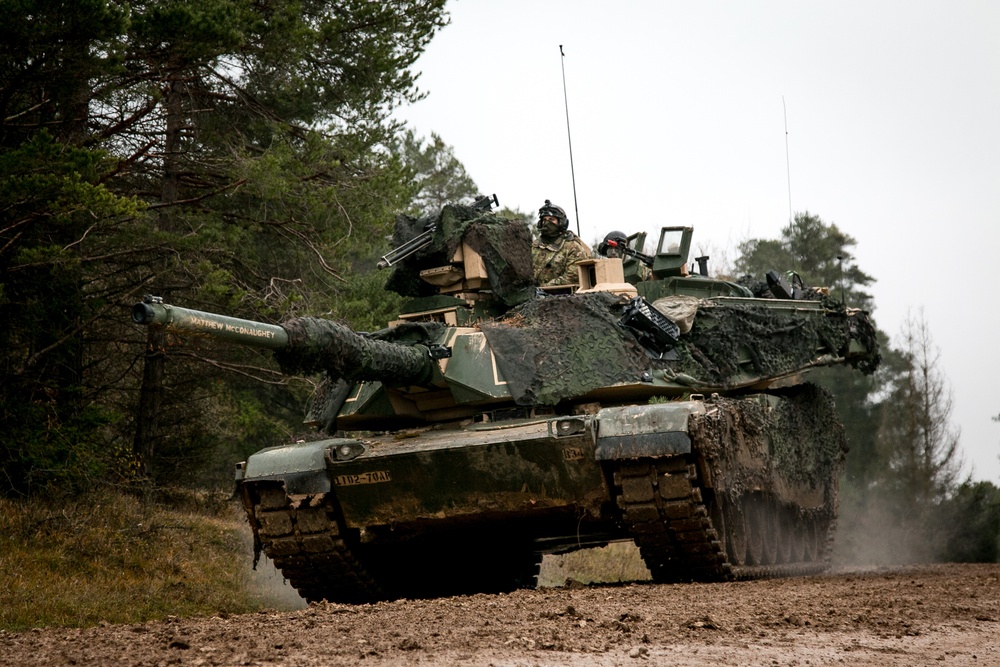 Thanks that helps alot!!!

I wonder why certain items are not repainted (CITV, etc)?

Just to clarify, the rear is laid out basically the same when looking at it; Div and Bn on the left, Co and Vehicle # on the right. 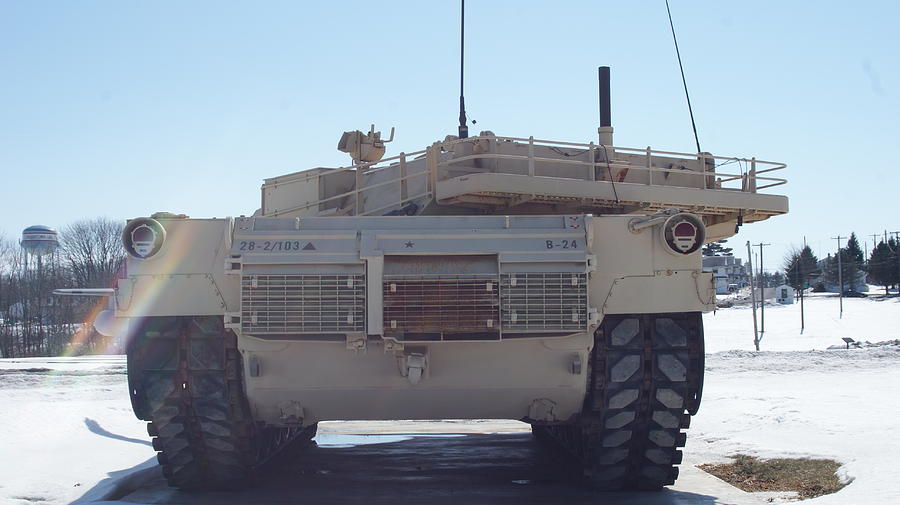 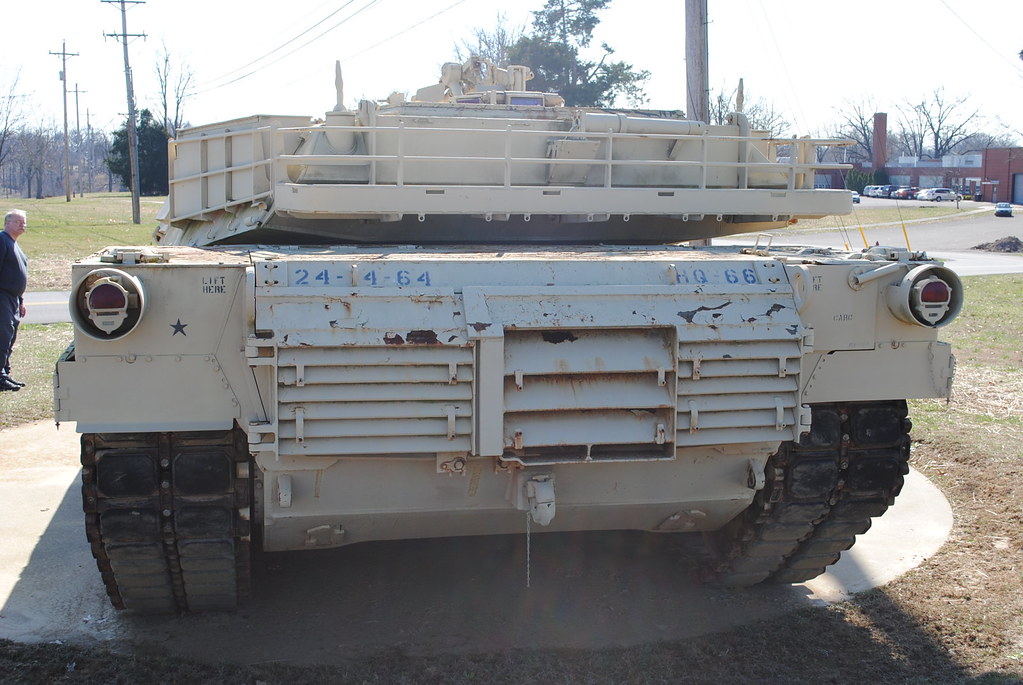 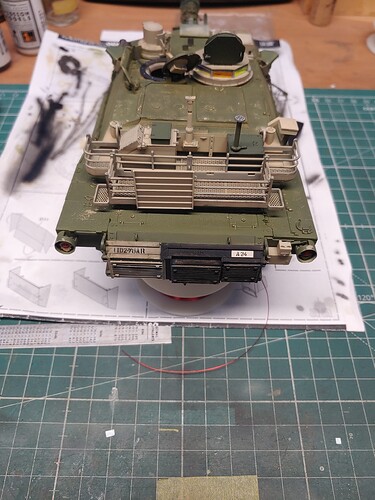