Would You Build It?

Build? Very unlikely, not an area of interest.

However, if someone resin cast some scale appropriate severed heads of certain whiney crayon eating, moronic Hollywood celebrities, influencers etc I might reconsider as a joke. Ideally, with crows & pigeons perched on the top. 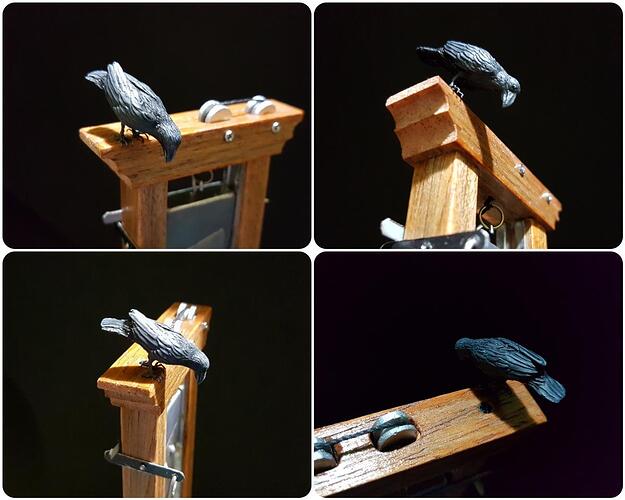 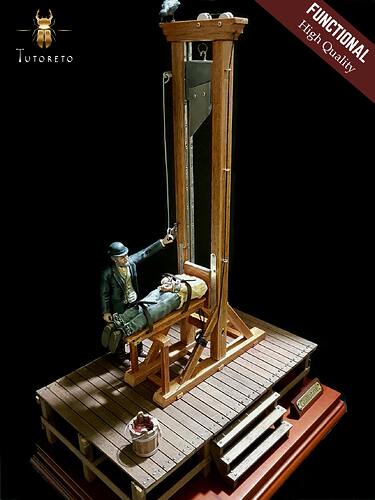 Ideally, with crows & pigeons perched on the top.

A friend (now sadly deceased as I recently learned) made a model of a gibbeted miscreant as a scenic item for wargaming. It also featured various carrion birds, but was additionally heavily encrusted in guano… I seem to recall a nickname for a gibbet was a “Crow’s Parliament”.

Wouldnt build any of those either.

Each to their own.
I have a FS-7 (-1 variant, I believe the -2 was a re-sculpt by one of the Perry twins) once used to upset snowflakes by being introduced into scenes where (in)appropriate; more recently supplanted by a bending peasant giving the Braveheart buttock salute. I have a few figures similar, but inferior, to the above by other manufacturers (now defunct?) used for D&D-type games; another is a bonnet ornament on a post-apocalyptic truck. I have a small 15mm scale army of fantasy women unencumbered by excessive clothing and in the same scale some topless maidens as a bodyguard for the Maharajah in an Ancient Indian army. This is historically attested, as was a more numerous presence in equal-opportunity Cambodian armies of the same era…

For an similar example of ‘inappropriate’ figures, look up Caganers; a caganer – a figure with dropped trousers crouching and defecating – has been a traditional part of Catalan nativity scenes since the 18th century (and in other regions).

Caganers; a caganer – has been a traditional part of Catalan nativity scenes since the 18th century

I understand the idea is to introduce the Caganer into the scene in such a way it is not initially obvious, a sort of Xmas “Where’s Wally”, much the same purpose as I have, on occasion, used FS-7 and other figures in games. Caganers were traditionally dressed as Catalan peasants until the mid-20th Century when they began to depict persons in authority and then other subjects worthy of ridicule. They have become a collectable item, but for the truly coprophiliac collector there are “The Turds” Collectable Ornaments…

Those who fail to learn from history are doomed to repeat it.

I helped my son build a wood and metal guillotine from scratch as his show-and-tell project when his history class was studying the French Revolution. This kit doesn’t especially appeal to me as something to do for fun, but if building one of these sparks a conversation that causes even one kid to think twice before swallowing the garbage the more rabid neo-socialists are spewing these days then I think it will have been time and money well spent.

Everyone is entitled to their opinion, of course.

Could it chop thin sausages?

I understand that Lorena Bobbitt has ordered one…

Maybe, if they were skinless and made of room temperature butter.

Blade was made of 1/4" aluminum so no matter how polished an edge I put on it, it was never going to endanger a room-full of school kids.