the oil inside the transmission is a special grade of ATF fluid that runs at 265 degrees. The pressures alone are dangerous (mostly hydrostatic steering areas). The gear box will stay hot for quite awhile after everything is shut down. The gear box is shipped in a rough aluminum finish, but if you get it in the light just right you can see a very slight sand color to it. That’s from the impreg process that every casting goes thru prior to being machined. The covers may not be impreged and are usually a lighter finish. If the gear box is a rebuild (easy to spot) the bolts may be black, silver, or even a gold color. If it’s built by Allison, they will always be gold colored. Seems to me that the wiring harnesses were black with quite a few Spirit connectors all over the place. They are usually silver in finish.

One odd thing that I just never noticed before are the air ducts. TACOM sent us two or three sets, and ours were bare metal! The turbine will have purple areas as well as bronze and straw colors due to the heat.
gary

Sounds like i got most of The colors right!

Can anybody provide pictures of the turret basket loader side? Especially Of this thing 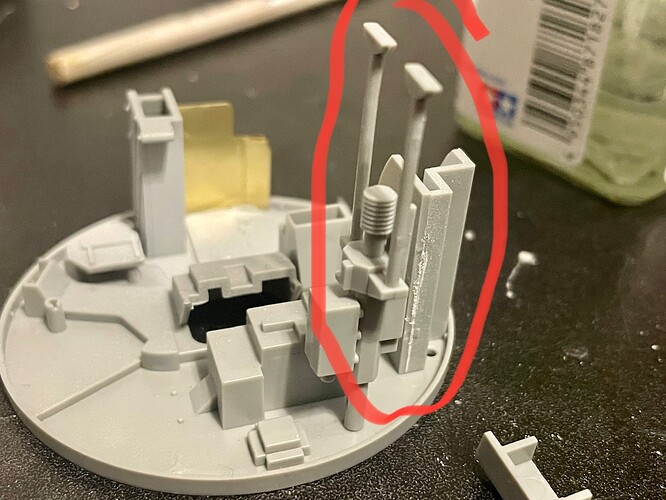 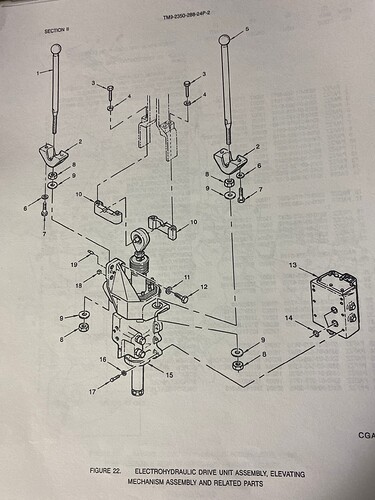 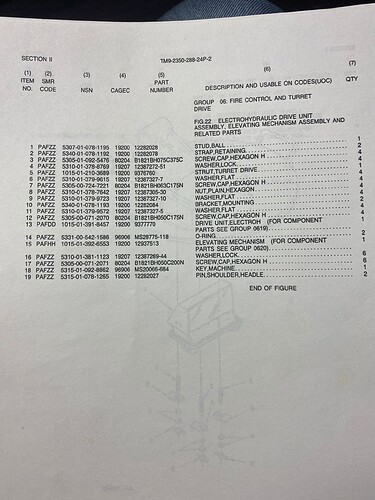 you ought to see what the turbine looks like after 25,000 hours of running 24/7. It really shows a lot of super heated metal. Gear box will look the same except for red oil stains from filter changes and sometimes you’ll see hand prints on the outside.

I hear folks ragging on that power pack all the time, and it’s really because they are clueless. That power pack is over built in a 4:1 ratio (some places closer to six to one. I saw two failures in thirteen years on the dyno, and one was a casting flaw that all the gauging in the world wouldn’t have found. In the end the guts of that gear box was powdered metal, and you heard it all over the building. A failure in the field was almost always caused by the wiring harness being installed incorrectly. Those kids fielding that tank seem to take pretty good care of them, but have been known to break an anvil. We want them to break it so we can fix a problem before it goes into combat (yes we had a few). Every power pack is extensively tested on a dyno. We don’t use the turbine engine due to heat generated alone. We use a V16 locomotive engine! The test is 7.5 hours long, and roughly 1.5 hours of it is installing the gear box on the dyno and hooking up the wiring harnesses (quit a few hoses and several wiring harnesses). The tanks rebuilt in Alabama are no where as good as the tanks built in Lima or even Warren Park. 90% of problems with a new tank always go back to Alabama (per TACOM).
gary

Here are a couple photos. It is the gun elevation unit, and mounts to the top of the turret. You really can’t see much of it once the breech, ammo box, and radio gear are installed.
Ken 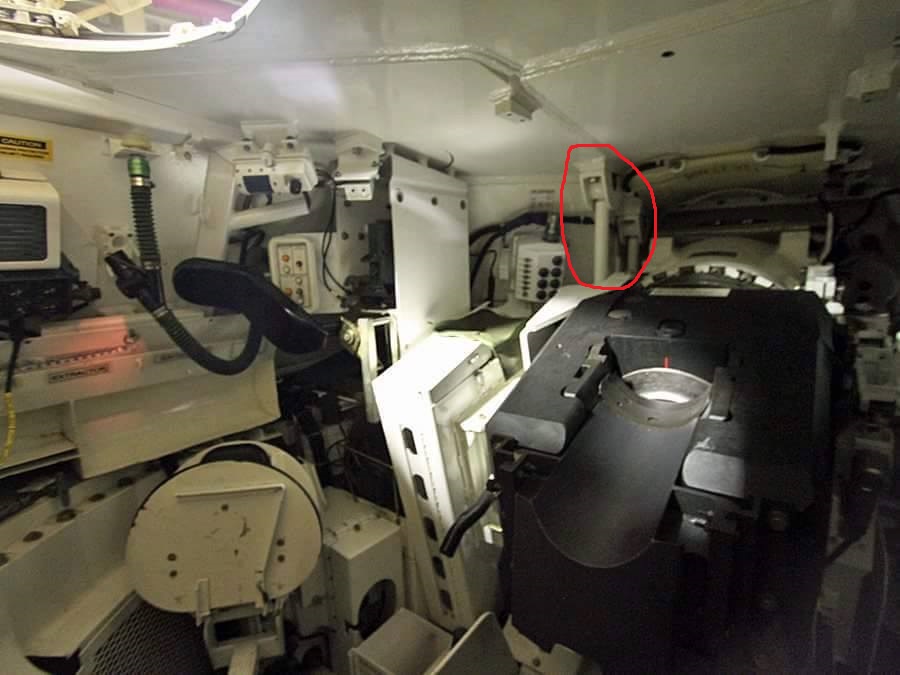 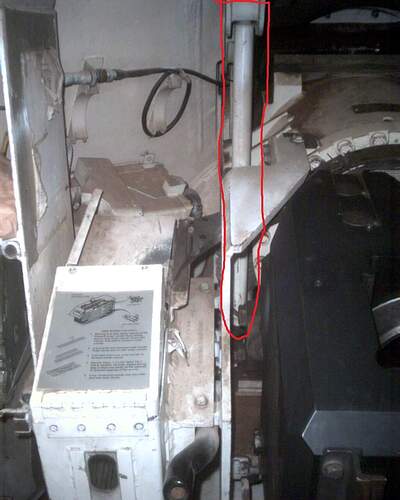 Here is a shot of it looking at the bottom part from under the gun breech. The black bellows part attaches to the gun mount to move it up and down.
Ken 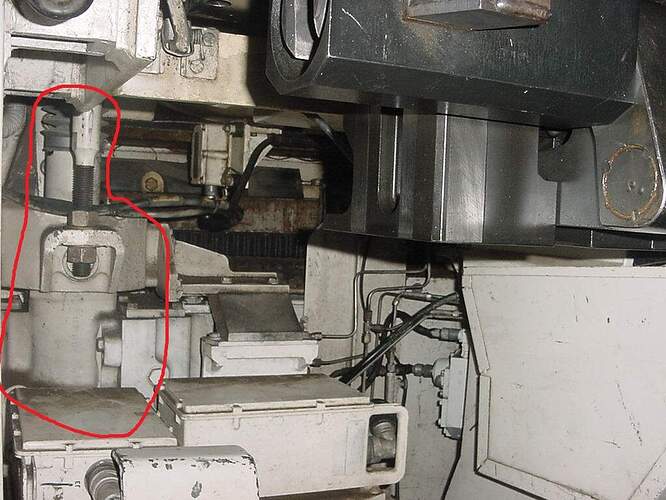 http://www.primeportal.net/tanks/rob_mccune/m1a1/ has a bunch of great interior shots, this is where the second of Ken’s is from. 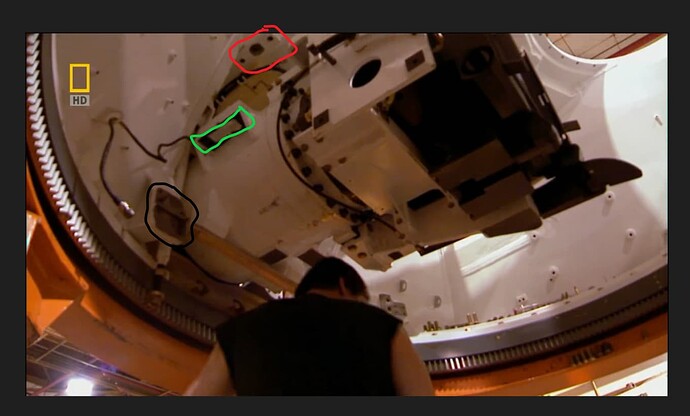 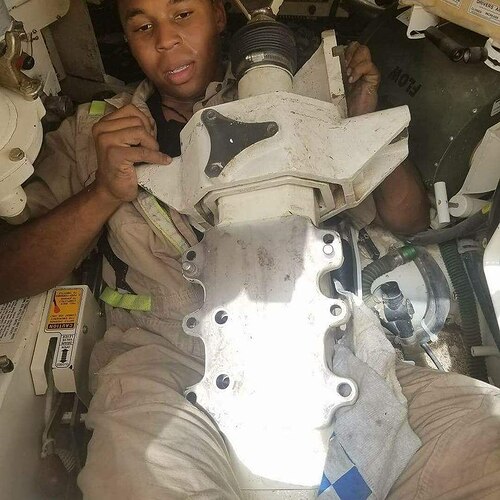 The RFM interior is a great start but is missing a few items . There are no traverse gearboxes for the turret or for the A1 CWS, no hydraulic reservoir, no stub case catcher, the radios are too big, and none of the wiring harnesses are present

There are no traverse gearboxes for the turret or for the A1 CWS, no hydraulic reservoir, no stub case catcher, the radios are too big, and none of the wiring harnesses are present

All that’s true and more, but it is still a great start, and much better than what anybody else has done, or trying to scratch build everything. I wish someone would do that much for an M60. At first it looked like AFV Club was going to come out with something, but never did.
Ken

I wish someone would do that much for an M60. 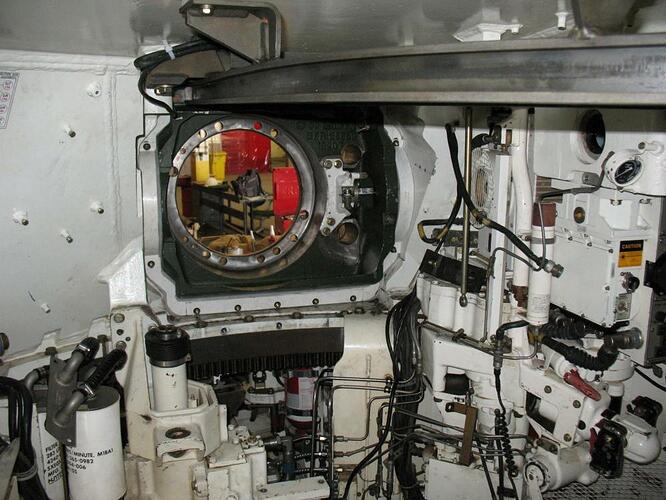 Love the shape of the abrams , doing a good job here.

Thank you everybody for the awesome comments and replys! Here is an update… tonight im gonna attempt to put the turret basket together 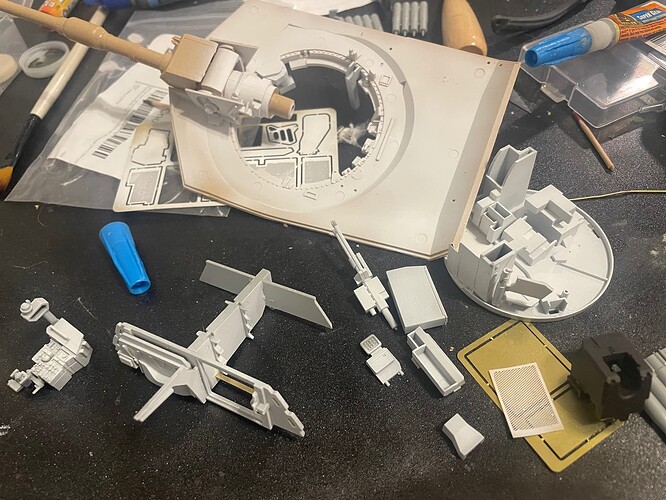 Question… what color are the bolts that go around the turret 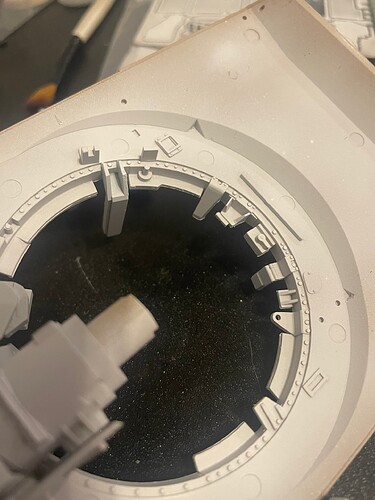 what color are the bolts that go around the turret

They are a bare metal color. 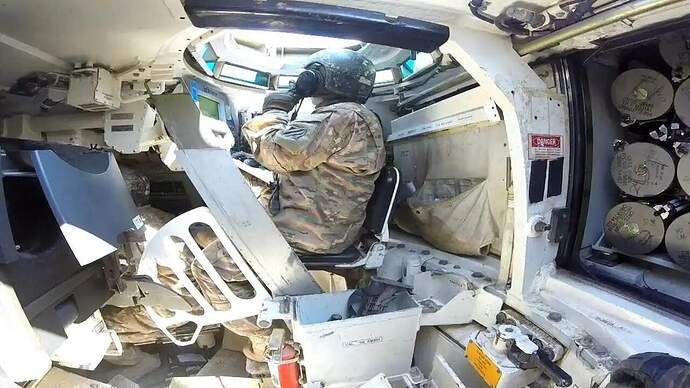 Could also be painted white 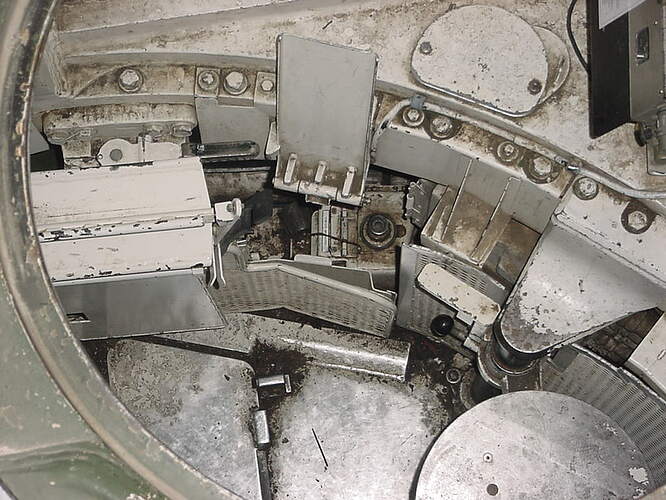 Or gold color, I imagine it’s some sort of anti corrosion coating 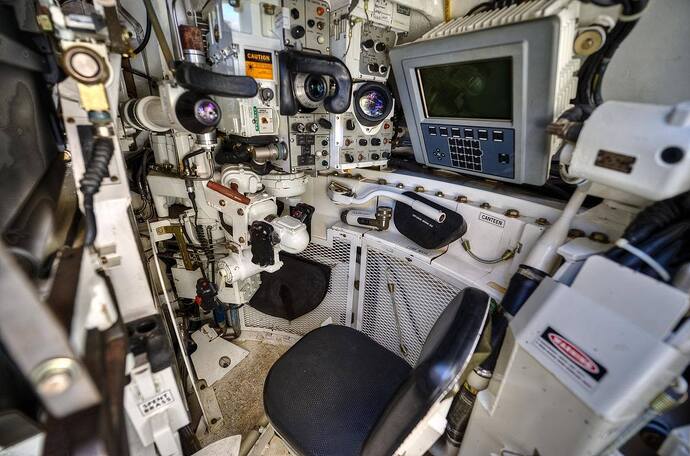 I can’t choose to paint them either steel, brass, or white… i think i might go with steel cause that’s what the majority of the pictures show… maybe the colors differ between the m1a1 and the m1a2?

Or gold color, I imagine it’s some sort of anti corrosion coating

Yes it is, cadmium, I think. Color/paint of those bolts will depend a lot on maintenance. If the crew has repainted the turret, they will be painted. If the mechanics have done any major work, the bolts may be replaced with different color ones. When originally delivered from the factory, about a million years ago, they were painted. I don’t know if rebuilds are painted or not.
Ken

I guess I’m going with the steel color then… gonna have to get a bottle of motivation for tonight haha! Looking at these pictures i noticed this

Got me thinking what weapons were the crews normally given during the Bosnian conflict and where were they typically stowed?

Got me thinking what weapons were the crews normally given during the Bosnian conflict and where were they typically stowed?

Typically tank crewman are issued a pistol as a personal weapon. The tank might have a M16/M4. Not sure what the Army did then.