Adding endless praise just seems to me like scribbling in the margins of a Holy book with a crayon. Too much respect for the art to pretend I could add much to the Family Bible every day? This is some excellent craftmanship here (as well as your own work sir). Thank you for sharing. Crayon down.

Yeah I know what you mean Stuart (and agree) but even the Likes are sparse. That’s how folks can express appreciation without having to pick up the proverbial crayon…but then the thread would seldom get bumped close enough to the “surface” to be accidentally noticed by someone like me (unless there was an actual update), it would just stay a bottom-feeder. (PS thanks for the comp but seriously compared to HJ I am N.O.where, he IS da man!)

Major Kudos! Clearly a labor of love by all involved.

Yeah I know what you mean Stuart (and agree) but even the Likes are sparse. That’s how folks can express appreciation without having to pick up the proverbial crayon

I think there is a certain amount of Luscious Lady fatigue that has set in, after, do’h, seven years of build blog. Plus, as Stuart emphasizes,

Adding endless praise just seems to me like scribbling in the margins of a Holy book with a crayon.

One of the few modelers I’ve seen here whose skills (and fanaticism) compare with HG’s is Chuck Wojtkiewicz, and the fact that he’s still following says something.

I think that more interest will be generated the closer we get to the finish line and the aircraft starts to “come together,” with the wings and engines added to the fuselage, landing gear, and painting.

I can guarantee you that the paint scheme, weathering, and marking variations, which have been heavily researched, will result in one of the most accurate representations of a “Schweinfurt missions in 1943” (August 17 and October 14) B-17 that’s ever been. Luscious Lady went on both raids.

I plan to end the blog with a picture or two of the completed model. I’ll leave the full treatment of the full model to HG, who is planning his own article on Aeroscale.

In the meantime, here is an incremental shot of HG’s work making uniform openings on the top of the nose. 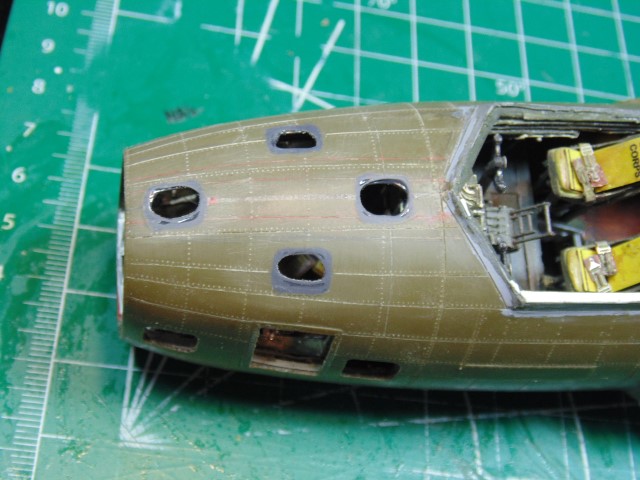 so where’d everyone go? This kind of work on a tank interior usually generates an instant (vocal) audience, I don’t get why not here?

I think it may have to do to the way it is being presented. HG (whoever that is) is not posting to be asked questions and provide discussion on his build. Posting it through a third party is like reading it in a magazine where you can not comment. As stated above, continuing to post about how great it looks without any type of reply about it by the actual builder is pretty one-sided and gets old quick. That’s my take on it anyways.

and provide discussion on his build

Please note that I started the blog seven years ago when it was solely my build. It’s in the archives, all five years of it. So it was logical that I continue it.

Also, with respect, his work and skill set is so far above most builders that I don’t think his “how-to” explanations would really help anyone. It would be like asking DaVinci how he painted the “Mona Lisa.”

He’s an associate editor and prolific builder here. Here’s another one he’s started.

I’m also starting again on my own stuff

I trust this explains this blog’s format and history. It’s really intended for people to track build progress and see what goes into it.

Thanks for your feedback and your service.

Here’s the reason why I stay out of the blog… because it is Brian’s. To make this clear for everyone, when I agreed to take on this project one of the conditions was that it remained centered around Him. The man who spent decades researching material for his related books, the man who spent years and countless hours building the interior and the man who spent a dizzying amount of financial resources. @HeavyArty, if you or anyone, has a question don’t hesitate to ask @Redhand. I feel strongly that everything should go through him to honor the actual builder. After all, every task my fingers perform is from Brian’s desire to get the accuracy HE wants. It’s his project and I’m just the monkey flipping the switch.

Also, I’ve completed 6 projects thus far this year plus countless additional hours on Brian’s B-17F. Please feel free to have a look and thank you for your long time participation in the forums and support of KitMaker.

I didn’t follow this on the old site, so I guess I am not aware how this is working. I guess Brian started it and built the interior and HG is finishing the exterior? Maybe an explanation at the beginning or now would help for some of us who are lost.

Also, I figured you were the HG, I just didn’t see it stated anywhere.

Also, with respect, his work and skill set is so far above most builders that I don’t think his “how-to” explanations would really help anyone. It would be like asking DaVinci how he painted the “Mona Lisa.”

I don’t agree with this statement. We can all learn from each other, no matter the skill levels invloved.

I’m an armor modeler so please excuse the new to the B-17 sort of questions that follow.

Were the support chains usually removed or added to later model B-17’s?

If the model’s ball turret have the chains? If so how will the chains be modeled? Very fine photo-etch? 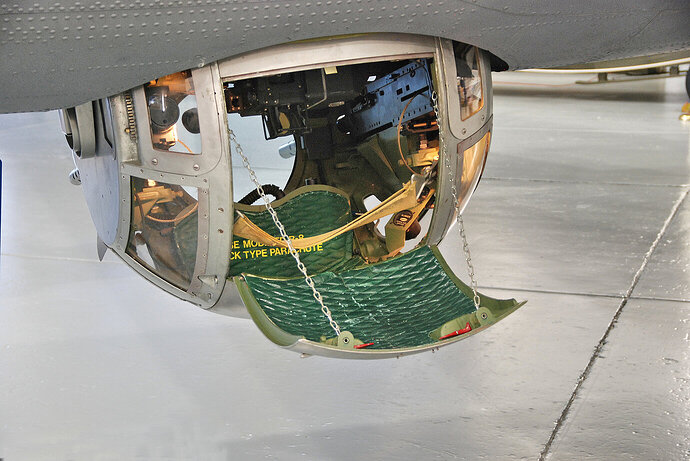 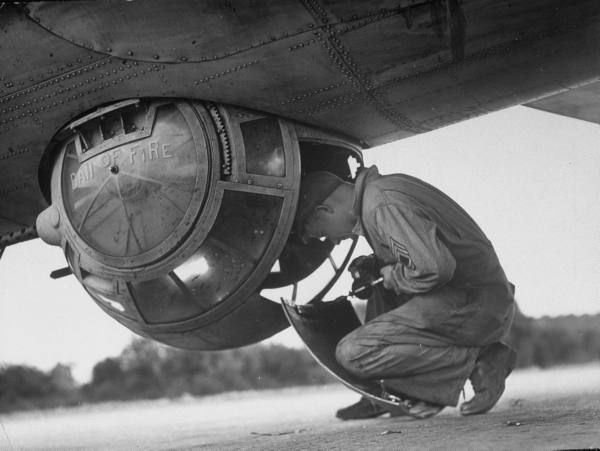 The chains are a modern addition.

I guess Brian started it and built the interior and HG is finishing the exterior?

Yes. The “retrospective” post was supposed to acknowledge that and make it clear. I did the interior.

I also want to credit Karl Hauffe, for his essential technical help and my late friend Art, who helped with many things on the interior. In a very real sense, I look at this as a “group build” of one model.

You are too kind, Brian- cheers! It’s a wonderful thread and one of my all-time favorites.

Well that rattled some cages, thanks all for the discussion/explanations/clarifications. I think I concur with everything but also take exception to the bit about us lesser mortals having nothing to learn from a master-builder (or rather two) - Leonardo (along with most esteemed painters) had studios-full of pupils who learned from the master. They didn’t need to ask how he painted Mona Lisa, they witnessed his techniques first hand and tried to emulate them. Similarly in this blog I don’t think we need yards of how-to text, the images mostly speak for themselves with both builders on hand to answer any questions not apparent from the images. Did I just fly in a lazy circle there Brian, I think that was sorta what you meant?!

So my question is did many ball-gunners christen their turrets as per the image above, I’ve never seen that before?

Tim, on the B-17 Memphis Belle (as restored in Dayton, Ohio) it looks like every gunner in the crew named each gun. Tail gunner’s “Pete” and “Repeat” are well known examples. Highly recommended If you ever get a chance to see the Wright-Patterson US Air Force Museum in Dayton. I have hopes that museum is where this 1/48 scale work of art representation of the B-17F LL is headed for display? Otherwise may I suggest BRIAN D ONEILL’s books as they include these kind of details as well as very readable, excellent history. All the best.

Copy all that, many thanks!

Did I just fly in a lazy circle there Brian, I think that was sorta what you meant?!

Yeah, in a “picture is worth a thousand words” kind of way. But there are occasions where I have asked HG to supply some written context and explanation, which I include, so sometimes we have words to add to the music.

One also sees women’s names added by ground crew to engine nacelles. Note “CINDY” or “GINNY” on the No. 2 engine of Vicious Virgin. 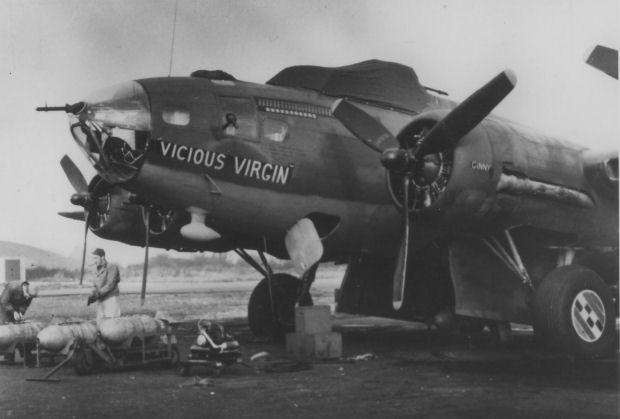 Well, what’s clear is that clear windows are essential in this build and that they should be flush with the exterior of the fuselage, as on the real “Luscious Lady.” 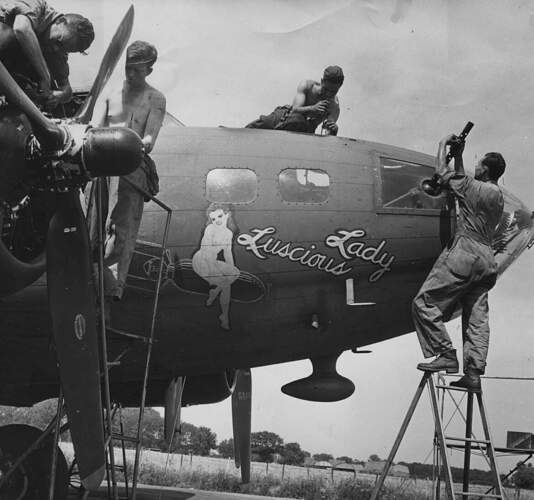 But easier said than done. Let’s look at HG’s work getting there using a vintage Mattel Vacu-form and some extra-special plastic sheet sourced in the Czech Republic. By popular demand, I also include some commentary from the man himself.

Looks like I have a bit of prep work to do on the new poly material.

Note how the original plastic and clamp are perforated into the pins. Get out the new drill. 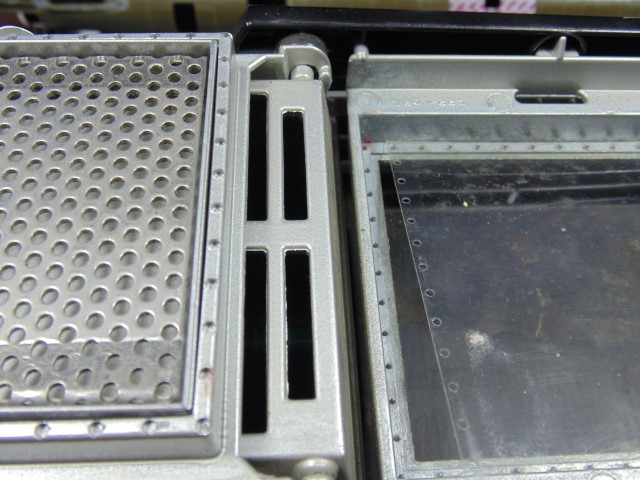 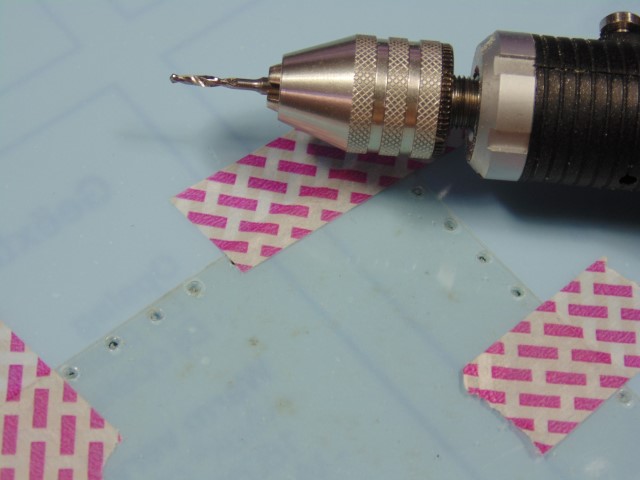 2nd. My master [cockpit roof mold] has to be repolished from the job and more in general.

4th. This master needs to be solid and the Vac-form needs a one way airflow. When the suction ring comes up it pushes air back up and cools the plastic plus makes the entire platform tray jump around.

5th. The flat parts may not need any tweaking, we’ll find out.

Good learning here and will carry on improving things for the second trial. 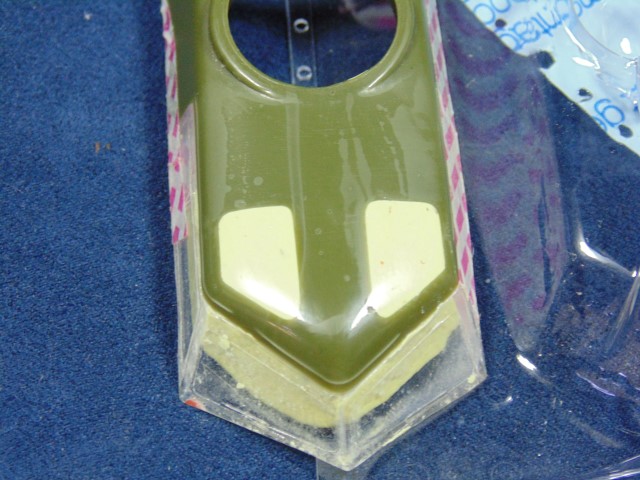 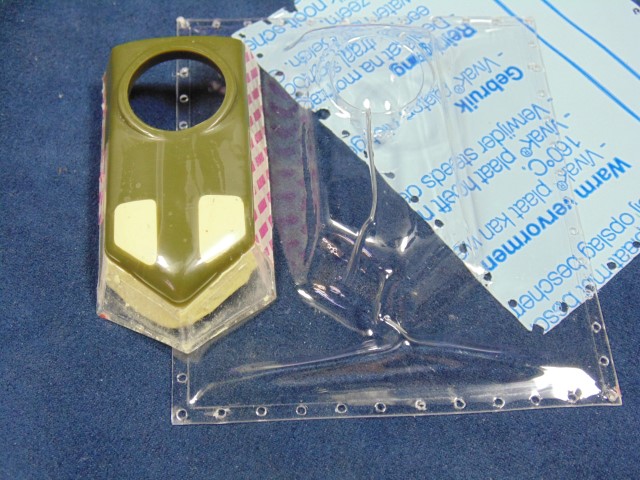 And a perfect cut out of a roof window! 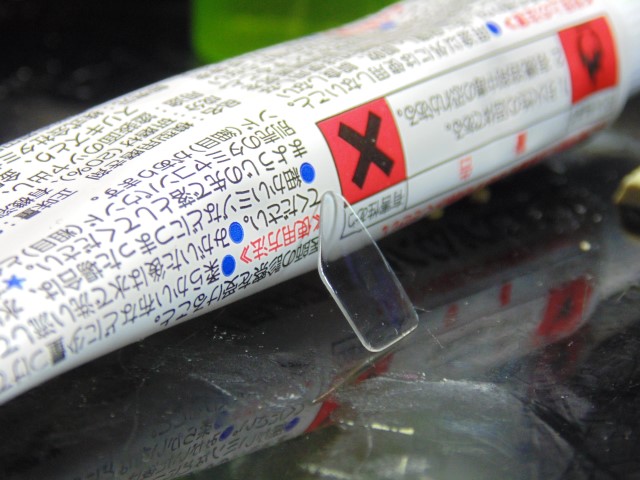 And, after correcting a “rise” in the roof itself 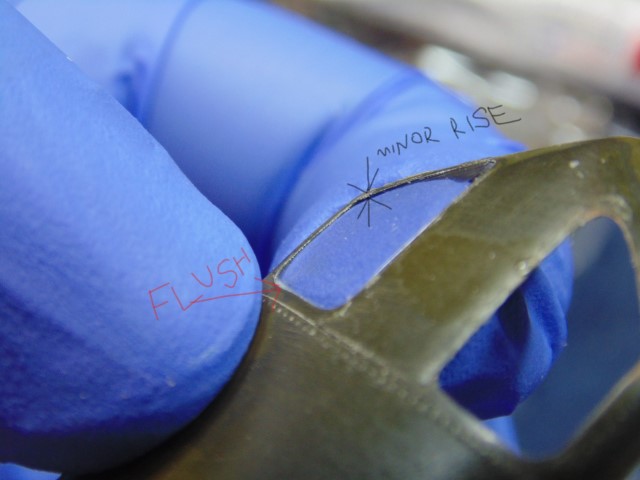 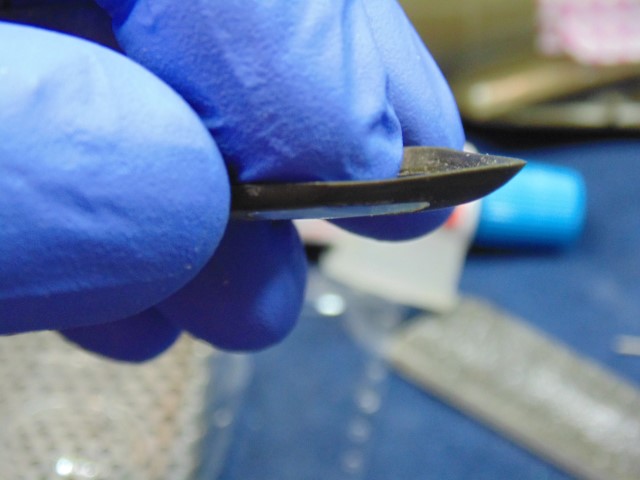 At least to my eye. 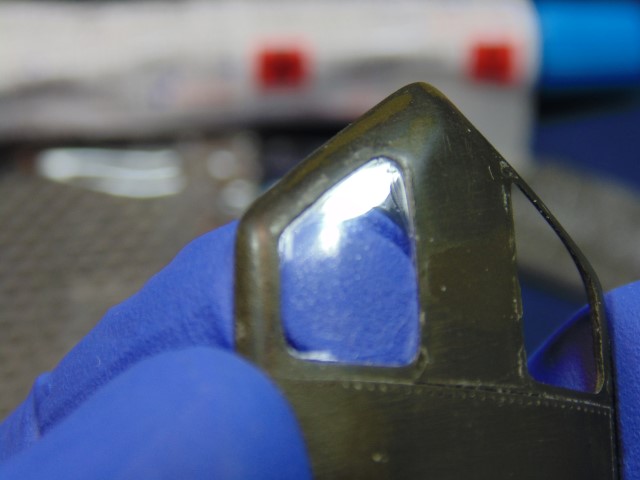 So, what is that? When I was a thirty-something, brand new corporate lawyer for Curtiss-Wright, whose headquarters in 1981 was the Wood-Ridge, NJ R-3350 engine plant, 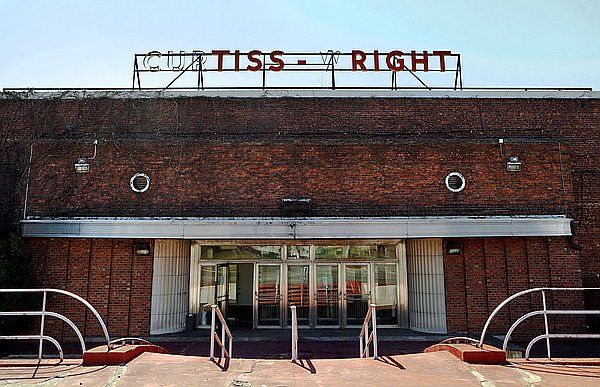 (Back then, the sign had all the letters!) one of my co-workers was an old-WWII-era employee who told me of his experiences there in the 1940s. He described himself as a “manufacturing engineer,” and when I asked what that was, he explained that such an engineer studied not the design of products, but instead the design of the best way to manufacture them. In other words, the design of “fixtures” and “tooling” to make actual parts fabrication more efficient.

That is what HG is doing in the below, otherwise (to me) unintelligible pictures. 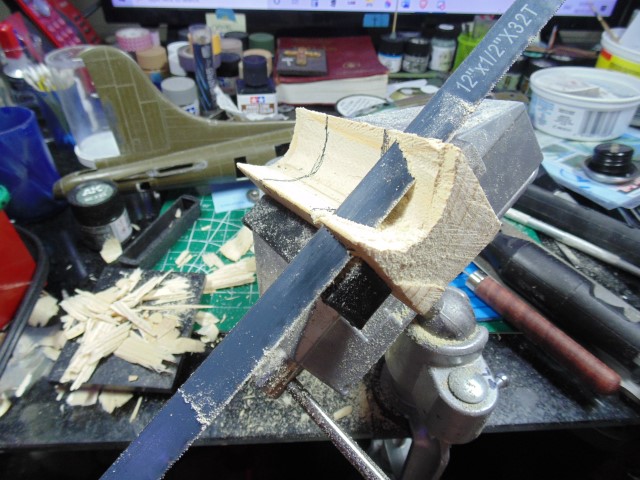 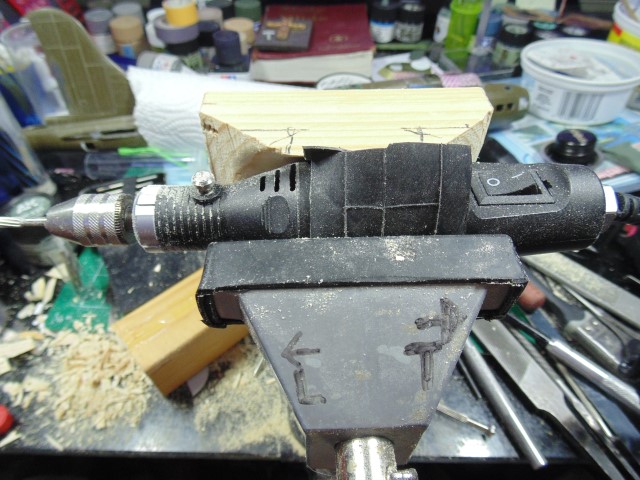 He purchased that fancy drill to make pristine window openings, but also to add a polishing attachment that will allow him to more efficiently use 4000 grit sandpaper (yes, four thousand, not four hundred) see below photo. 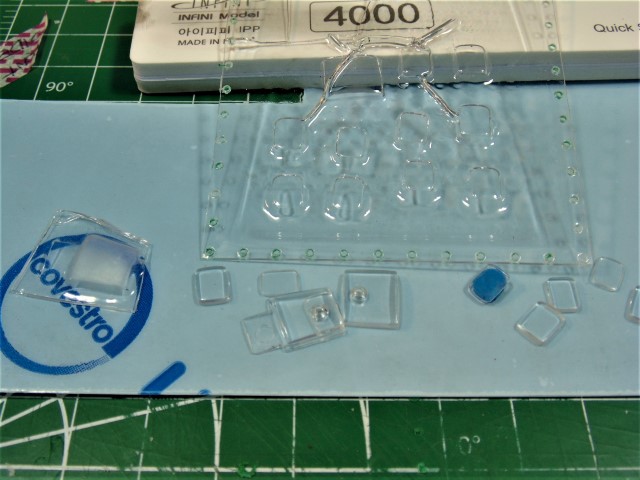 to create the clearest possible vacuformed window pieces. He explained that having the drill firmly fixed in his otherwise-too-big vise would allow him to use both hands while holding the vacuformed windows against the polishing surface. That’s what the wood block in the vise is for.

I am told he is still experimenting on techniques, and what’s shown above and below are, essentially, test pieces. The bottom picture he described as a “total failure.” 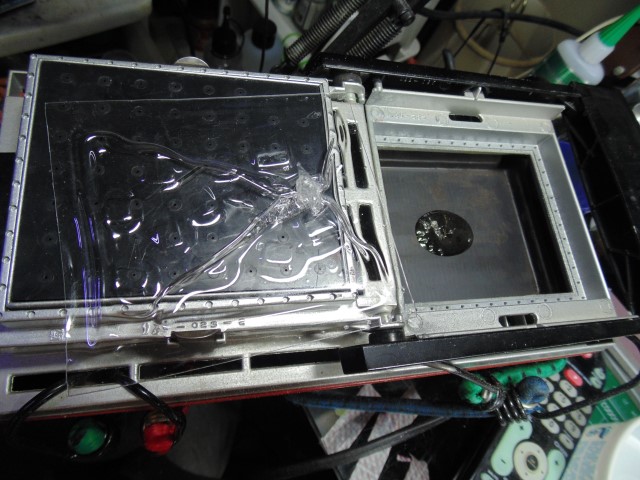 The pieces in the last pic are the molds for the vacuformed pieces, 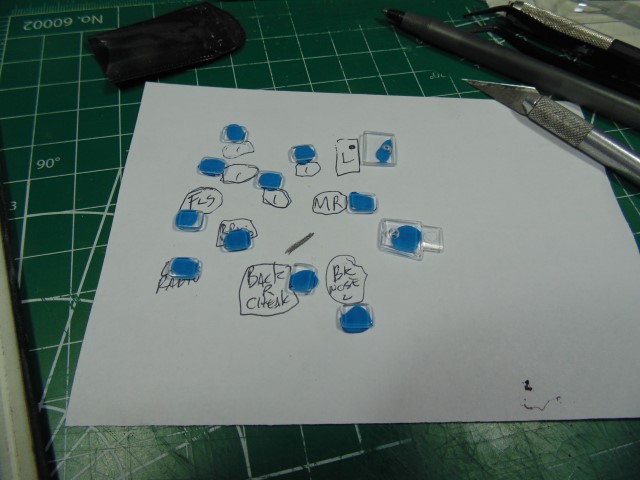 More updates as I get them.

You had me reaching for my Shep Paine 1982 Modelling Tanks etc, p.31 “A toy vacuum-former was sold some years ago by Mattel”…although HG’s looks far more serious than toy-like, but if it is nearly 50 years old that’s awesome it’s still going strong, hope the wiring’s been checked recently. Beautifully rendered plexiglass & much kudos for demonstrating one of model-making’s Dark Arts. I recently DIY’d my own photo-etch which was mildly scary but nothing compared to hand-to-hand combat with an industrial (?) vacu-former. Electricity + heat = prepare to run away at any moment