inspired by @Stikpusher and his recent build:

A few weeks back I had decided that I wanted to build a F8F Bearcat, as I can’t remember ever building one in any scale before. Not the old Hawk or Monogram kits, nor any of the new tool releases, which I have a few of in my stash. Seeing how I’ve never built an RVN/VNAF aircraft either, I decided to go with this one that I’ve had in my stash for several years. Especially after recently building the Hobbycraft La-5FN. I like the cross of simplicity, and detail offered in this kit So I’m kicking… 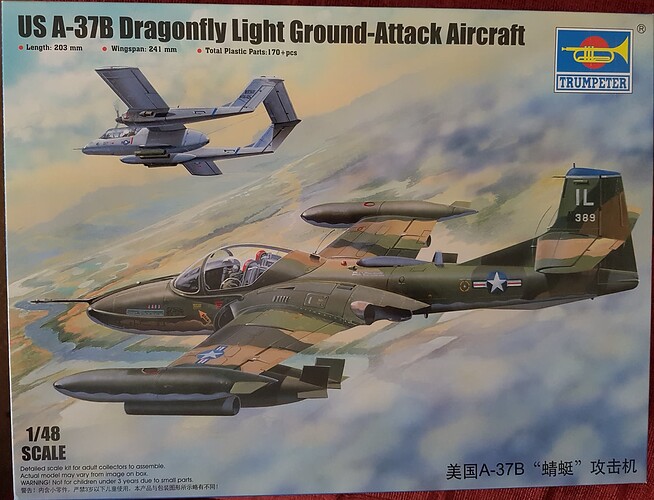 now i haven’t built a wingy thingy in about 20+ years and mostly build armour or sci-fi so this isn’t going to be a super fabulous build. so far I’ve drilled the holes for the pylons on the wings and have built most of the cockpit as well as giving it a coat of primer paint. i could do witb some decent pictures of tge cockpit to sed what colours are used on the instrument panel as there isn’t a decal for it. 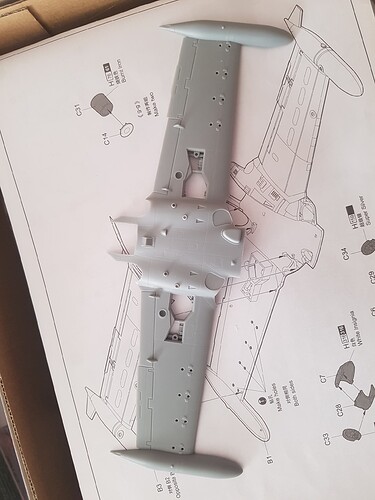 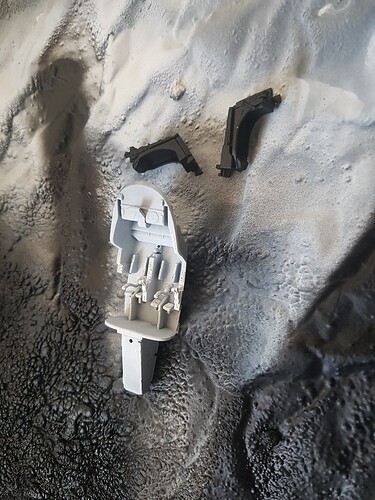 Love the Tweety! Definitely gonna be watching this one.

i decided to crack this one open as the 24/7 media coverage of a certain funeral here in the UK is starting to become annoying, i only found out yesterday on youtube that the Ukrainians have taken back a significant part of their country.

i was looking at some decals for the cockpit instrument panel but they are the same price as the kit so i won’t bother and my airbrush may have committed suicide, so i might have to replace that as well.

i hope get some more work done on this at the weekend or on the bank holiday monday whilst my wife watches the funeral on tv.

Yes I’ve heard that about your current media coverage there. Understandable, but the world is still happening for those elsewhere. I don’t watch much TV news here, so I honestly don’t know what is dominating the news cycle.
As for your kit, I have the Monogram A-37, so I’m curious to see how these two compare against one another. Yours just might kick start me to build mine next year

In VNAF markings of course.

i saw the monogram kit on ebay but it was expensive but i will do mine south vietnamese colours… assuming the airbrush come back to life soon.

Lokking forward to the build, have a Firefly Trumpeter in the stash as well-

i managed to get some work done when i came home from night shift. i jnocked up some fuel tanks which still need to attach the PE, as well as some Mk-81 bombs. i still need to do the napalm canisters at leasy thay is what i think they are. 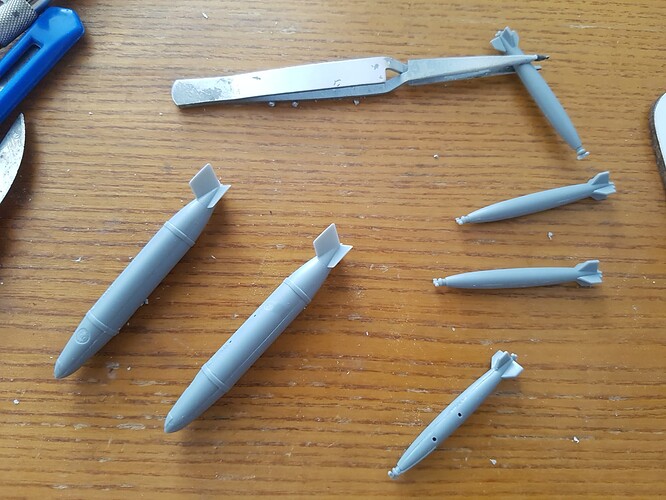 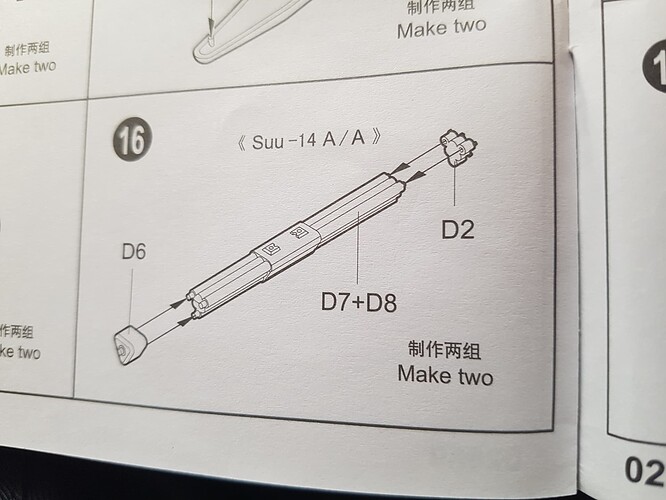 well today i ran into my first minor issue. the PE strip that goes on the underside of the fuel tanks is slightly to long and to fat to fit int the groove per the insinstructions. i have painted it white so that you can see it on the fuel tank. 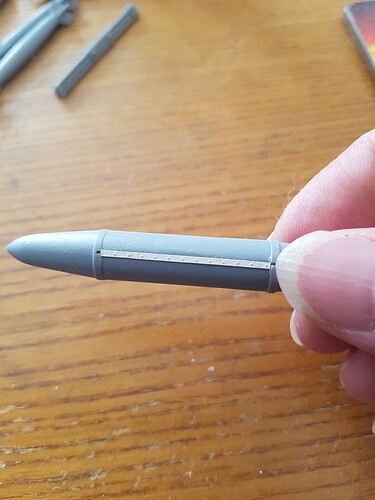 after i had fixed this i then started to prime all the stores for the under wing pylons. 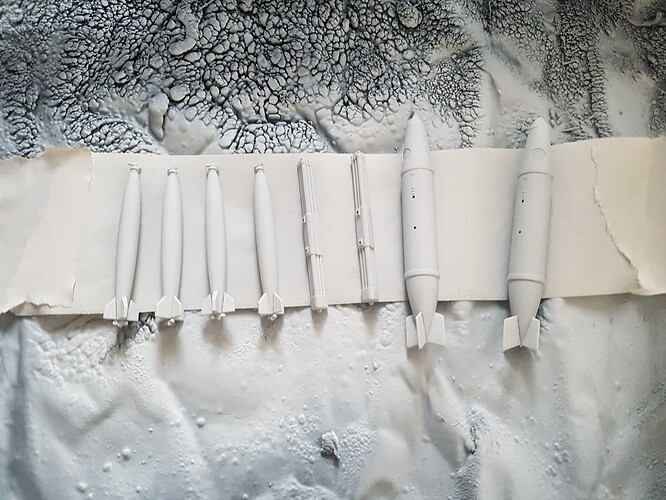 well the tweet goes on to para phrase the name of a 60’s song. i have managed to glue the ings together but i have left the engine nozzles out for the time being as I’m not sure the best way to fit them. 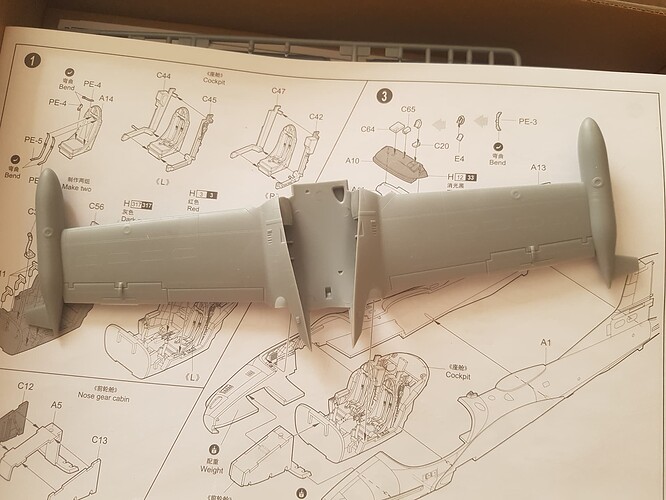 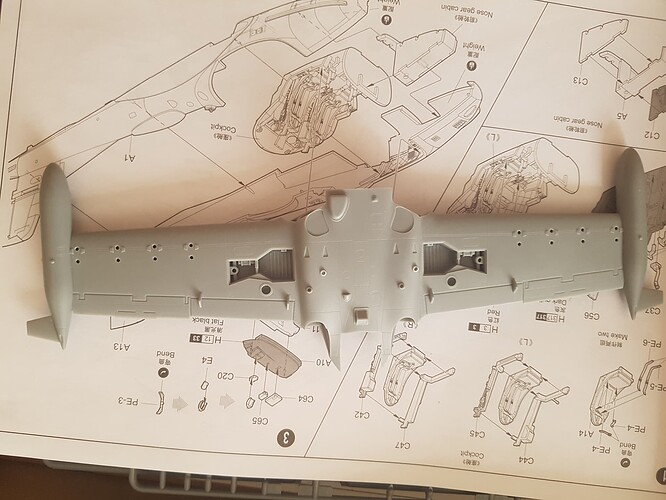 well i decided to add some weight to the front end as i don’t want her sitting on her tail so i used some old squashed air rifle pellets and super glued them in place. 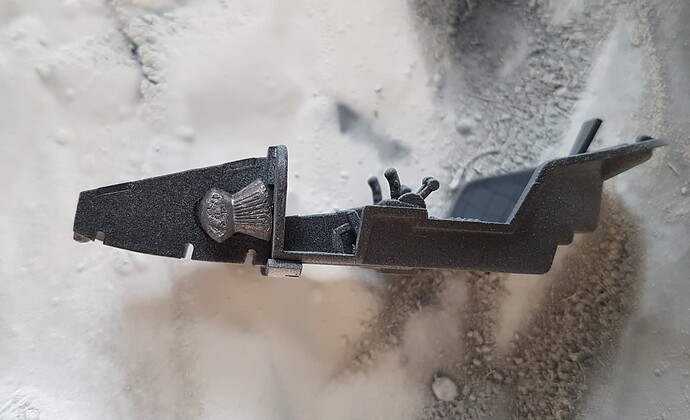 The SUU-14 was a bomblet dispenser. Each tube was filled with small bombs that were ejected out the rear. A-1’s on Sandy SAR sorties routinely carried them too. I think different types of bomblets were available. Maybe someone with more knowledge can shed more light on that.

Description The XM18 dispenser is designed to be carried externally on low-performance aircraft. XM18 is a modification of the SUU-14/A dispenser Hazardous Components No inf

ooh, thanks for the info mate it’s really appreciated i couldn’t find out anything about them.

Happy to help.
For years I was never sure what they were either. For a long time I convinced myself it was some sort of gunpod, till I happened to stumble on what it really was.
I’ll have to do some digging into them because I have a vague recollection of them being loaded with smoke, CS gas and a delayed fuse bomblets.

There was also a bigger version that looked a backwards MATRA pod. Usually carried by F-100’s and F-4’s in the early stages of Vietnam.

thanks for looking into these for me, the stupid thing is, i have actually seen them in real life when i was in Vietnam. i was a tourist (I’m not that old, yet) and seen several A37’s in various museums including tbe one in Saigon that kept changing it’s name: (the American war crimes museum, then changed to simply, the war crimes museum and then it became the war remnants museum) god knows what it’s called now.

An airplane that you don’t see very often… really nice!!

yeah that’s what i thought too, all those F4’s out there but very few build the ground pounders.

I don’t want to go off topic, but you do wonder for whose benefit the naming of the museum is?

Anyway, found some information on the types of bomblets here.

yeah i think some ahem north American tourists complained and the name was changed a few times. some images in there are clearly labelled wrongly to promote communist ideology but there are some amazing items there to see and photograph.

thanks for the link for that weapon, i really appreciate it.