About Off - Topic Shenanigans

Again I see a thread locked. Disappointing. Are we now seeing censorship? Why can’t we discuss something that is very important at this time? I see no ‘political’ vile. The thread was about two ‘teams’ and who would win. Equipment v equipment. No politics. So given that logic can we no longer talk about Germany v the rest of the world? Can we no longer compare Tiger v Sherman? Yes I’m being ridiculous. But we need some clearer guidelines.
There’s an AFV forum. Should the pros and cons of military capabilities be discussed there?

With just 15 comments and 268 views is it an over reaction? Can I ask who’s controlling the decisions?
The “How long does it take a train to stop” thread is now talking PC. Should that offend me can I complain and have it also locked?

Yes I know. “What would I know?”. I was a director on the board of a very large organization. We had a member forum. Some threads got very personal and legal action was taken. My butt was on the legal line. Those members were locked out. My point is that if there is a complaint or two deal with it. But don’t penalize everyone else from having a legitimate discussion about a legitimate subject.

No politics. No religion. No PC. Just Off - Topic Shenanigans. Or is the title of the thread just plain wrong?

Am clueless, what occurred?

I’m trying to make a point. Hypothetical! Can we discuss/compare the USS Enterprise capabilities when compared to the new Chinese carriers?
No politics. Just technical possibilities. Yet a thread was closed because it apparently involved Ukraine.

So I ask again. Can we discuss the difference between the allies in the Gulf war and Iraq’s military without it being political or the thread locked/ Why is the current situation any different?

Again I see a thread locked. Disappointing. Are we now seeing censorship?

Robin said it best:
I think there are others with the same power…
It’s not a permission, or an ability. No, it’s a power. Yet he did not shut either of the threads down. Some people see that “power” and its use differently than others.

Some interesting points and questions there Bruce, with some tricky answers probably incorporating the words “It depends…”

but ultimately we are all guests here on Jim’s forum. He’s earned the absolute right to censor or do whatever he likes with comments & topics, with whatever level of consistency (as perceived by others) that he chooses. So there’s little point arguing with the umpire over line-calls, just play on or if it’s really that important play elsewhere.

In the current climate it seems more heat than light is being generated discussing anything much beyond plastic/glue/paint, which I hope was the most important reason why we all came here.

Agreed. But I just wish there was some consistency.

This is not exactly an easy situation to navigate consistently though. I feel for some of the mods and leaders who are trying to keep these topics from devolving into name calling, etc. People don’t usually come here to talk politics or current events. We had a current events forum on the old say way way back and it got heated and caused problems. We lost a lot of good members back in those days because of it. That is why we still have a basic policy of no politics/no current events.

However if you guys think you can carry on these topics without causing a fuss than I would be willing to test the waters with them happening IN THIS SUB-FORUM only.

That is sort of what it’s here for after all.

The moderators are not cast in one single mould, some of us are stricter, some are more liberal.
I don’t know where I fit on that scale, I believe that I am more liberal but I could be wrong.
I do accept a decision made by another moderator, if they lock it I do not question it.
A topic stays unlocked until the first, or most sensitive moderator, reacts to it.
Right or wrong, too sensitive or too liberal …

I as a leader/moderator fall on the more strict side. I feel that if we don’t nip them in the bud, these posts will spiral out of control as it is human nature. I respect Jim or any other moderator’s stance and we will see how these go. Personally, I will no longer comment on non-modeling subjects. 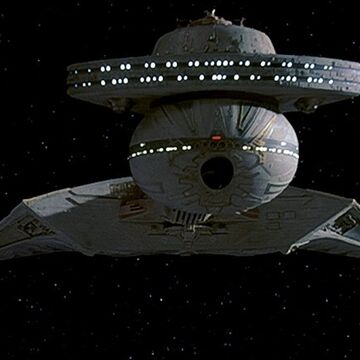 Would that be the Enterprise that circles Uranus looking for Klingons?

Wade, but who is captaining the Enterprise ? if its James T he always prevails …

Sometimes I think locking a thread for a time period then reopening it is constructive. Not censuring the topic, just letting the emotions chill before starting discussions again. Jim has a good point that we all agree with. We need members. Angry members go away and are no longer members. Caution is in the best interest of the forum. If we feel that those that get mad can just take their toys and go home, they will and we will have fewer members. I want to hear from our Russian contributors because they contribute to the forum. I want to hear from Chinese contributors as well.

but who is captaining the Enterprise ? if its James T he always prevails

Wade, but who is captaining the Enterprise ? if its James T he always prevails …

Johnny, definitely a junior officer would be commanding the Enterprise because James T would be doing something interesting planet side. 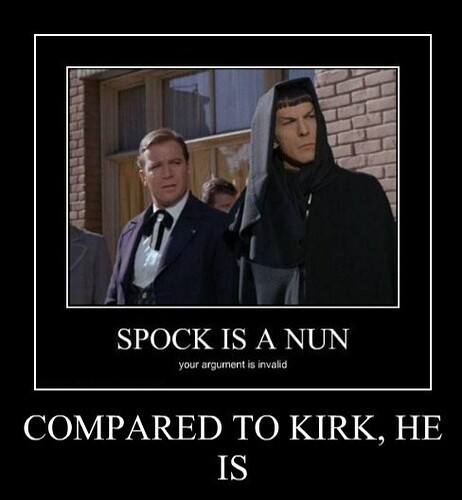 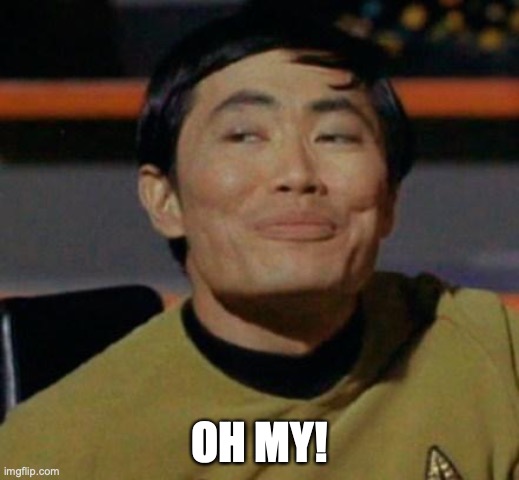