Group Build Description: Any subject in Africa, any scale. Not only the Afrika Korps and 8th Army, but how about Nelson’s flagship from the Battle of the Nile, or The African Queen (from the movie), or planes over Egypt from the Arab-Israeli conflicts? Plan would be for something in an armed service of one of the African nations; or foreign nations in conflict on the African continent.

I have lots of ideas about campaigns so wanted to get this out there even though I’m kind of at my max for the rest of this year. I made it 9 months in case someone wants to do a ship build but am really flexible about that. Any other thoughts?

I could be tempted Phil. 2022 is long enough away.

I feel the specs need to be more clearly defined.

Is just visiting Africa the only requirement (i.e. your example of planes over Egypt) or did they have to fight in Africa or belong to an African nation?

For instance, here is a photo of USS Forrest Sherman in Table Bay, South Africa. Would she qualify? 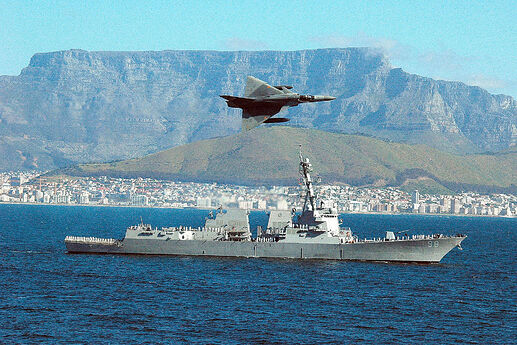 Refinement is welcomed. I guess my inclination is not just visitors - for the example I gave about Egypt I was thinking about conflicts on or above Egyptian soil. So US or European strikes onto the continent would be in, making a port visit would not. I’m not sure exactly how to articulate that clearly - nations or conflicts as johnnych01 suggested might be sufficient? Of course any subject in the armed forces of any African country would be fine.

How about “African Nations 1850 - 2022 - Land, Sea or Air platforms- Friend or Foe” and obviously you decide on the period you want Phil, and then just work out the normal ground rules. There would be an immense amount of not only vehicles but nations involved … lots of scope here … nice suggestion. And the Jan 2022 start sounds best as i think people have lots going on the moment … so time for research and picking the right kit ??

I like it though the time frame seems limited. 1850 would rule out the Battle of the Nile for instance.

Rory that was only a rough time frame as an example for the working title. Phil can decide the from and to dates

and theres nothing wrong with a WW2 cop out lol …

That would be very cool!

I will sign up with a 1/72 South African Super Hind MK.iii, conversion by a SA company.

There is a chance I join. I’ve been eyeing the Miniart interior grant, or could do something from the peace keeping mission in Rwanda. Or maybe my first dive into rotary wing with a Blackhawk from the 160th SOAR in Mogadishu or a little bird

Well there goes my idea of a Trireme used in the Punic Wars 200BC or of a Hycsos War Chariot circa 1650BC.

Hey, I have a Rooikat in my stash … 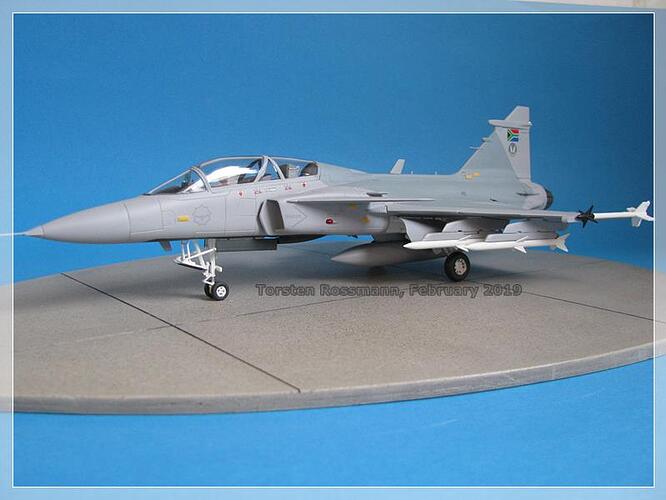 I’ll say yes.
Got a few North Africa campaign vehicles and figures. Also got a Djibouti based Mirage III by Eduard I’m itching to build. Probably other things if I looked in the stash.

Possibly the only combat seen by the Saab J-29 Tunnan was in UN service in the Congo.

Interesting thought. I watched a very interesting video on doing water that was built around a trireme with oars in the water.

I like the “No Time Frame” option, but there’s a danger with me I’ll have too many ideas and not be able to focus on one!

Already I’m thinking “Technicals”, the “Guns of Navarone” on Île de Gorée and Robben Island, An Elephant at Zama, a Dahomey Amazon, SMS Koenigsberg’s guns, and so on: ex Africa semper aliquid novi.
I think it’s best to rule out fantasy even though I have an Egyptian chariot with skeletal horses and crew…

Not sure about the ambiguous replies re Egypt earlier on, but Egypt is in the continent of Africa, as is Libya so technically anything used by them or in conflict on their soil would seem to be okay based on Phil’s general ‘Africa’ outline.

Would something from the Suez Conflict 1956 fit within what you are thinking of Phil? I’m thinking Egyptian SU 100 or French AMX 13.

Would something from the Suez Conflict 1956 fit within what you are thinking of Phil? I’m thinking Egyptian SU 100 or French AMX 13.