Built this as part of the ongoing Great Canadian Campaign. Ignore the fact that the campaign hasn’t even officially started, we’re doing things different over there.

Kit is the 1/35 M151 TOW from Tamiya. Kit is getting a little long in the tooth, but the build was straight forward and there were no major issues (aside from the massive seam line I left in the launcher

Vehicle is painted in the old Canadian 3 tone camo with white wash for winter ops.

Special thanks to @Panzer_modeler for inspiring me to build this one. 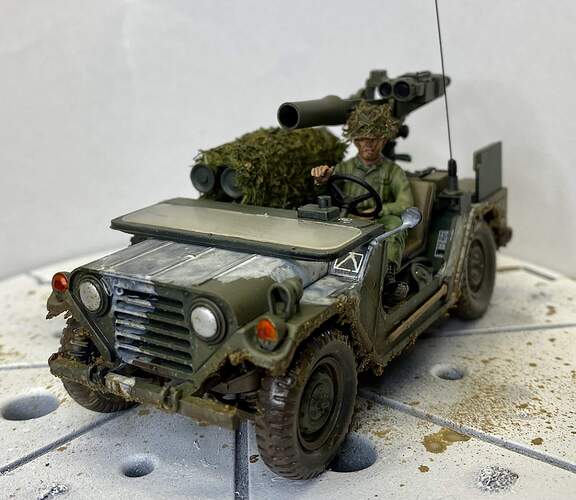 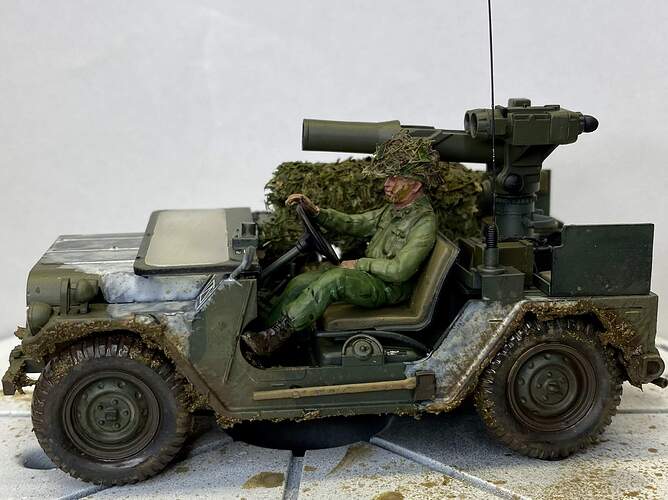 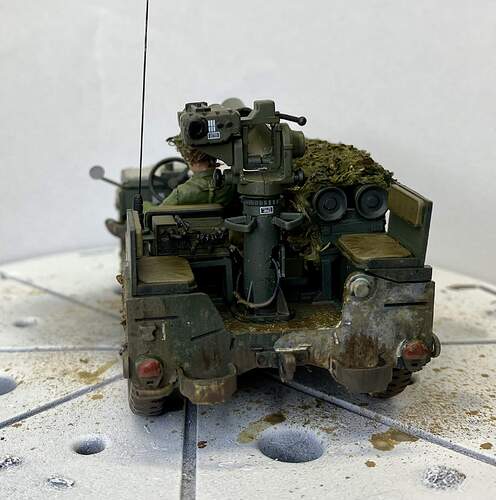 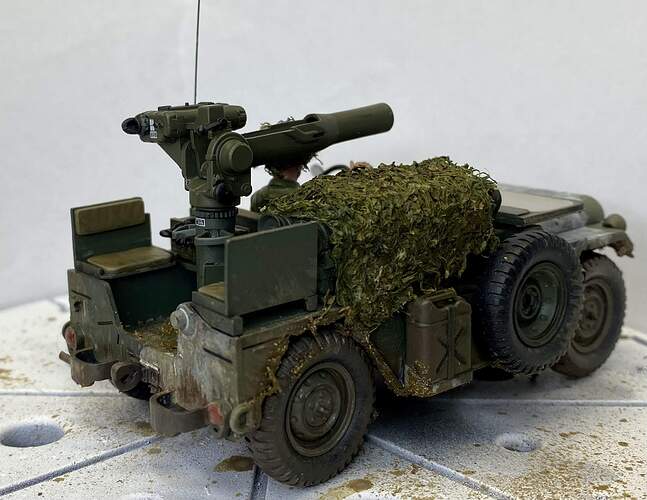 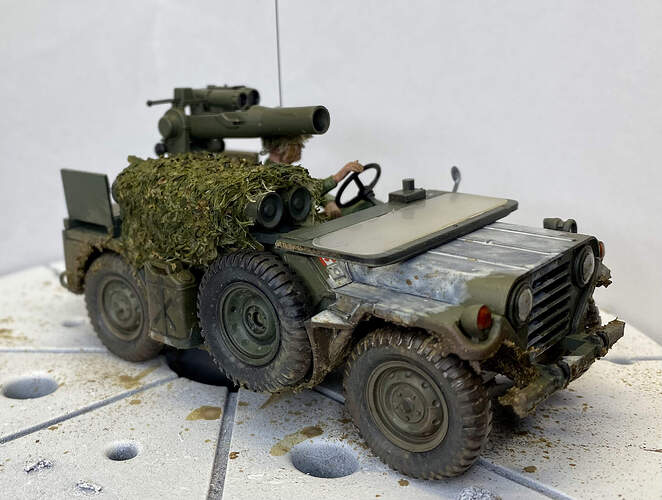 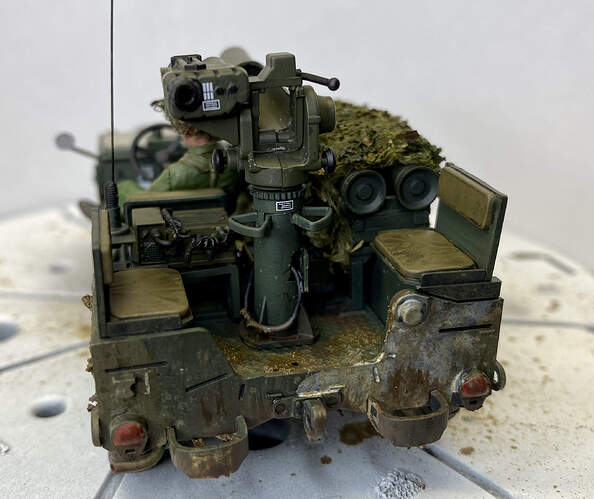 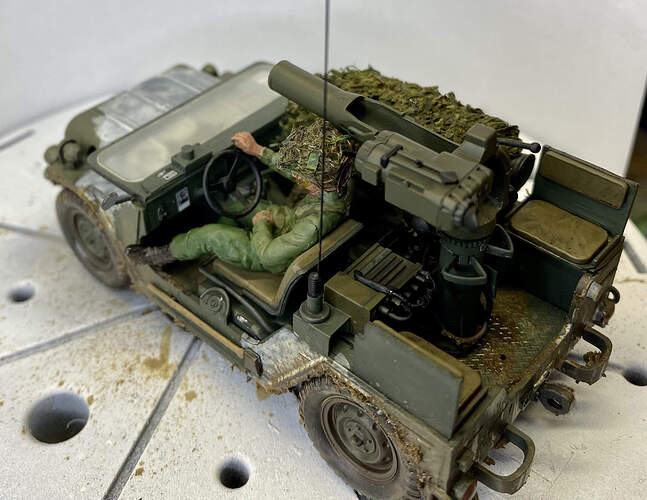 'Love it - cracking little model - very evocative of those harsh German winters (or even Canadian ones depending on where you’ve set it).

Looks absolutely great Don. Those jeeps were some of our favorite TOW mounts because we could hide them anywhere. Try sneaking a Bradley behind a fallen tree!

The only photo I could find of a Canadian unit in ops was taken at CFB Shilo in ‘77 with 2 PPCLI.

It looks like early winter or late spring but without a date I decided to leave the setting open to interpretation. I can’t find any evidence they deployed to Germany but I can’t find any proof they didn’t either so I like your concept.

Looks real good!
2 areas to watch the next time: there is a major seam/gap in the pedestal/base of the TOW. And the figure is very clean, when compared to the vehicle.

Yeah, the QC inspector for the mount and launcher had been reassigned to other duties.

As for the figure, I think that’s maybe the 4th one I’ve painted ever, or at least in the last decade. I’m still not very comfortable with them and frankly was nervous about screwing thing up by doing more than I did.

Any suggestions for integrating him are greatly appreciated.

I feel you when it comes to painting figures! At least recently. Used to be no real issue, buit now…
Anyway… some mud on the boots, and stains on knees, elbows, upper thighs and inner lower arms would do. Just think of the areas most likely in contact with dirt or dirty hands.

The weathering and white wash is striking . really diggin it

Nice job, great detailing! I recall starting one of these but never finishing because I was still in the (US) Army and had the real thing for reference, so kept trying to add more details…got frustrated. Yours looks really nice. As for clean driver, sometimes (like at the beginning of the day), we were clean as we got into dirty vehicles.

Looks great Don! I love the very well used, muddy look it has!