Now the F15 is done and hidden away, I can now start thinking about this one.

The Cr1 from Tamiya and the CTT resin conversion from SMM.
I had the Cr1 kindly donated by a good friend which had been partially built up. 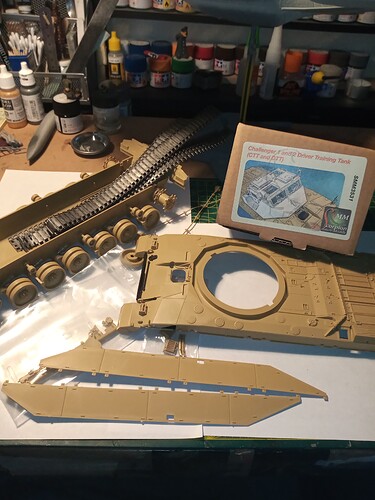 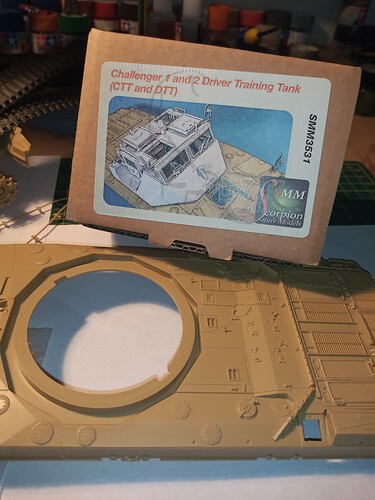 This will need some surgery to varying degrees - front glacis slope cut away and levelled off, the cut outs either side of cab filling, gun clamp adjusted, I need the rear piece of resilient rail on the back decks, the rear needs some work, jerry cans need carefully removing and on the resin SMM crew cab, I may change that to a later version with the newer type FFE so might need to order some from Accurate Armour.

The box contents.
There is a lot of flash but that’s an easy clean up. 1 wing mirror arm for the crew cab was broken, again an easy fix, and the outer upper cab had a big warp in it, but think it should glue ok and hold its position. 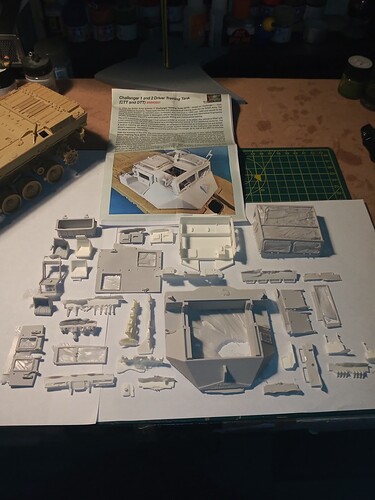 You can either build the Cr1 CCT or a Cr2 DTT, major difference being the stowage box on the cab rear on a DTT and some internal Comms box/Comds control panel differences. 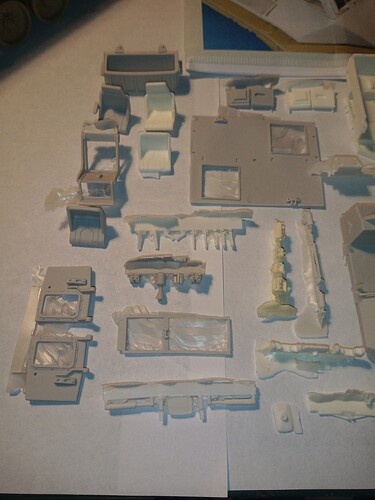 I think the tank museum sent me a decent Comms layout image as well as some good close ups of other areas, so will check on that later. 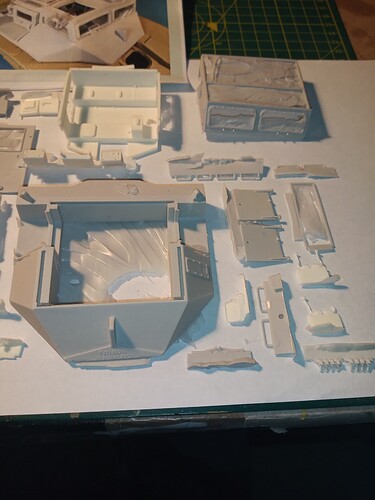 No obvious air bubbles in anything but not given it an in depth look over on all the main parts. Not sure about the old type hand held FFEs, they look a tad small, but that won’t be an issue as I will be fitting the newer type. 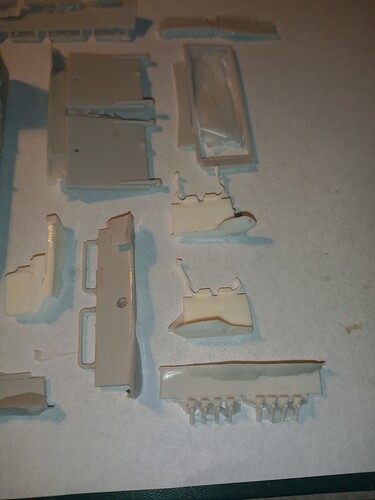 And the warped piece. 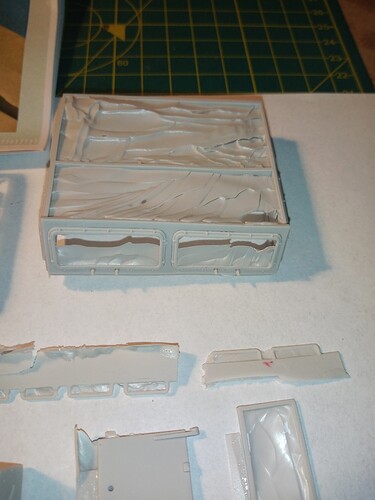 So all looking good this far in. The only thing I was a little disappointed with was there was no small piece of transparency for the windows, it is a small thing, but IMO there should be something … It’s an easy fix though, just means I need to buy a tub of grapes or some mangoes

Interesting variant. I wonder how much different would it handle without a “live” turret… I imagine the vehicle would have weights to replicate the full combat weight of the vehicle. 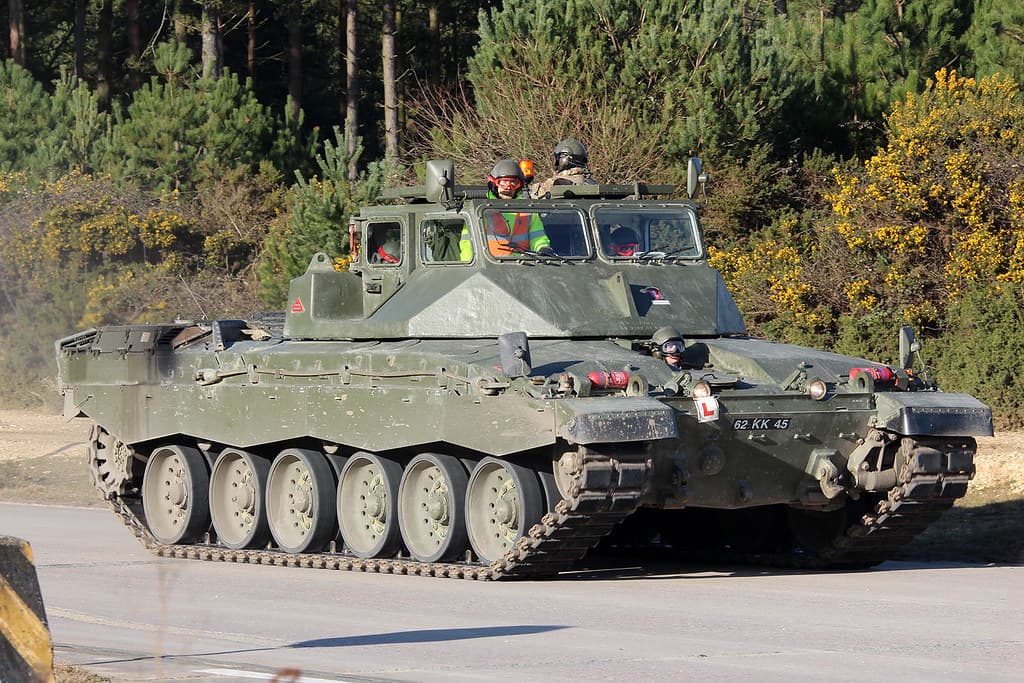 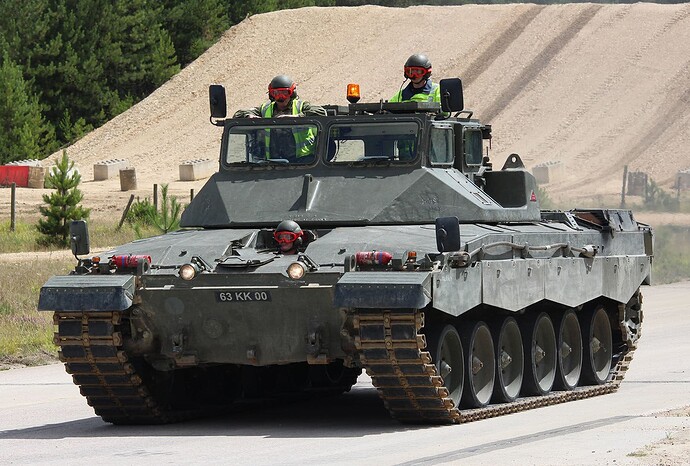 Yes, the sloped lower half of the “turret” is essentially a ring of ballast to bring it up to the same weight as a real turret. 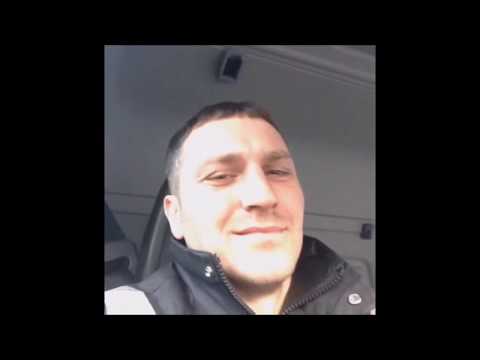 I really dig the off beat, oddball and unusual armor stuff.
This is a good example.
I’ll be looking forward to your progress on this one.

I’ll follow along if I may👍 I have used SSM conversion kits and in the main I have found them very good!

Please do. Will be great to have you here

One thing I will have to re-evaluate is how to display it. I was going to do it balanced on a knife edge but the doner kit had the running gear already secured and it might require a bit to much survey to chop all the drop arms and wheels into new positions …

Gotta watch! I was curious about the conversion’s quality.

Glad you’re looking in Russ. The resin looks nice. My only concern is that some of it is very thin, which is necessary to make it look realistic, I just hope I don’t break any of the parts .

Which Cr1 build was it that you cut away the drivers glacis and remade it with white plastic sheet …?? I thought I had book marked it, but can’t find it now ??

I find it interesting that other Countries have a driver training tank. When I was in the Army my first tank was an M60A3. They gave us a brief introduction on driving then we got in the seat and started driving. No trainer just the real thing. With a Drill SGT in the Cdr hatch yelling at us LOL.

The German Leopard 1 Driver’s Training tank, or “Fahrschulpanzer” even has a dummy gun. 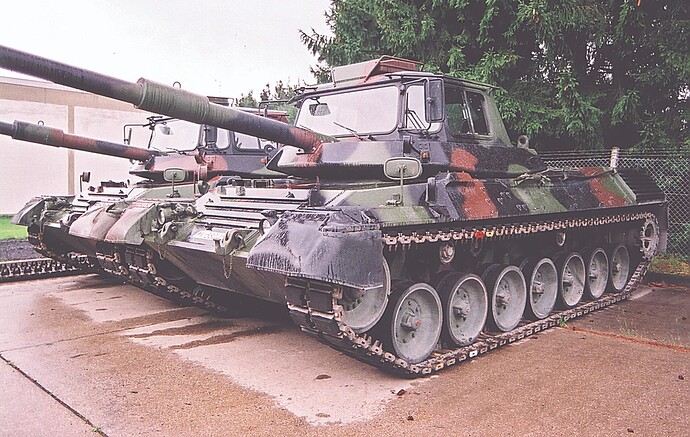 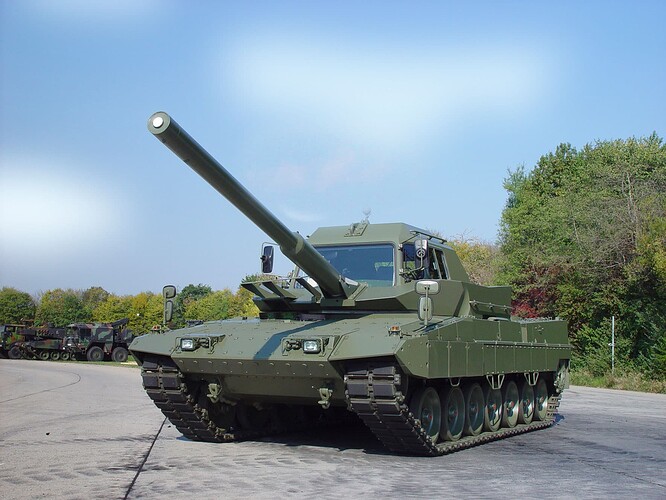 Same with the leopard 2 CTT

But then again, others did not have the dummy gun in them… 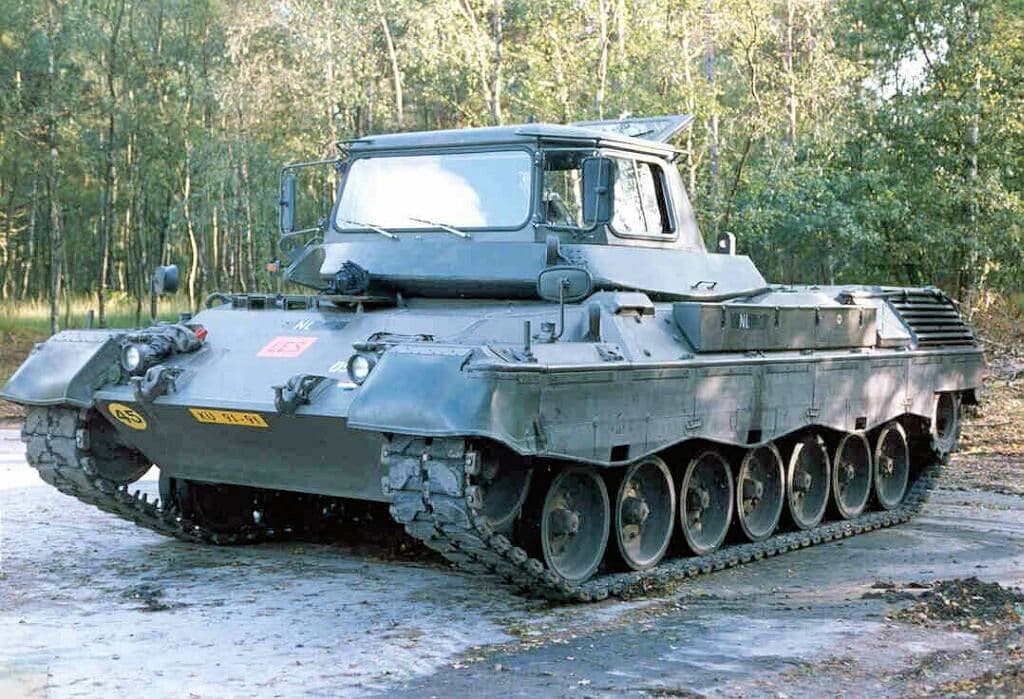 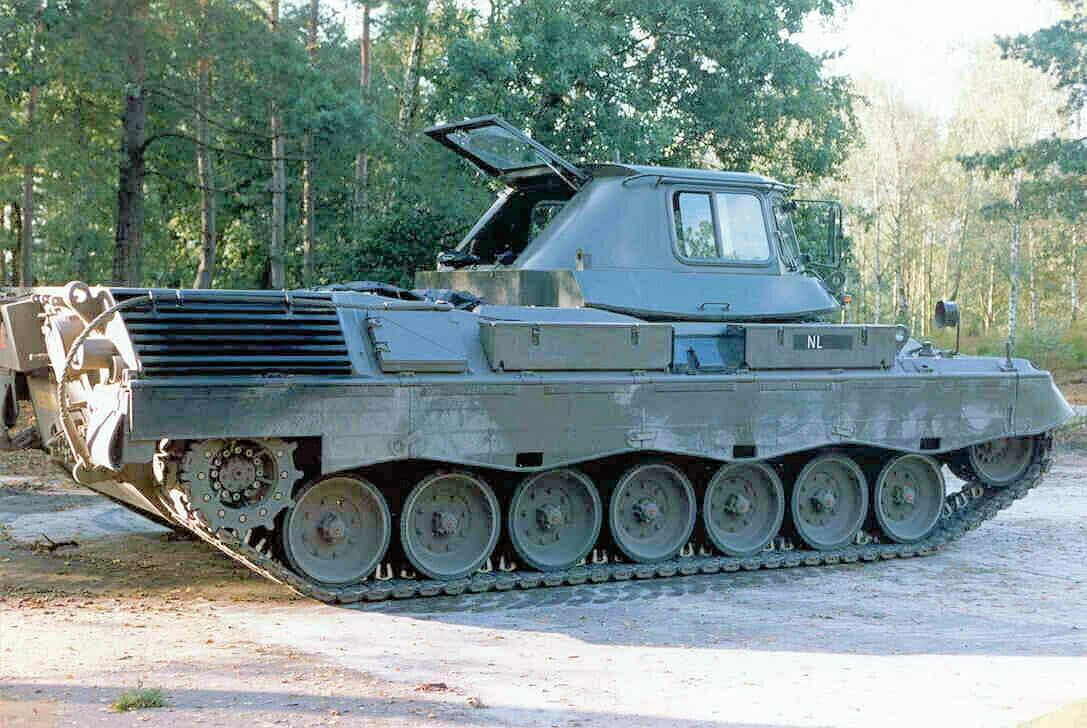 It’d be fun to own one to drive around. Though maintenance will be a dog.

CTT was the first real purpose built wagon for driver training , they were ordered in 88 but the first was not delivered until late 89 and CTT production finished in 1990. I think about under 20 were built. Before these, Cr1 driver training was carried out on a normal gun tank. When I learnt MBT, it was a 2 week course on a Chieftain in Germany.
CTT were the same weight as a gun tank and gave the exact same feel as you would get on the real thing. It does not take long to get adjusted to driving with a barrel over your head and this was usually done at Bovi as well before you went back to your unit so you had a bit of experience with a gun tank…
The good thing about the CTT was the instructor could introduce various driving faults from his panel in the crew cab, and also, importantly, he had an emergency stop button …

John what does the kit give you for the glass in the cab?

The second one, with no additional armor… here:

Tamiya Challenger 1, or "too much fun" Constructive Feedback