Chieftain tank target hulk based on The Tamiya Mk5

This will be the 5th time I’ve made this kit, but this time I want to build it as something different. There are plenty of images on the net showing Target hulks on the ranges, so plenty of research material. 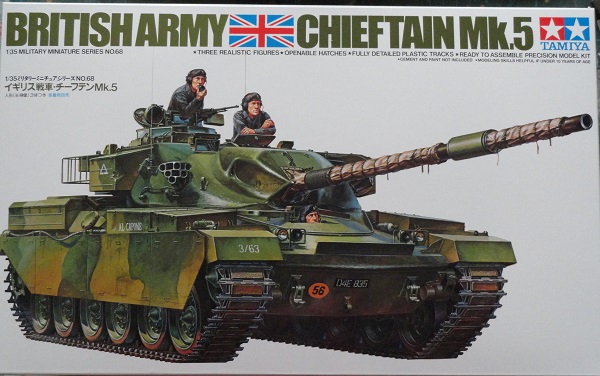 the build omits much of the exterior, bins and other salvaged parts prior to the decommisioned hulk going onto the range. 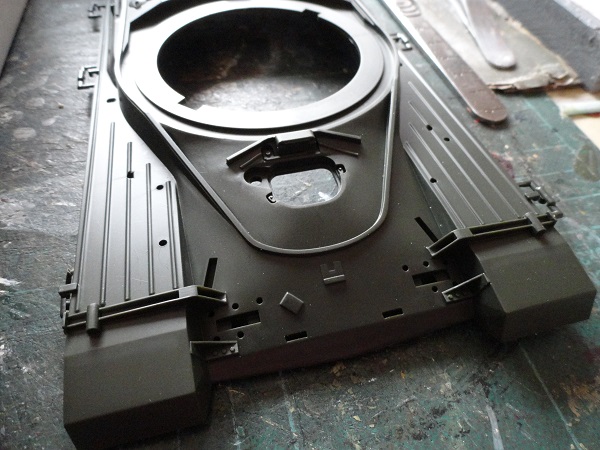 but the first work was what was not included in Tamiya’s old old kit, sponson plates. 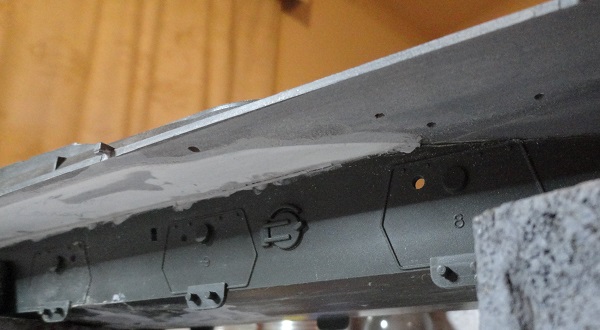 the rather unrealistic plate brackets were also cut and sanded off 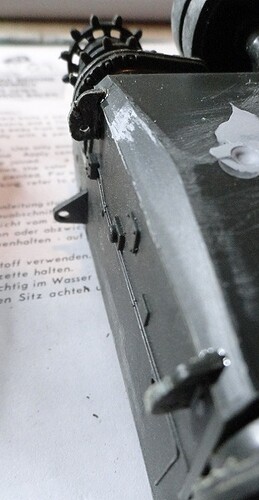 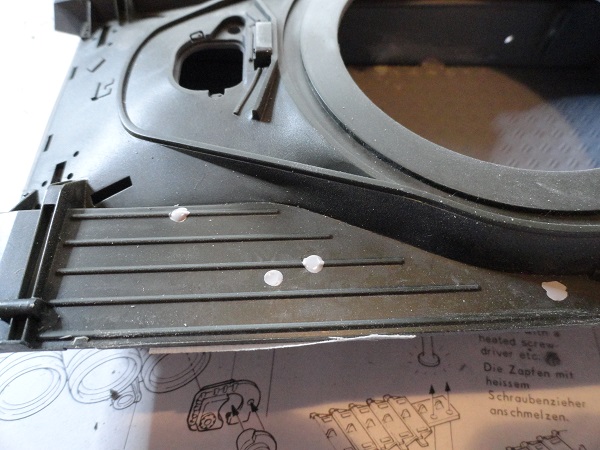 A unique modelling subject. I’ll be checking in here during progress if you don’t mind.

the thermal sleeve is molded integral with the gun, so a new barrel was made using aluminum tube of the right scale 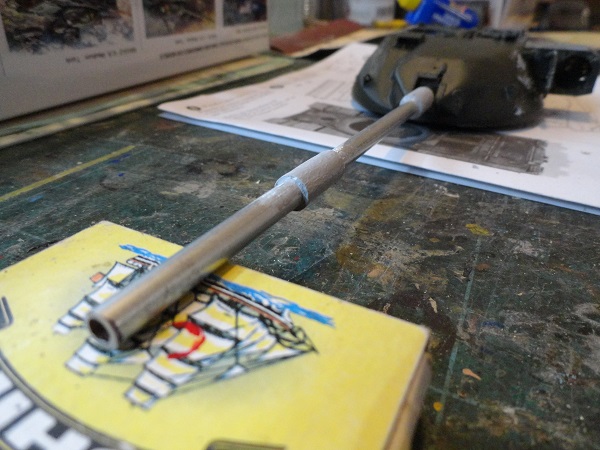 shell hits were copied from close up images, so a hole was drilled and filled, re drilled and broken off to look like the real thing.

the hits on the front of the hull were also copied from images of range wrecks, drilled filled and re drilled out. The most important thing for me was getting the grouping as close to the original picture as I could.

using this image taken of shell impact damage on a Chieftain, I was able to get a similar effect. 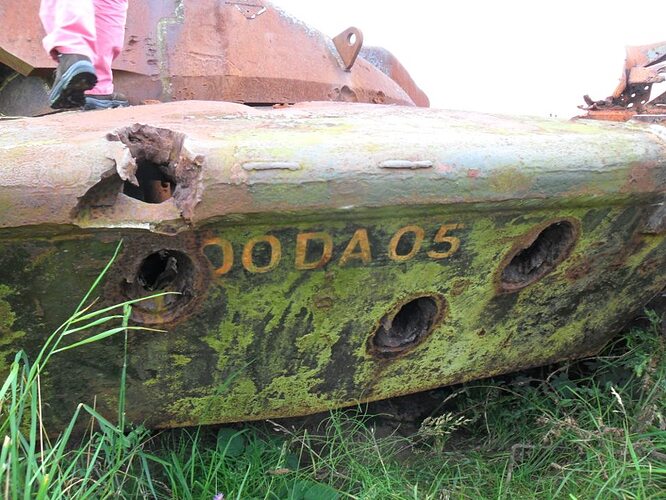 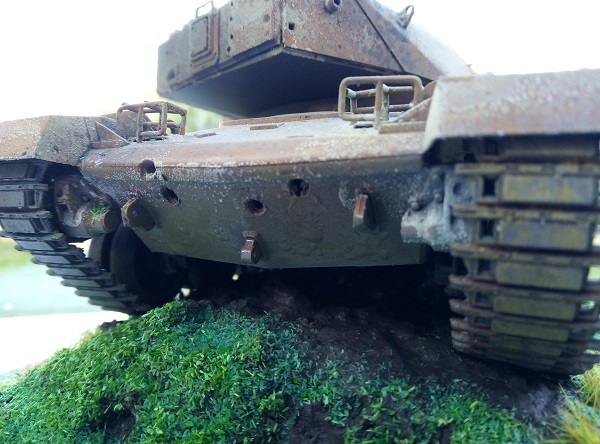 thank you very much, you are most welcome, hope you find this interesting.

Looks great and a very interesting subject… We used to fire on a yellow one at Otterburn Swingfire range with our Strikers.

Oooh kinda sad seeing a wrecked Chieftain, but I agree it is a great idea for a bit of modeling fun. I shall be watching! 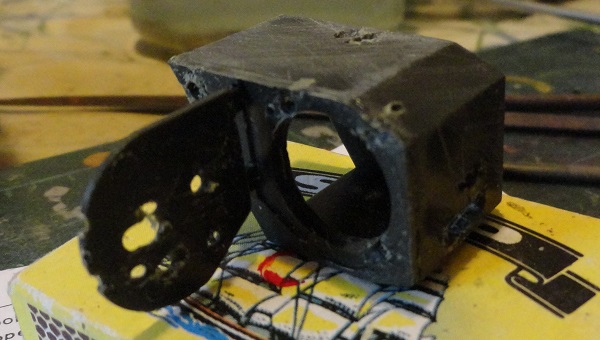 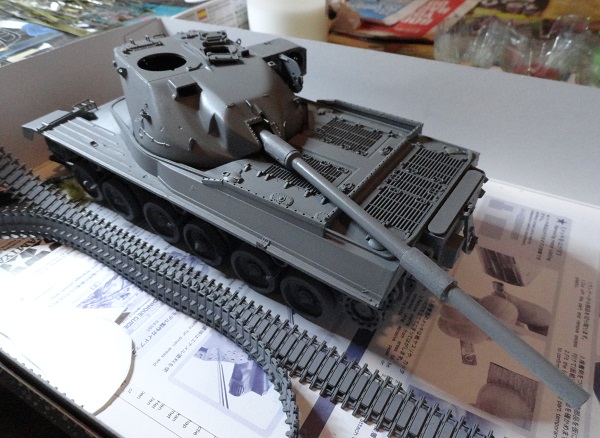 the model sprayed in grey primer.
the tracks were the next issue, being the old style one piece, they need to lay a specific way on the running gear. 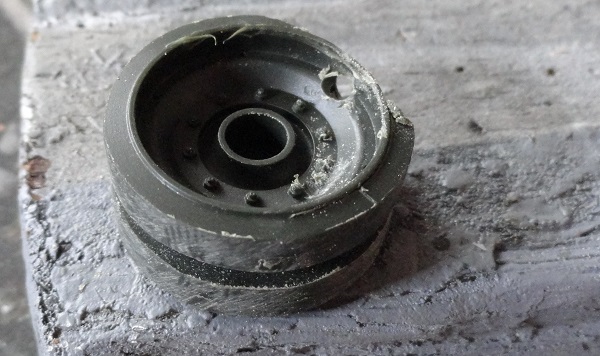 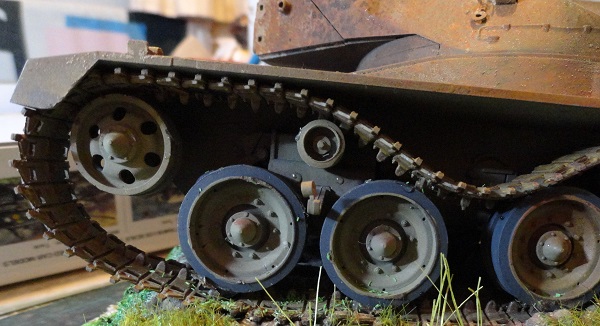 the track hangs over the TA wheel at the front

using layered paint effects to show the rust formed on the side of the turret. 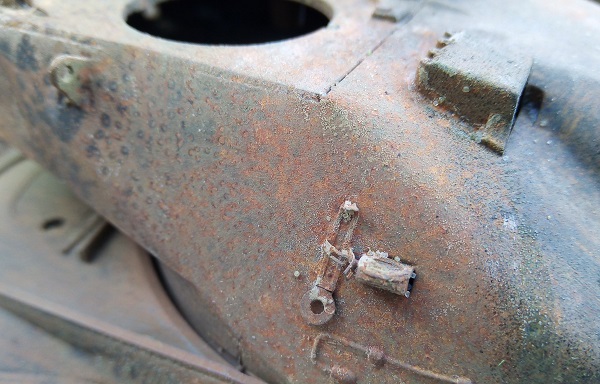 tissue was used to form track curves for the broken track side. 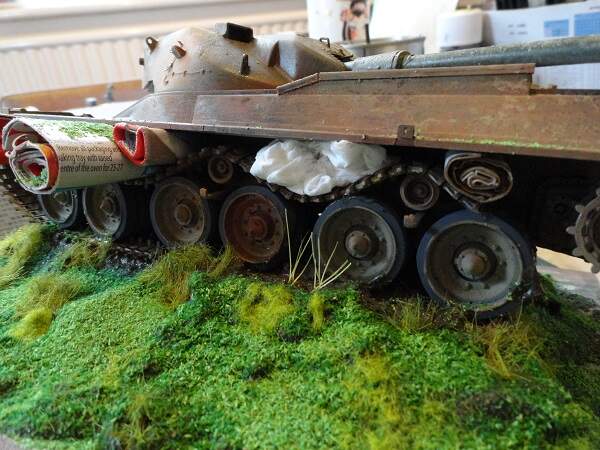 once the tissue is removed over an extended drying time, the glue holds the track in place 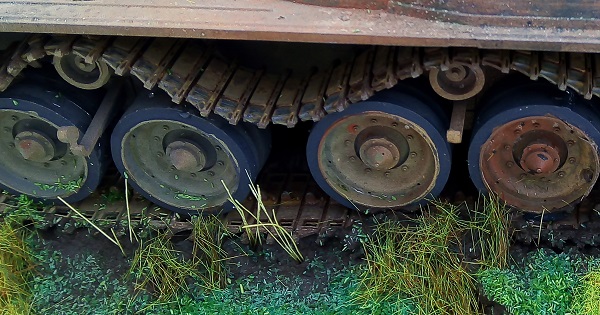 solid shot shell hits in the soft soil to the left side of the hull. 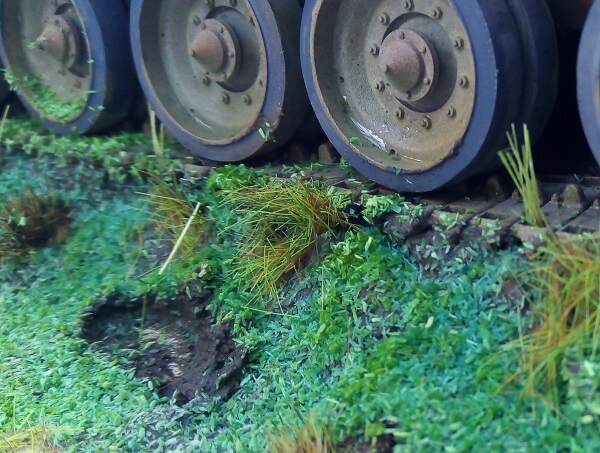 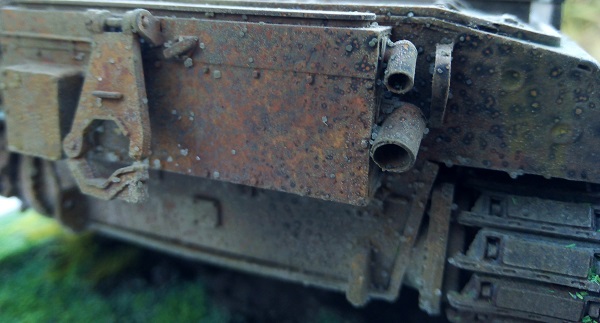 the hull side rust effect 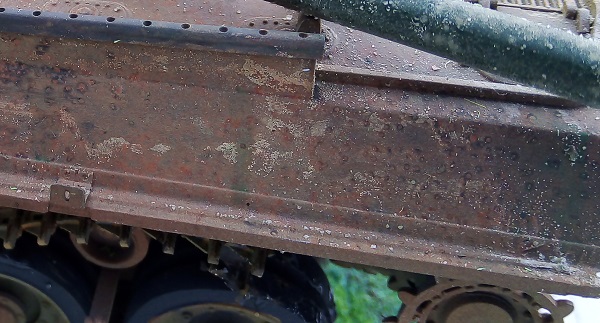 the right side of the tank, the track remains joined in position. 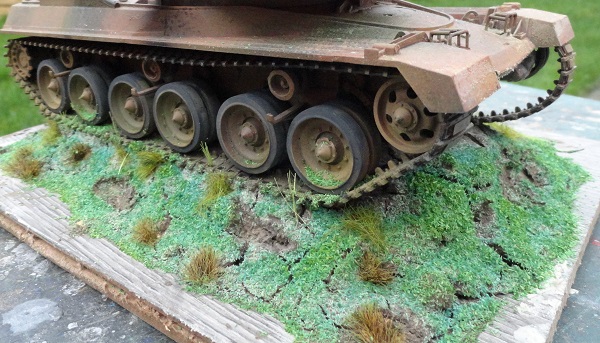 compared to the broken track on the left side. 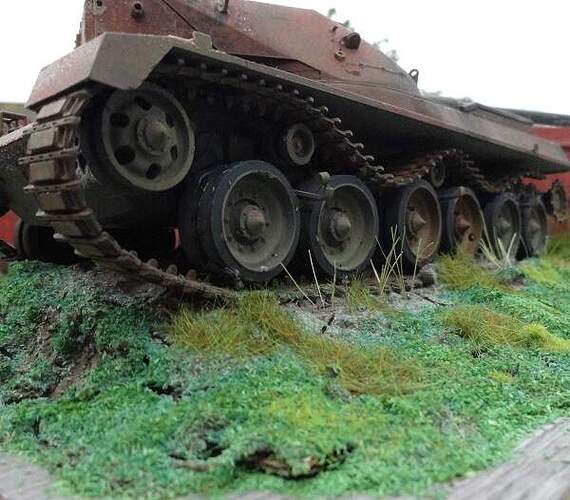 the curve of the track over the front was arrived at with consideration to photo references, 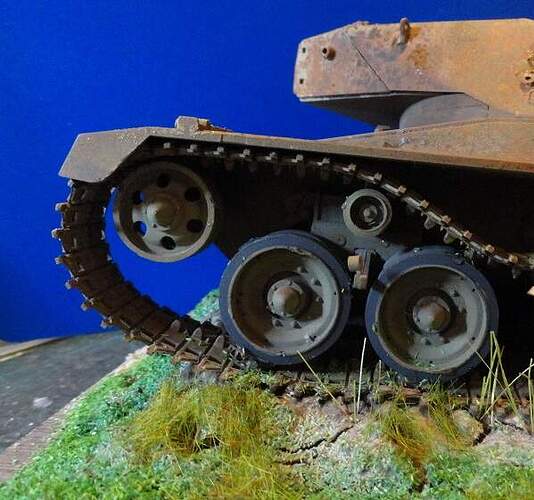 track fwd600×561 48.5 KB
this picture of a Centurion hulk, used for recovery practice at 16 tanks in Fallingbostel, taken in 1981 *, shows the track hanging over the TA wheel in a similar way, even though the track isn’t broken, it’s slack enough to sag the same way

some general views of the assembled and painted model, just needs it’s glass case to keep the dust out. 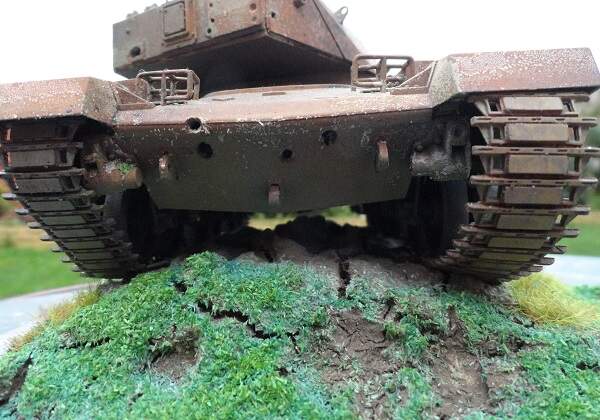 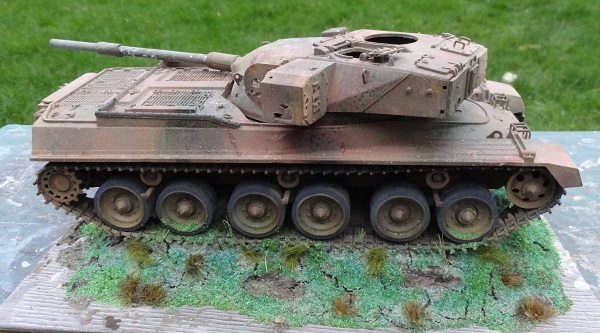 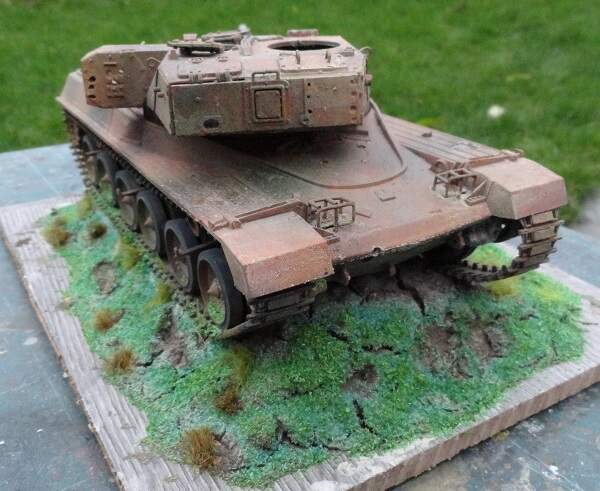