I was asked by Brian Bunger, the proprietor of one of the finest independent hobby shops in the USA (Scale Reproductions, Inc., Louisville, KY) to create a Cletrac M2 in 1:48; one for him and another for his brother who’s into 1:48 armor. At the time, I didn’t think there were any on the market, but after starting the design I did find a 3D printed resin version from a fellow in California in 1:35. I decided to continue working on it. The drawings were based on one profile drawing and a number of photos of existing units all on the Internet. Drawing took a while (weeks), and 3D printing on my Elegoo Mars original model took a while since many parts needed reprinting to get them right, but I am not very patient, but very, very persistent. 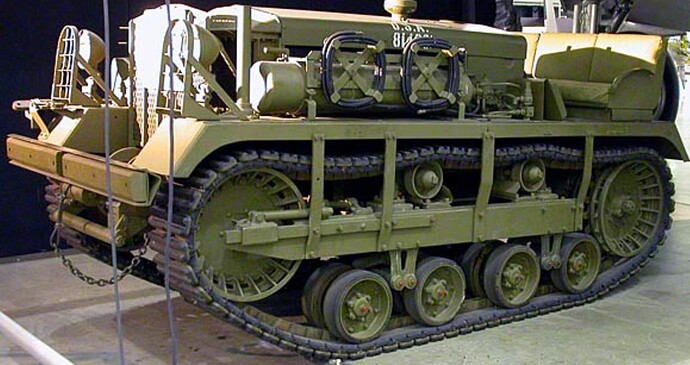 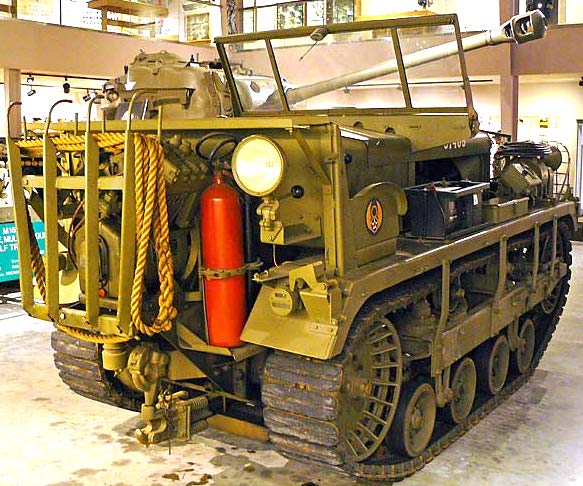 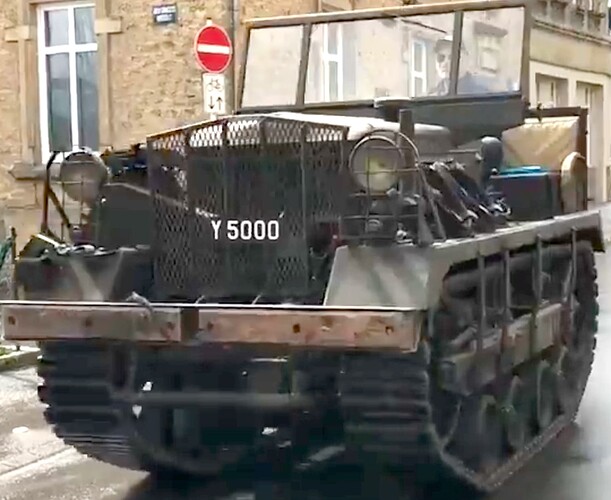 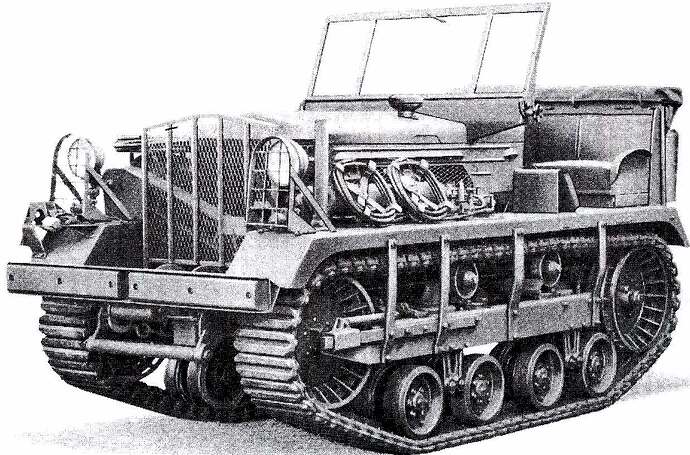 3D resin printing, while able to reproduce very fine details, has its limitations. Self-standing structures must have enough thickness to: a) stay intact while removing from machine and subsequent post-cleaning and b) be robust enough to have something left after the supports essential to the printing process are removed. For that reason, some of the details, e.g., the headlight guards, could not be made in scale thickness. Photo-etched would work better in this application. Regardless, the results are convincing and the client is very happy. I finished gluing up one yesterday and have one more to make.

Here’s an exploded view of the parts I had to draw in SketchUp. Each is a separated printed component. I did make one change. I was able to print the frame, winch and bumper as one part. The engine is a great little model in itself, but, alas, is very hard to see with the covers on. 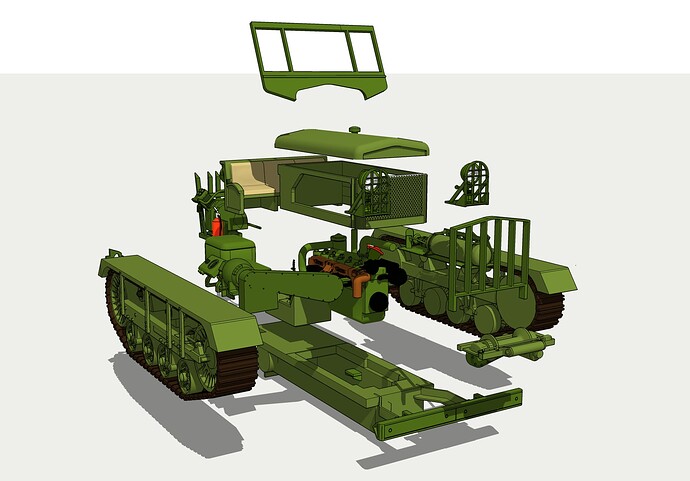 And here’s the finished product…. still missing its fire extinguisher. I can’t make white decals that don’t have a colored background so Brian’s going to have to do that himself. Although if I could match the o.d., I could print them on white background decal paper with the o.d. background so you would have to cut out each tiny letter… just think’n. 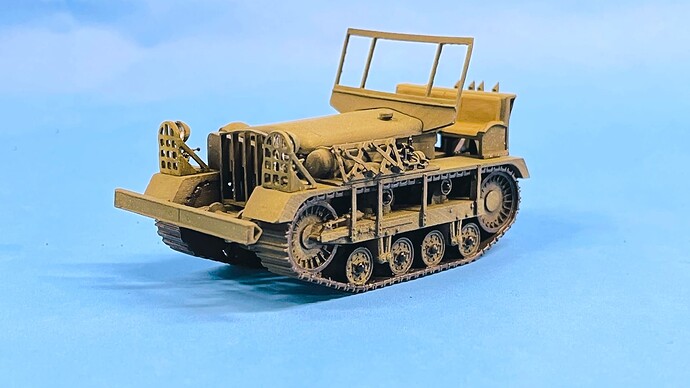 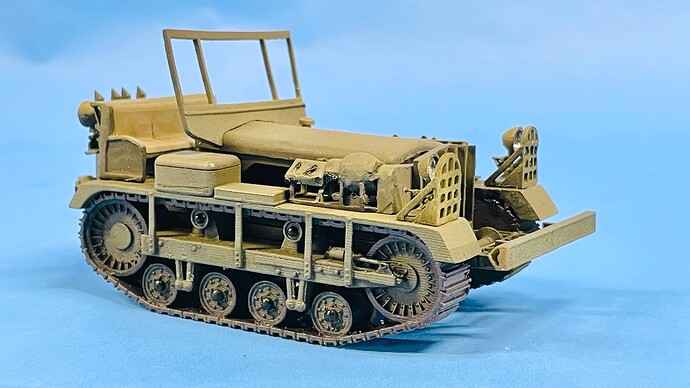 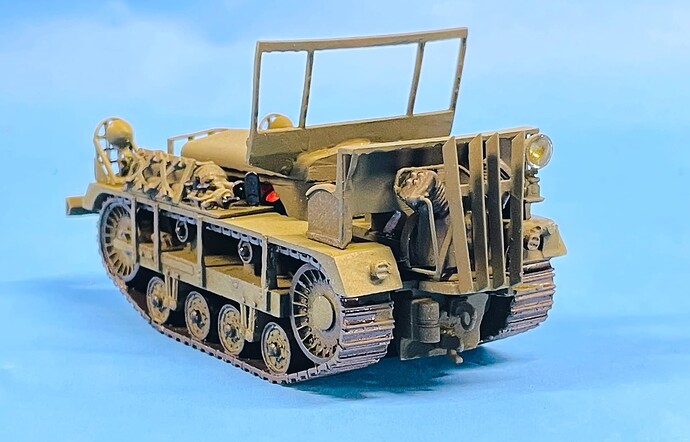 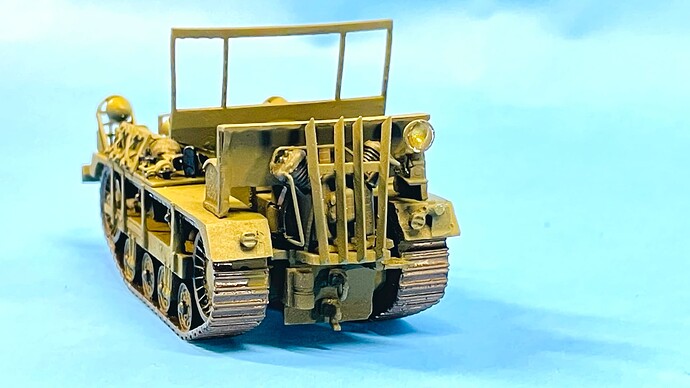 Still have to add some glazing to the windshield.

It’s possible to print an entire model as one piece…. possible, but not practical. The supports needed to capture all the details would be overwhelming and their removal would destroy half the model in the process. Using a different kind of printer that doesn’t require supports would do the job. Laser machines using plastic powder do not need supporting like the liquid LCD Matrix resin machines do. But they are very expensive.

Yours definitely looks better than the one included in the Monogram B-24D.

You got that correct as to your comment regarding Brian and Scale Reproductions in Louisville. Great service from a GREAT Hobby Store !

Too late to help now but the Wright-Pat Museum in Dayton has one on display. 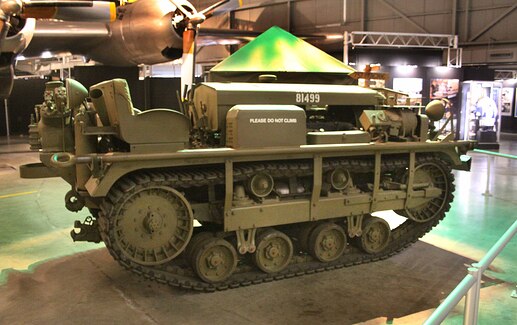 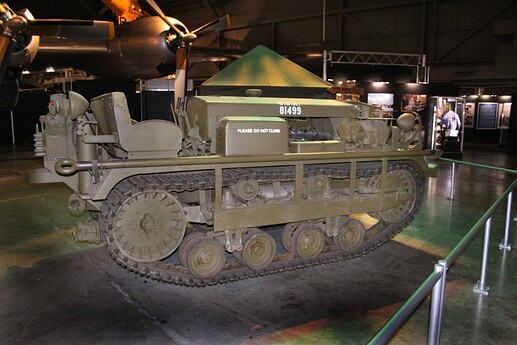 Some later pictures. Got the windshield and fire extinguisher in place and delivered the models to the client. 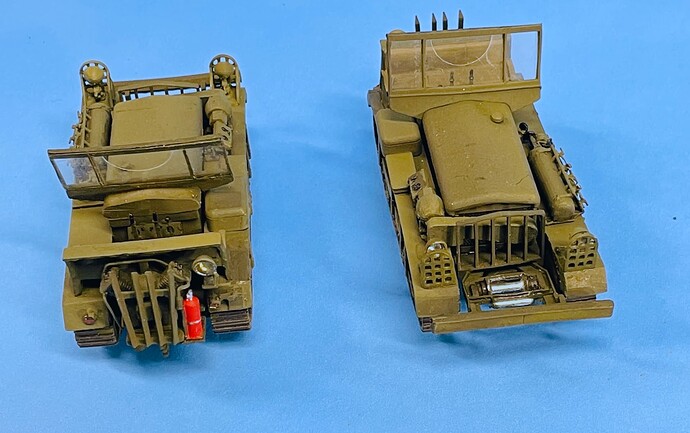 Needs a windshield wiper and motor, but the owner’s going to install that using some PE parts.

It came out looking really nice. Great job on it.

Thank you. Scale Reproductions, Inc. (Louisville) has one on display to see if anyone wants to buy one. I would make it a kit of 3D printed parts with some instructions.

There’s more than one way to skin a cat. SRI wouldn’t sell you a built model anyway. They’ll sell you a kit (yet to be issued by me). Ergo, One thing we could do was for me to sell you the STL file set and assembly instructions. Since it would all be on line, shipping costs would be zero (as would delivery time). You would have to find a local service who could 3D print the parts for you. Depending on your source, they could be printed on a system that doesn’t need any supports and therefore would produce a much cleaner model. We have Shapeways here in the US, and they may have a UK office. The model’s really delicate and I’m not sure a fully assembled one would survive the journey. Send me an eMail and we can discuss. mmarcovitch@gmail.com

That is certainly an option…
I work for a university, and know the techs who look after the 3D printing gear, including the one that is used to print parts up to the size of car dashboards & fenders. (!)
I will enquire if the smaller models have the resolution

Just throwing this out there for those of us who are not yet otherwise blessed with 3D printing capability.

The 1/35th offering in resin from Commander Models in 1/35th: 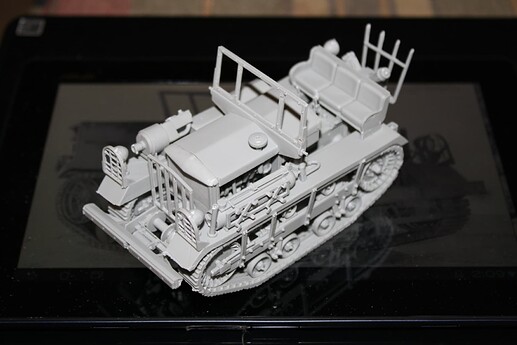 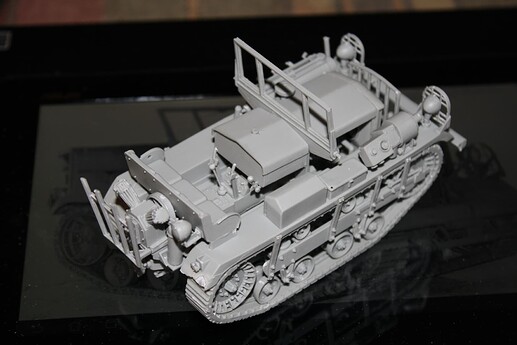 Oh, the possibilities in electronically selling the STL files to someone in Britain and them having it printed there!

(No joking intended here - I am extremely impressed!)

Jon, I’m sure any competent 3D printing lab in a university will have resin printers, especially since they’re costing less than $300 USD. I have prepared an instruction booklet which I can send you on PDF if you would like to take a look at it.