This kit has been out for a few years now, it’s the only decent model kit of an Iconic part of Post War tank development, a great story. I won’t go into it here but take it from me, it’s a fascinating story. 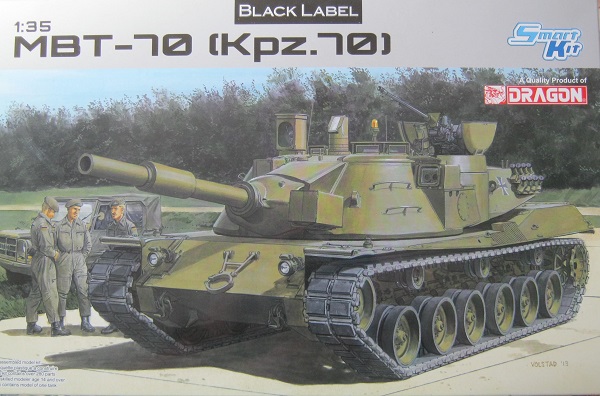 the first kit of this vehicle was a complete tragedy, if you get the chance to own an unmade example, leave it in the box and quietly restore it to the Stash.
![mbt 70 box art|453x480]
(upload://iHmtEBPZ0fFRm30UaXe8SpPLLte.jpeg) 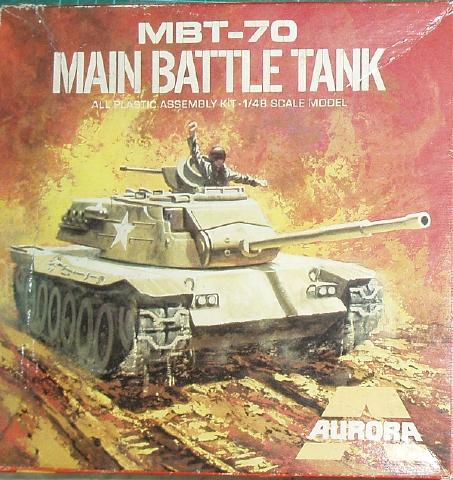 the Black label model is ok, I say that guardedly as it is an empty shell, no interior detail. 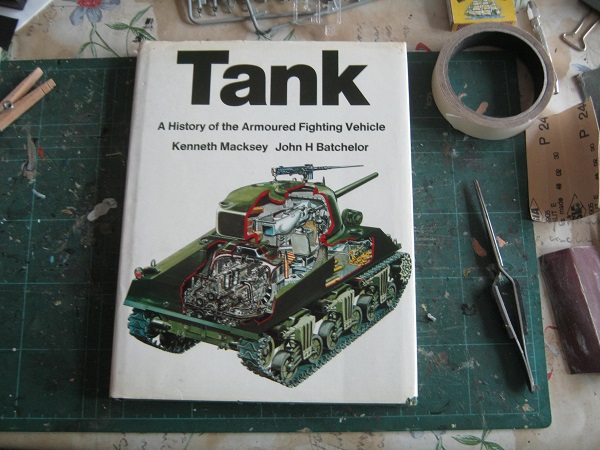 the first I ever heard of the Tank was in this book, briefly mentioned as a thing of the future. 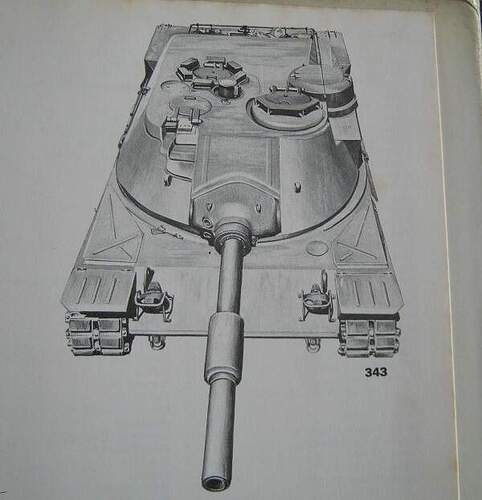 The photo of the model isn’t showing. Is it the old Aurora kit?
Ken.

With such a jump in technical advancement with the MBT70 project, it would be a shame to build this as an empty shell, so I’m going to scratchbuild the interior, there isn’t much out there showing the interior in prestine condition, as it was classified secret at the time. So I’ll use what I have. 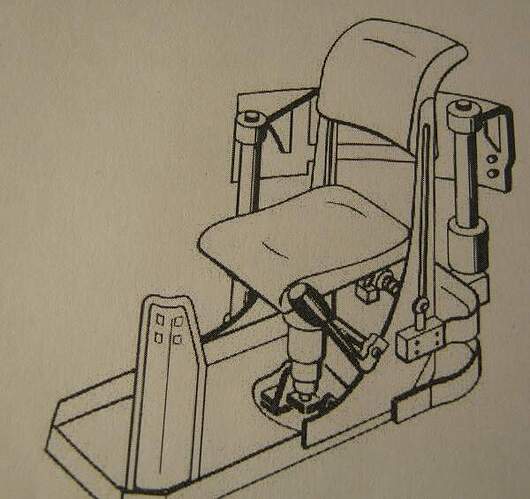 commanders seat drawing600×566 37 KB
the Driver was situated in a contra rotating cupola in the turret. The turret also houses a 30mm auto deploying cannon from a hatch on the turret top. I did say it was advanced, and for 1970, we’re talking Space age. 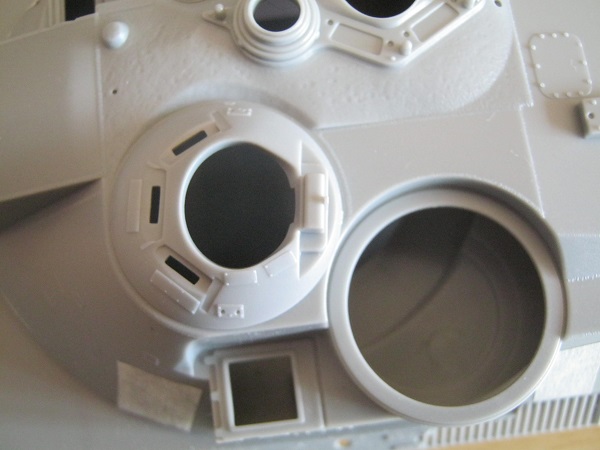 Grouser, I’m pretty keen on this vehicle; you might be interested in the thread somewhere amongst the Cold War bit where I posted my efforts with the Commander Models kit entitled something like “Test to see if I can post a photo - MBT 70” or similar (I’m afraid I don’t quite know how to cross-refer on this site yet).

In any case, I’ll be interested to see what you’re doing with this.

starting with the basics, and it’s an exterior kit, even the vent/intake in the side of the hull needs to be blanked off inside so you can’t just see straight through the tank. 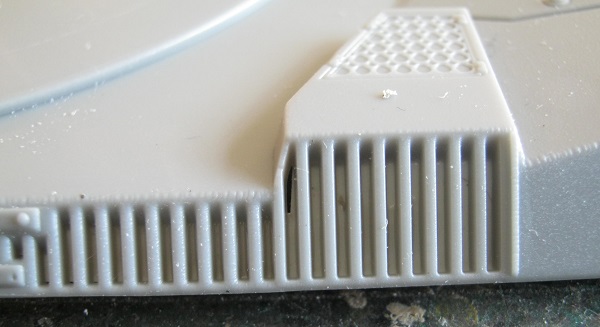 the engine louvres are the same, I’m not detailing the engine compartment so the louvres just needed blanking off

some scrap from the spares box, this at least gives an inky blackness inside the louvres. 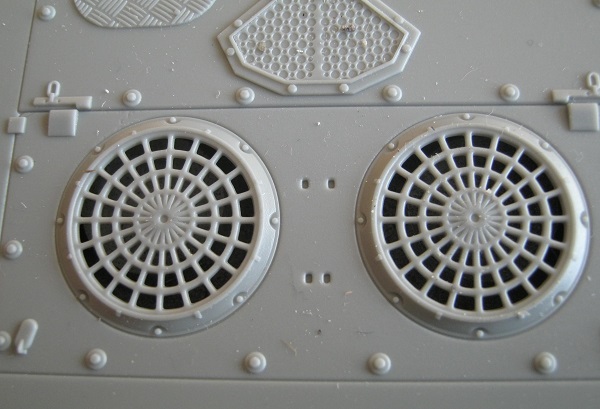 a bit out of sync, but here’s the lid off moment of the kit. 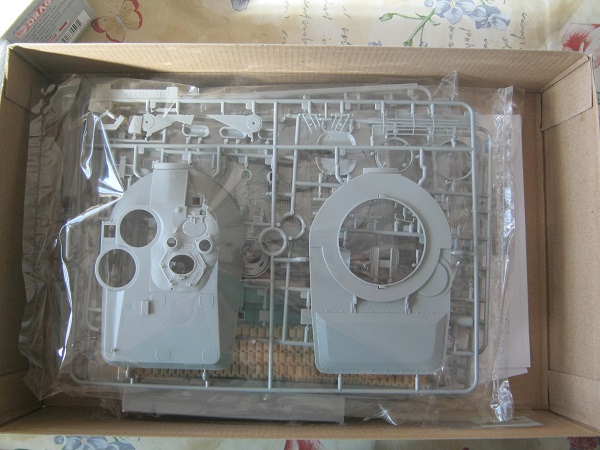 to compartmentalize the turret, I needed to measure twice and cut once. 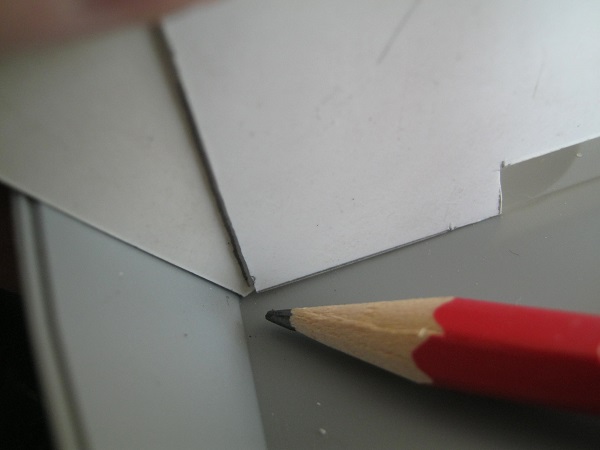 getting the panels in ready to smooth them over with filler to blend them in as welded compartments. 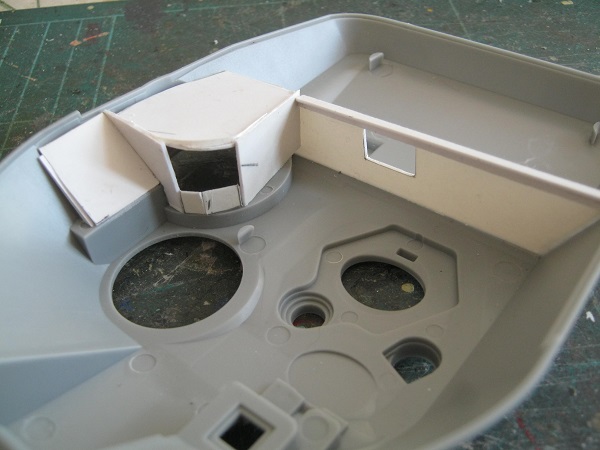 this is the top half of the turret interior, the gap is the access to the auto AA cannon 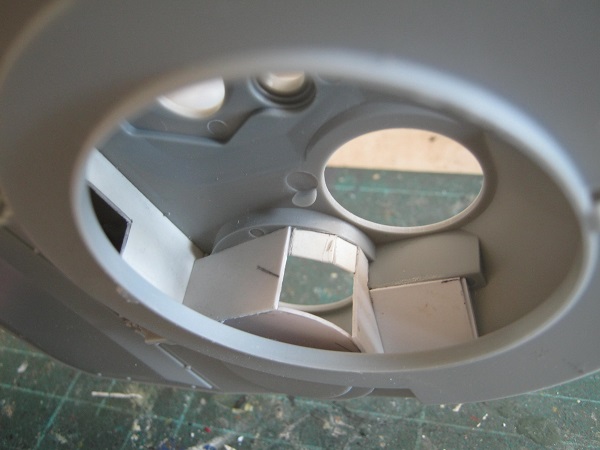 the gearing universal joint for the contra rotating drivers cupola. 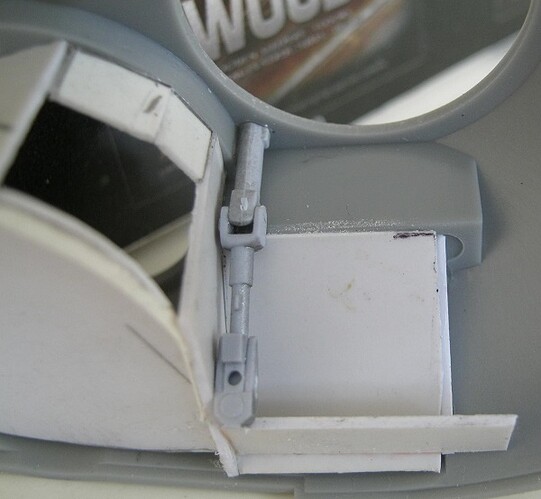 a view down from above into the cannon compartment. 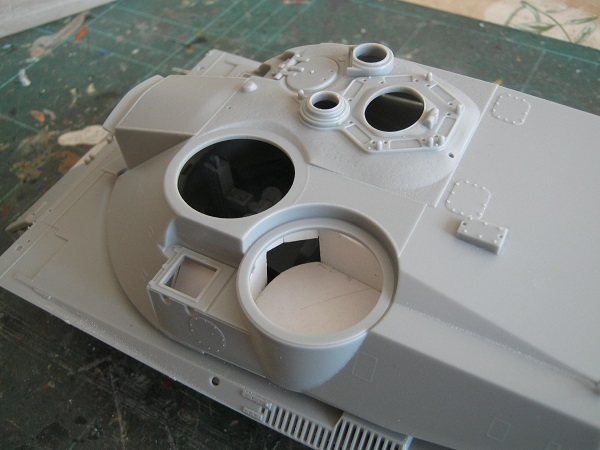 this is a picture of the real compartment 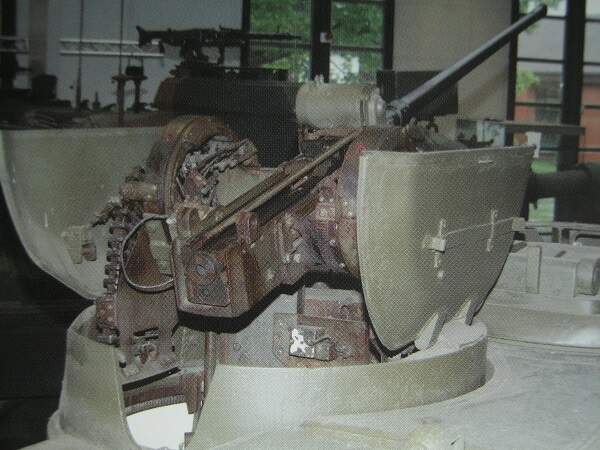 I’m using as much information on the MBT70, but it’s a bit scratchy.
Here is the kit instruction on it. 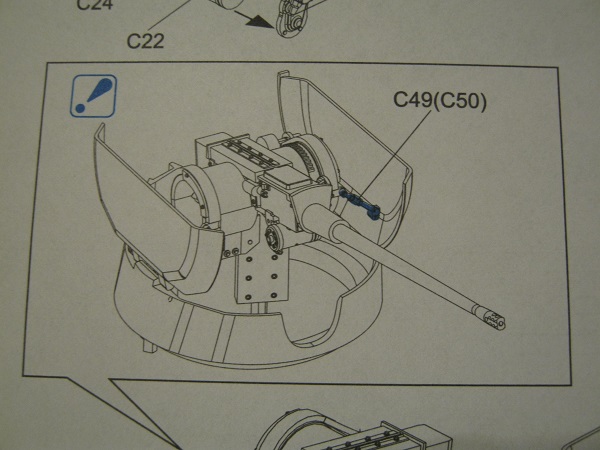 Cheers Ken, I’ve re done it, and yes, great guess, it’s the ancient Aurora one, though Boots DMS mentions another kit of the MBT 70 I was not aware of.

Amazing piece of kit, and an equally amazing story to go with it.

the gun barrel is a little bit, well, naff to be honest, so I invested in an excellent aftermarket replacement, both the auto cannon and the main gun barrel.

aber parts600×1603 82 KB
moving along with the drivers seat, well it’s actually a seat pod that bolts to the contra rotating cupola on the turret roof.Here it is under construction. 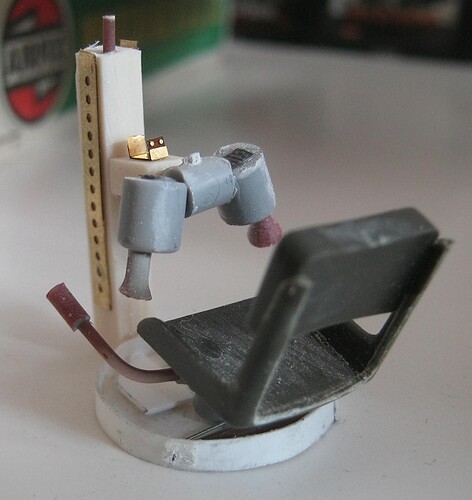 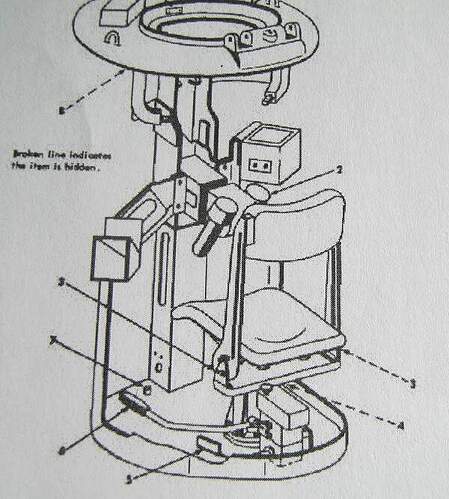 Great stuff - all very useful; I too hope to be able to depict this model with hatches open and detail visible - you’re very kindly doing all the donkey work!

Matt Fliegal some years back on Armourama posted some images he took of the inside of an American MBT70 relic, he’s given me permission to use them, cheers Matt. 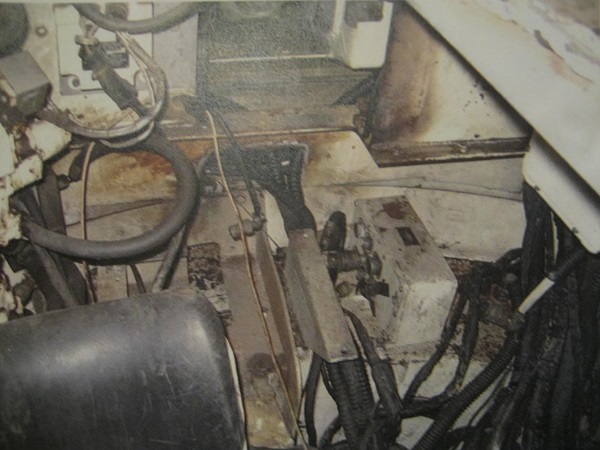 there would be subtle technical differences between the US and German prototypes, and what they are is I’m afraid beyond my powers of reference, the only German one I know of, in the Panzer Museum Munster is closed up.

This one looks to be trashed inside, but just enough details to help me figure it out.

the Commanders pod in creation, a work in progress, so to speak. 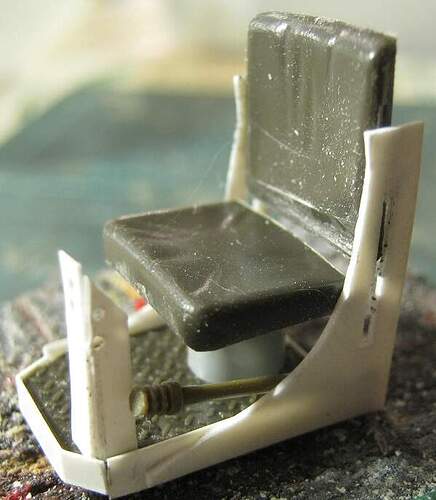 the kit does not provide a fire wall bulkhead between the fighting and engine compartments, so I made one out of plasticard. 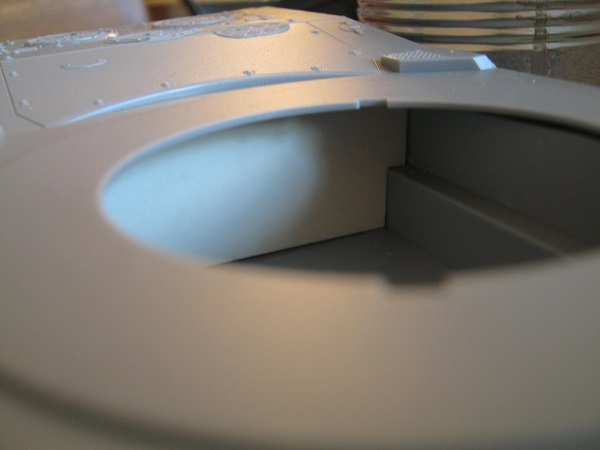 making the turret basket that houses the entire crew, starts with using the kit turret lower used as a former to get the circumference right. 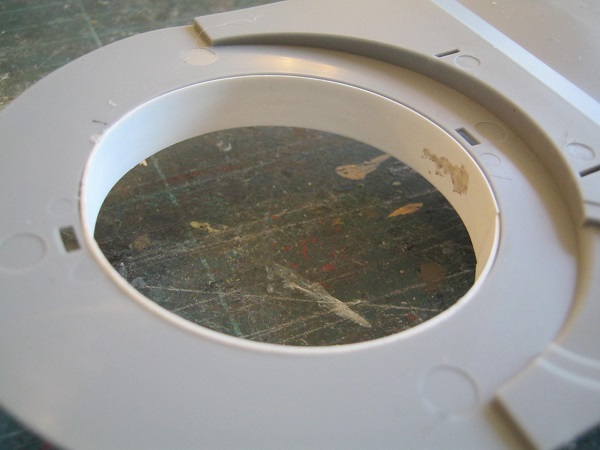 making up the turret basket, the wire caging forms the lower portion, there was no need to access the hull, the crew positions all being in the turret. 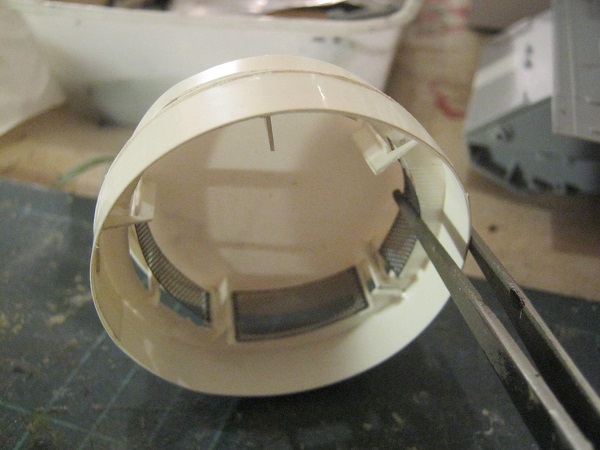 the turret basket and drivers pod 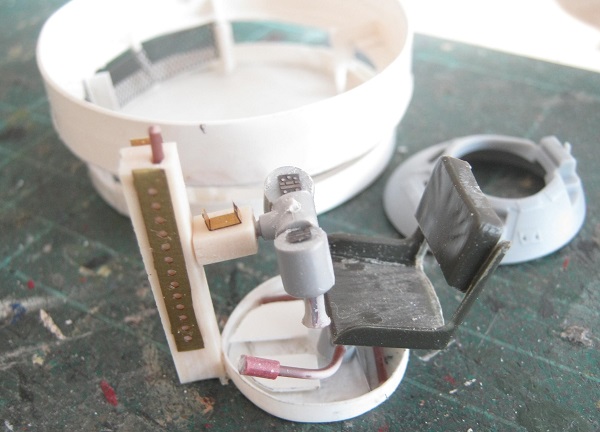 the small view above several posts back, of the real interior shows leg guards for the commander and drivers pods, to stop any unnecessary entanglements. 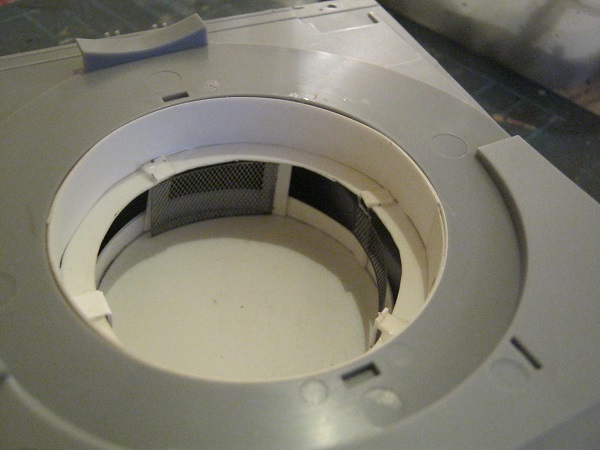 Grouser, this is a very interesting and enjoyable build to watch develop. You are putting in some great internal detailing and it’s looking great considering you have limited reference material to fall back on.
Some Qs about the cannon. Is it 20 or 30mil ? And I would love to know how it was stowed. Was it on a pivot and it went vertical and moved back into the turret. If so it looks very long to be housed like that already set up ? Was it a full automatic deployment for it ? Or part manual as well ? Great work so far…

John, I’ll just jump in here - I’m sure Grouser won’t mind; he’s doing some tremendous stuff which will be very useful, certainly to me but then I’m a selfish ba*tard anyway(!)

The cannon was the same Rheinmetall one as fitted to the Spz Marder; it was 20mm. As I understand it, it was fully automatic and until use was stowed in the turret with the gun barrel traversed aft with a small rest/support on the turret roof. The remainder of the gun was protected by armoured hatches, so when something like a Hind hove into view, or BMPs etc, the hatches all opened automatically, the cannon raised and the targets engaged. I suspect it was a bit of an engineering nightmare and a maintenance challenge, but as we all know, if soldiers are trained on it sufficiently they’ll make the best of it.

I’m not sure about ammo feed, I imagine it was all in a hopper at the bottom of the console; I’m sure Grouser will add something here - and apologies to him for the interruption - but I do so love this vehicle.

Hi Johnny, so many questions, take a look at this informative documentary. This guy tells the story way better than I could.

edit to add, many thanks Boots DMS 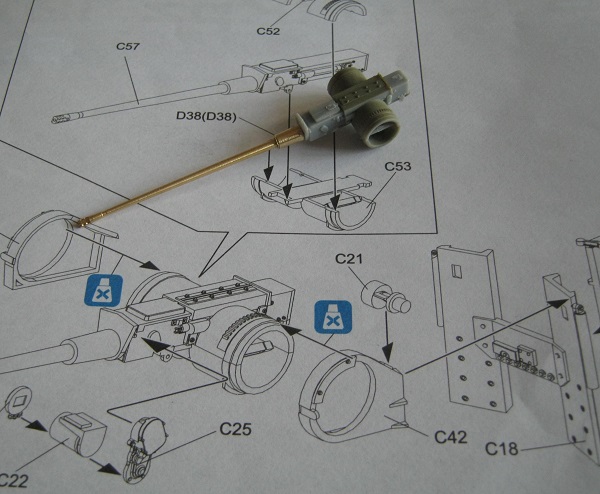 there is no comparison better than placing the kit part and aftermarket part together is there. 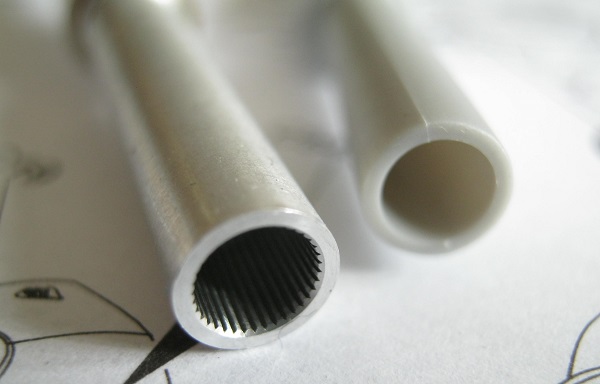