Fun with a time machine

You come across a time machine that is set for 1st Jan 1943 in western Europe. (Probably hidden in your stash). You can’t change that date. The machine will allow you to take one piece of modern military machinery with you. And limited direct support items. What would you take? (Yes I know many items rely on things such as GPS that weren’t available then. But It’'s a game).

I first thought of an Abrams M1A2. But getting across bridges at 70 ton would be an issue. So my pick is an A10 Warthog. I figure out how to use fuel of the time. I took with me a good supply of things that went BANG. Fantasy. But fun.

There was a movie sometime back where a modern US Pacific fleet went through a cloud and they appeared in WW2. F18’s against the Japanese fleet. But in this case you can only take 1 item and not a whole fleet. And limited support items.

He who has the greatest imagination and logic wins!!! 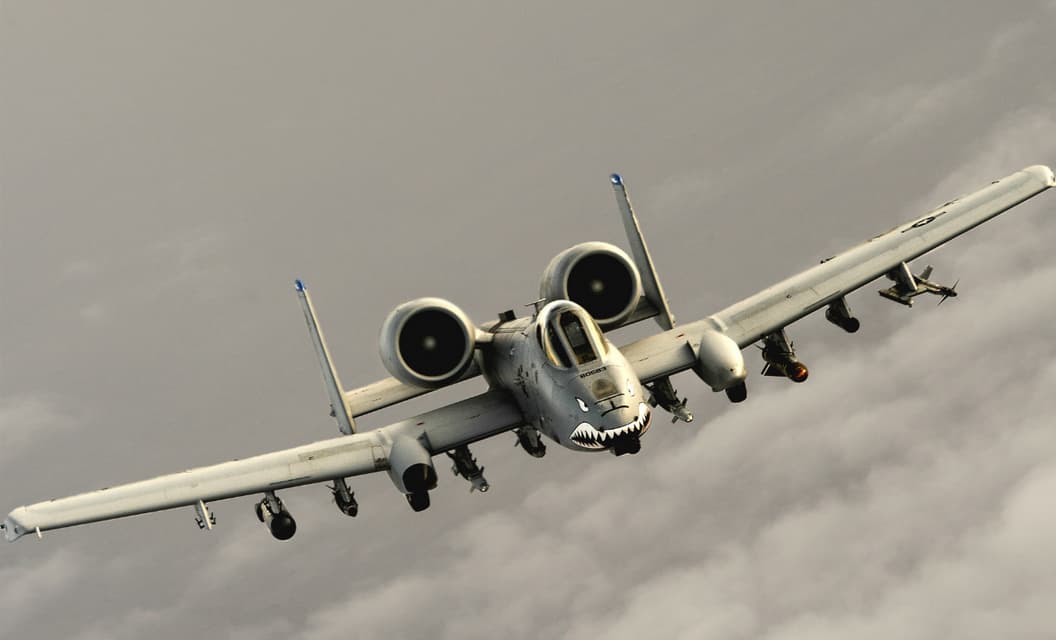 Thanks. I couldn’t recall the name of the movie. Bit of a brain twister but I like the ‘what if’ of these scenarios.

Hang on - you mean an entire carrier task force doesn’t count as ONE item?

I was going with a B-52 kitted up with a full load of ALCMs, but then I forgot about GPS…

Your A-10 does seem to be the best bang for buck at this point, but the implication I’m going to appear “somewhere in Western Europe” rather than say RAF Boscombe Down means I think we’re looking at something that will help get my ass out of dodge and doesn’t need satellites.

I think a team of high speed, low drag types suitably armed and equipped with transportation. Maybe a couple of those fun looking SOF Hilux.

Dr. Stangelove all the way

No. No nukes. Too much collateral damage.

I choose the A10 because the pilot was ‘in charge’. Less reliant on technology. Can you image an A10 messing with a column of panzers?

I would take a Leopard 2A6M CAN. Basically unkillable, even by a panzerfaust when it has its slat armour. Could destroy any German tank from basically any distance, it’s fast enough to do recon and it has the optics to match. But I’d make sure to take a wading kit, because those bridges might be a bit weak… 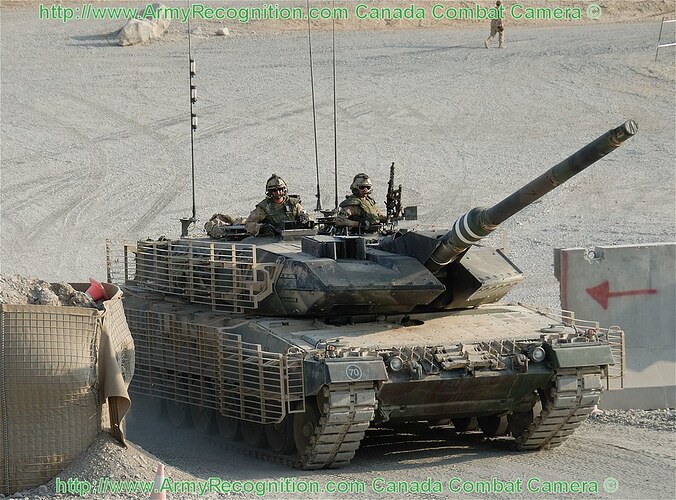 Give those big cats a taste of maple syrup.

No. No nukes. Too much collateral damage.

Really? WWII strategic bombing was 98% collateral damage. A few well placed nukes could likely have decaptiated the German high command and political leadership and probably hastened an end to the war.

But ya know what would be fun to have in WWII ? An 80’s refit Iowa class battleship. The guns would still have ammo being made and the initial version TLAMs used into the early 90’s would have been guided by internal terrain association maps and onboard radar, not GPS.

Considering the specified date of 1st January 1943, the best German generals were already gradually being fired by then. Von Paulus had just been forbidden by Hitler from making a tactical withdrawal from Stalingrad. In 6 months time the Fuhrer (by now C-in-C) will have botched the hopeless offensive at Kursk. Churchill canned any plans to assassinate Hitler by 1944 because he might have been succeeded by someone with actual military nous.

I’d take the biggest & best available computer capable of decrypting German & Japanese coded messages instantly in real time. Although British & American codebreakers were decrypting ever faster, if the few days (or more) delay in transcription (and then counter-action) in early 1943 could have been eliminated from then onwards, the war would surely have been considerably shortened with the weapons the Allies already possessed, because they would have been deployed to maximum peak efficiency.

Wow guys. Take an A10 back for what? No way to service it, no way to get computer chips for armament and keep it flying, it is basically a fast dumb bomb platform delivering little more payload than a regular bomber.

If you wanted to end the war fast, you should take one of these. You would only need it for 5 minutes. 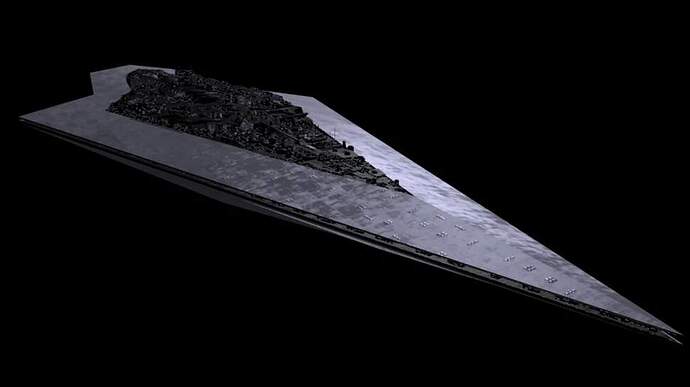 If you like a good what if, with a time travel twist, read John Birmingham’s World War 2.X series 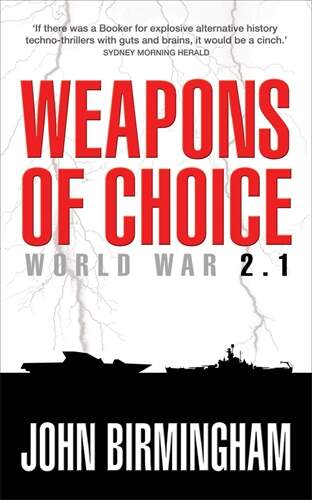 Rebuilding a flattened city WITHOUT radioactive contamination is a lot
easier than rebuilding and reusing a contaminated site.

And Robin’s right about decontamination, which reminds me about the A10, leave out the DU rounds.

I would bring a complete set of after battle action reports.
Knowing the results in advance makes it easier to make the right choices now,
especially if knowing the results gives me the option of choosing another method
or at least avoid some dumb (seen in hindsight) mistakes.

This brings us to alternative history:

Would aspiring time machine inventors get locked up in the looney bin if society knew how much harm they could cause?

Robin, checkmate. Would it have happened if Hitler wasn’t born?

Oohhh, that’s the tricky one

Many Germans were angry about how they were treated after they had surrendered in WW I
so another “Hitler” might possibly have come to power. Maybe the other “Hitler” would have
stayed within the German borders and rebuilt Germany economically instead of dreaming about
grand schemes and lebensraum.
On the other hand, if Adolf had been admitted into that art school he was laughed out of he might have lived out his life as a mediocre to average artist scratching a living by selling some paintings and working extra as a mailman. Possibly living happily ever after with a gay lover …

The Marshall Plan (officially the European Recovery Program, ERP) was an American initiative enacted in 1948 to provide foreign aid to Western Europe. The United States transferred over $13 billion (equivalent of about $114 billion[A] in 2020[B]) in economic recovery programs to Western European economies after the end of World War II. Replacing an earlier proposal for a Morgenthau Plan, it operated for four years beginning on April 3, 1948. The goals of the United States were to rebuild war-t Th...

The Morgenthau Plan was a proposal to eliminate Germany's ability to wage war following World War II by eliminating its arms industry and removing or destroying other key industries basic to military strength. This included the removal or destruction of all industrial plants and equipment in the Ruhr. It was first proposed by United States Secretary of the Treasury Henry Morgenthau Jr. in a 1944 memorandum entitled Suggested Post-Surrender Program for Germany. While the Morgenthau Plan had som...

We can all thank the Marshall Plan for BMW’s, Mercedes and AUDI

even if West Germany only received 12% of the total funds in the Marshall Plan,
Britain received 50% but they hadn’t paid off the Lend-Lease bill until 2006 …
Germany needed to rebuild almost everything so maybe it is an advantage to get a fresh start, compare with the US Navy after Pearl Harbor.

Modern detection system to pick up air and sea movements by the enemy.

As much as I love me an A-10, you only get ten Maverick missiles. With no ability to rearm, you’re out of Schlitz pretty quickly, even with the GAU-8. I’m thinking a Ticonderoga class Cruiser with a cruise missile in each of it’s 122 tubes.