Group Build Description: [The Hangar Queen was usually a plane that was relegated to being stripped down for parts, or rebuilt to fly again. This campaign is for all those planes that didn’t make it over the finish line, or that sit upon the “shelf of doom”. The goal being to complete these builds and give them the recognition they deserve. Any scale, any subject as long is it flies!]

Completion Award: [I’m not too good in this area, though I’m sure one of us can use the past type of award with XII in it.]

I’m in, plenty of candidates. Maybe the F8F will get finished THIS year,

Good call Mark! Been waiting a while to see that one done!

I was digging around in a Ki-84 kit today and discovered the canopy for the Ki-61 that I did some work on last year, so perhaps I’ll start with getting that one over the line, though I think it’s a cursed kit.

Can I come in on this? I had started a Revell Ventura PV-1 early 2020, but it sat on my bench since 19th March that year. I work for a company that manufactures respiratory equipment and Covid just blew all my free time and desire right out the window! Anyway, I picked up again just before Christmas and have almost completed it, just some minor finishing touches to go. Pics can follow! Cheers, Pete

Hey Peter,
Of course! You’ll find that things are pretty loose regarding entrants. The main goal is to get them done! Welcome back!

Thanks John, this is pretty much how she sat on my bench all that time! 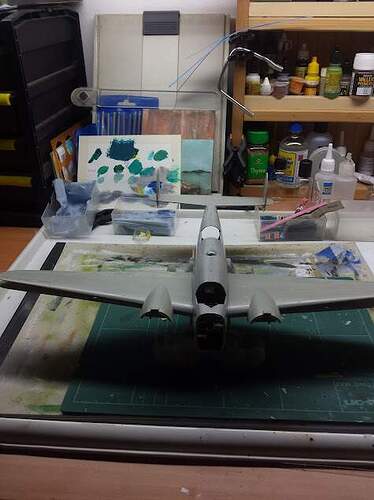 @PeteDoc - Welcome and it looks great so far! 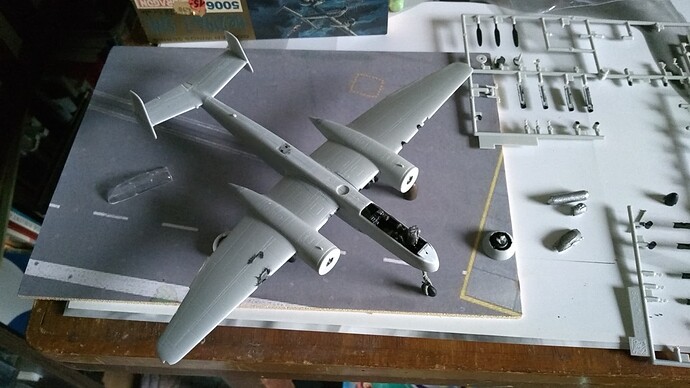 Hi mates,
here’s my most probable candidate! Sitting there since August 2021, stalled because of problems where to put the ballast to avoid it being a tailsitter. So I should put this campaign to good use finishing it…

Welcome onboard, Pete. Looks to be a super nice build with cool markings.

I will probably take the chance to finish an old 1/48 “Luftwaffe 1946” Horten type bomber with Fallschirmsjager in the bomb bay(!) Something out of the ordinary - very weird WWII 1946 style stuff. It will be a good excuse to play with color scheme and markings.

Jesper, that is an interesting choice!

I was going through what to do, when I ran across a new product for me at least. Mr. Paint Remover. After a trial I’ve decided to resurrect the Tamiya P-47D from my “Proof of Concept” build back in 2017.

So, I was going through my Queens, and as I said I’ll be reworking my “Proof of concept” builds. These started out during a P-47 group build in 2016. For that build I finished the Monogram P-47D razorback as Shillings first of several “Hairless Joe”, in this case a P-47D-5-RE. 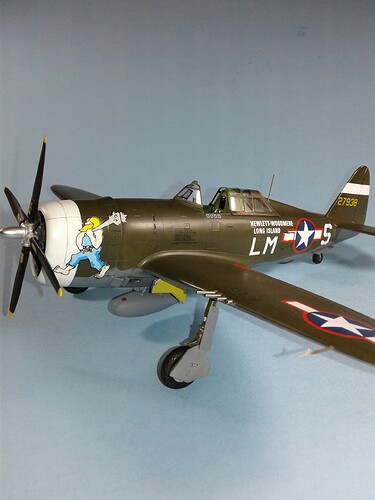 While I was pleased with it, in order to get it to its completion, there was a lot of things that went in to it. Namely, two other builds. Monogram’s P-47D bubbletop, and as a control Tamiya’s P-47D bubbletop. The purpose was to test out the techniques of adding resin cockpit and engine to the Monogram kit, and use the Tamiya as a reference. Things went pretty well until I went to give them a clear coat. 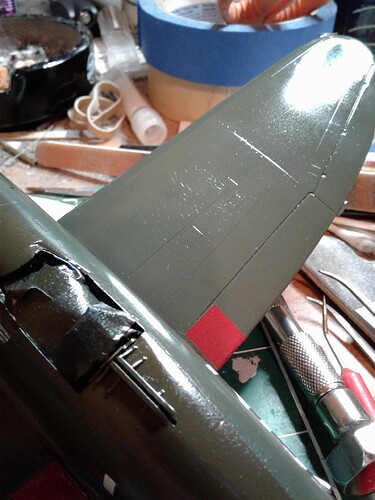 For some reason, the clear coat on both models shattered much like thin ice when stepped on. All attempts to salvage it were unsuccessful. So they sat, and being too frugal to toss them, they made the 10,000 mile journey when I moved to Malaysia. Here they sat some more. Having used the “green stuff” from Home Depot to remove paint in the past, along with brake fluid, and also oven cleaner, I was not thrilled with the thought of removing the paint using these methods as they would also ruin the cockpits.

So, I tried my hand using various IPA mixes (99%, 70%, 30%), with mixed results. The original paint was Tamiya paints with Mr. Leveler thinner, thus turning the paint into a lacquer based paint. Results were mixed. 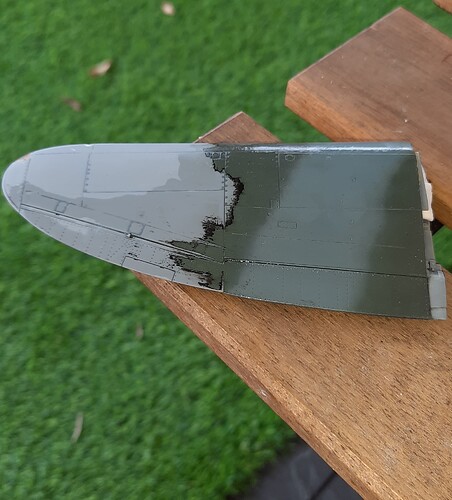 So, on again off again. It wasn’t going too well and back into the box they went. Then quite unexpectedly at the local hobby shop, which is really a Gundam model shop that happens to carry Mr. Color paints, I made a discovery! Mr. Paint Remover.

Here’s the Tamiya P-47 before beginning this adventure.

Unfortunately, I have to upload the next set of photos off the phone to the computer, but an update is soon to follow. So, here’s a question. How does one go about writing a review on this site? I’ve seen them, and even followed the links but they are geared toward manufacturers and the ones I have read have been done by editors. Any help here would be appreciated, I’m sure that I’m missing something somewhere.

I have a couple (dozen

) I would like to join with. Currently sitting with landing gear drying is my incomplete for the Steffen Arndt Memorial: Frank 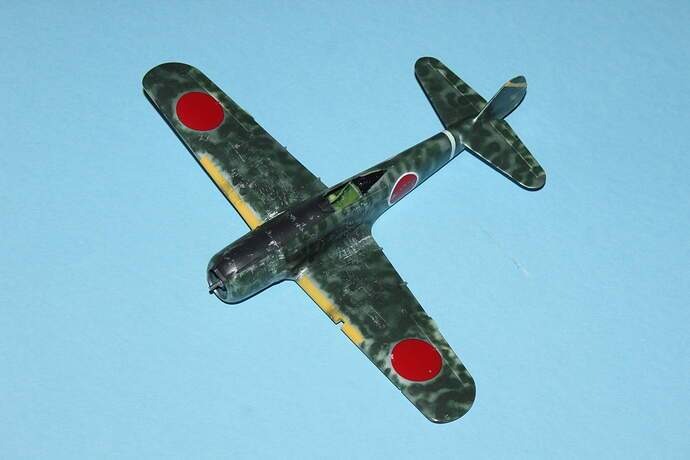 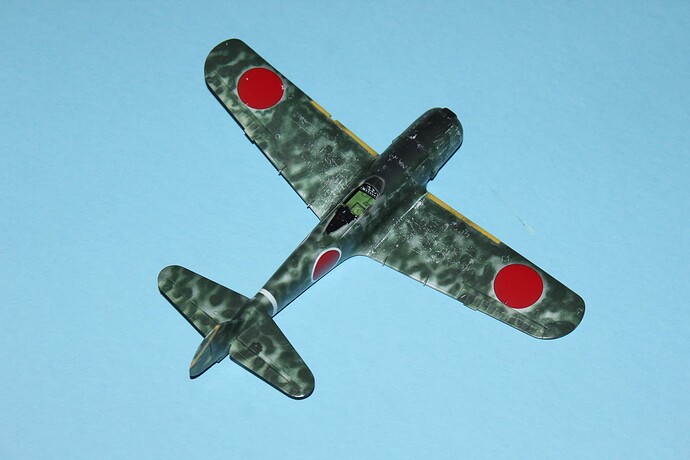 …any subject as long is it flies!

Does that include a V2?

Looking forward to seeing your projects!

Hey Fred,
Bring em on! If it flew or was supposed to, it’s in. We’ve had all kinds, from sci-fi, what ifs, etc. A V2 would be pretty cool!

Calling this finished. Lots of faults, but I’m reasonably happy considering how long it sat on the bench whilst I built nothing for almost 2 years. Looks much cleaner than it actually is - I thought I had weathered too much lol! But a nice enough kit, enjoyed eventually building it. I didn’t flatten the tyres, and I know there should be a couple more antennae wires, but i was at the stage of breaking more bits off than advancing so I decided to call it quits. Thanks for letting me join the campaign! 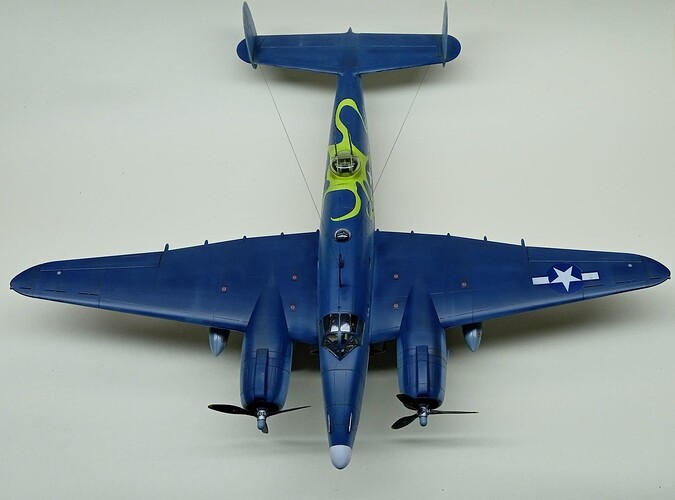 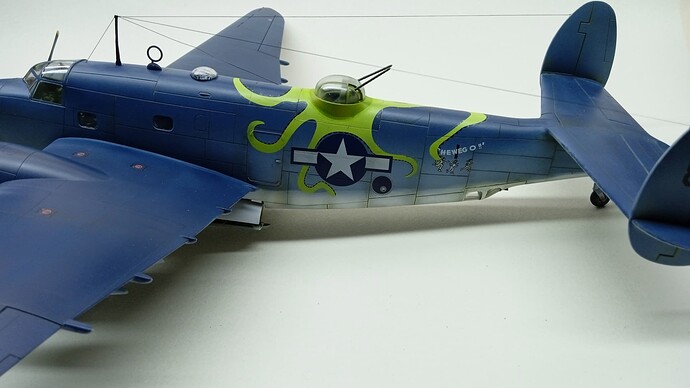 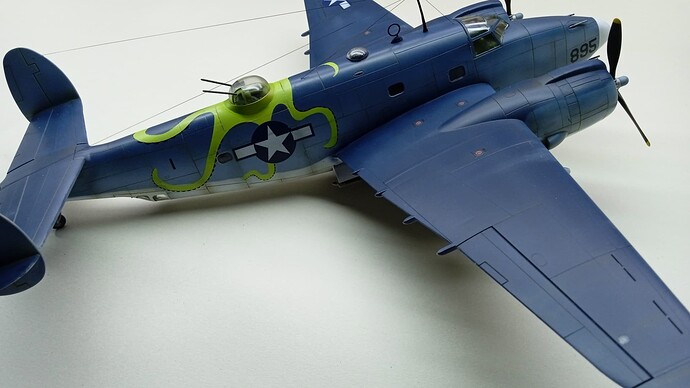 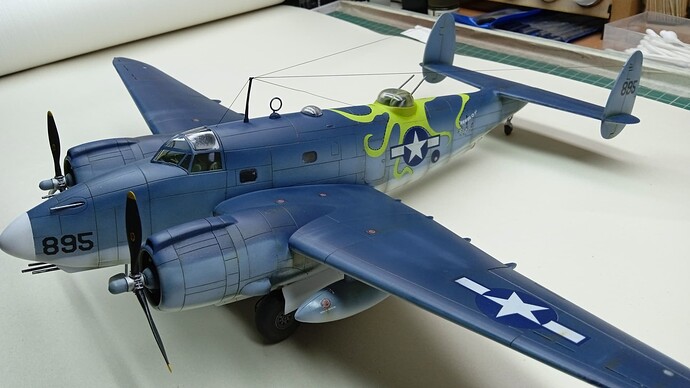 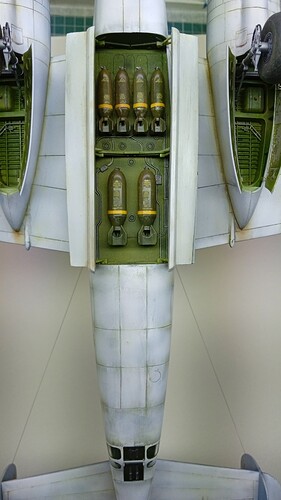 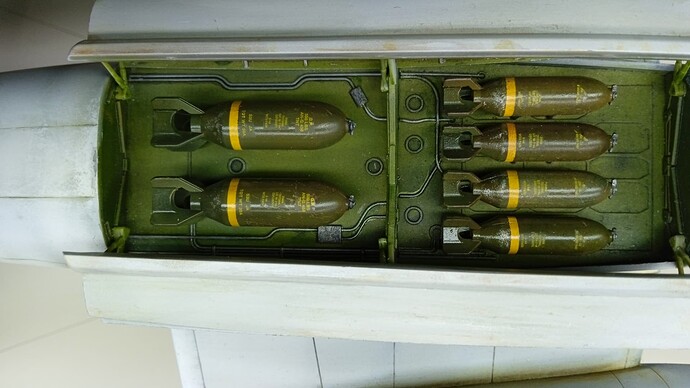 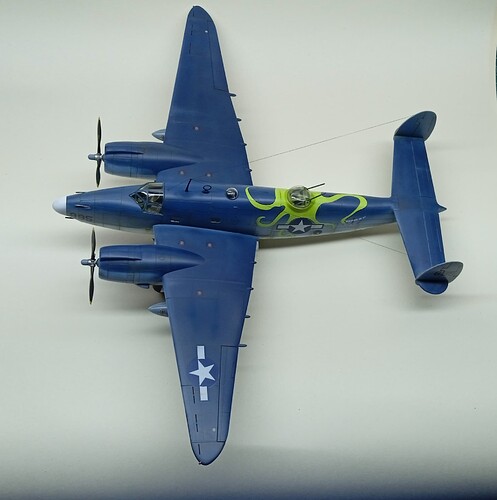 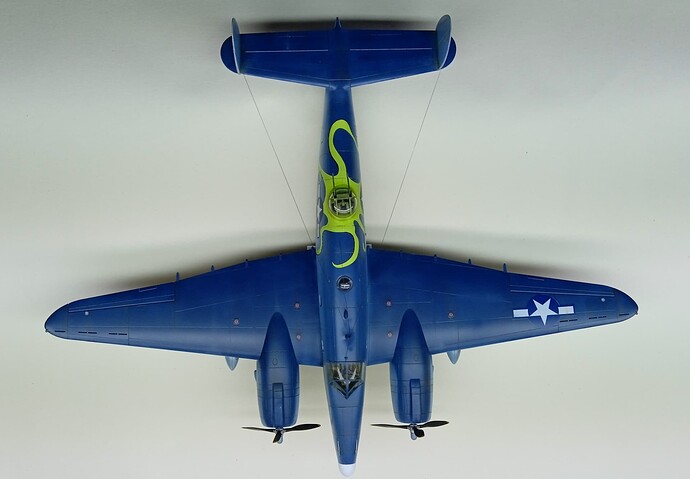 Whatever faults there may be Pete, she looks great on camera. I especially dig the octopus!

She looks very nice to me, too! Especially like the bomb bay with its payload, excellent. Great job, also with painting.

BTW, I’m back in business in earnest for this campaign after I solved the tailsitter-problem of my Heinkel 219. Today I took all my concentration (a hammer and pliers for the lead weights helped, too…) and finally got the ballast stowed in the right places until the nose wheel stayed on the ground 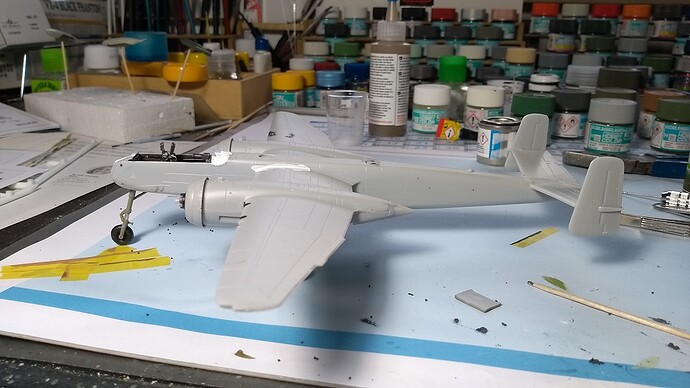 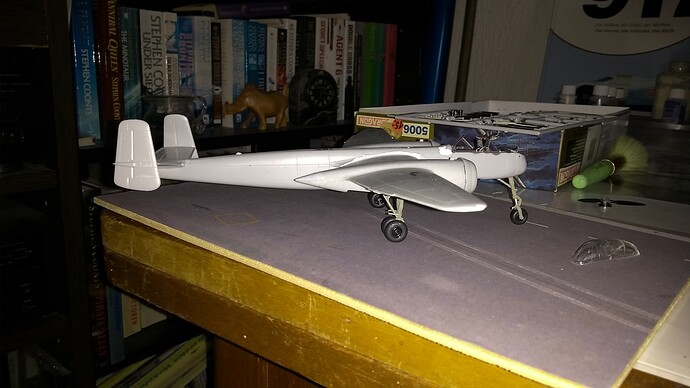