Group Build Description: Helicopter Campaign Build, any scale, any subject and any era, partially started kits welcomed, Osprey’s or aircraft of that type are wannabe helicopters and DO NOT count

Completion Award: A medal will be given to those completing the campaign

Verry Interesting. However, I’m already heavily booked already and I assume partially started means before the fuselage is closed.

Should you add a Going, Interested or Not for me box?

yeah, i need to figure that part out

Poor Osprey’s not feeling any love.

I am on board, not sure which helo at this point.

Could be up for it, I was eagerly awaiting the promised UH-1’s from Kitty hawk for the last one and was pi@@ed when they folded. I do have a partially built UH-1C but it depends on how partially built is decided. Other than that I have a couple offAH-1G’s from ICM & Special hobby I could dive in with. Just have to clear some other builds first though…

My Kiowa Warrior is ready to be built !

would an Airwolf count?

I’ve been going through all of my old builds over the past few day and just realized that I haven’t built a chopper in over 10 years… it’s time to fix that!

Now would an Afghan version of Airmoblie be allowed??

I still have Italeri’s MH-53E (1:72) lingering on my shelf for years now…
Will be great to bring it out in the open!

The going button will appears soon, according Klaus. The beginning of the campaign will be at the end of march so no urgency to suscribe.

i have no idea what that is, so I’d need some visual evidence to confirm it’s some kind of helicopter with pilots, rotorblades etc.

Never built a helo! Might be a good reason too. I’ll either be in with Hasegawa Apache Longbow in 1/48 or possibly this picture from Operation Mount Hope III if I can find appropriate kits in small enough scale It is a Mil Mi 17 body mated to a Gaz 66 truck frame, it has obviously no rotors or pilots, and no cockpit per day…
Thanks
Mike

If feeling real froggy both exist in 1/35, just saying.

i had thought about the OOP Italeri ACH-47A gunship used in Vietnam but i missed out on one on ebay.

Do you count autogyros in as helicopters? 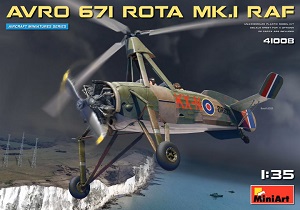