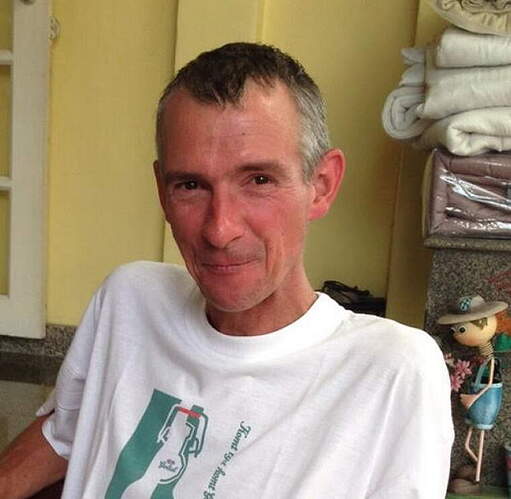 I’m very sad to announce that Robert Jan Scholte Van Mast (“Speedy J”) passed away last month in Bangkok aged 52 after a short illness. With his brother Luc’s assistance and consent I’m posting this tribute. RJ joined Armorama in 2013 and became well known for his armour and railroad/rolling stock projects, exceptional skills, meticulous research and expansive knowledge. He also produced some quality planes and cars, and many will remember his enthusiastic and supportive comments about others’ output. Here’s just a few samples of his work and some links to his Armorama projects. If others wish to post additional links please feel free to add them below: 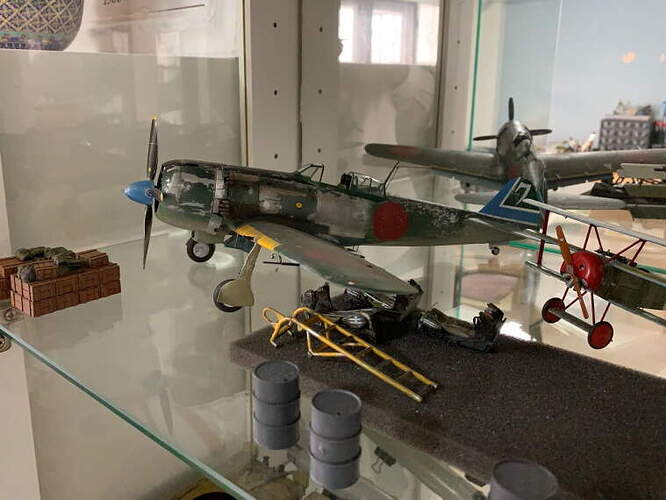 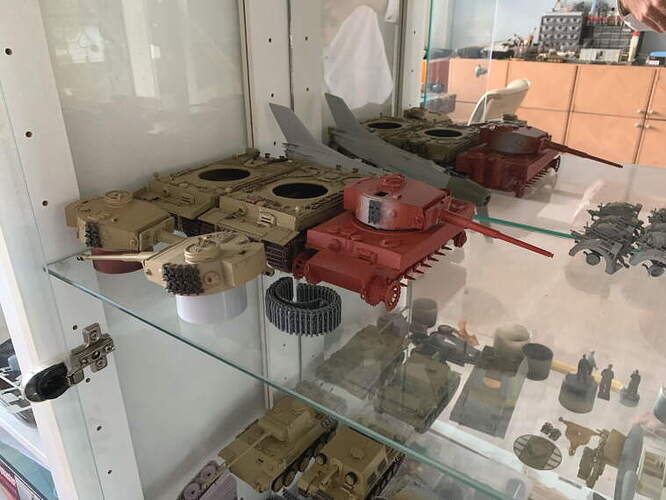 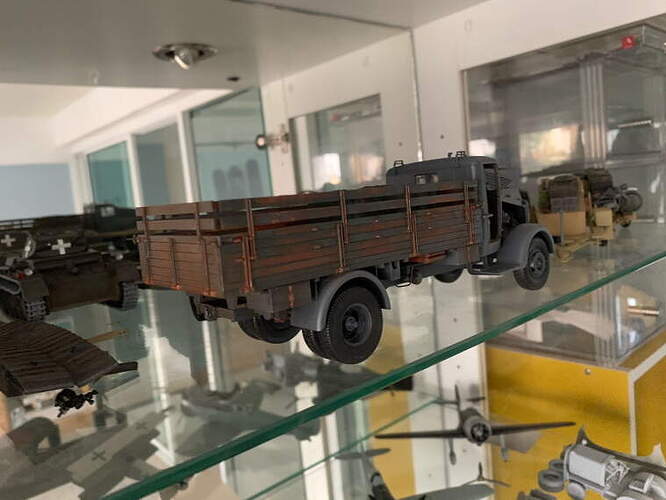 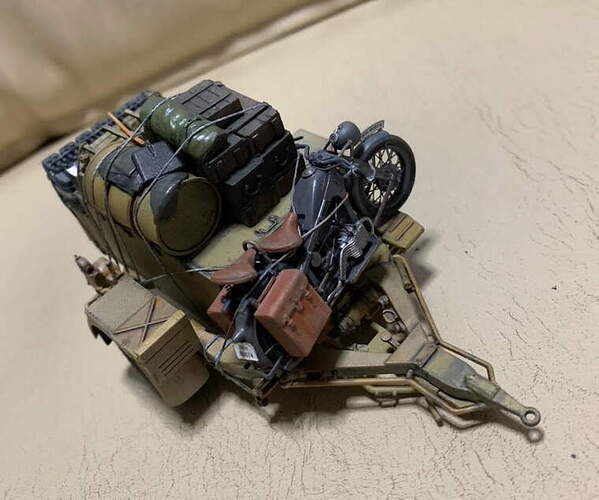 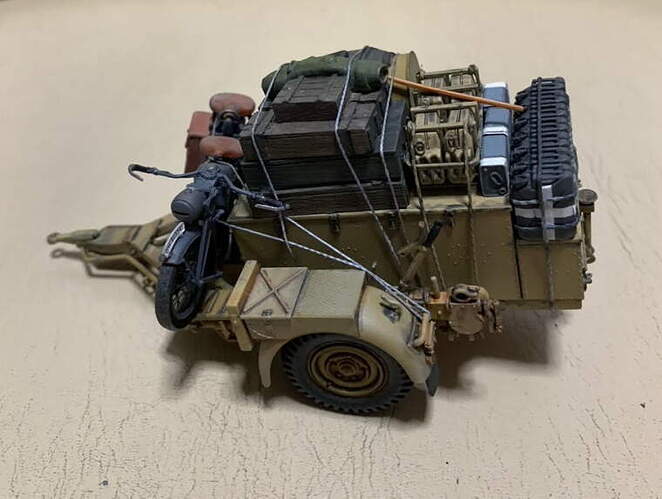 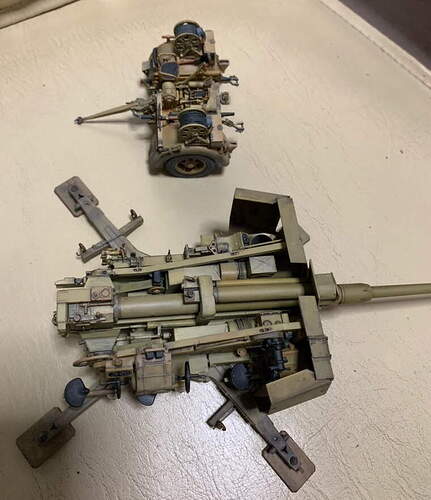 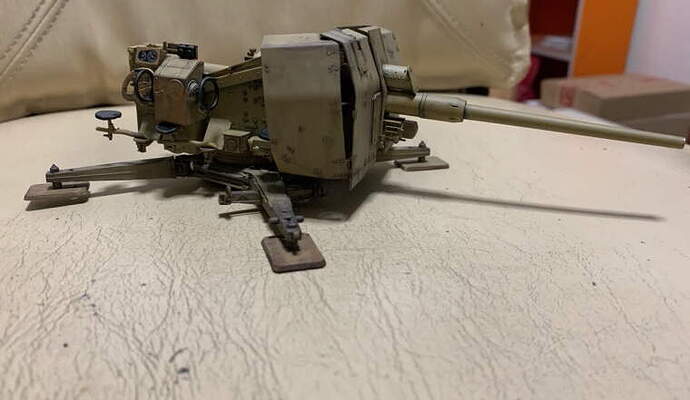 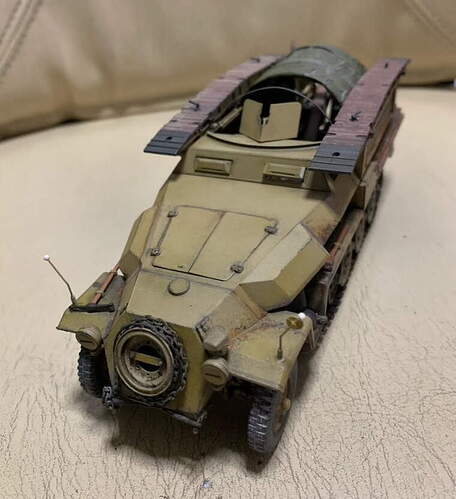 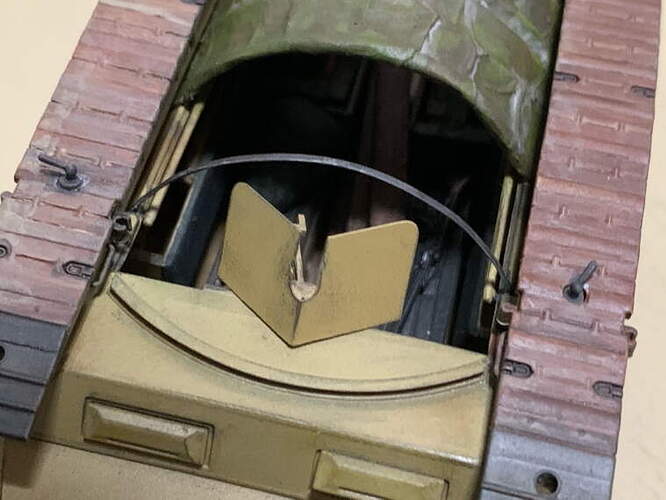 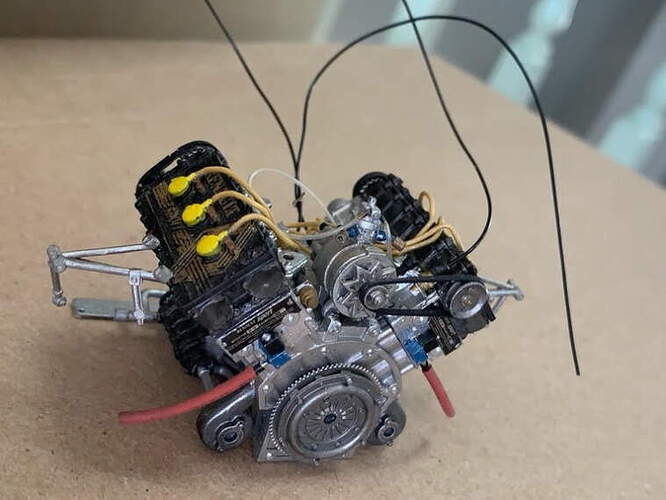 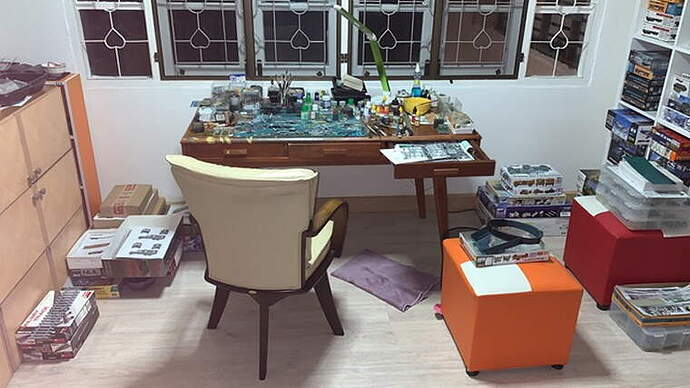 Farewell my friend and thank you.

(Although this is not the time, some members may be interested in the contents of RJ’s stash. Luc will be considering his options regarding disposal in the new year, so when he’s made his decision I’ll report back here)

Oh man… that is very sad news. My most sincere condolences go out to Robert’s family. I’ve enjoyed and admired Robert’s modeling skills since I can remember joining KitMaker, he will truly be missed.

I always enjoyed seeing his work. I will miss him. Thoughts and prayers to his family.

My name is Luc, Robert Jan’s younger brother. I thought it best to create an account and reply here for any questions or comments that other members might have.

First off, many thanks to Tim for making the effort to create this tribute to Robert. Over the past 2 weeks, we’ve had daily email exchanges and the talks we had on Robert, his projects, model-crafting in general, has sure helped me a lot in the process of moving on…

Robert has been living with me in Thailand since 2014. After his job in the Netherlands was being made redundant, I asked him if he was interested in taking up a job in my company here, and it took him less than a second to answer yes to that question.
In his job as Security and ISO manager, he displayed the same meticulous detail to his work as he did to his hobby. Over the last year though, he started getting problems with his health, and after initially being very lucky to get through over his problems, unfortunately his problems started again in October this year.
When his pain became unbearable on Sunday 1st November, he finally asked us to get him to a hospital, and initially, he responded very well and was due to be released on Wednesday 4th of November. However, his body suddenly started giving up on Tuesday night, and on Wednesday night, already in coma, we had to let him go.

Robert was given a beautiful farewell in the country he came to love as his new home, Thailand.
In a local temple that he visited occasionally with a good friend for a fair or long-boat races. With many of his friends, colleagues and my wife’s family attending, we sent him off on his next and final journey.

If anyone is interested, one of my good friends made a very nice movie of the last day of the funeral ceremony. In Thai tradition, his funeral was a 4 day event, with 3 days of prayers, and the actual funeral on day 4.
Due to Covid19, it was very unfortunate of course that our family in the Netherlands could not attend, but we managed to setup a video link for them to see what was happening.

As Tim has already mentioned, in due course, I will start looking at what to do with Robert’s model-crafting ‘legacy’. That will take quite some time, as his house will remain as it is for now, until my family is able to travel again and come and visit. This could be 6 months… or a year. I don’t know.

For now, I’ll sure check in regular to check if there’s any questions, any replies and respond as much as possible. Thanks in advance for reading, and also, thanks to you all who have over the years shared and supported his hobby. Robert talked a lot about his hobby, endlessly giving details about how a screw or bolt had changed on one of his projects…lol… But he also talked highly of many of you here on Kitmaker/Armorama. He loved having the in-depth discussions and resources available here.

Sorry for your loss.

It’s been a rough time, putting closure to it is not easy, but with beautiful tributes like Tim has done here, and in many other ways by friends, family back home, it makes everything a whole lot easier.
Stay safe and healthy,

Luc, so sorry for your loss. My condolences to you and the rest of Roberts family and friends. He will be missed.

My condolences to you and the family.

Robert Jan was a dear modelling buddy of mine and I miss him a lot.

Indeed, Robert will be greatly missed by many of us here. His skills were very respected; he was a source of inspiration for many of us. Rest in Peace. Our thoughts go out to you and Robert’s family Luc.

Such sad news, I am sincerely sorry for your loss Luc . You and your family, and all of Roberts friends have my heartfelt condolences.
I always admired Robert’s work and he was one of the first to offer praise, feedback and honest advice.
He will be missed by the Kitmaker community as he is by his family.

Luc, along with everyone else I am very sorry for your loss and Speedy’s passing.
He will be missed.
John

Just to show how versatile RJ really was…

His armor work was good and his automotive works seem even better.

He was a gifted individual across all levels and genres.

Luc, I’m sorry for your loss - I think we’ll all miss Robert here at Kitmaker. My thoughts are with you and your family.

Once more, thanks to you all for the messages of support. Can’t say enough that it really helps!

As Tim already has shown, his skills where not only on the WWII side of things. Before that, he did lots of other things. In the period before 2013 when he joined Armorama, his main focus was on cars and trains, but with most of the time spent on the diorama around it.

One of my all-time favorites is still “Sleeping Beauty”. It’s a diorama built around an abandoned DS19, somewhere in France. The forum is in Dutch language, and it’s really too bad for many of you (though google translate might help), but it’s absolutely worth reading because he is telling a whole story around it… very funny read…

And a couple of screenshots of the diorama…
Everything is scratch built except for the DS itself! 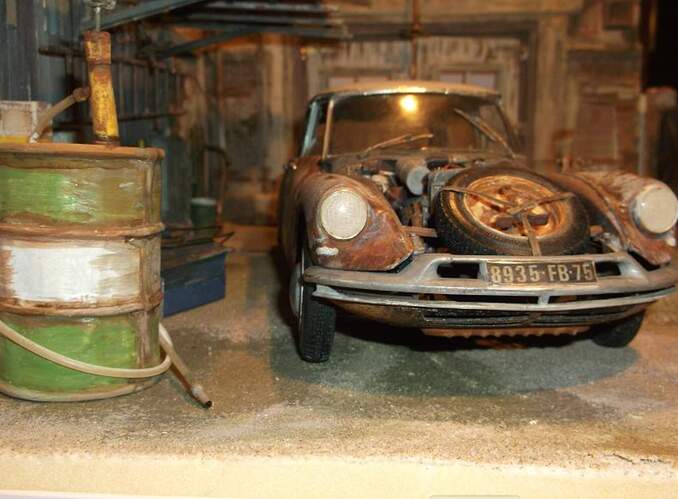 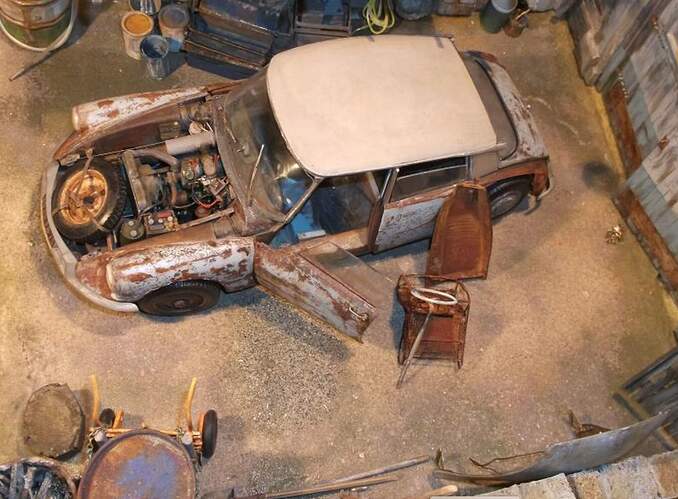 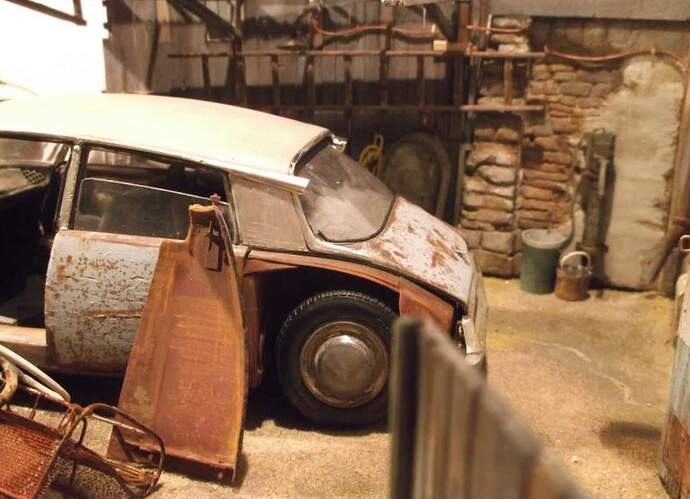 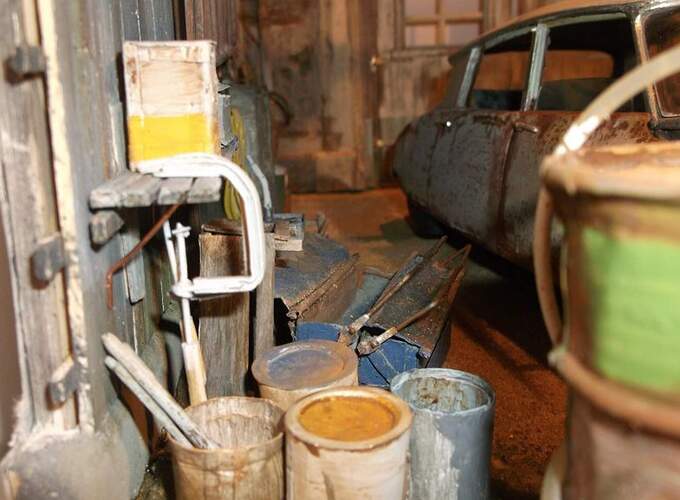 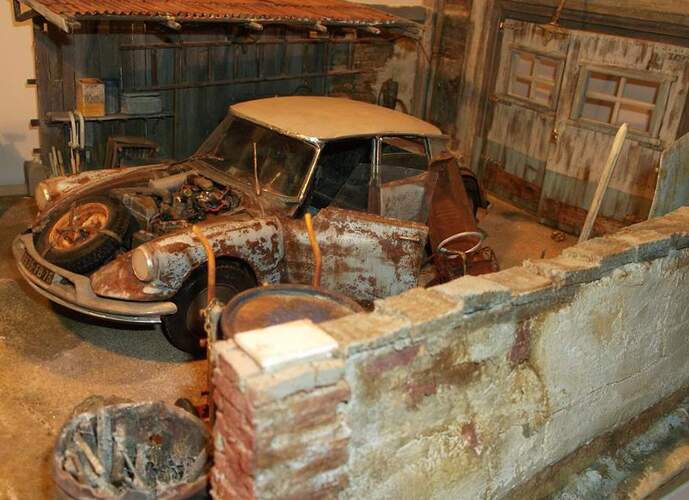 I’m very sorry for your loss. I always admired Speedy’s works over on the old Forums and I’m saddened to hear of his passing. 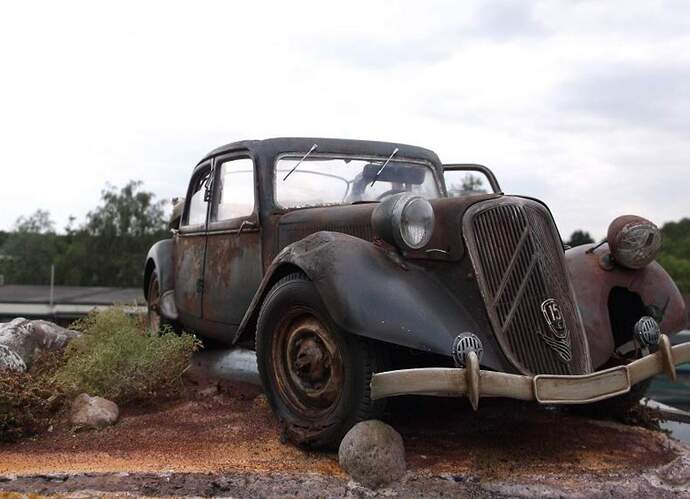