After the Tremendous success of the plucky littleA11 Matilda infantry tank in the early fighting in France, orders were placed for a new, improved design using the same war-winning concept. The new tank would have better, more robust suspension, even heavier armour, two 0.5in Vickers in an electrically rotated turret and a purpose built cooker for brewing up the tea.

Okay, okay. I’m making things up. Germans can do it. So can I. So nyah. My previous foray into 3D printing a complete model resulted in an American war of Independence submarine, https://forums.kitmaker.net/t/bushnells-turtle-revolutionary-war-submersible-1-35-3d-print/8934/32

Two man tanks are fairly universally seen as a poor idea. I think they’re fun, in a militarized, banana splits sort of way. Started on this yesterday morning and promptly lost track of time. So, serious portrayal of a what-if British infantry tank based on details and mechanics from other contemporary designs. 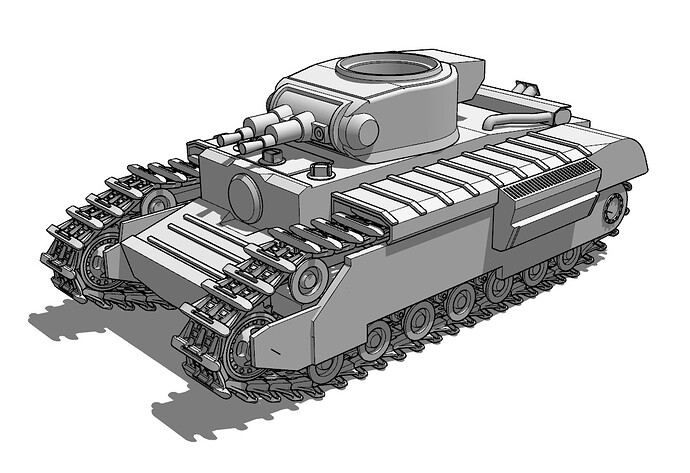 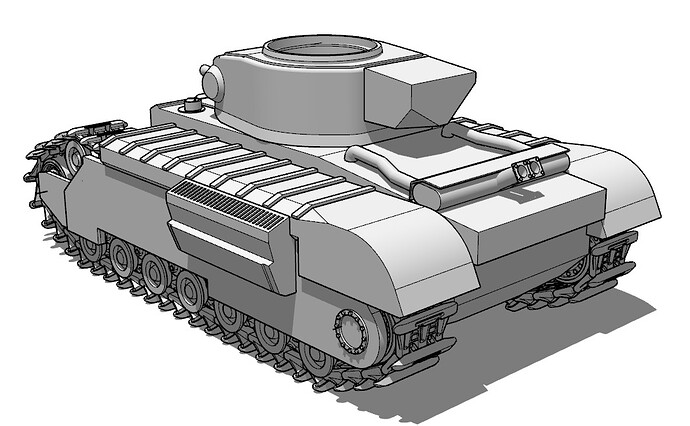 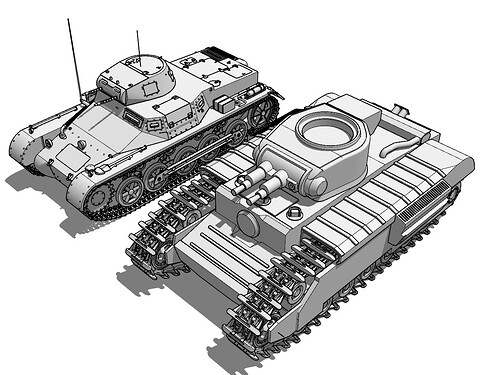 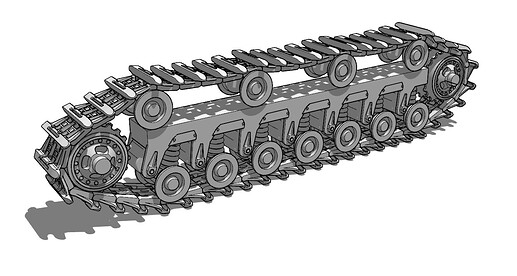 Loads more details to add yet. I think I’ll do the track tensioners next. and then the cupola.

Track tensioners! Gawd but model makers get excited about some inconsequential crap. 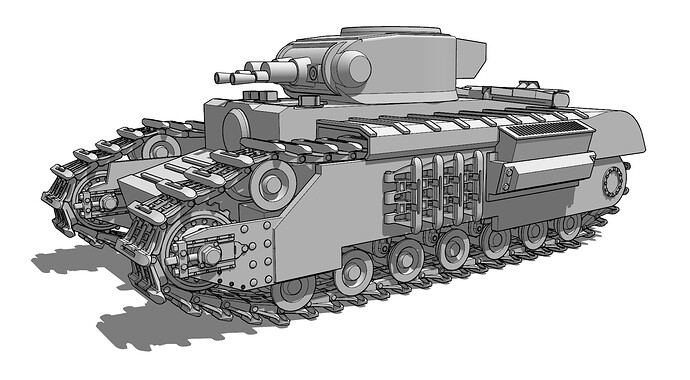 So, what do folks think, British enough?

It looks like a British copy of the Panzer II J idea.

I too am experimenting with 3D printed models and have finally finished my first figure which I will post pictures of later today hopefully.

No definitely not the warhammers. Pretty much all of the design queues are from Churchill with some valentine thrown in. The chaps over at GW have always had a penchant for WW1 tanks, too many guns in useless sponson arrangements. And no suspension. Which always bugged me.

Went back and improved the track-links and swapped out the return rollers for a more churchilly skid. Also slightly larger (and raised) sprocket/idler. Which had the added pleasing effect of making the suspension more visible. Win. 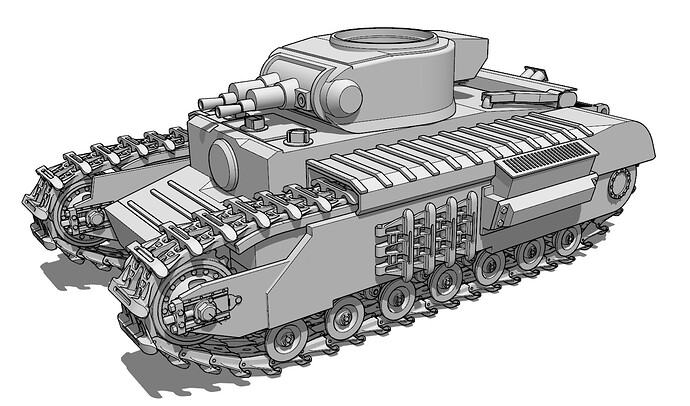 So. What are we going to call this thing? Churchette? Little Prince?

Once you’ve finished up your “serious” sort-of “what-if” design, I think you could also take the CAD and play around with the proportions and revise the turret a bit to make up a “Churchill Toon Tank.”

“Toon” models are becoming increasingly popular, and so far as I know, no regular manufacturer has released a toon Churchill.

Great job on the CAD, too!

What design software are you using and what kind of printer?

Everything about this design makes me viscerally uncomfortable. It is absolutely daft in every way, shape and form.

Great looking, agree with the Toon tanks comment & wonder why they haven’t done Chieftain yet either?

An interesting design, I’d go with Churchillock maybe. Or a Winston.

Meng have done the toon treatment to the Churchill; Software is sketchup. Not the best program for some of the things. Printing will be done on a Formlabs form 3.

Thought: in the spirit of using off-the-shelf parts as much as possible, sub turret from tortoise? 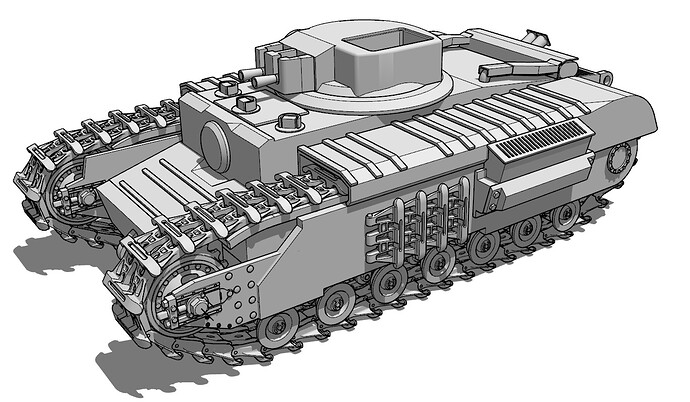 Oh! New class of tank brought about by the proliferation of super heavies. Heavy Escort! 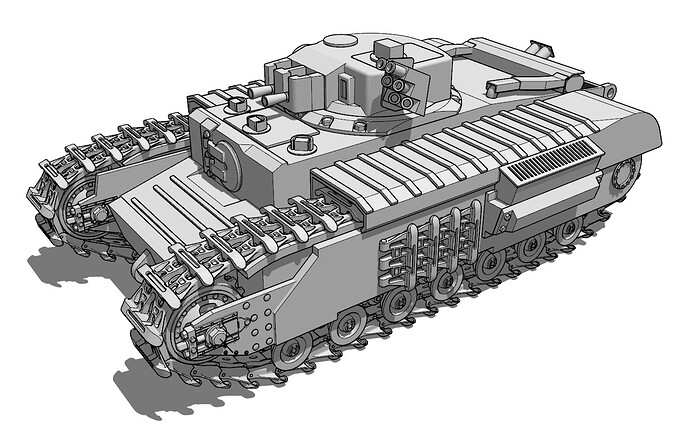 Maybe there could be a flamethrower version as well?

Would definitely need the trailer from Crocodile.
Not sure the Centurion smoke dischargers look right - bit too blocky - nah, whole thing is blocky, part of the charm, but they stick out too far?

Yeah, the turret fits much better without the smoke dischargers.