Inspirational: What a military camp site can look like 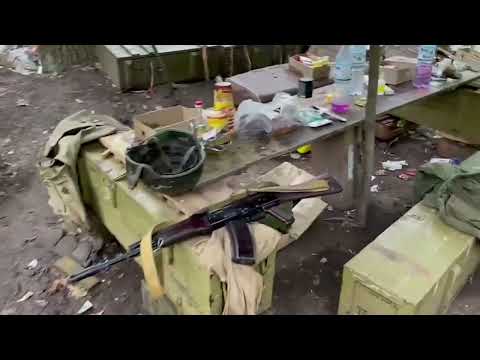 Must be all the russian around they are doing…

Perhaps it was the encampment of the Elite 1st Tank Army? The lack of discipline is clear here - no American NCO would ever let their operational area look like that for any length of time and I’m betting the same is true of every Western military.

@Johnnych01 yeah i agree, that AK looks far to tempting to pick and an ideal booby trap.

i guess the reason the camp is such a mess is that the Russian soldiers were to busy looting Ukrainian homes rather than looking after their camp.

No American Boy Scout Troop would let their camp get that bad! THEY have better discipline than the Russian Army!

I guess they haven’t watched Platoon.

I’m gonna give those Russians the benefit of doubt. We were not even slightly close to them when they pulled out. Bullets flying around make you kinda forget things. Looks like they left with the Ukrainians about a hundred feet behind them!

What I see is a sorry looking NDP at best. Those places are never pretty, but when they leave they’re clean (unless they want you to find something). Probably had a bunch of jail house conscripts. We’ve seen a complete lack of skills in this entire invasion. Yet I’ve watched the otherside not take advantage of this (they are now)
gary