Group Build Description:
This got a little bit of love in the 2022 proposals thread so I figured why not roll the dice.

According to Clausewitz “War is the realm of uncertainty; three quarters of the factors on which action in war is based are wrapped in a fog of greater or lesser uncertainty.”

This build is dedicated to all the resources a commander has available to help penetrate that fog. The modern term for all of this is C4I (Command, Control, Communications, Computers and Intelligence) which according to the US DoD also encompasses Recce and Surveillance. I figure this should open things up nice and wide for build options.

Any time period, any scale, any subject so long as it fits one of the categories above. Spy Satellite? Golden. Napoleonic General with a Bugler? Love it. AWACS? Yes please. My only ask is that you can clearly articulate how the subject you’re presenting would contribute to battlefield management of combat units. Sci-Fi, Fantasy and Alt History is also welcome here.

I’m proposing this start May 2022 to give lots of lead. It’ll run for a year incase anyone brings a big grey war canoe to the party or has other long term commitments on the go.

Please post a box/sprue pic on day one and carpet bomb the progress shots because I love eye candy. If you want to start a separate build thread go nuts, but do pop in once and a while with an update.

My plan is to turn this: 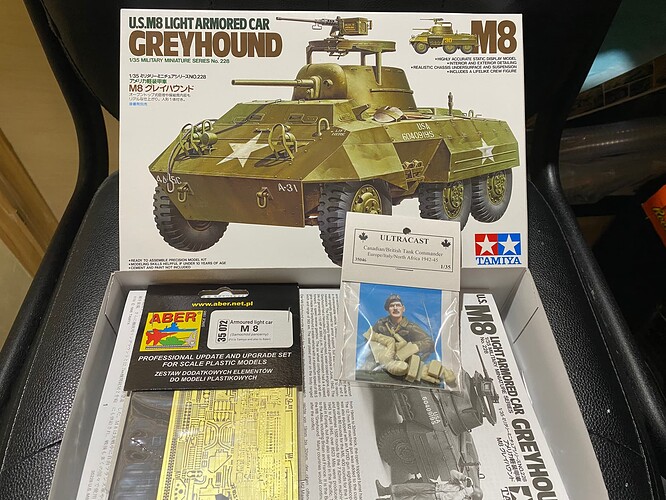 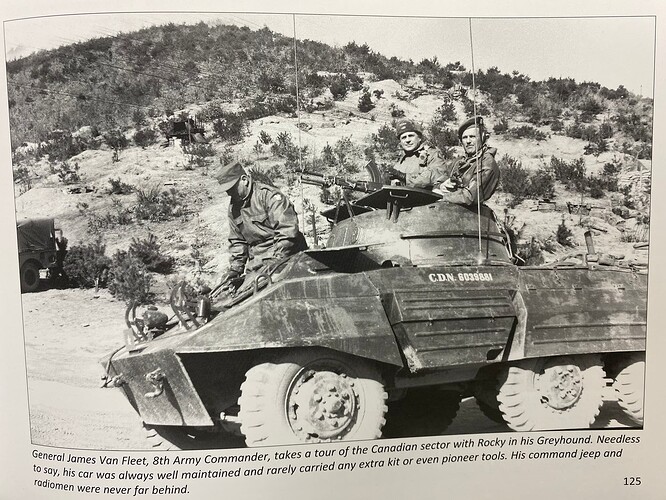 Figure it’ll take me a year to figure out how to scratch that modified turret shape because the Tamiya one is going to be very little help indeed.

I will be in for that…not sure what it will be, but it could be another Recce CVRT Scimitar…

Amazing! I hoped you’d come along for the ride.

I think I can get my halftrack fix in on this campaign. Eyeing an AFV club 251/3 with all that cool radio gear inside…

Sounds great! I am in!

Why Not. Get in early but I wont start til late… 2023 will give me time 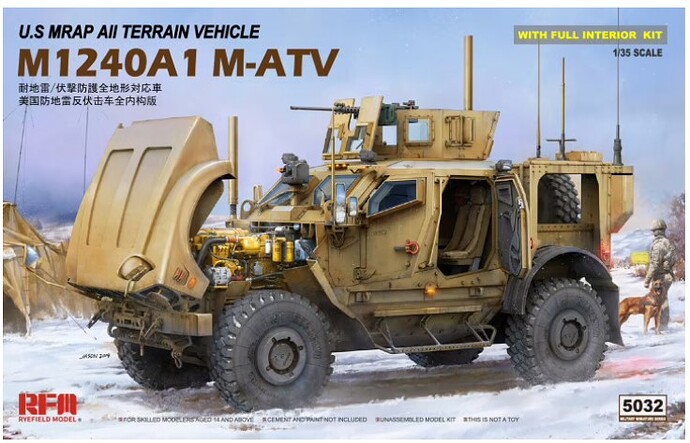 I hesitate between an O-1, an IAI Kfir Tsilum and an OV-1B

I vote for the Bird Dog

Damn, this is another I’d forgot I signed up for lol… Thank god it doesn’t start till May !!

Same here. Glad it’s a year. Do we have to have a photo to support our project?

29 Palms Cax 5/6 1996 we built a field improved rolling FAC tower on a back of a M998 Humvee. Big green box with 5/6 radios inside. I never took a picture (didn’t carry a camera). Probably torn down and thrown away when over with the exercise as we where not authorized to make vehicle modifications.

Nope. As long as it’s identifiable as C4I infrastructure or you’ve got a convincing enough back story I’m cool with it. I’d say a Humvee with a radio tower on the back will speak for it self.

My thought behind this was just to highlight some very important but often ignored bits of kit when it comes to effective war fighting.

This sounds like a good time to finally build my M577. I’ve driven and TC’d many of these here in the States and Europe. A home away from home (far too many times).

Nice! I’ve got one in the stash, so I’m gonna watch you build yours first!

Well, Command & Control eh? I think I’ll have to give this a go. From 1977 to 1980 I was posted to an Army Group HQ - that is Northern Army Group (NORTHAG) based in the FRG; the HQ controlled 4 x Corps - 1st German, 1st British, 1st Belgian and 1st Netherlands - and I seem to recall we eventually took on a US Corps as well. Now, I was a military clerk - “RAOC Staff Clerk” in Brit Army parlance and my species inhabited HQs at every level of formation command. In NORTHAG this meant working alongside our clerical brethren from the constituent Corps and of course, the respective Staff Officers. On exercise we deployed either to a “Static” War HQ, or a “Mobile” HQ. The Static WHQ was based in a series of caves/bunkers near Maastricht, and this is where I was normally destined to be on deployment. Such lowly mortals as I - then a Corporal - meant we were billeted in a far from salubrious barracks just over the Dutch border in Tongeren, Belgium. We commuted daily during the exercise, by a fairly civilised means of coach. Nothing as martial as trucks. It gets worse: Officers, Warrant Officers and SNCOs and female soldiers were billeted in hotels in Maastricht. I mean, what the hell?

However, back to the scene; on occasion I was despatched prior to an exercise to ensure we had certain documents, and office inrastructure to the Static War HQ, also known as Joint Operations Center Maastricht (“Joint” as we operated alongside our NATO aviation counterparts from 2nd Allied Tactical Air Force (2 ATAF). This involved drawing up a vehicle from the Joint NORTHAG/2 ATAF Transport Company, loading up and sallying forth, with all sorts of NATO authorised documentation to enable us to transport highly classified documents etc. We even had a red wax seal on a secure container to enable us to sail through customs unhindered. But I’m sure you don’t need to know all this!

My project will be to reflect such a visit at the Start of Exercise (STARTEX) on a typical NATO exercise as “ABLE ARCHER” or “WINTEX/CIMEX”. I hope to utilise this: 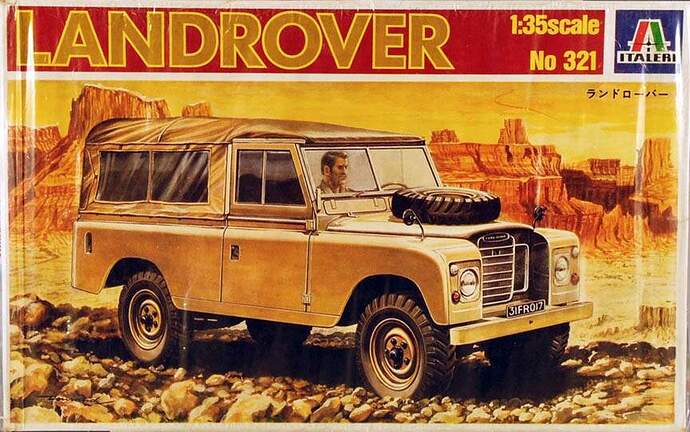 as this was the type of Land Rover utilised, together with the trailer from this: 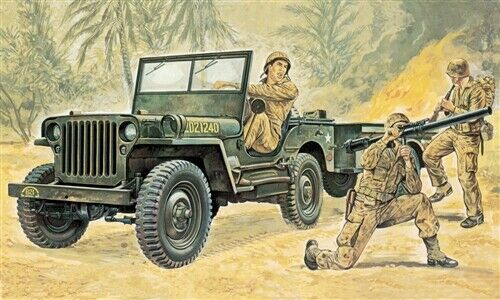 which is what the Transport Company used (in addition to DAF Box Body Vehicles with expanding sides but that is another story). To exemplify the Clerical effort (in C2) in all this I hope to depict figures unloading said Land Rover using figures from: 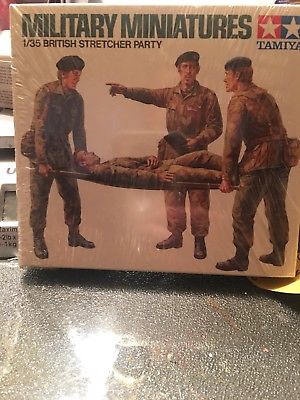 with possibly a conversion from this set: 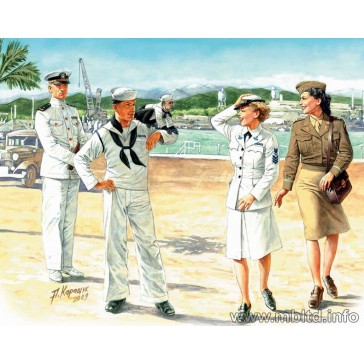 to represent a female soldier from HQ BAOR who on mobilisation, would augment the JOC.

I might also try and squeeze in a provost figure from the Joint Provost Company; all depicted at JOC Maastricht, known colloquially as “the Caves”.

Essentially then, nothing exciting, a mere Land Rover and trailer being unloaded on exercise.

Now, whether or not Clausewitz would recognise clerical support as being essential to C2 I have no idea, but it was an HQ - primarily committed to nuclear war - and by God we worked pretty hard at it(!)

'Hope this meets with approval; please feel free to hold my feet to the fire once this gets underway, which I believe is May.

You might be underwhelmed John! I quite like the idea of these campaigns - at least they’ve made me start building again.