Looking for an explanation on this M1 MBT 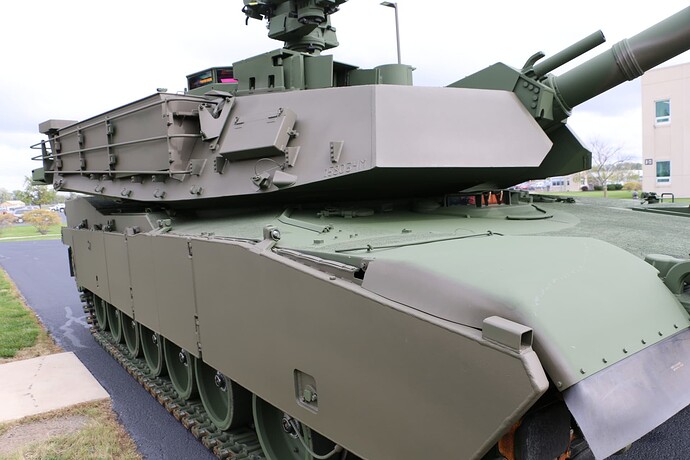 Interesting paint scheme on the barrel. Looks like 3 colors. 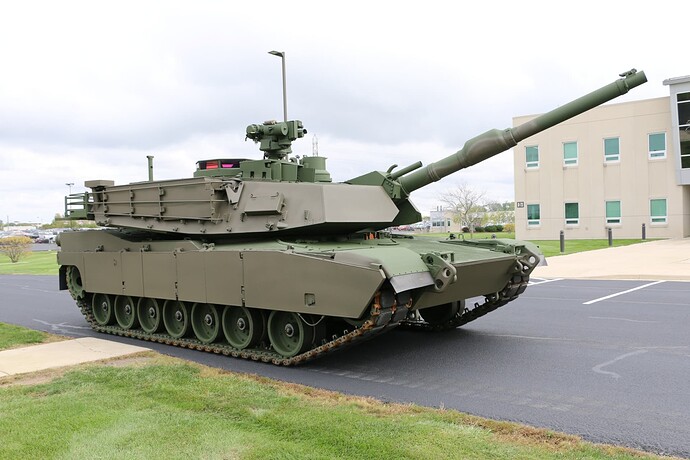 and remember this kids,
DO NOT try this at a competition,
the judges will shred you …

Who builds for a competition?

I also have this opinion

I think that the explanation is pretty simple.

If you look at the PBS images, there is a blurry crest on the side of the building that seems to show “M1A2” in the center logo and barely legible are the words, “Build the best tank in the world” and “Army of One.”

So I think that this is at General Dynamics Land Systems somewhere.

Meaning that the three-tone color scheme is for a M1A2SEPv3 to denote it from the other M1A2SEPs. I think that it’s just a SEPv3 floor model that the people there can recognize right away with its unique paint scheme from all the other tanks present, meaning, “Don’t ship this tank to the US Army. This one is General Dynamics.” Note that it doesn’t have any smoke grenade launchers or whip antennae or Boomerang microphones installed so it’s not “Combat Ready.”

Sand color between the other two on the barrel.

The demo vehicle at GDLS seems the most plausible explanation. No mg in the rcws either.

I’ve seen and photographed this phenomenon a few times before, mainly at Fort Sill. On NATO-flaged Paladins there appeared to be a fourth sand color separating the other colors. Note on the photo above the only place the “sand” color appears is where the earth and green border one another on the barrel.

You can see one example of it in this photo: 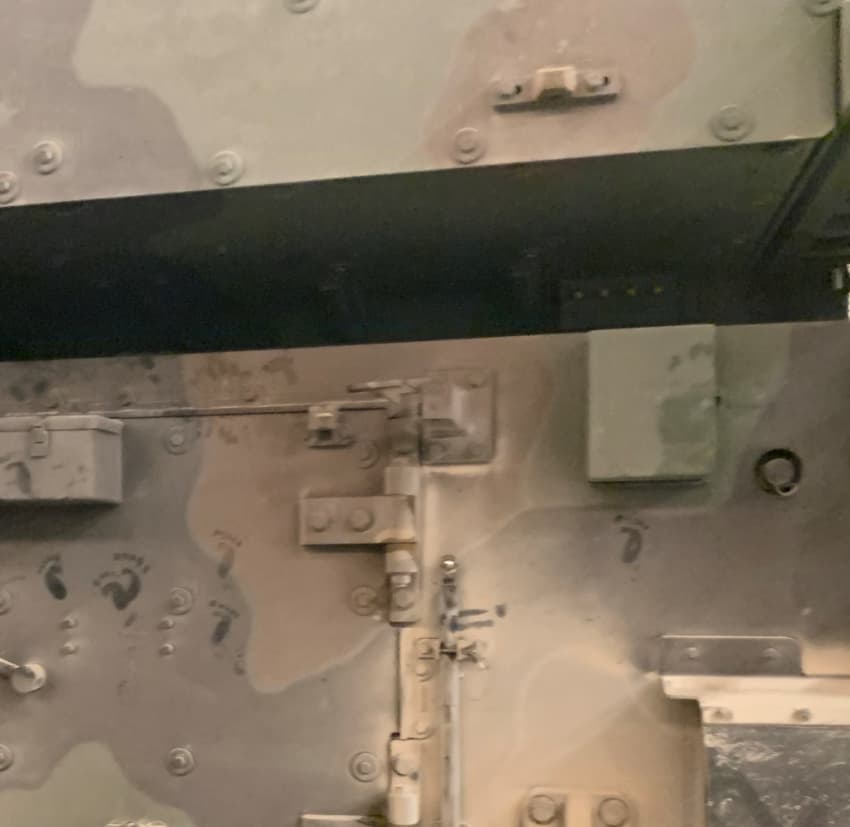 I’ve got others where it’s much more pronounced, but I don’t feel like searching for them right now.
It seems that it might have to do with overspray of one CARC color over the other. Maybe it creates a little roughness that attracts airborne dust more than usual - that’s all I can think of.
But in any case, I think that’s what we’re seeing in that photo even if the rest of the tank does appear spotless.

The photos appear to be from the visit by Polish minister of national defense & his team to Lima tank plant in Ohio. "After his visit the minister confirmed that Poland will buy 250 M1A2 SEP v3 Main Battle Tanks (with the first vehicles being delivered in 2022) which will be directed to the Polish Army´s 18th Mechanized Division, and highlighted that: "the Abrams are among the tanks that guarantee the greatest protection for the crew. They are very effective & very fast tanks. Those are the best tanks in the world."Redirecting...

As somebody who spent 2 years in Germany opposing the Polish Army and their Soviet masters, I remain happily disturbed by the concept of Americans in Poland and now M1A2 tanks in the Polish Army. I’m happy to see proof that we won the Cold War.

Talk on FB groups is perhaps a primer/base for the new TALON scheme…rumour of course, but who knows?

A new scheme?? This is intriguing, a new look M1!

I never was taken thru the area where they painted the tanks, but seeing batches of them on flat bed rail way cars: you knew right away they were painted via robotics. The paint jobs were identical on brand new tanks. This tank was probably hand sprayed as you would have to re-program the robotic heads to change the pattern.

That is Lima, Ohio! To the rear of the tank is the test track that every tank must go thru. And even further out is the farmer’s silo that had the bull’s eye painted on it to test the sighting system.
gary

The Combat Vehicle Coating in the above article still shows it three color “NATO-flage.”

This cammo is the next generation of vehicle coatings for reasons I was asked not to share. It is indeed only two colors - whatever led to the three color appearance is anybody’s guess, although I’ll stick to my guess that the roughness where the two colors meets attracts dust more than other areas. Here are a few shots I took today at the refit facility. I can share better ones once I get permission. They’re very paranoid not so much about the coating as they are the tanks, which is silly since they let me photograph the hell out of them last year. 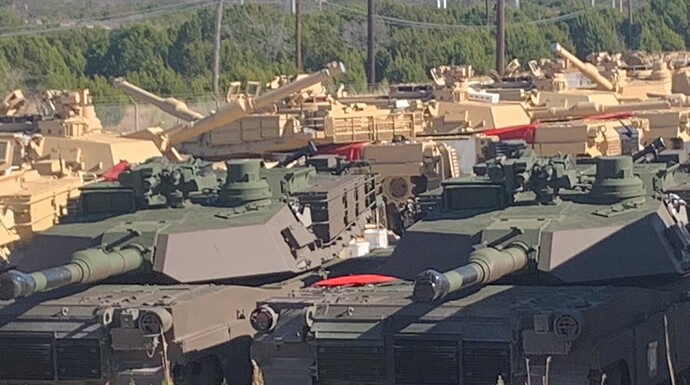 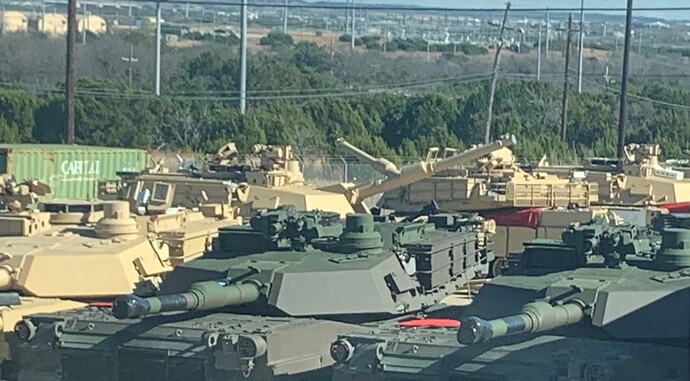 Even though the background of the two photos is different due to lighting conditions changing in a matter of seconds, they do illustrate the color shifting characteristics of the non green color. Even the GD workers have various ideas on the color - chocolate brown, slate gray, even bronze. At any rate, these and others I have clearly show there are only two colors in use.