Takom just posted box arts of its upcoming kits depicting the M114 command vehicle. [image] This is partial text from the full article (usually with photos) at https://armorama.com/news/takom-m114-command-vehicle

a very long over due kit!! I’ll build at least one
gary

Hah. Those things looked cool, like a sports car version of an M113. But they were underpowered and useless. Takom should include the obligatory M578 recovery vehicle in the same kit, for realism. LOL
B 1/11 Inf (Mech)

Now that is a kit I’d love to see. Maybe from AFV club in due time.

I only saw a couple in use, and even then they were parked on the side of Highway One. Seems like they used the Chevy 283 engine when they could have just as easily put the 350 in them. The gear box was tested behind a Chevy 409 engine when finished. Then many years later I saw about a dozen of them in a field being used for target practice!
gary

Agreed. We had one in the Company. Our mechanics used to buy parts for that little engine at the local auto parts store. When they finally got that thing into a Green status, they parked it at the back of the lot and put it off limits.

when I first saw one, I thought you had to be a child to ride inside that thing! The gear box in them was produced till about 1988. Built right across the aisle from the swamp (my area). It was the second generation gearbox for the M113. The first was long gone. Never figured out why the used the 409 engine to test them. Motor went to the dumpster after about two weeks! (I’ve seen them let go in twelve hours).
To up the horsepower was a simple route! Just go with a bigger engine. Guess it was TACOM’s infinate they used a 170 horsepower 283 engine in them. A basic 350 had 300 horsepower, and about 250 with a two barrel carb like the 283.
gary

Very nice looking little kit, don’t understand the exclusion of the interior parts, doesn’t seem like it would have taken much more effort to mold the few parts necessary to trim out the cabin and drivers station.

I’m guessing they are planning another version w/interior. Put out these versions with a hint that there may be an interior and it generates more buzz and hopefully more sales when the next one comes out. We shall see.

To be honest if you populate your models I don’t think that much will need to be scratched to be seen (through the hatches); easy for me to say as I have the Accurate Armour version - long stagnant - to use as a template to add detail as necessary. Of course, if you just want to display the beast with all hatches open, including that large rear one, then I admit that’s a different matter.

I am looking forward to this one though.

I went through Basic and AIT at Fort Knox back in 1980 as a Tanker. Somehow I got thrown on a Range clean up detail and saw several brand new M114s being towed down range for targets. Since I never saw one before, I asked our Drill Sgt, who lighten up on us since we were done in the next week or two and he they were M114s and he was on them in Germany, as he walked around and inspecting it… For some odd reason, I always wanted to add one to my collection. So, I’m more than happy with this one and if they do release a version with the interior, I’ll happily buy that one too!!

Now if Takom or Revell of Germany can release a West German HS-30 “Lang” with the 20mm gun, my Cold War Armor collection will basically be done. 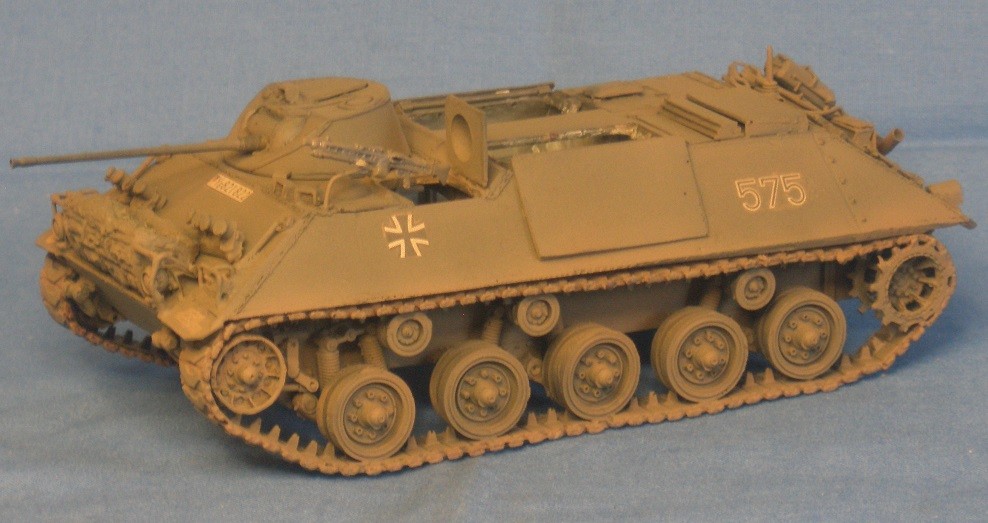 Their castings are so-so, not for the unskilled modeler …

I thought about going with one of those German resin kits, but my modeling skills are at a basic level and not up to making one of those resin kits look presentable. I’ll wait for a mold injected plastic kit to hit the market…. Who knows, Takcom may release one!! I didn’t see them releasing the British FV432 and now the M114. Fingers crossed!! 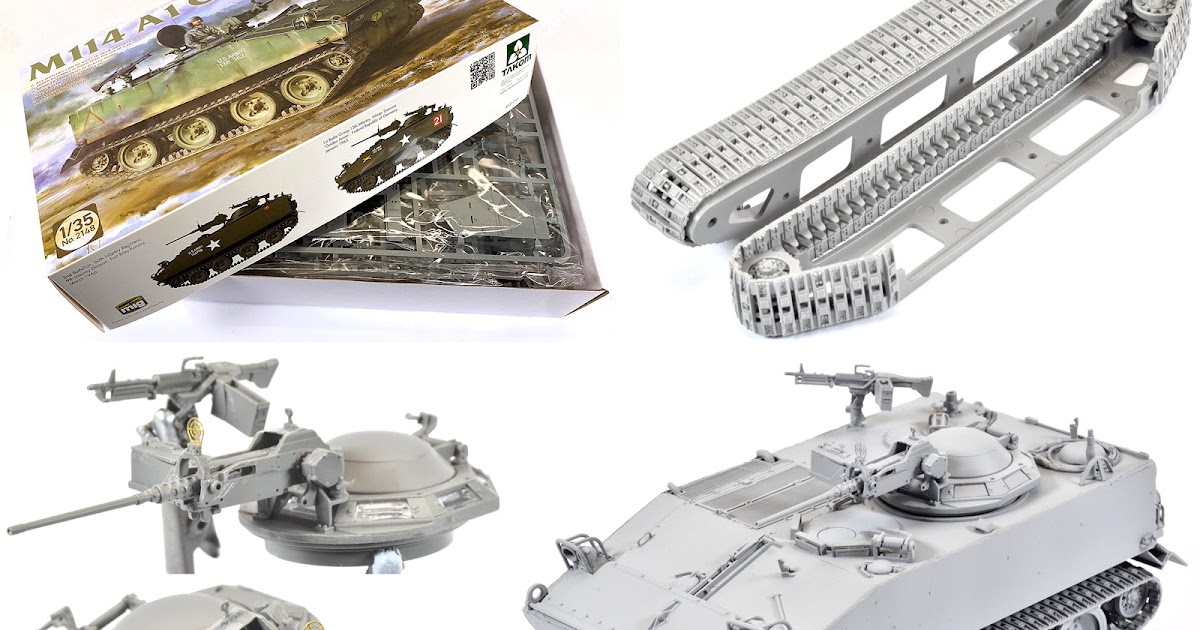 They used burried M-114s as part of the battle positions on Range 112 at Grafenwohr.