After a couple week break where I took an early trip to go meet my first grand daughter (she came a few weeks early and mom and she are doing wonderful), I am back at it.

I have painted all the parts in NATO camo and marked it as launcher C-22 from 6-37 FA (MLRS), 2ID in S. Korea. I made the decals myself, including the Asian Royal Lions on the front of the cab, from home printer decal paper. 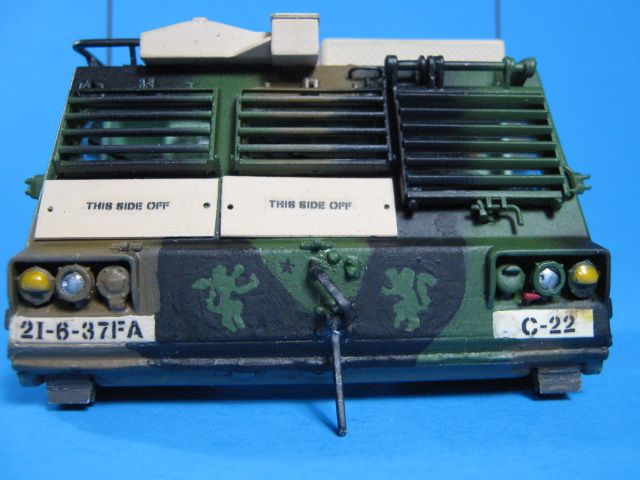 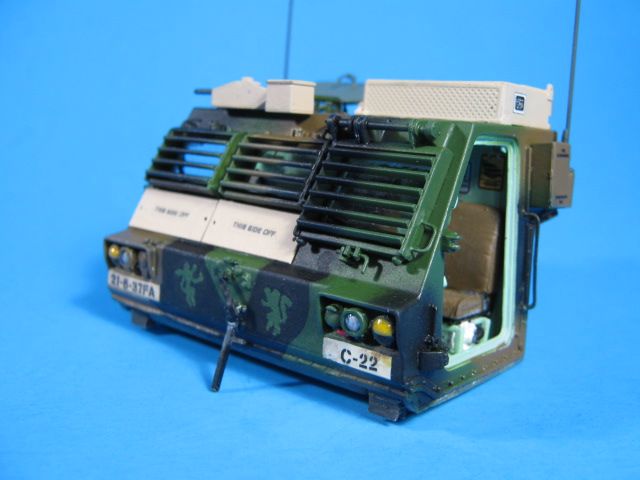 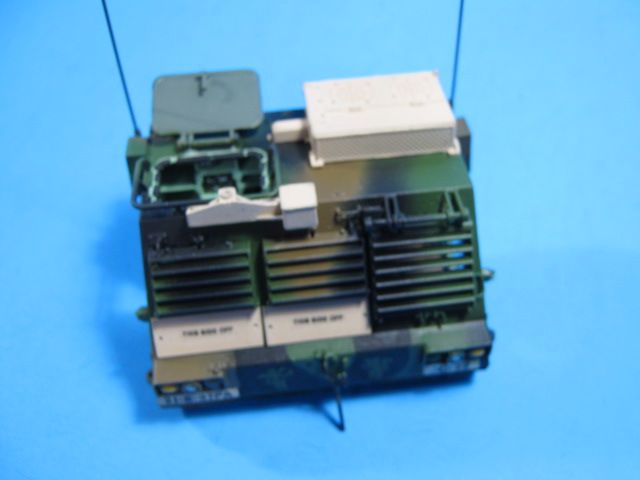 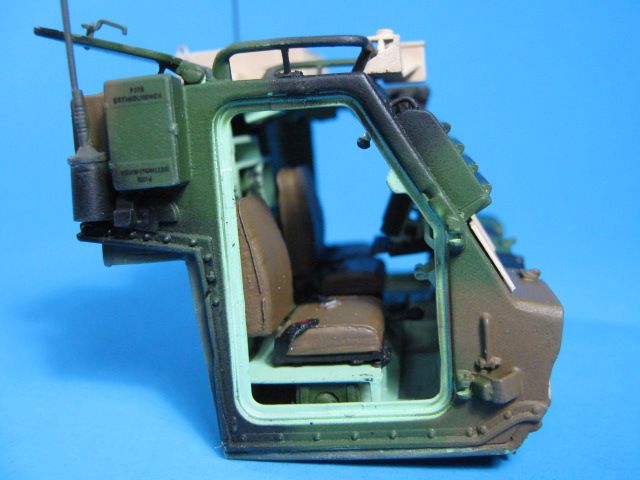 I also added Combat ID Panels (CIPs) to the sides and front. 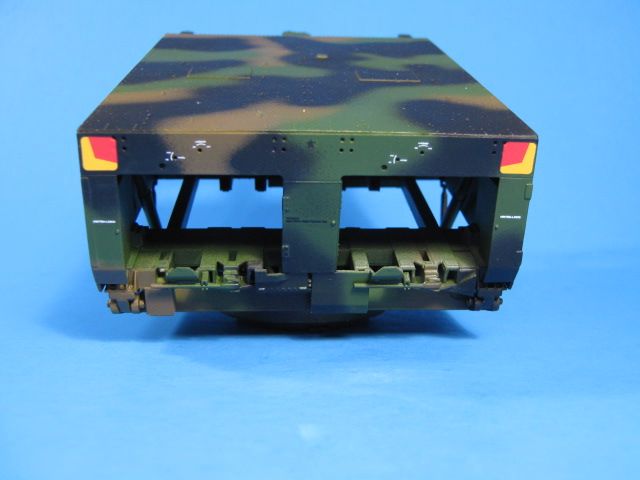 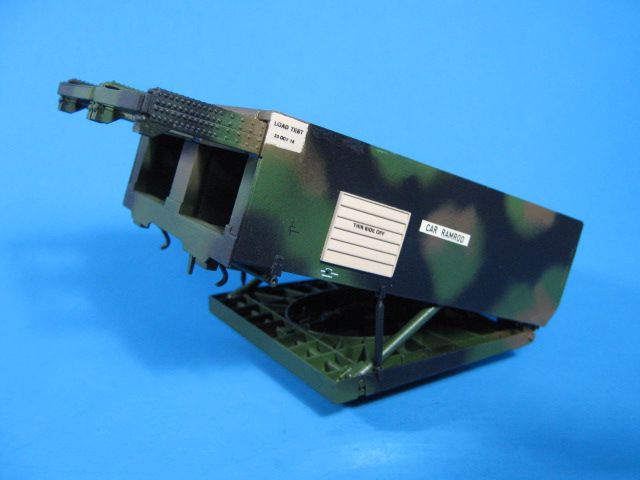 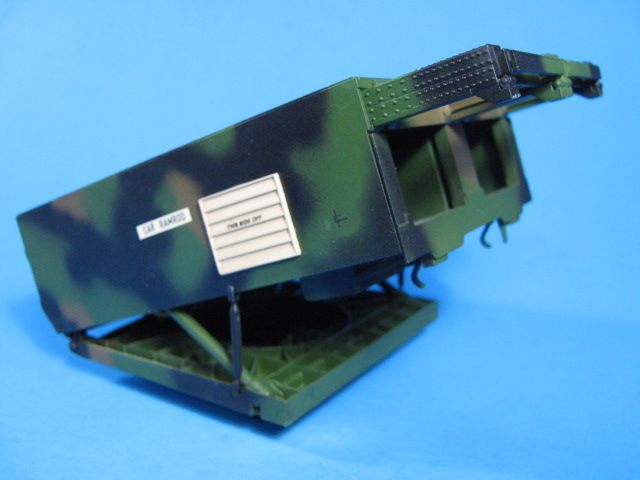 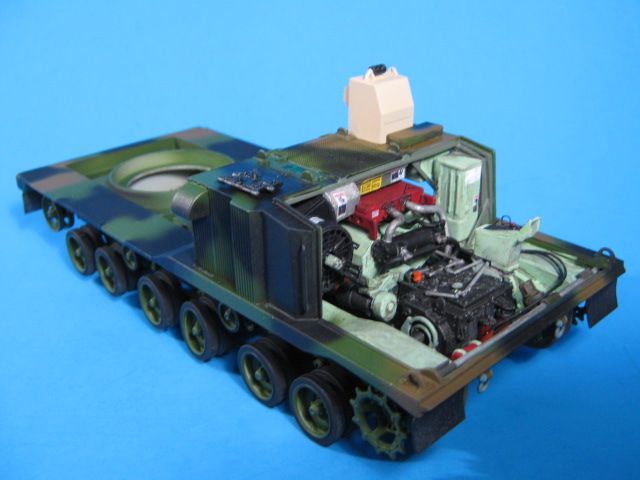 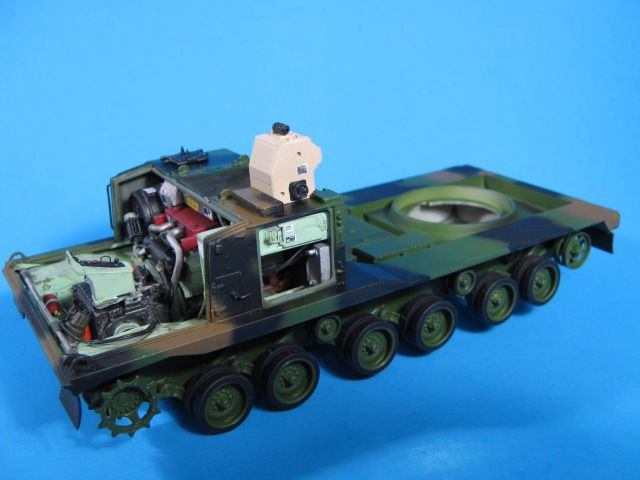 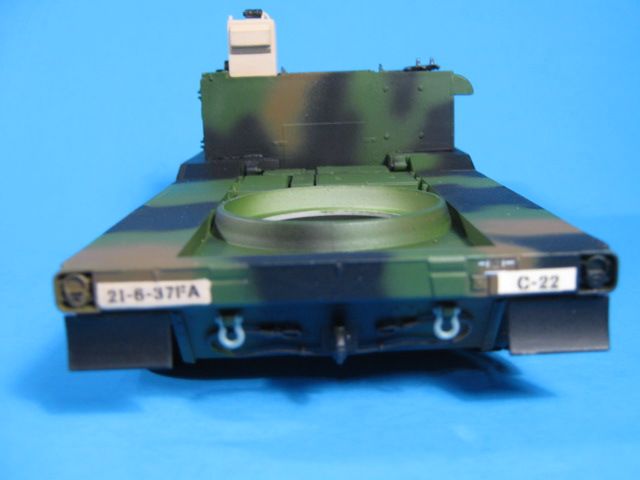 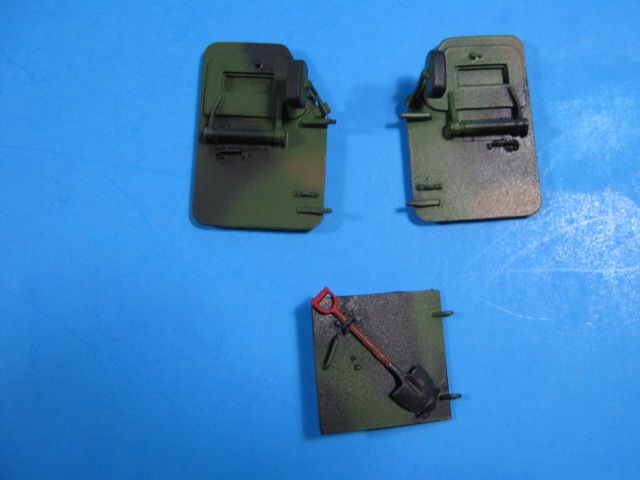 Next up is tracks, final assembly and a light weathering. More to come soon.

Looks great, a lot of hard work gone into it for sure.

glad to see you’re still working on this one as it’s looking spectacular and I’m looking forward to seeing more soon.

Thanks DeskJockey. I hope to have it done soon.

The M270A1 MLRS Launcher is complete. I weathered it with a couple washes of a dirt brown color and a lighter sand color to give it a well-maintained, slightly dirty look, as you find vehicles in the motor pool. 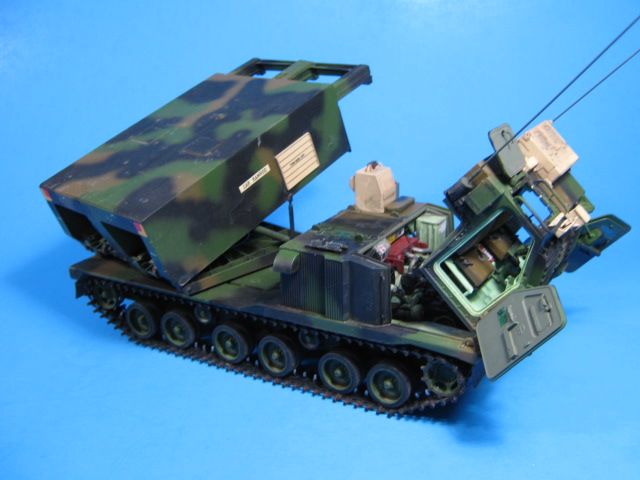 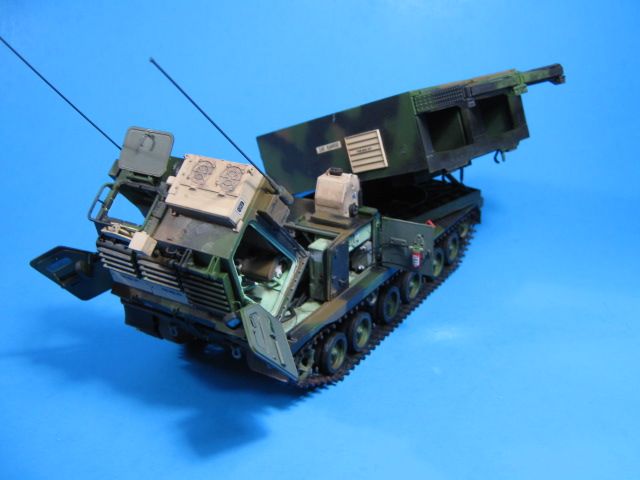 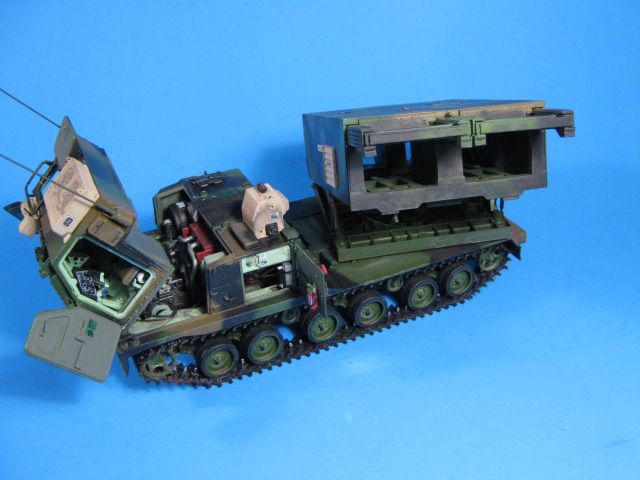 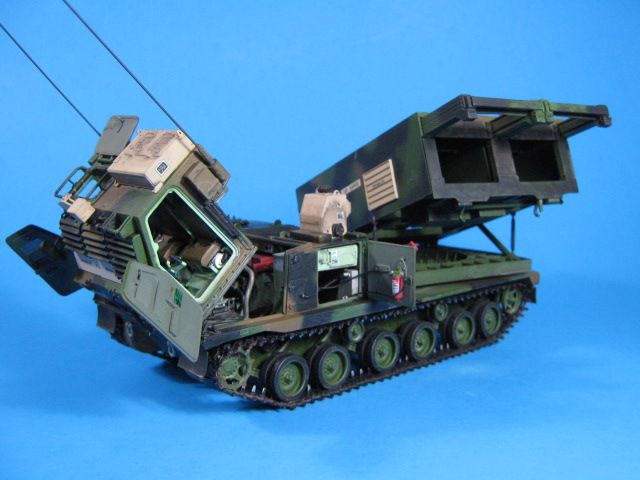 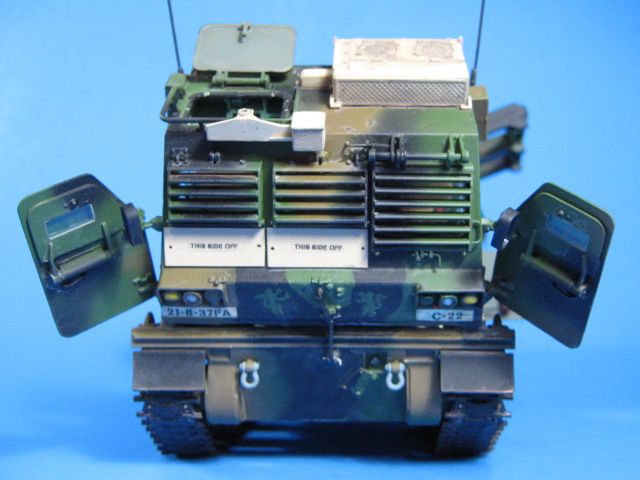 You can see below that I added the steering linkage from the steering parts under the cab to the transaxle. I also connected the wiring harness to the cab underside. 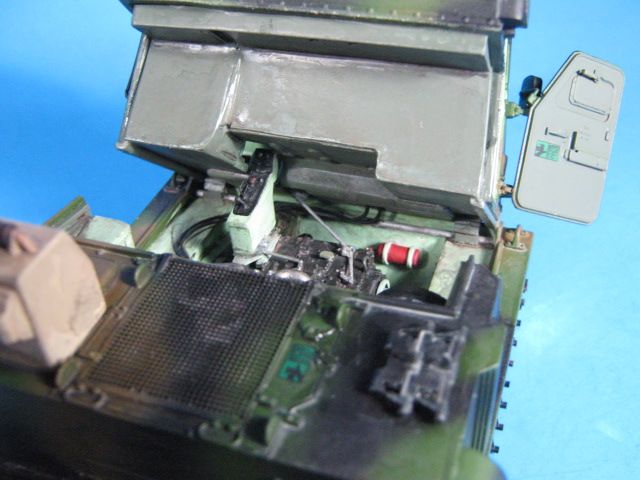 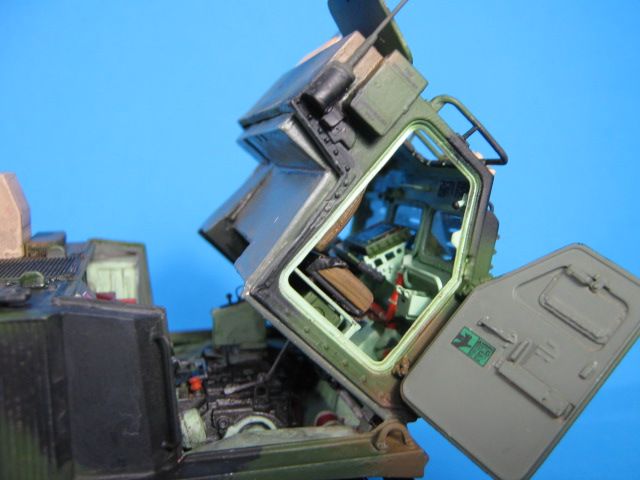 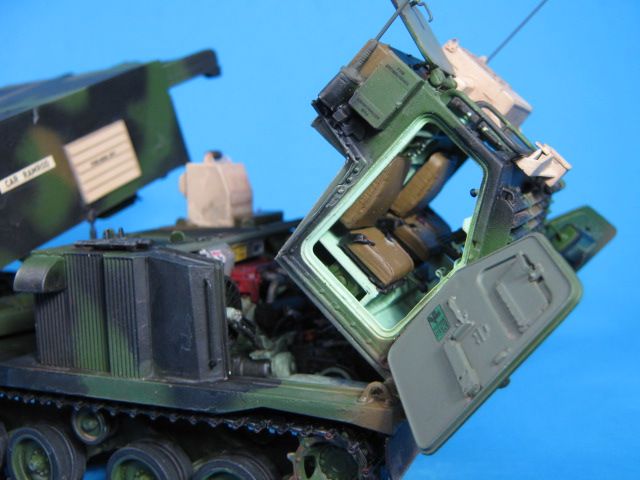 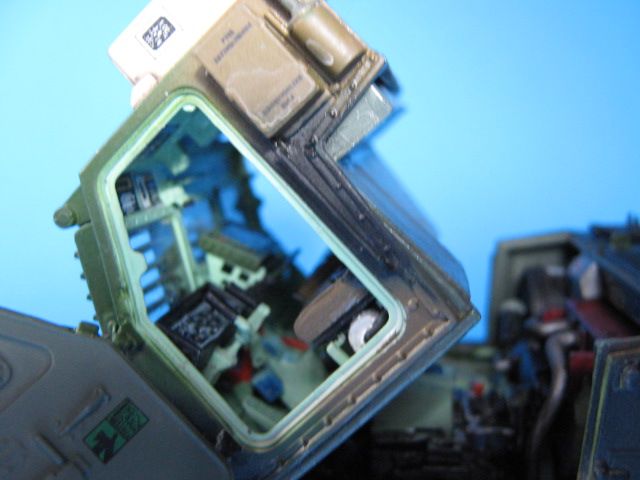 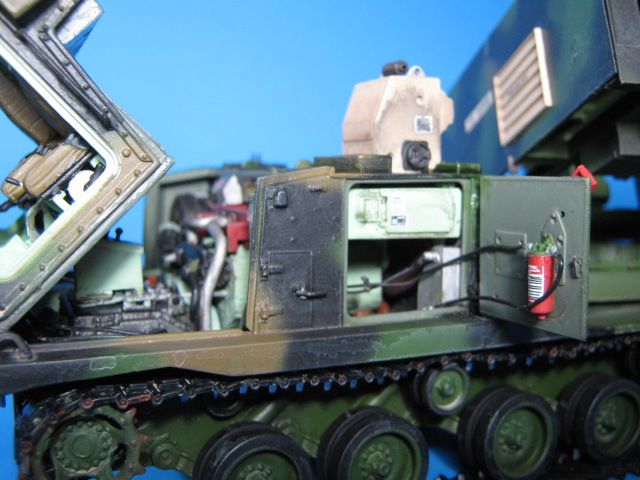 I highlighted the interior of the LLM with a bit of aluminum to bring out the details. I also blackened the face of the LLM to represent the charring that occurs as the rockets are fired. 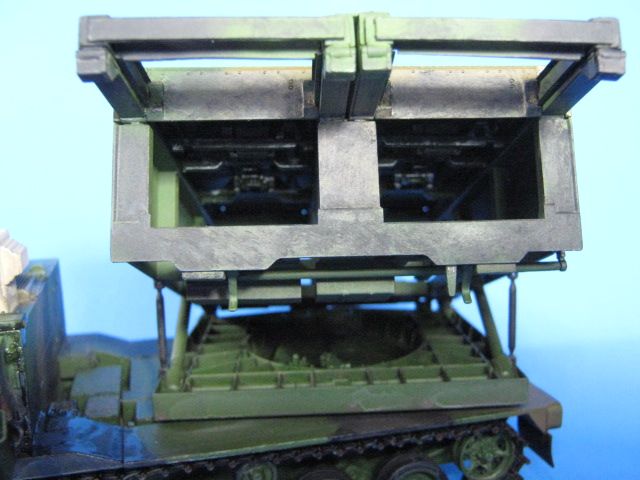 Very nice Gino! Is this one of the launchers from your battalion?

Thanks guys. It was a fun build. I really like how it turned out, esp. the engine compartment area.

Is this one of the launchers from your battalion?

Fantastic job Gino. It has been a pleasure to watch the build. Thanks for posting it.

Thanks guys, I did enjoy building it.

Here you go. Good luck with them. 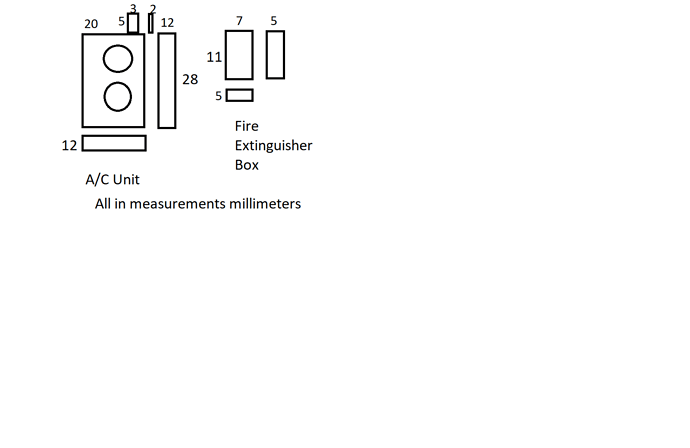 abusing your confidence Gino … what color do they wear inside the launchers, where the rockets are housed.
Thank you

Can`t speak for MLRS, but Bundeswehr MARS are painted black on the inside of the launcher.
HTH

By deduction I can come to think that in the case of the m270 it may be a light green. Identical or similar to the interior of a m113. Tamiya’s XF-21 may be successful

Inside the cab is seafoam (light) green. Inside the bays for the rockets on the LLM on US M270/M270A1s are dark green.