I have started another Bradley project. This time it is the M6A2 Linebacker ADA Bradley. It is a standard Bradley with the TOW box replaced by a 4-shot Stinger Missile launcher and an IFF antenna on the right front of the turret. It was used as a SHORAD (SHort Range Air Defense) vehicle in armored units from the mid-90s through the mid-2000s. After the wars in Afghanistan and Iraq started and there was no air threat, all SHORAD was cut to almost nothing. The Linebacker was a casualty of this and all were turned back into regular M2A2 ODS Bradleys. They have not yet been replaced, but a new version has been considered, we shall see. 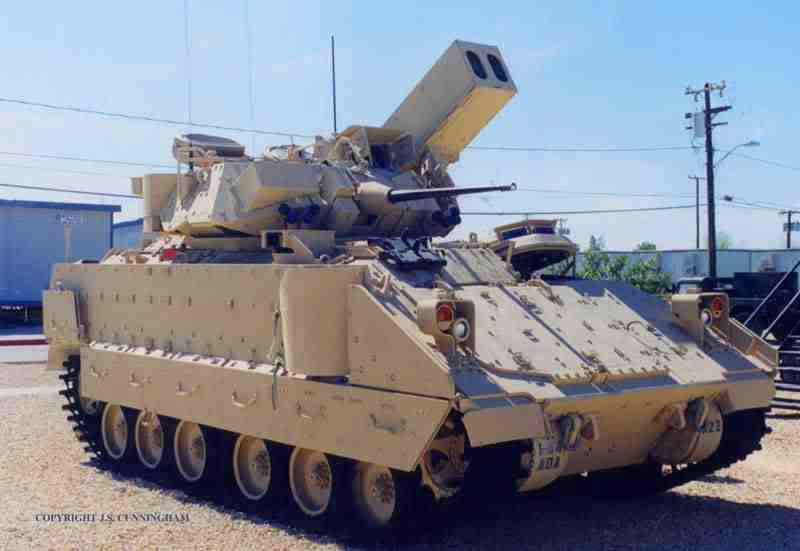 I will be building it with a full interior. I found a few pics and a drawing of the interior layout. I was also in one while at the NTC at Ft. Irwin, CA in the late '90s.

The rear has seating for only two operators on the left side, along with a storage box/charger for stinger dismount batteries. The right side is taken up by a rack that stores 6 Stinger reloads for the launcher.

Here are some interior shots of an M6A2 Linebacker. 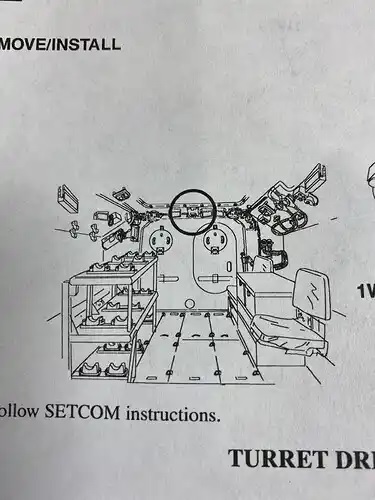 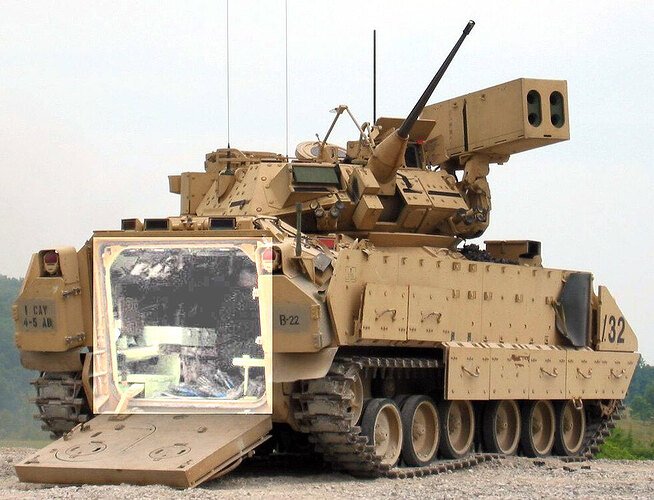 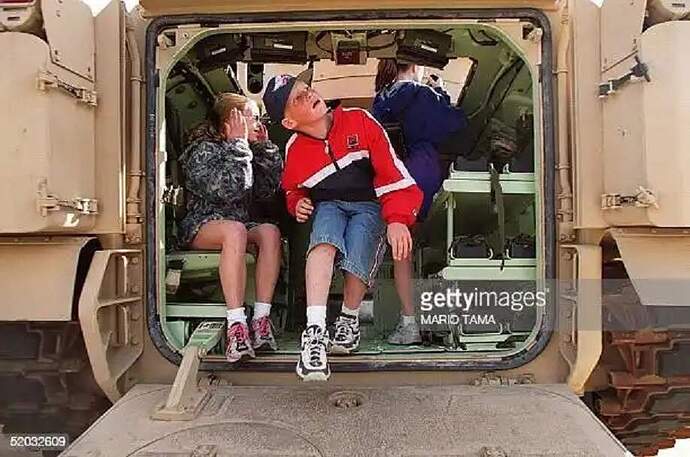 I am using the Academy M2A2 Iraq kit as a base since it represents a new-build M2A2 ODS, which is what the M6A2s were built from. I am also using the original Tamiya M2 Bradley interior and parts of the Meng M3A3 Interior set. I will also update the running gear and tracks and some other areas using parts from a Kinetic M3A3 and some PE.

I started by modifying the Tamiya interior floor by removing the molded on boxes on the right side. I filled them in and sanded them smooth, along with the slots for the seat mounts. I also found a potential issue with the Tamiya floor as it pertains to the Academy M2A2 Iraq kit that I am using for the hull. The Tamiya pieces fit fine in the lower hull, but the opening for the turret in the upper hull and the turret circular walls didn’t line up. The walls were almost 4mm too far to the rear. I ended up cutting the floor into three sections and adjusting them from there. First, I cut 4mm from the floor where the side part and the forward raised area meet. I then cut across the rear floor where the removable stowage panels meet and added a 4mm piece to restore the overall length. This did two things for me. First it aligned the turret opening w/the walls. Second, it gave enough room in the back for the Stinger storage containers. I am guessing the Tamiya turret is too far to the rear. 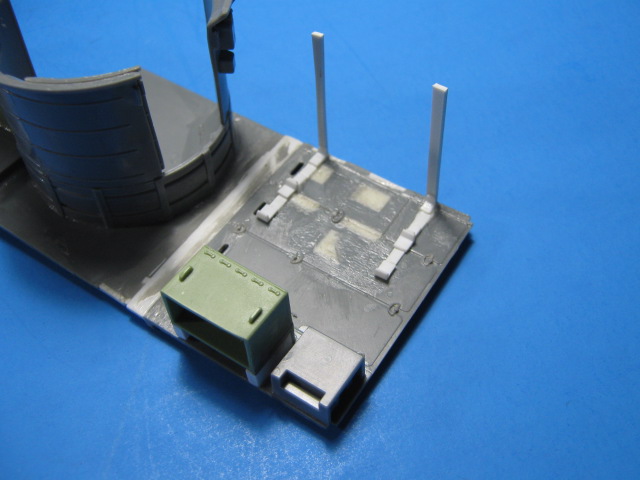 I then modified a couple interior boxes from the Meng M3A3 Interior set to make the storage box/charging station on the left side. 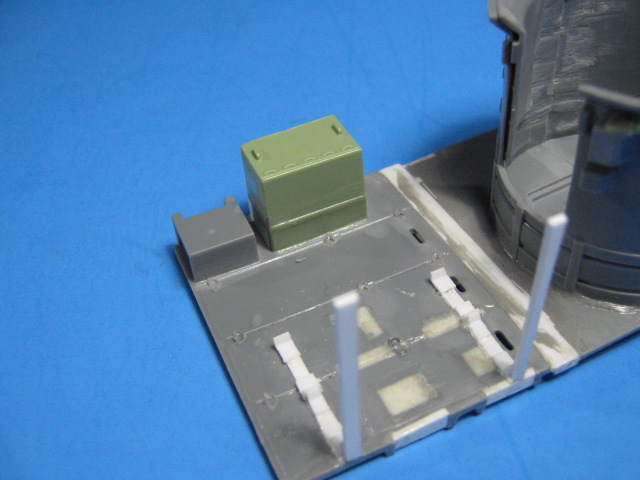 And I started adding the rack for the Stinger stowage boxes. The Stinger Storage Boxes are 3D printed items from Shapeways. 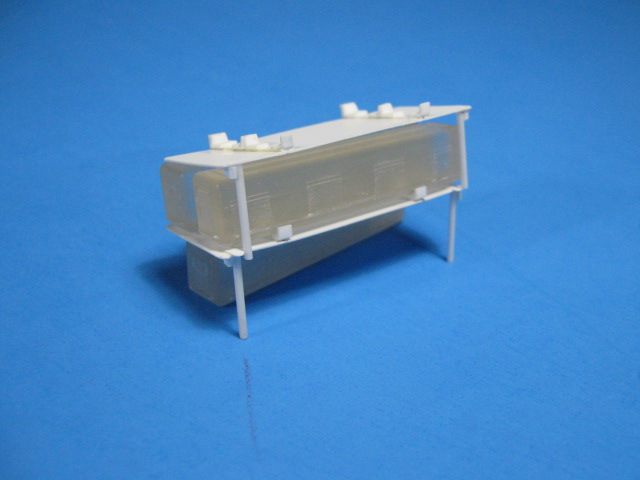 I used the forward wall by the driver and much of the left side interior pieces from the Meng set since they are more detailed than the old Tamiya parts. You still have to use some of the Tamiya parts (shift lever and box) as some of Meng’s are too new, being for an A3 version. 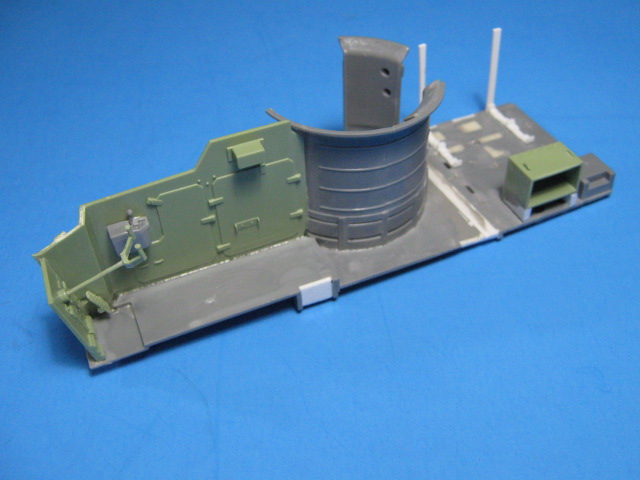 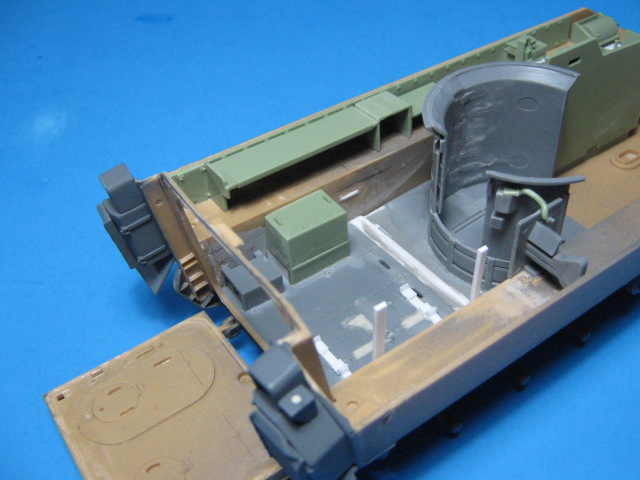 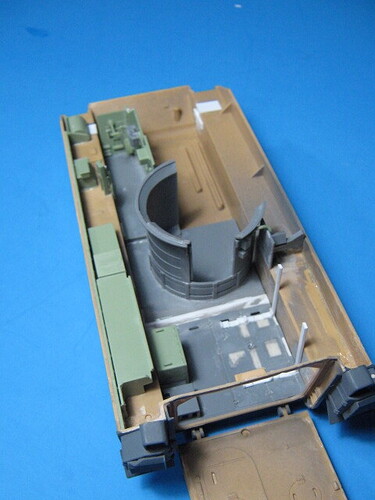 I started adding details to the upper hull interior as well. 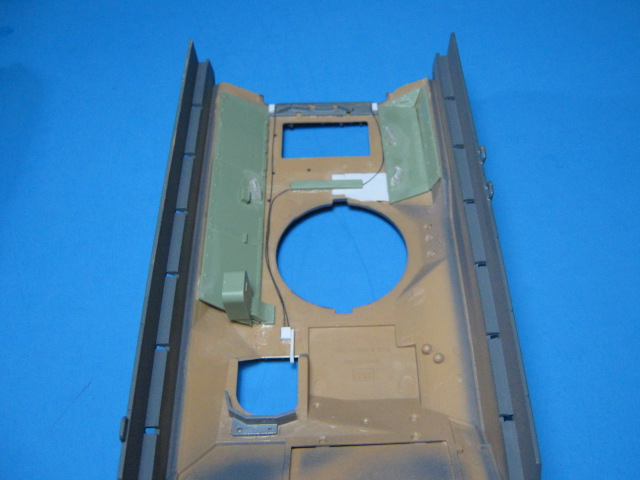 Next up is continuing with the interior and starting adding parts to the exterior. I will be adding the complete Meng turret interior to it as well. More to come.

Two operators, Commander, and the driver? Total crew of four?

Gino, I like your Bradley builds very much and your knowledge on the subject is impressive. I’ll be watching! Awesome start!

Nice unique topic so will be tagging along and looks like its off to a nice detailed start. I want to get in on some M2A1 or 2 action… so I may have to do some research on best options.

Thanks guys. It is looking like a fun build.

I want to get in on some M2A1 or 2 action… so I may have to do some research on best options.

This should get you started. 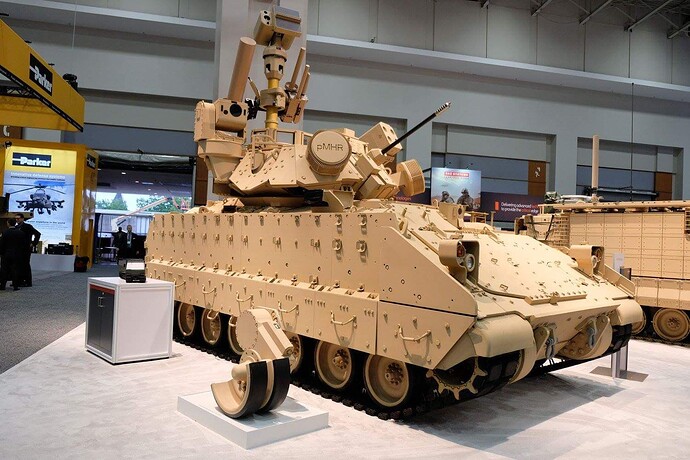 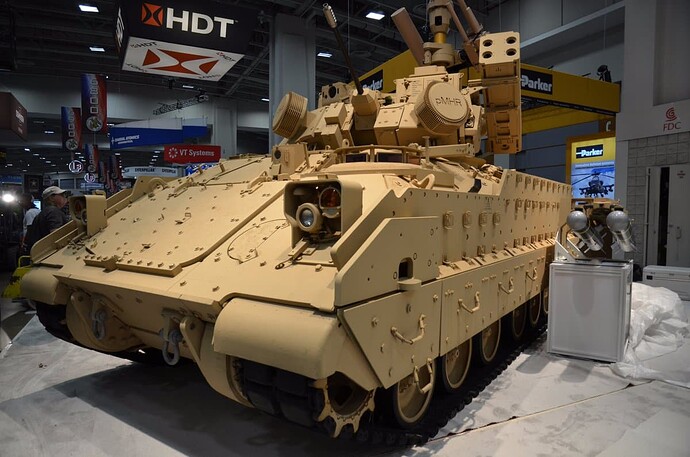 I know that’s the absolute state of the art in vehicular technology, but those round pMHR radars (?) look like the top of an ancient Frigidaire icebox.

Gino, happy to make a Stinger launcher box for you if you like. Need overall dimensions and any photos you can point me to to confirm details.

Best wishes on your build!

The main gun of the vehicle is a 30mm autocannon, similar to what’s on the Apache helicopter. the Northrop-Grumman XM914 if I’m not mistaken.

You could use the launch boxes from the Italeri Avenger Humvee. 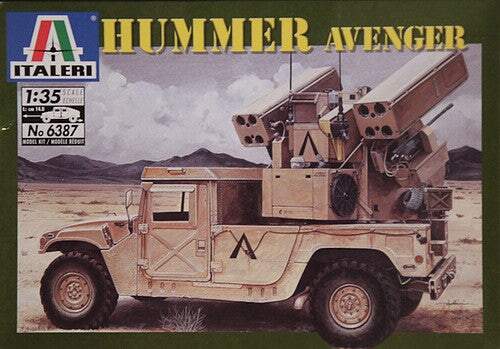 I’m building one right now and can provide measurements if needed (once I get home).

You could use the launch boxes from the Italeri Avenger Humvee.

Yes, sort of. The Linebacker has an outer armored box over the type seen in the Avenger. I have the Avenger style and was going to cover it w/sheet styrene to make the armor.

@model_monkey if you can make one, and possibly the mount, that would be great. How about the IFF box on the right front of the turret too?

Here are some pics of it on a Flicker stream (click both directions).
Operation Iraqi Freedom - M6 Bradley Linebacker | The displa… | Flickr

The main gun of the vehicle is a 30mm autocannon

On the new Linebacker prototype, yes. The original M6A2 Linebackers had a standard 25mm M242 Bushmaster cannon, as all Bradleys do.

I’d like to make the mount and IFF box, too. Would need dimensions and as many photos of all sides of each to do it properly, especially the mount. If you can point me to good photos of the top of the Stinger box and mount, that would help a lot.

Be advised I am in the middle of a couple of big projects at the moment so these would be February projects. Hope that will work.

I can wait until then and I will see what I can find for pics. If you had the Stinger box and mount, along w/the IFF box, you would have all you need for an exterior M6A2 Linebacker conversion set.

I’ll help with the pics. 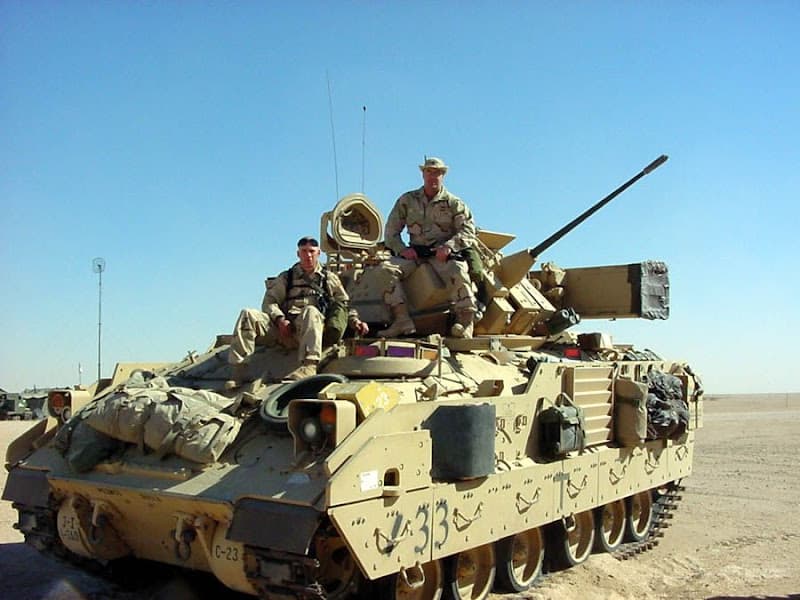 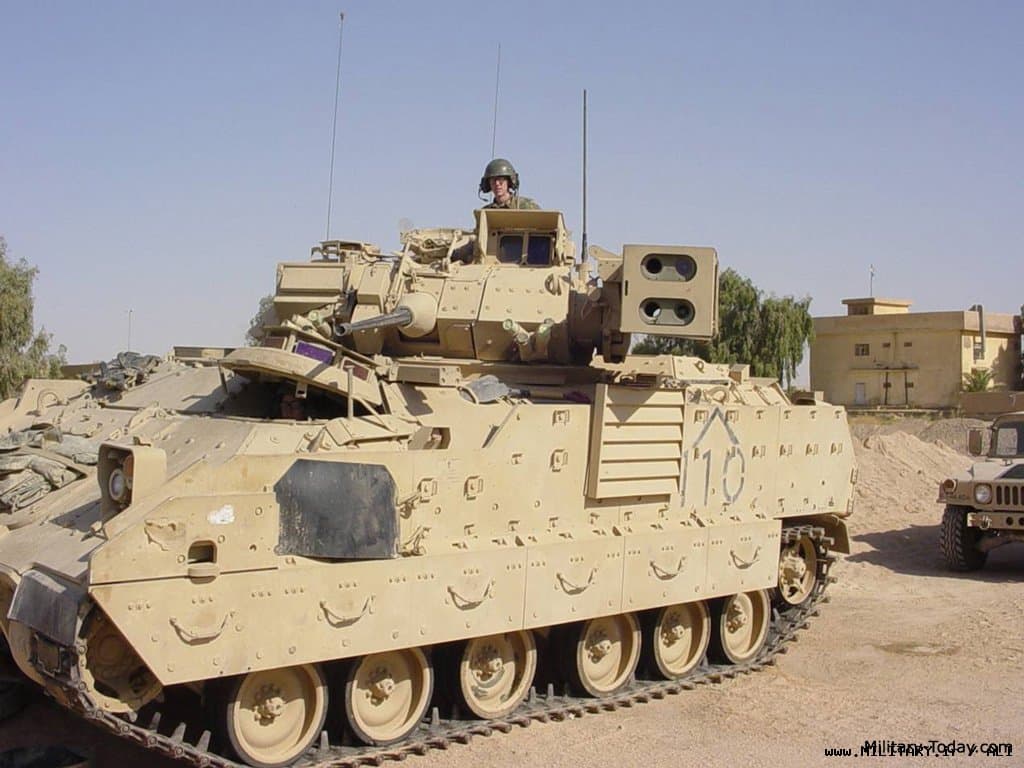 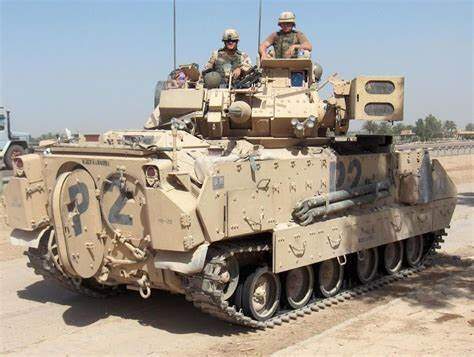 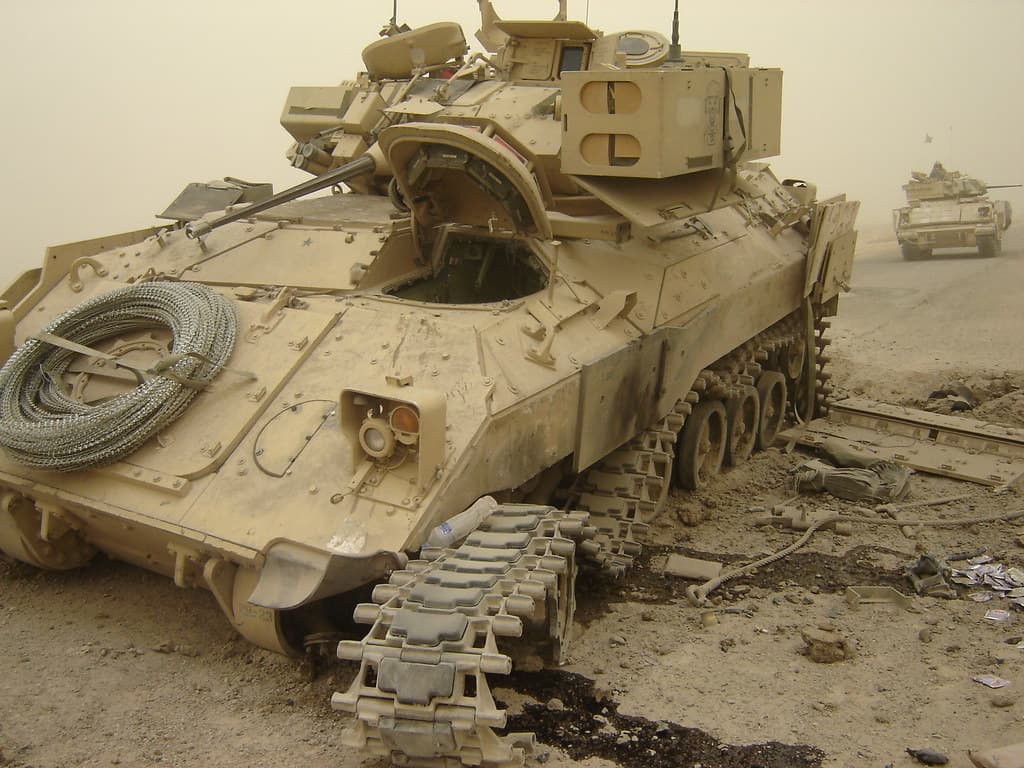 oh yeah, the gunner. I forgot

Everyone forgets the gunner lol … he is usually asleep with his face in the sight !!

Okay. Here’s the measurements that I got from my Avenger launch pod. 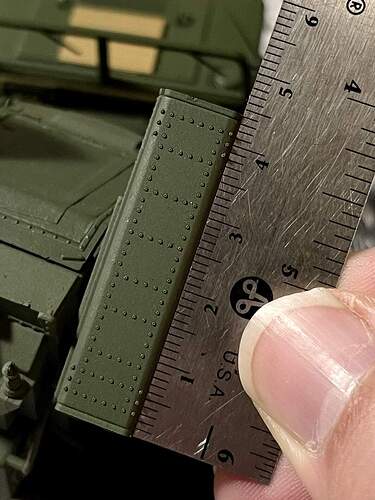 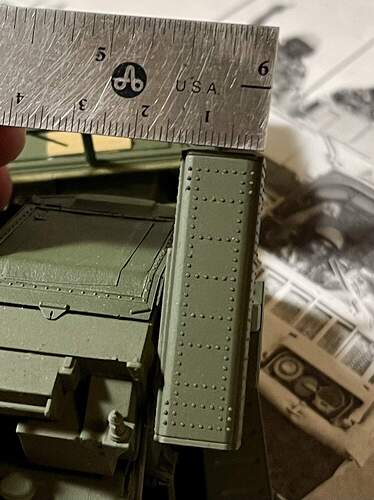 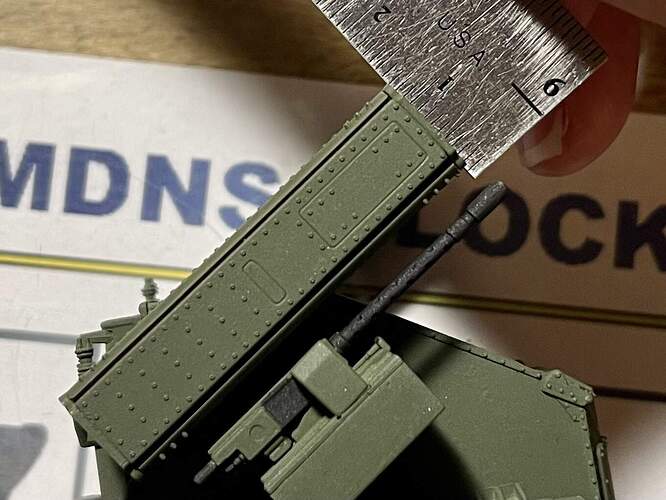