Mike! That would take care of shipping but then I would touch it!! Fins would be gone. LOL Wish there was an outline with some known offset that would guide a pencil or a knife for marking?

I’m not sure… I’ll just have to print it and find out how strong it is.

Well, I have to admit I would love to see your stuff up close and personal. Let me know what you had in mind.

Will do. I just need to figure out what to send over and when to stop printing.

Mike- Still thinking out loud here. Just more rattling from my head… what about separate replaceable fins? Print out an extra set of fins with some sort of locating hole and peg feature? Just a thought

I received my order from @MikeyBugs and they look great in gray resin!

The details of the 1/16 Mark 18 carbines are amazing as are the spare magazines that are included with them. Each carbine looks like an exact duplicate as they should.

Yes, @MikeyBugs can do it! He can print it, ship it, and deliver.

It may take some time, but @MikeyBugs can achieve your 3D desires and orders.

Having communicated with @MikeyBugs, I can highly recommend his products. They come with the 3D supports cut off and well packaged to avoid damage. Mikeybugs’ resin is light, strong, light gray, and super-detailed. His products are not a gimmick and his resin sure beats Shapeways’ resin. It’s well worth it and will definitely add value and uniqueness to any figure. Thumbs way up!

Mike- Still thinking out loud here. Just more rattling from my head… what about separate replaceable fins? Print out an extra set of fins with some sort of locating hole and peg feature? Just a thought

I can certainly try that. I’ll try both methods on my next print. Worst comes to worse, I can’t print the fins.

But I never posted a rendering of the AK-47 model I designed. And now I also have an AKS-47. And yes, the AKS comes with both folded and extended stocks. 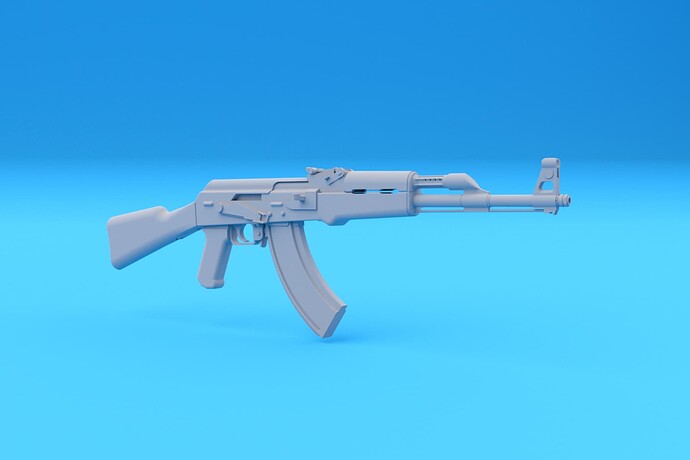 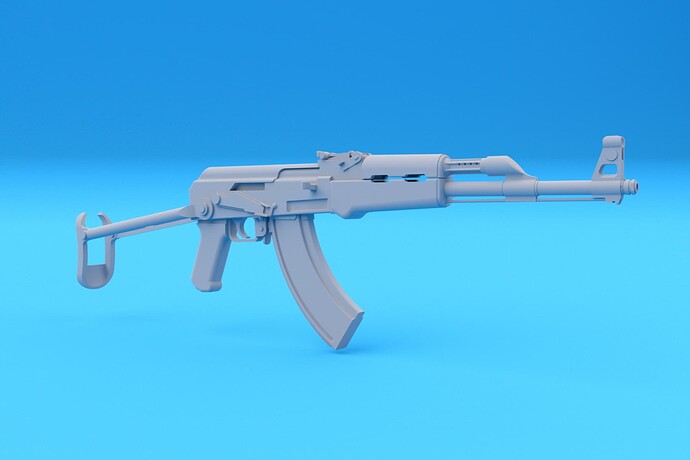 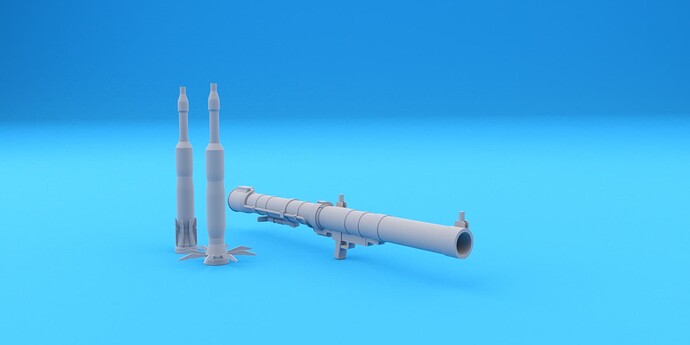 Just adding the idea of rendering a Chicom Type 56 AK rifle with the spike bayonet. 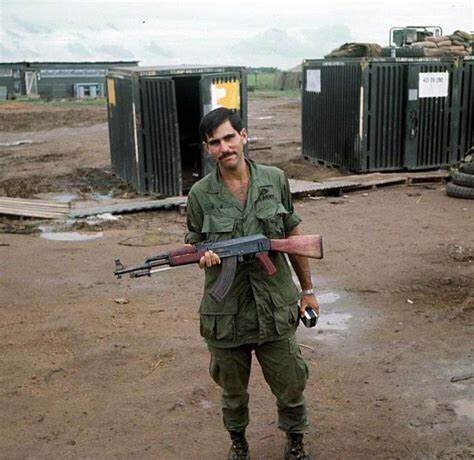 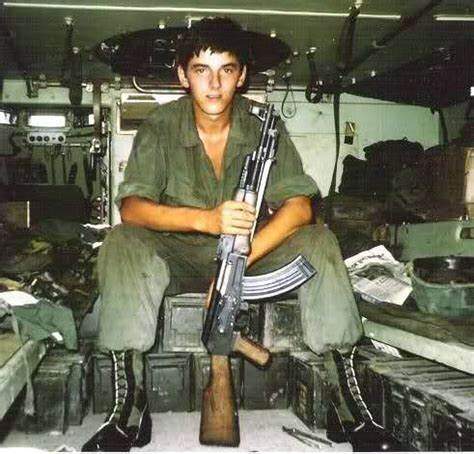 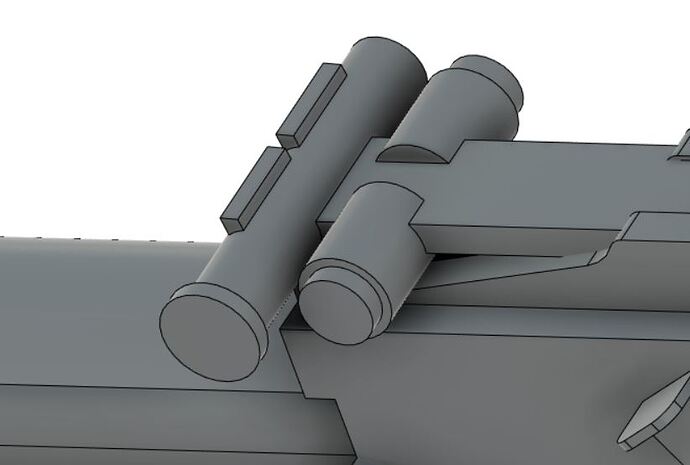 It IS a Type 56. It just shares the same designation with the Chinese version of the SKS.

The Type 56 (Chinese: 56式突击步枪; literally; "Assault Rifle, Model of 1956") is a Chinese 7.62×39mm rifle. It is a variant of the Soviet-designed AK-47 (specifically Type 3) and AKM rifles. The Type 56 rifle was designated by the Chinese military as "Type 1956 Sub-Machinegun", because the Type 56 took the role of SMG rather than infantry service rifle in the PLA in the rifle's early service years. Production started in 1956 at State Factory 66 but was eventually handed over to Norinco a During the ...

Oh, no not the picture you posted but the one I did. The render I posted is not of a Type 56 but of another AK-47 based rifle.

Yours would be a Type 2. 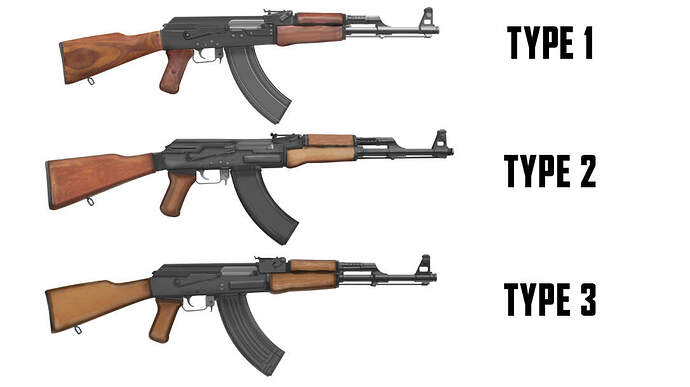 The Type 3 was the most common version issued to Soviet forces during the 50s, before the creation of the AKM in the 1960s. 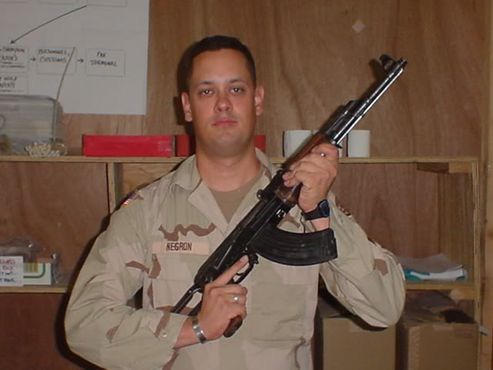 One of my favorites. The AKS-47 with the milled (Type 3) receiver.

Yeah the first one I made is a Type 1. It has the full size strengthening plate (?) beneath the rear sight base and strengthening ribs on the lower receiver. The AKS I made uses the Type 3 receiver. I also recently finished an AKM and AKMS about two days ago.

Ok, a render of the AKM is here! And coincidentally, I can announce that I have an AKM and AKMS to go with the AK-47 and AKS-47. 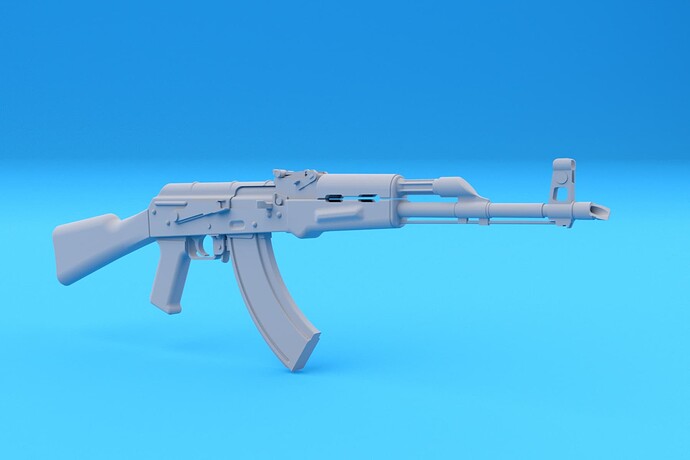 Nice. If they are anywhere near as detailed as the weapons I just submitted for review, they will be awesome.

So I’ve been working on a RPK for the last week or so and I believe it’s done. Unfortunately I just haven’t been able to get the drum mag worked out yet. Comes as Bakelite magazines and stamped steel magazines versions. The bipod is offered as both separate extended and folded bipods but I’m still working on the attachment method. 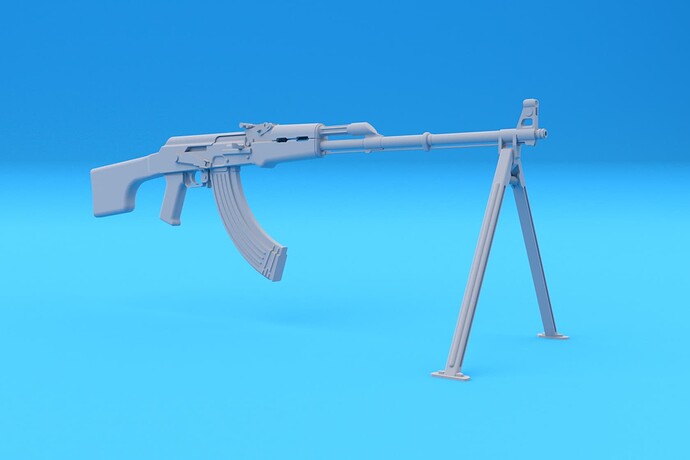 Yes, the backs of the bipods are solid but they’re also about 0.5mm thick. I’ll see if open back bipods will print though.

If anyone wants the RPK, a SINGARS radio set, the AK-47 or AKM, and just a few of the M4 series I have, along with a number of the other items I offer, I just put up more onto HobbyMarket. Unfortunately, the category selections are in greek, but at least it’s easy to navigate.
SINCGARS Radios
RPK
AKM

Not all of the M4 carbines or Mk 18’s or M16’s are up yet but I’m working on it. If you want anything not shown on the storefront, you can email me at

or simply shoot me a message here.

Unfortunately I just found out that the LCD screen in my printer is dead. I’ve gotten 3 failed prints with large sections printing where nothing should be, staggered prints, long lines running across the plate, and prints falling off the build plate. So now my printer is down again until I get another screen in… In 8-16 days. Including processing and self-installation that’s realistically 9-17 days. As a contingency, I bought 2 just to have a backup when this happens again that way I can simply swap the screens and move on without having to wait 2 weeks for delivery.

Bummer. Is this a common issue with printers?

Unfortunately yes. The LCD screen in my printer, and typically in these types of printers, only have an average working life of around 2k-3k print hours. I can expect to replace the screen about twice a year printing at the rate I had been. I’ve been looking at a 2nd printer that uses Digital Light Projection, or DLP, technology. It’s just a projector similar to what you’d find in a small home movie projector but using UV light. That has a rated useful life of around 20k hours.

Surprisingly the LCDs came in today! I wasn’t expecting them so soon so I’ll be installing them tonight and I get back to printing.

Ok now that my printer is working again, I was able to print a few orders and some additional things I wanted to print. I found that the RPG fins are very fragile and it was tough even cutting them free from the supports. I think I over supported them. But I did manage to finish the MT-6353 with the AM-7239 that I started shortly after I finished my SINCGARS set… 6 or so years ago. If anyone who previously ordered a SINCGARS from me wants one, I’ll print it and send it out. From here on, one is being included with all SINCGARS sets ordered. 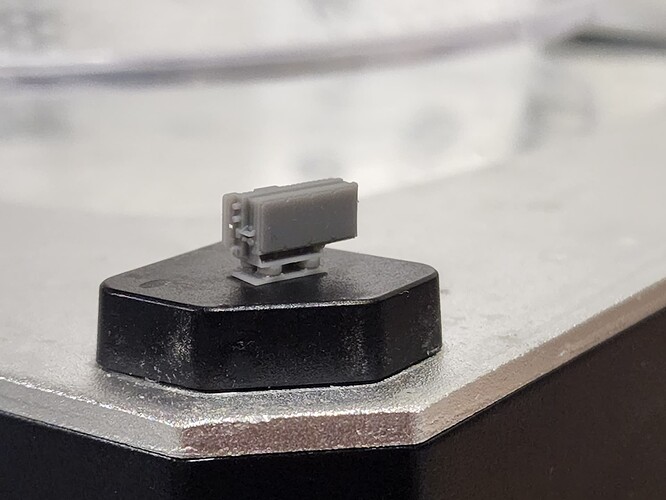 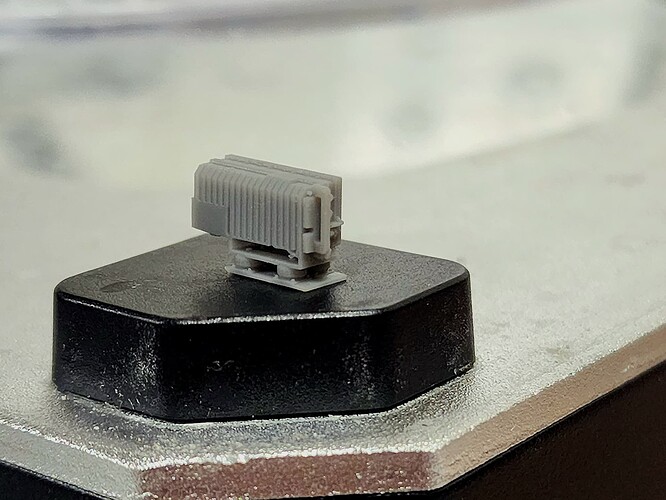 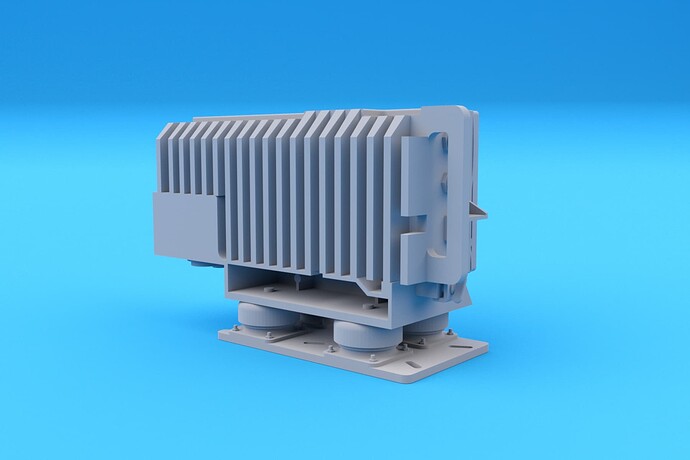 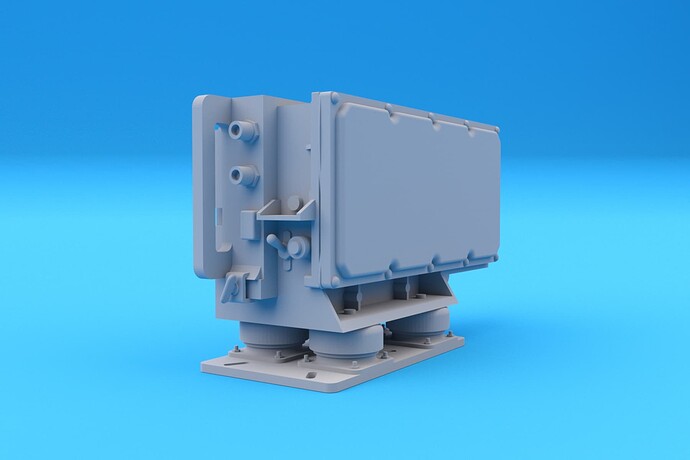 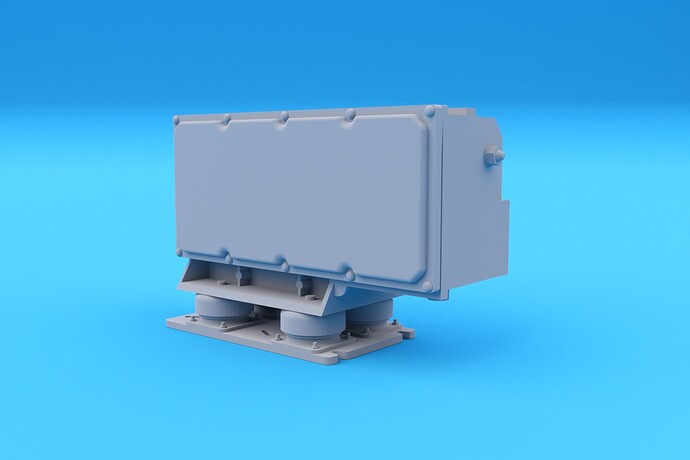