watching the developments in Ukraine and i was wondering what armour is being used by both sides? i have see some Russian T72 and possible T90 tanks but what versions and are they available in 1/35 scale. what about bmps? are the Ukrainians using T64bv, tanks

i haven’t built modern soviet armour in a whike so i thought i’d ask all you experts out there, I’m guessing trumpeter has the best selection but i could be wrong.

I’m just looking for kit options not armchair generals, thanks.

David I know the Ukraine has the T-84 which I think is an outgrowth of the T-80, not sure exactly but they also have T-64s.

In addition to the 2S19’s there was a column of 2S3’s rolling through a town. I even saw a photo of 2S1’s loaded on a train but although it says they’re staged for Ukraine I can’t validate its authenticity. There have even been fake videos of events that occurred during other conflicts, including the shooting down of a Russian plane that was actually footage of a Libyan fighter shot down in 2011. If 2S1’s are indeed being used I only have three in the stash. Ordered a few Zvezda kits last night. In a different thread I opined that the latest Zvezda kits are some of the best kits out there right now. We’ll see how long it takes for them to arrive.

I’ve heard many great things about the zvezda T-62 and would love to buy one but I have a couple in the stash now.

Not too much footage seen here in Germany. A column of destroyed Ukrainian vehicles with MTLB/ZPU-23-2, ZIL trucks and SA-15/9K330 Tor, 1V14 command post vehicles leading 2S19 column,Russian Kamaz trucks with big white “Z” marking painted on as IFF, before the crisis BMD-3 and -4.

I seen one video clip where I recognized a TOS - 1 multi - barrel rocket launcher on T - 72 chassis. Those fire the thermobaric missiles, I beleive. Trumpeter makes a couple of different variants. Bad news for the Ukrainian army if the Russki’s bring those into play. Also Trumpeter makes the Ukrainian T-84 Oplot and the Modified T-64 Bulat MBT’s.

@davcon5 i have heard of those weapons but I’m not sure of their purpose, do the create a pressure wave that kills infantry or are they deployed against armoured vehicles?

Saw some CNN video a while ago. Saw a supposedly knocked out Ukrainian BMP-1 and T-64BV. Saw a different video of a column of 2S1s rolling down a hiway. Also saw a knocked out Russian 2K22 Tunguska with the white Z marking. I’m guessing that the Z is the 2022 equivelant of the 1968 white cross during the Prague Spring invasion.

Lots of photos and videos to be seen here

I think use of these weapons should be considered a war crime.
https://www.youtube.com/watch?v=P-wIbmLnMwQ 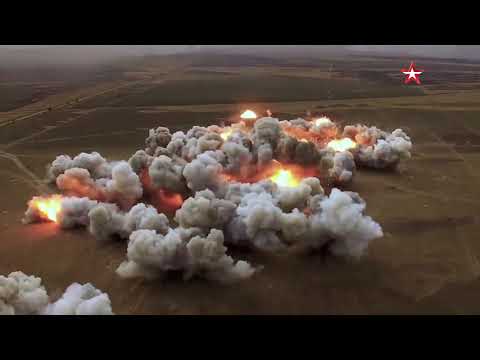 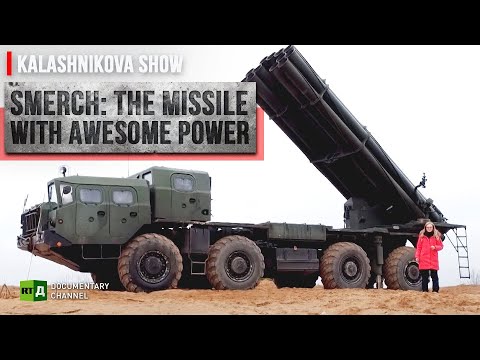 I’m thinking about our Ukrainian friends at MiniArt and ICM.

Unfortunately, there is about 15 or so model companies in Ukraine (keeping it modeling focused).

guys i appreciate it’s a hot topic but can we stay “on topic” regarding kits please, thanks.

They have a sh*tload of T-64 including T-64BV & T-64BM. Check the Russian site “Lost Armor” with it’s tally of destroyed armor. I was surprised to see a destroyed T-80BVM (“Lolly Pop”).

@Blucop do you have a link for that site please. 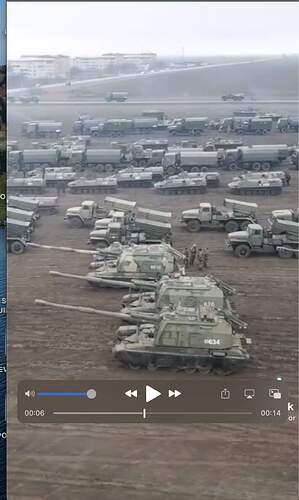 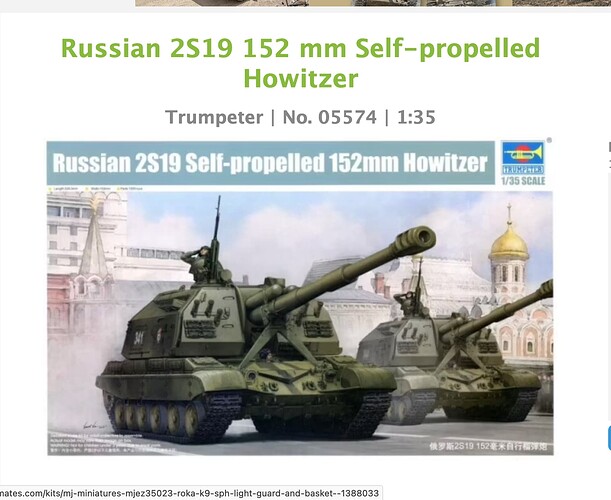