Based on this thread:

For a second, I thought that M1A2SepV3 was painted in Panzer Gray. That should be a fun to paint and weather. 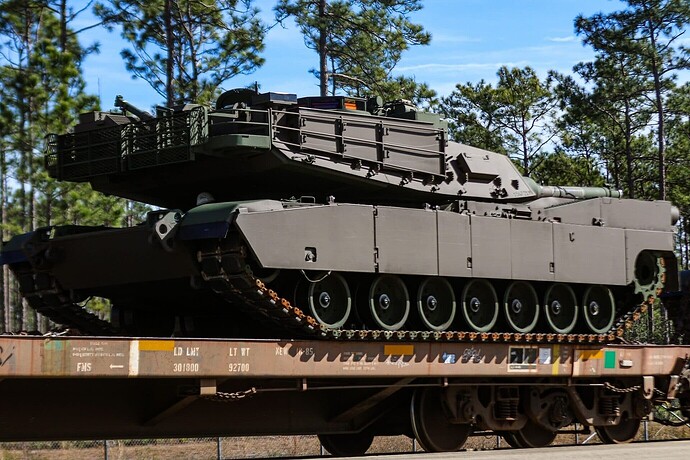 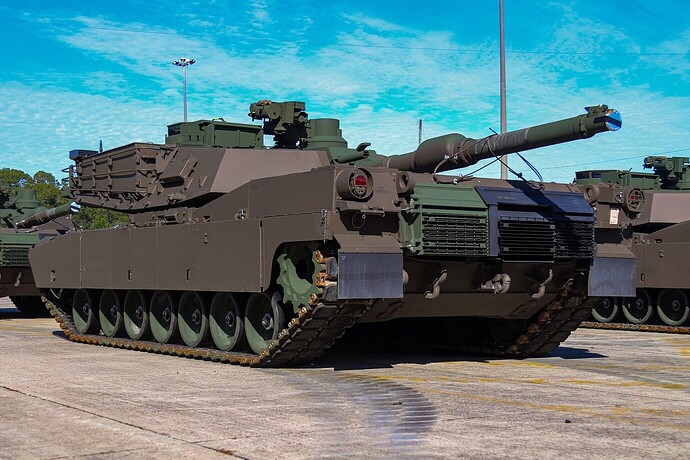 Shhhhh!! For Gods sake!
Don’t give some Hoollywood producer
silly ideas about using Abrams tanks as
stand ins for Tigers or Panthers

LOL! It’s not like there isn’t a history of of Hollywood getting that sort of thing totaly wrong…M48 Patton as “Tiger” in 1970 Patton movie as example.

Well,in all fairness,in 1970 there werent a lot of panzer 3, Panzer 4, or Tigers around when they filmed Patton.

Well only 1 Tiger running anywhere in the world and I would imagine Panzer 3 & 4’s are in the low double digits even today.

True but they could have slapped some plywood and paint on at least Kelly’s Heros style so they didn’t look exactly like M47/M48’s.

IN Kellys Heros they used T34s to look likeTigers

The Kelly’s Hero’s “Tigers” were T-34s, as you prolly already know…,

Next time it’s on, check out the M1 Abrams in the opening scene of American Sniper. It’s a disguised M60….

Didn’t they use M60 chassis made up to resemble M1’s in
‘Courage Under Fire’?

Some Googling later:
https://www.imfdb.org/wiki/Courage_Under_Fire#.22Faux.22_M1A1_Abrams
It was old Centurions.
I remember being annoyed by the missing road wheel and the slightly “off”
proportions

I’d forgotten about that one.

That movie was filmed in Spain, so they were using Spanish Army M48s. 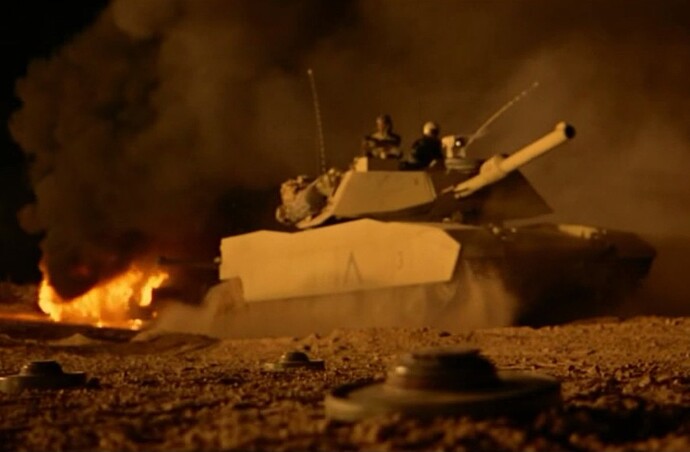 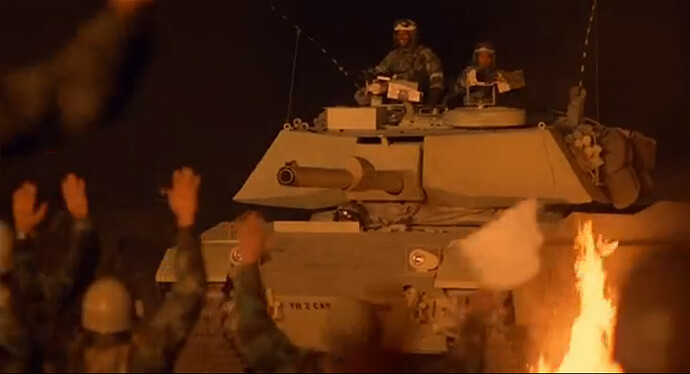 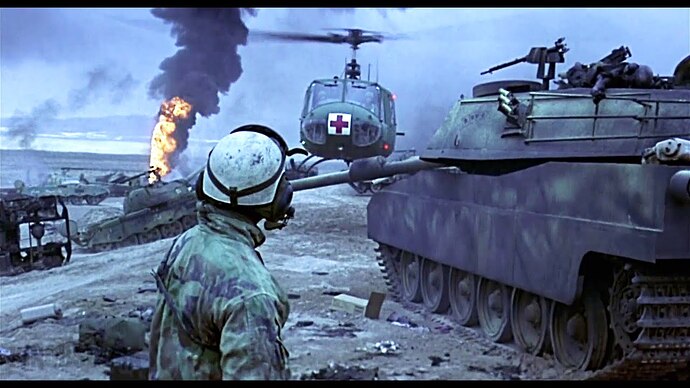 In reality, today they would just CGI the tank.

Hey Uncle remember The movie Red Dawn? They had Sheridans dressed as Russian tanks . I believe the even had helicopters as Hindes. Supposedly the government contacted them and asked how they got the enemy equipment.

Those mockups looked a little bit better looking than the ones in “Courage Under Fire” IMO. Though it looked taller and narrower than an actual Abrams. The gap between the hull and the turret was the thing that bothered me the most about it. 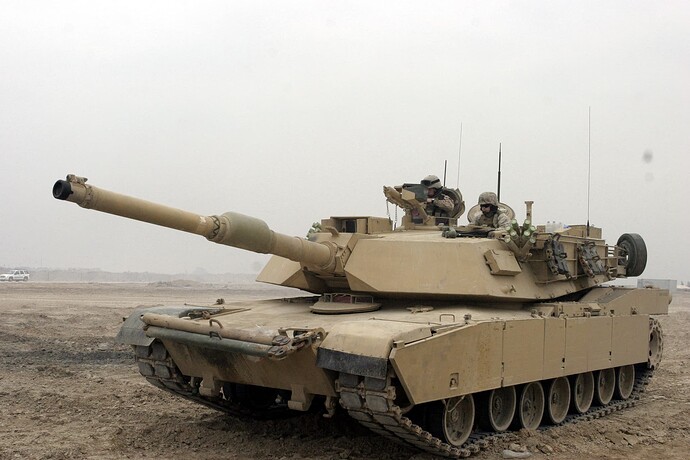 The only two times i’ve seen actual Abrams used in movies was in: 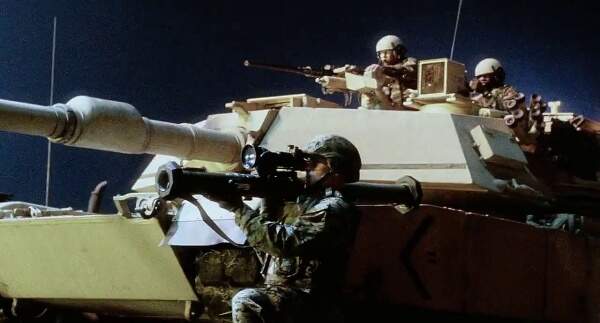 War Of The Worlds

Transformers - Revenge Of The Fallen (one of the biggest showcases of American military might in a movie IMO. Michael bay pulled out all the stops on this one; M1 Abrams, M2 Bradleys, couple M113s, M142 HIMARs; pretty slick). 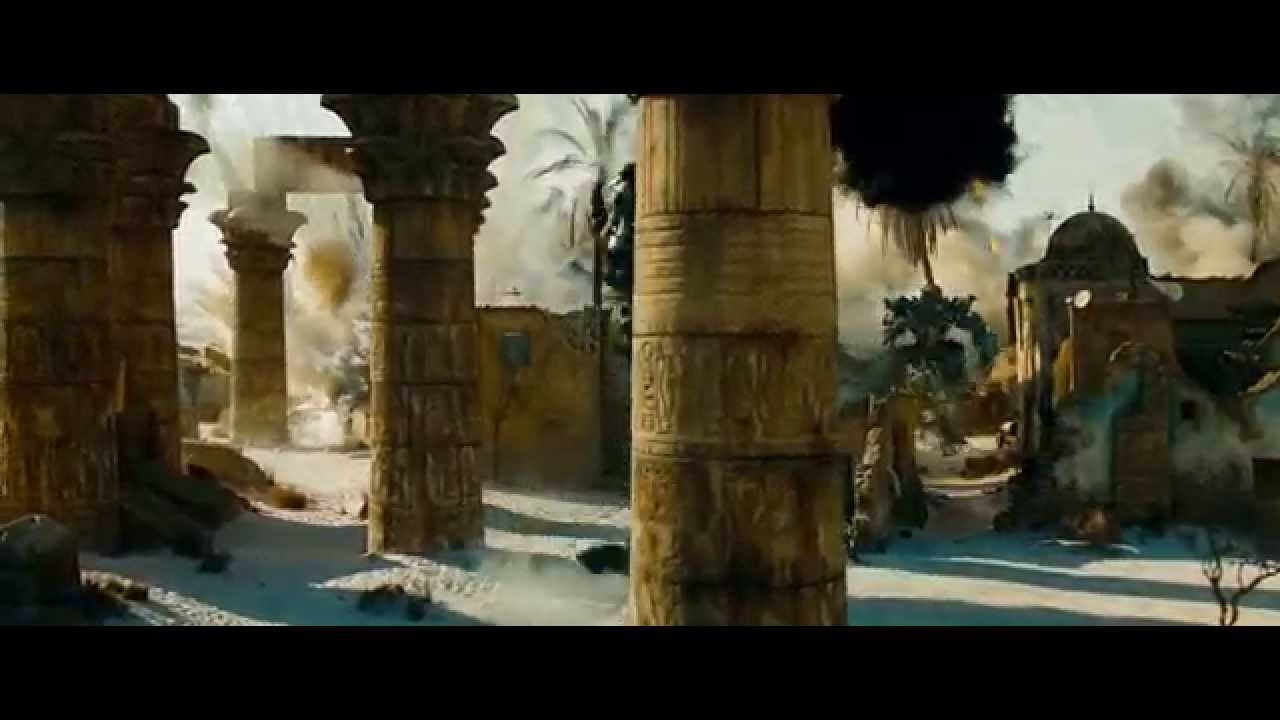 Battle Los Angeles - An M1A1 AIM from USMC 2nd Tanks has a brief cameo in the movie, since it is quickly taken out by the aliens.

An additional note. The US Marines 2nd Tank Bn was present in the filming of "War of The Worlds’ as well.

I was very impressed when I first saw Kelly’s Heroes, in that the producers had actually bothered to replicate a Tiger. I thought they made a pretty decent job of it.

It was some years later when I saw Night of the Generals - a film which actually pre-dates Kelly’s Heroes by around 3 years or so, and noticed that they too had bothered; again, T-34s mocked up as Tigers, but a pretty good effort I thought, not least as they were making some of the film in what was still Communist bloc Poland, so someone there was making quite an effort.

They also made a passable attempt at what was a Panther later in the film. I believe based on an M24.

Anyway, filched from the www:

I must admit, I always enjoy Night of the Generals - all those German uniforms, attention to detail and Peter O’Toole as an excellent - eventual, Waffen SS officer (and the ultimate man-management quote, “Nobody rots with me”.)

In reality, today they would just CGI the tank.