Any opinions on Panda Models? I’ve never seen one let alone built one so I’d like to know where they fit in on the 1-10 modeling scale. This is the frustrating part of not having any more brick & mortar model shops …the ability to see prior to purchase.

Currently building their three German variants of the Lorraine chassis. I’d say they are similar to Academy in detail and buildability. I was lucky enough to get the ones with metal tracks included. 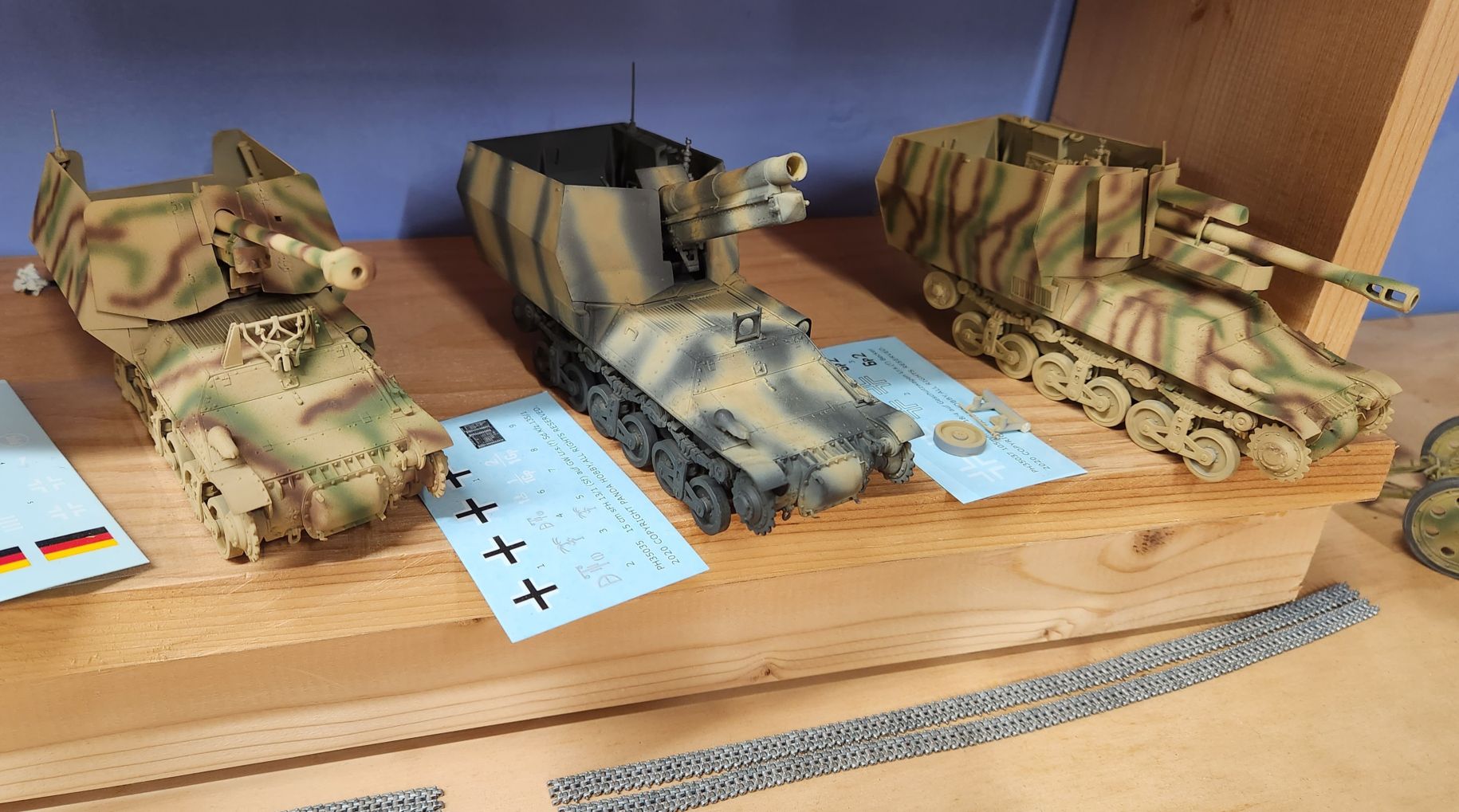 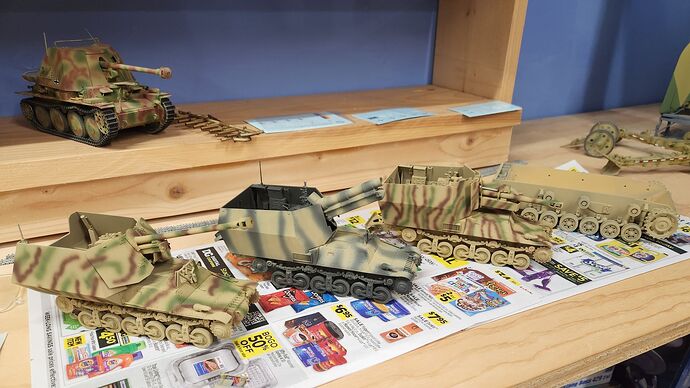 Thanks for your reply. Your builds look great.
After I made the original posting I, (in my usual backward progression) found two reviews of the exact Panda model I intended on purchasing. Note to self: always check the Armorama reviews first.

I tried to build a Panda model several years ago, it was a MRAP if memory serves me right. None of the parts lined up correctly. I had to open up the guide holes for parts to fit. It was just a total mess and I ended up getting frustrated and tossing it. I have a couple of other Panda kits in my stash and I am hesitant to build them. Maybe the one I had was a one off but it was terrible.

Same experience as Ron. One of the very few kits I bailed on and binned. On the other hand some of their later kits were not that bad, at least buildable. Friend of mine is working on their M1 Abrams and has had no issues to speak of.

I have promised myself not to spend money on a Panda kit after my experience with their 2S6M Tunguska.

On the plus side, uinique subjects, some good photoetch and some of their kits could be better than the one I worked with. I wanted to but their M1 Abrams kit but just could not, thinking of the problems with the Tunguska.

I did a Panda BMD 2 in late 2021, the plastic was little off and it has insanely small indi link tracks. That being said it built up into a respectable little kit after adding some etch and scratch to it. 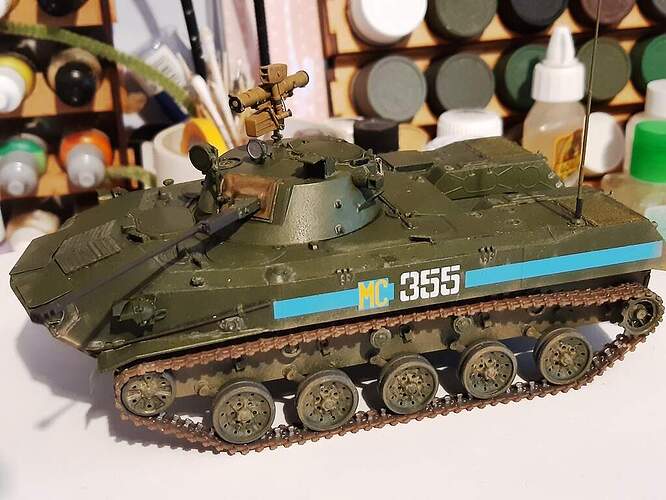 I can understand being gunshy of their kits after a bad experience – that’s me and Alan kits. Unfortunately, they were my only option for the 15cm sFH 13/1 and the 10.5cm leFH 18/4, but they weren’t bad as builds. Not great, but not bad; so if you want either subject give them a second consideration.

I have a Panda M1240 MATV that i bought a few days before i got my hands on the RFM one. After reading some of the reviews, i am a bit concerned about building it.

. It looks pretty good when built, but it’s not an easy build, specifically the suspension. Pin holes don’t line up that well, and other various openings are not clean cuts, so kept the knife, pin vice, and files handy during the build.

So - regarding your question, I might give this kit a 6.5/10. I’m a bit torn here as I really like the results but also do a fair amount of scratch building, so I didn’t really mind the hassle of forcing the kit to work in some places all that much.

But not knowing what type of project you like to build, I don’t want to give the wrong impression - it’s not an easy build, but the results can pretty good: 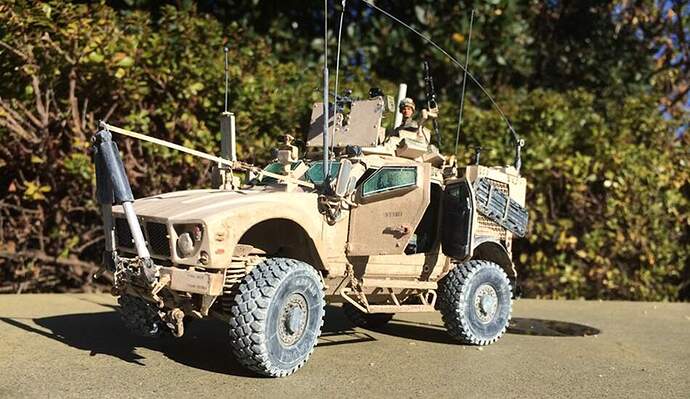 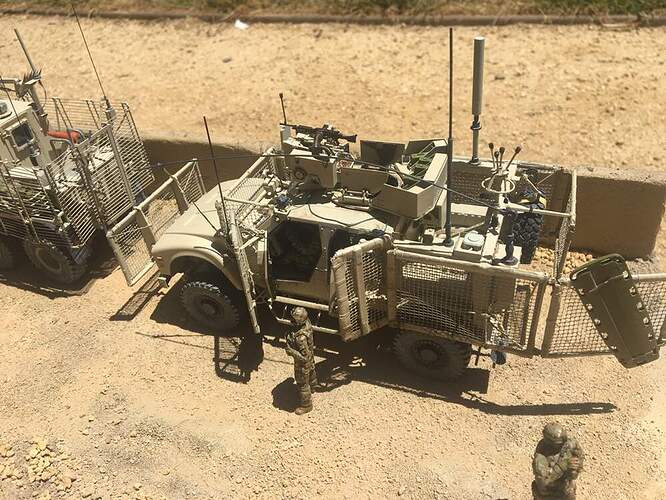 Each of these represent a specific vehicle - so the details are unique to the truck, but the base kit is the Panda MATV.

Did you scratch build the Q nets on your MATV?

Nice looking RPG net. Could you explain how you have build it, size of the net squares ? Photoetch ?

Thanks all for the responses.
I have the Panda BMD-1 kit.
I believe it’s from 2014, so its got its problems.
Fortunately, the problems are well documented.
It can’t be worse than the Encore Wz 34 Armored Car, (thats the 1 out of 10 on my list)

The RPG screen is scratch built, please see below: 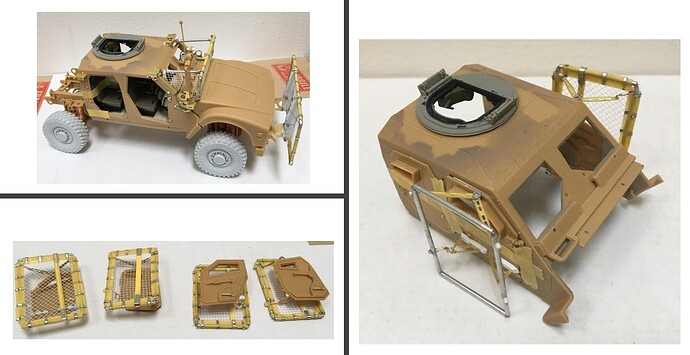 As you can see this system was cobbled together using evergreen, metal rod, K+S alu tubing, remnant photo etch, tamiya tape, thin lead foil, and the mesh - unhappily, I can’t tell you too much about the mesh. I think it was just some material I had handy.

I have Panda’s MRAP as well. Will work it the best I can one day. I’m also hoping there is plenty of aftermarket to bring it up to date and/or add some accuracy. I’ll be adding an AML 90 turret to represent what the country of Djibouti once had in their inventory.

I found their M109A7 to be one of the worst researched modern vehicles I’ve ever seen. Sure, with a LOT of work, you can make it into what it’s supposed to look like. But a kit based on a prototype and missing many features? And no, I’m not talking about a few bolts heads and some missing cooling slots.

I kinda got sidetracked when I left for Wisconsin, what with the aged cheddar and the New Glaris. Plus I keep getting distracted by the next shiny object. Hopefully I can stay focused and get this back on track for you guys. As a refresher, here’s a link to the old thread: For any Noobs out there, the Panda kit leaves much to be desired, being based upon a prototype. So, it’s time to replace and add several of those large washers on the turret. Here’s what it should look like: [image] Y…

I have found that Panda is not an easy build. I’ve put the HMMME on the back burner for now three years.