I am aware of the rules ( European ? ) prohibiting the representation of swastikas - offensive to many and rightly so . I have several kits from a European manufacturer that do not show the swastika on the box art and on the painting / marking guide the locations are shown with an incomplete swastika
yet the on decal sheet itself their are both the
“ swastika in pieces “ thus complying with the rules
and complete swastikas which would seem contrary to the rules . Can anyone explain this ?
I hope this is not misconstrued as a condemnation of the rule or the manufacturer for supplying complete swastikas - I’m just curious about the logic or lack there of.

As you observed it’s the way they can skirt the law about displaying the swastika. Breaking the decal into pieces allows them to adhere to the law but allows the modeler to have the markings if he so wishes. It may also be the case that kits sold for export will have the swastika pieces but those sold domestically will not. Again allowing the manufacturer to adhere to the law by including them for those outside the area where the prohibition is in effect.

Before this goes a bit off track, it’s not PC or cancel culture. Back when I worked in a LHS we get in the Revell from Germany kits and they all be missing swastikas and blacked out boxes and instructions. This was back in the early 80’s. Microscale to the rescue and back then their decals usually had marking for about 3_4 aircraft (depending on scale) and I think we were we selling the sheets somewhere around $3 to $3.50 a sheet. Yup, back in the day when Taco Bell had .39 cent taco’s that were decently sized. Sometimes I wish I never grew up…

I don’t build WW 2 German equipment and wasn’t aware of this. It got me thinking. I did a quick search of some recent movies set during the war and the swastika appears regularly. The same occurs on any number of book covers. I suspect that model kits have been lumped in with general manufactured goods and the prohibition is an effort to discourage the production of Nazi themed merchandise. But it’s just a guess.

Not referring to PC or cancel culture. There are laws in the EU and Germany in particular that prohibit the swastika.

Decades ago I saw a 60 Minutes special on German neo-Nazis. They couldn’t depict the swastika so they used four lines as an abstract reputation.

I watch lot on the History channel. What’s the difference? You can’t rewrite history. I know the history and the sentiment. But I struggle to understand the logic behind the rules. Sure understand political groups etc. But we are modelers representing history. We can buy and build a kit that represents Michael Whittmanns tanks. Where do you draw the line?

I believe there are now exceptions to allow swastikas to be exhibited in historical contexts for educational purposes. The Finnish air force has (very recently) dropped the swastika from its coat-of-arms but now has period-correct markings on its historic aircraft collection, something kit manufacturers still avoid. Similarly, inter-war Latvian Air Force markings have to be sourced from after-market suppliers.

If we step outside our own subculture and view the whole thing from the outside I think it goes like this:

The fact that we do not build models that way, do not “fly” them in our backyards doesn’t matter. Our opinion about our hobby being a serious historic endeavour doesn’t fly as far as the lawmakers are concerned.

Then it must have been a regional/distributor thing because I never bought a German aircraft without the tail marking until I started building again about ten years ago. The stuff I built in the late 70’s/early 80’s had them. As a matter of fact, the only aftermarket decals I ever bought back then were a set of Microscales for the Monogram B-17G in 1/48. This was in the Florida Panhandle near Pensacola NAS and Eglin AFB, so I guess the people there expected to see warplanes with proper markings and me having swastikas on some of the planes in my room struck no one odd.

As Montana lives in the same country as I do, you’d think the laws would be applied across the board but as I was noting to him he had no swastikas in his kits yet I did. Maybe it has to do with where the kit was produced before getting to you but I bought kits from the U.S., Japan, and Europe when I was young. I did buy Revell kits in the 80s but perhaps none of mine were from the German branch of the company?

This is the reason why you might see these sorts of packaging in the US.

As for the “why’s” and “where’s” and “applicable laws”… Those are all matters of indigenous politics, ultimately they’re expressions of the wants of the citizens of those countries.

One might rightly argue the merits of free speech vs. governmental censorship, but if you’re not a constituent of the sovereign entity that conducts such censorship, your “vote” doesn’t really count. Debating those merits here in a group as internationally diverse as we have on KitMaker is only likely to devolve into personal arguments resulting in a closed thread.

The ban of swastikas goes back to the 1980´s. Here in Germany, we have a passage in the lawbook that bans the swastika in every form. Paragraph 86a Strafgesetzbuch. Also othe Nazi symbols like the SS runes. The main purpose of this is to prevent “worshipping” of Nazi times. My late dad collected swastikas in a stamp collecting album, that I still have.

Here is a wikipedia articles that explains it better.
https://en.wikipedia.org/wiki/Strafgesetzbuch_section_86a
The problem ist that the “fascination” for Nationalsozialismus is inherited from generation to generation. My dad and my recently deceased uncle spend time in Hitlerjugend and told that the Nazi organisations where fascinating for young people. In later times, at family birthdays, talks came up that we need again a “good” Hitler. Of course you can show swastikas on a model show, but only for “historical correctness”, not to praise the ideology…

Visitors to India can see swastikas all over the place. 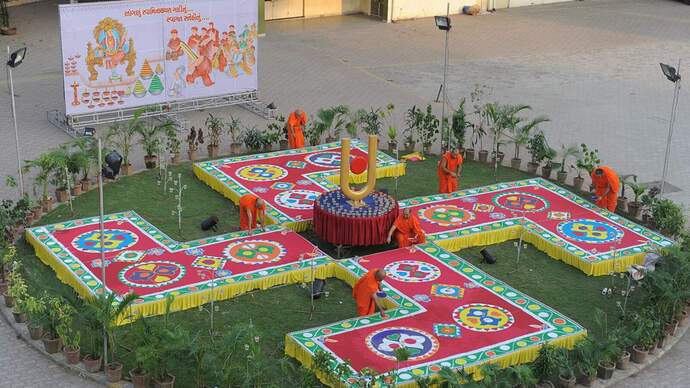 The swastika was ancient before Alois Hitler saw Klara for the first time. 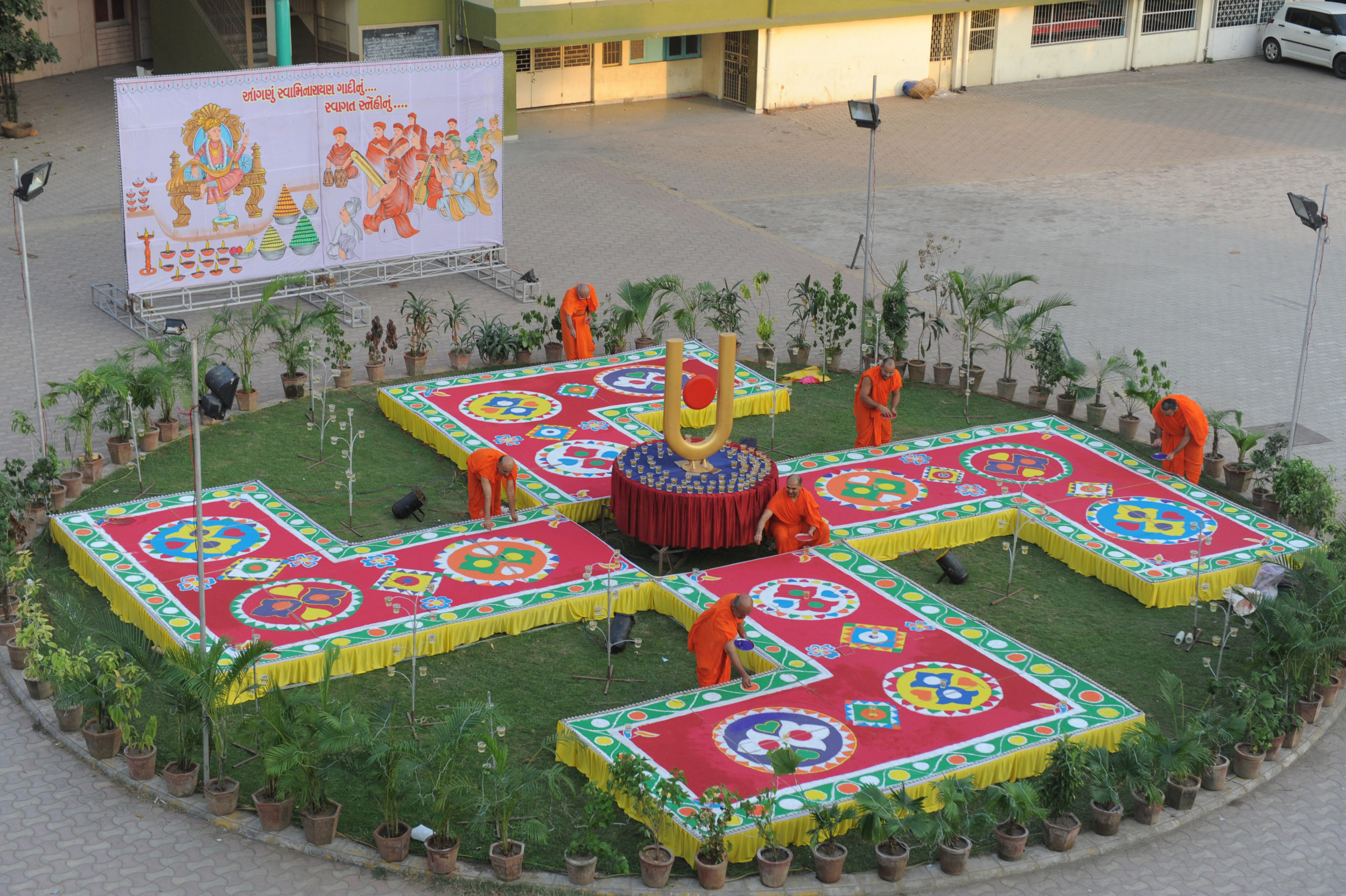 Swastika, NY town board votes to keep its name, cites use in Hindu, Buddhism

The controversial icon has religious meaning to Hindus and Buddhists that predate the version of the symbol used in Nazi Germany.

Just to clarify the reason I posted my query …
It was not my intent to promote one position or another regarding the ban on the swastika symbol ,
nor do I wish it to devolve into a political discussion or worse . I am simply looking for some sort of explanation or opinion on the rationale of including the politically correct and legally compliant “ pieces of swastikas “ and the apparently non-compliant
complete swastikas on the same decal sheet .
As others have noted, it would seem that perhaps only the kits destined for markets that have different laws include the complete symbols. If anyone residing in a country where the symbol is banned has a kit that includes both incomplete and complete swastikas it would be interesting to hear so . Keep it happy folks - it’s just a hobby albeit a passionate one for some of us .
Cheers- Richard

Then there’s this shop in Pakistan… 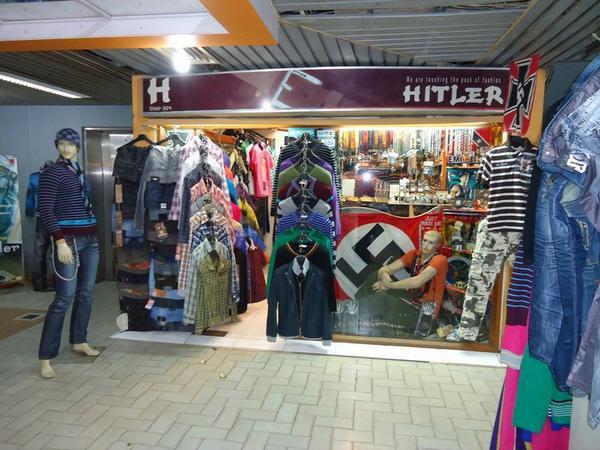 Are the complete and the ‘to-be-assembled’ symbols on the same sheet?
Maybe the importer needs to have staff tasked with cutting out the complete symbol before
shipping to retailers …