Group Build Description: This campaign covers everything that is in the Sci-Fi universe or the alternative history.

This could be anything from Star Wars, Star Trek, or any other Sci-Fi franchise.

Any scale or medium is allowed.

Kits cannot be more than 25% finished unless they are unfinished projects from the previous 8 versions of this campaign.

Completion Award: Medal will be awarded of all that finishes the campaign. I will keep track as with previous campaigns.

I am not sure, but I think I started with these during one of the earlier sci-fi-campaigns?
Do you remember seeing those, Jesper? 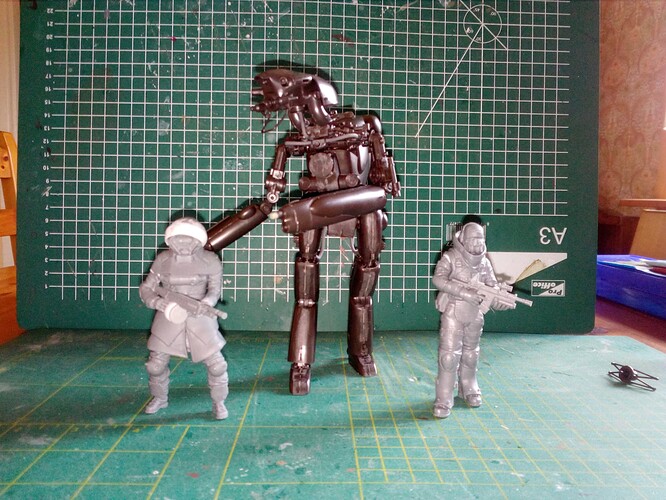 They are primed in black now…

Hi Jesper, glad to see the “part-bakes from previous versions” rule catching on!

You need to edit your post, click on the Settings gear at top right, and create an event to get the “Going” buttons added. (Be sure it is on a fresh line, as it tries to attach the code to the last paragraph which makes it appear as text rather than buttons - I find I need to insert a carriage return in front of the code after it is created.) Seems odd to have to do the event creation twice, in different tools, but that’s just the way it is…

@Yeahwiggie, I think I recall the walker some campaigns back, but not sure. In any case they are approved for your build for 2023 if you want to.

@barkingdigger, thanks for the tip! I could not make it work despite following the online manual, but now it works! Thanks

Thank you sir!
In that case count me in!

Excellent, Ron! Great to have you onboard!

Count me in, I haven’t participated in such an event before. I will have some extra time recovering from my hip op, end of this month. I have some kits crying out to be built.

Hope the hip works out great!

Any thoughts on what kit(s) to build?

I’m definitely building a Robotech “Macross” kit, just which one is the debate. 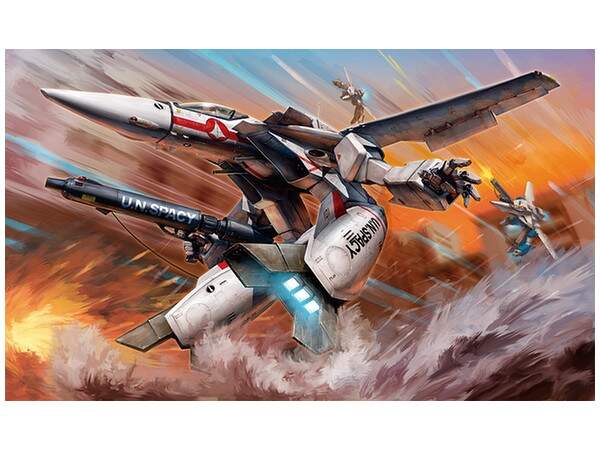 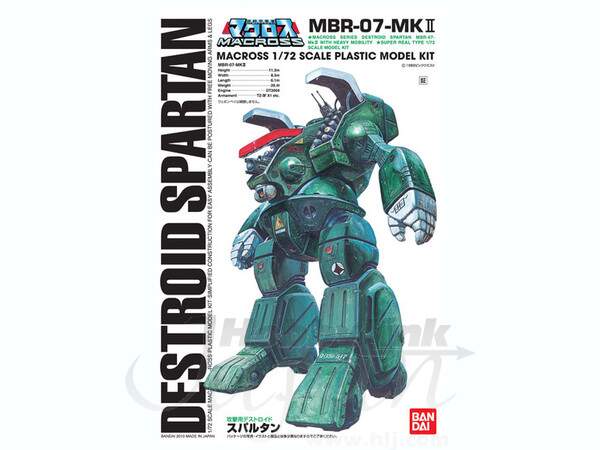 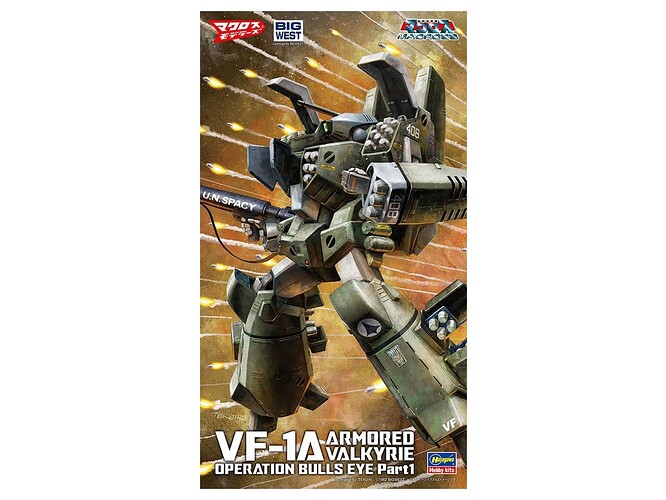 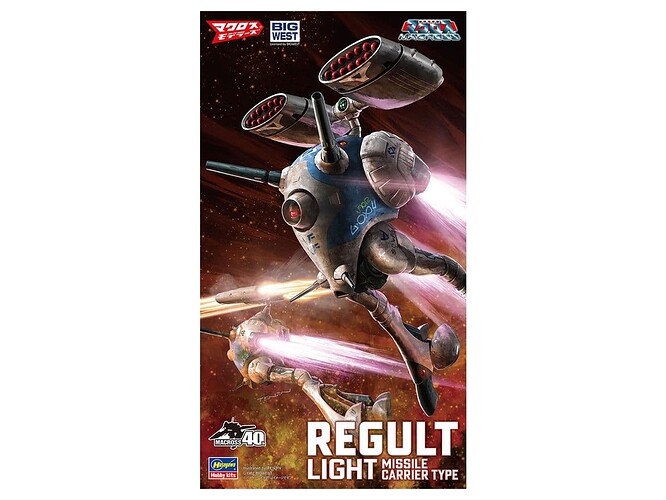 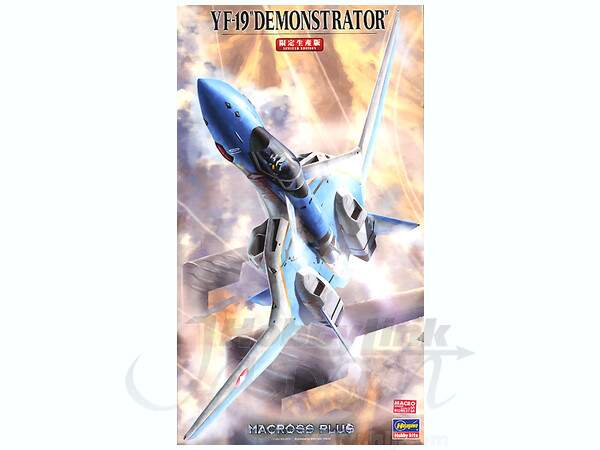 Are some of my options…

Will have to ponder some more.

I’m in. I don’t know what to build yet, but I do have many Sci-Fi kits.

Count me in.
I’m signed up to do the Defiant in the other SF campaign, so I’ll get that Kazon Raider finished up here.

Would TRex’s vs Shermans work for the campaign? Alternate Pacific War diorama.

Impressive stash, Gavin. Quite some choices!

Great to have so many onboard already! Welcome all!

Would TRex’s vs Shermans work for the campaign? Alternate Pacific War diorama.

That would work perfectly! Would love to to see a Sherman and T-Rex wrestling 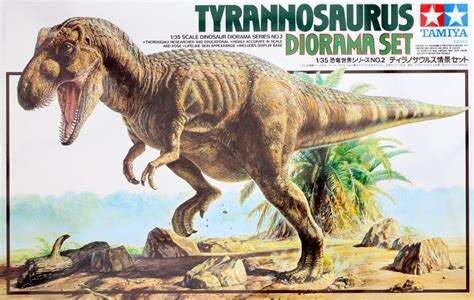 I was thinking of using this dino…but am not sure of the scale of the tank…I am leaning toward 1/48, 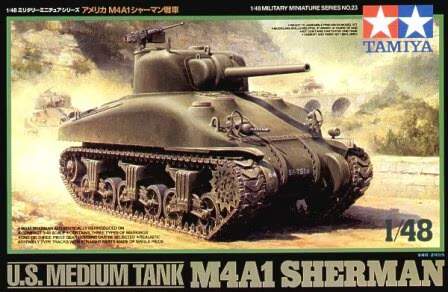 so the dino will be much bigger than the tanks, and using 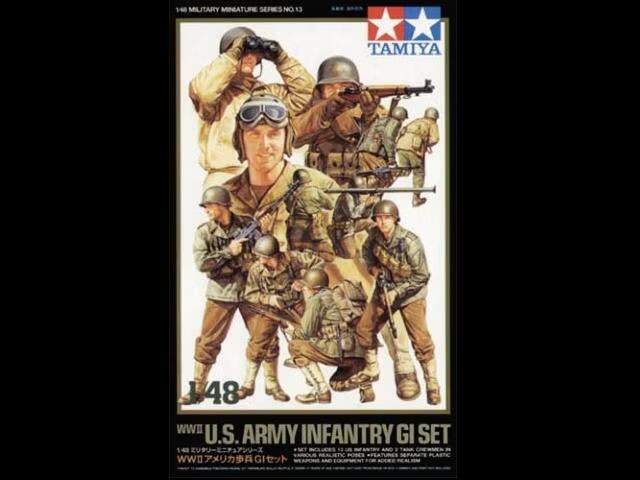 for some infantry support.
I would like to use Marines, and I realize that they infantry would be wearing European theater uniforms…I cannot find any others, plus after all they are fighting T-Rex’s, so does not have to be 100% accurate…lol.
I have never worked in a scale smaller than 1/35…hope I can see the parts.

You have to use TRex track for the Sherman. 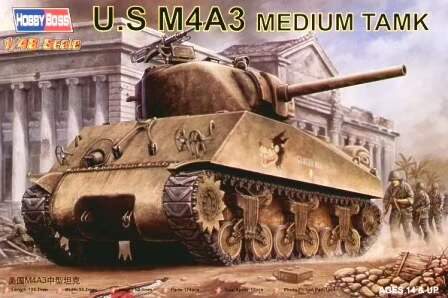 I think I changed my mind and will use this one, and stage it in the Philippines with the famous Classy Peg. Does anyone know if it also comes with plastic light guards in addition to the PE? I am not crazy about PE in 1/35, let alone 1/48.

Will gundam haro kit count? Part of the gundam universe. Got one in the stash i need to clear out.

PE only, no plastic option that I could see in the kit.

TRex makes a 3D printed set to replace all the pe parts. That would an awesome mix of kits. I think it is no problem to mix 1/48 and 1/35 Dinosaur. It would just be a really big dinosaur