Brian, sorry to hear, but hope all is good as can be in real-life.

Maybe the next sci-fi campaign for 2023.

If you want I can make an extension until the end of the year,

If that is an offer to the group as a whole, I’ll take it. I’ve had too many ideas and false starts during the currency of the campaign, but I am hoping to have a little something ready by the current deadline. I’m not saying what as I’m a bit superstitious (“Praise not Ale until it is drunk, a Maid until she is bedded, or a Day until it is ended.” or something like that - old Viking saying) and it’s fighting me. It’s actually a spin-off from another idea I wanted to try but which has currently defeated me but which I might be able to bring in by the end of the year.

Yes, the extension is for everyone. I will simply wait with awarding medals until January.

Thanks a lot for the quick action, Matt!

This extension is most welcome news. I’m nearly done, but work has crept in a bit heavy this month and the Christmas break should prove fruitful for modeling. Thank you Jesper!

Did some sanding of the shuttle this afternoon. It sands really nicely and most of the more noticeable print lines soon disappeared.
Little bit of Mr Surfacer was needed on a couple of the deeper ones. These are mostly around angled edges. 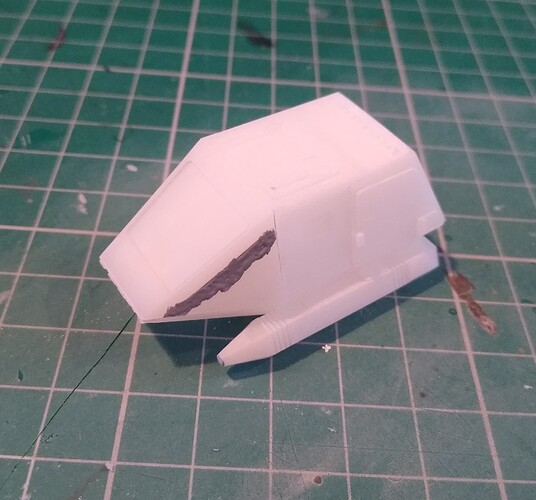 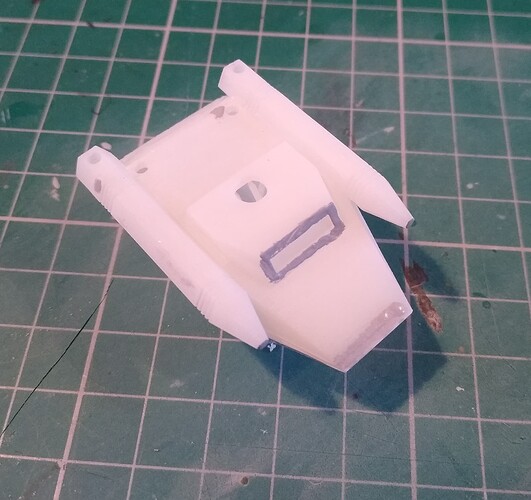 Should be ready for a spray with primer tomorrow.
The model is difficult to photograph at this stage. The plastic has a slight translucent quality and most of the fine details don’t show up. It should pop more after some paint.

Gave the little shuttle a quick spray with some primer this afternoon. Had just enough in the can for it. Need to add a new one to the shopping list. 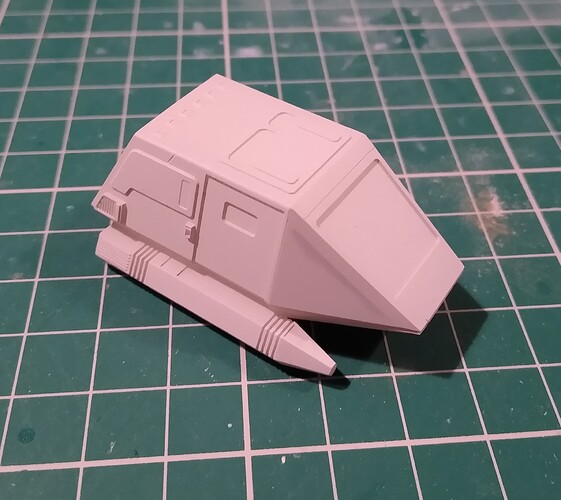 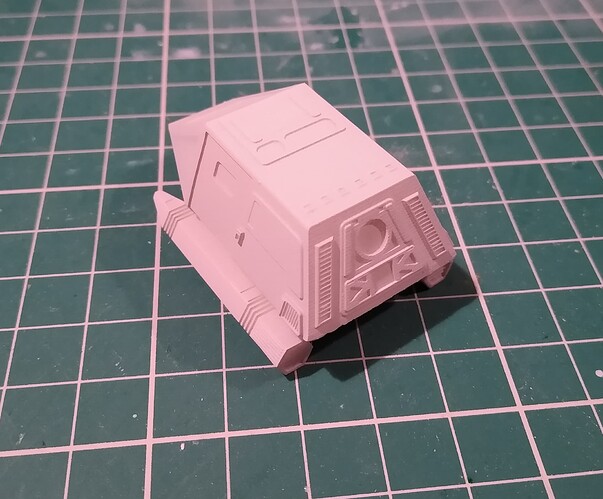 The fine details have really come out now. I’m liking this one a lot!

A couple of areas still need a little bit of work, but definitely on course to have this one finished by the end of the year.

It looked very bland in the original images but with that primer on, it has completely transformed it. It looks a nice and well detailed hull.

Definitely! There was a lot of detail that was invisible before. Especially the vents and thrusters on the rear quarters.
Some careful painting and washes will be needed to bring it all out. Might try a bottle of Tamiya’s panel liner.

Zon, glad you could use the extension

Yeah I was very impressed with the quality of the printing. Most of the noticeable lines were on angled surfaces, but they disappeared under a bit of Mr Surfacer and a light sand.
There are a couple in some awkward places on the rear. They’re among all of that detail so not easy to remove. I’ll do what I can, but I might have to live with some of them. For example the lines in the rear porthole. I might just tell myself they’re some sort of screen. It’s not supposed to be a crew compartment anyway, just for cargo.

On the return trip from my sister-in-law’s home in Florida we stopped at a few antique shops. Antique City on I-75 Micanopy has a huge toy section in the back and they have a Star Trek section with several kits.

They had the Kazon raider as well as two versions of the Enterprise-C: one came with a fiber optic lighting kit. Hadn’t been to that mall in about five years and none of that stuff was there then; change of ownership seems to have done wonders. The Star Wars section didn’t have much in the way of kits other than the newer Revell final trilogy kits but there was a lot of other SW gear I’d not seen before.

I didn’t buy any of the kits as our rule was presents for others right now until 12/25 and I already gave my wife my list. Also, I noted the ‘C’ has just been re-popped with new parts (clear) so I’m waiting for that one.

Some good finds there.
I remember the fibre optic kits were big ticket models back in the day. Usually around twice the price of the standard model. The Romulan Warbird and DS9 were ones I always wanted.

More work on the shuttle this afternoon.
A close look at the back end revealed that the panel detail was a little blobby. There should be three panels here. 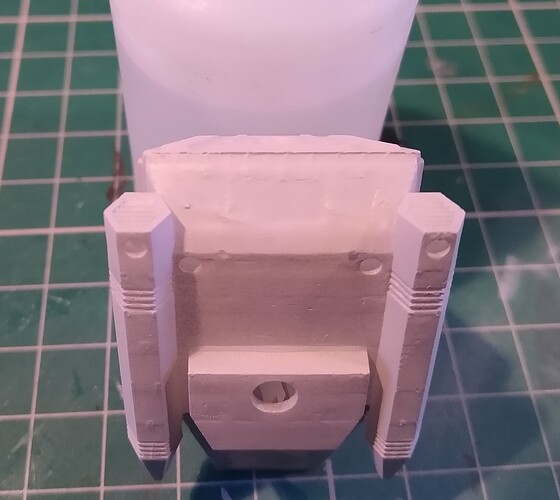 Sanded it flat and scratched them from thin plastic sheet.
But tricky to line up. The engine pods and small size made measuring and marking difficult, but I think I’ve got them lined up. 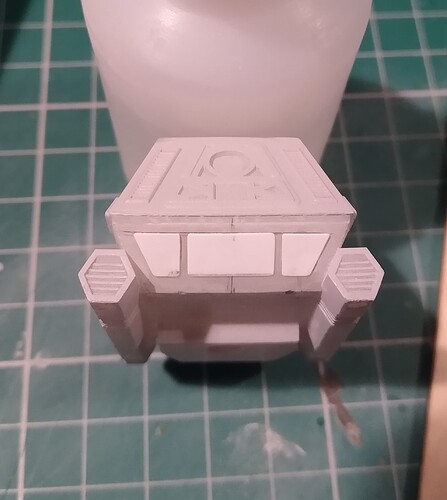 Looking good there, and nice additions to the rear.

Thanks John. It’s about the only thing I’ve had to correct and it was an easy fix. It’s probably due to the limits of 3D printing can do.

Unless anything else comes up, I’m hoping to get a coat of paint on tomorrow.