The Diorama Police have released the following images… 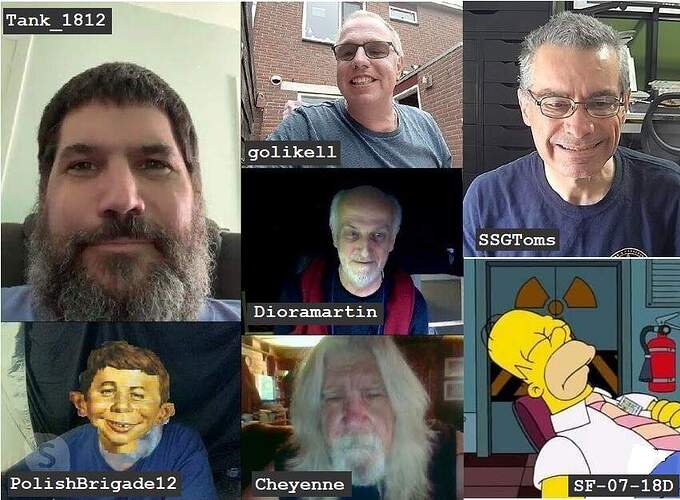 Suspects have been identified as Kitmaker members responsible for crimes against plastic & other materials, at large across three continents. Informant reports their Skype meeting was held in a highly convivial atmosphere over four hours. It remains unclear how many of the offenders were in disguise.

Two of them look a little familiar…

Nice to put a face to the posts

Before I plea guilty, I want to know what the consequences will be…

Reminds me of the PIFWCs posters in Bosnia!

Yeah lol reminds me of the posters in our guard shack at Erlangen Germany in ‘85 of the Red Army Faction !

And slowly but surely they had an “X” superimposed when they were killed or committed suicide; happy days!

Yes absolutely correct I forgot to mention that! When I left in ‘87 there was a lot more red Xs on that poster than when I first got there.

That is a very dodgy Septet if ever I have seen one … well, apart from from Homer … he’s the man lol

It was strangely satisfying, but they were evil bastards who got what they deserved in my book. I wish I’d kept one of those posters now - just for the record.

If others are a bit mystified as to what we’re on about, in the 70s a terrorist group known as the Red Army Faction kicked off, home grown in the then Federal Republic of Germany, causing murderous mayhem; wanted posters were produced: 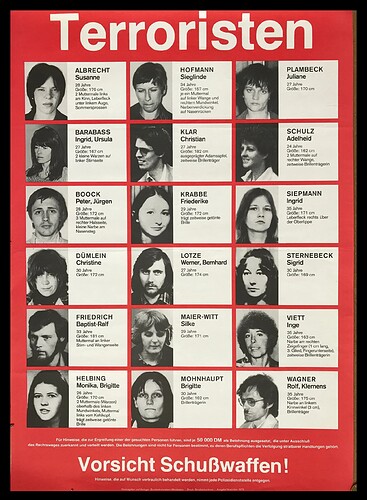 My earlier comment re PIFWICs - Persons Indicted For War Crimes referred to similar posters issued in the Former Yugoslavia under NATO auspices: 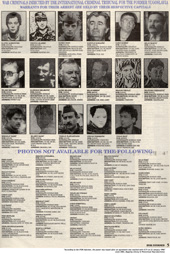 Yes Brian I remember the posters from Bosnia too ‘97-‘98.
I recall being amazed at how many women were on those posters in Germany, made me a little more cautious when chasing women downtown lol. And you’re right they were evil !

made me a little more cautious when chasing women downtown

They were normally the honey trap, and the more evil than all the rest… safer just to get smashed in the Sqn bar lol

That’s just reminded me of the somewhat old Brit military abbreviation for, ahem, the type of woman who, er, disappoints “BOBFOC” - Body Off Baywatch, Face Off Crimewatch" - Crimewatch being a Brit TV series replete with criminal-poster type images.

A surrpisingly accurate description I always thought (when appropriate of course) - and bloody funny - but then, I’m easily amused.

Are we from now on the Kit maker Criminals?

Ha! You think their bad? Look at the Micro Machines Podcast! 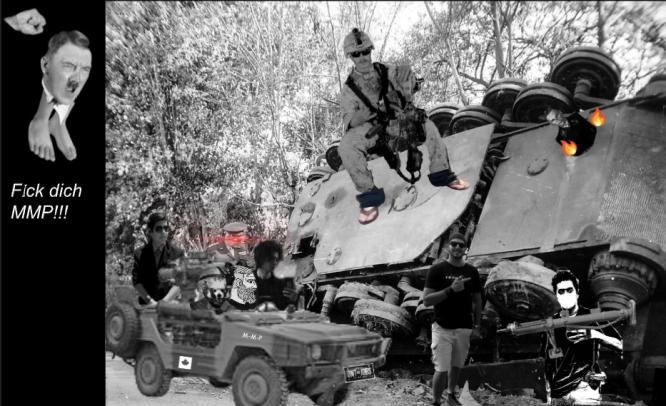 From left to right you have:

Me, @hobby1sh, Gregg, @Columbus, and of course @DennisatAutoloader
(With guest appearances from Hitler and the dawgs, Eisenhower, a Red Panda and burning Michael Wittmann)

I even overheard the following, just to explain how the term went down (which is I’m sure, unneccessary):

Off-Duty Soldier 1: “Cor, fancy that one over there Mate”.

Me: reduced to hysterics.

Well, personally, I think I’m the most handsome of the bunch,…but there ya have it, HA!